If you think this episode’s scrap metal eagle was big, or Len Hughes’ matchstick replica of the Statue of Liberty was intricate, get ready for patriotic photographer Arthur Mole!

Fire up the grill—it’s 4th of July weekend! From a massive scrap metal eagle to Mike Drummond’s miniature Statue of Liberty carved into a toothpick, this week’s episode is peculiarly patriotic.

If you think this episode’s scrap metal eagle was big, or Len Hughes’ matchstick replica of the Statue of Liberty was intricate, get ready for patriotic photographer Arthur Mole!

Arthur Mole was a photographer with an unusually large imagination, taking pictures of tens of thousands of painstakingly organized soldiers on the ground using a regular camera from an 80-ft tower. Viewed from this height, the troops formed vast portraits of patriotic and military symbols. 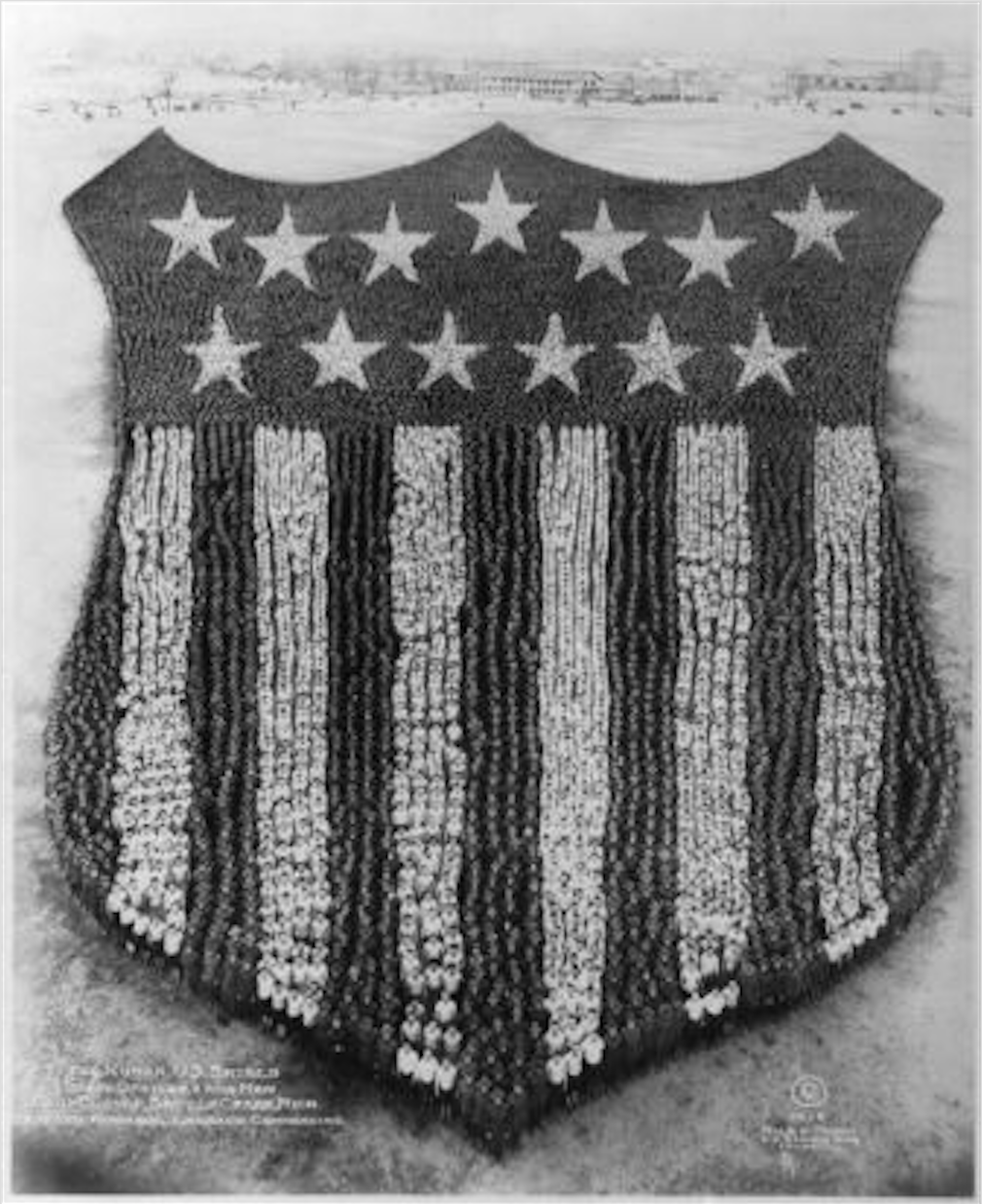 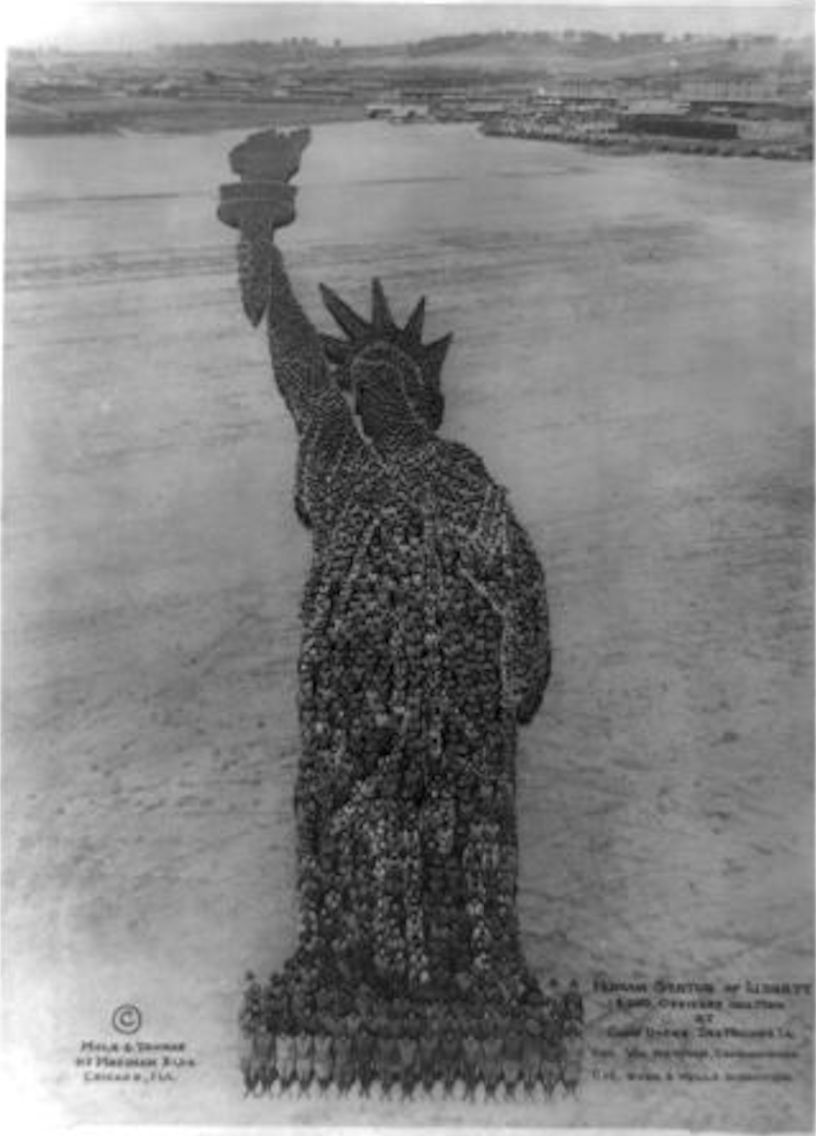 Mole’s Human Statue of Liberty was almost eight times the height of the real statue in New York.

Working as a commercial photographer in Chicago in the early 20th century, Mole saw an opportunity to make inspiring pictures that would encourage support for U.S. troops during World War I. He would spend at least a week organizing each photograph with his colleague John Thomas, directing the assembled troops with a megaphone according to a picture drawn on the lens of his camera. Assistants would then trace the outline with extremely long pieces of lace, enabling him to determine precisely how many troops he would require for each photograph.

Arthur Mole’s most famous creations were captured in 1918. Twenty-five thousand soldiers from Camp Dix, New Jersey, stood as one to create The Human Liberty Bell, and 18,000 men assembled to Mole’s orders in a vast rendering of the Statue of Liberty that stretched for 1,200 ft.

Possibly his most dramatic image involved 21,000 men at Camp Sherman, Ohio, to make The Living Portrait of Woodrow Wilson—the U.S. president at the time. 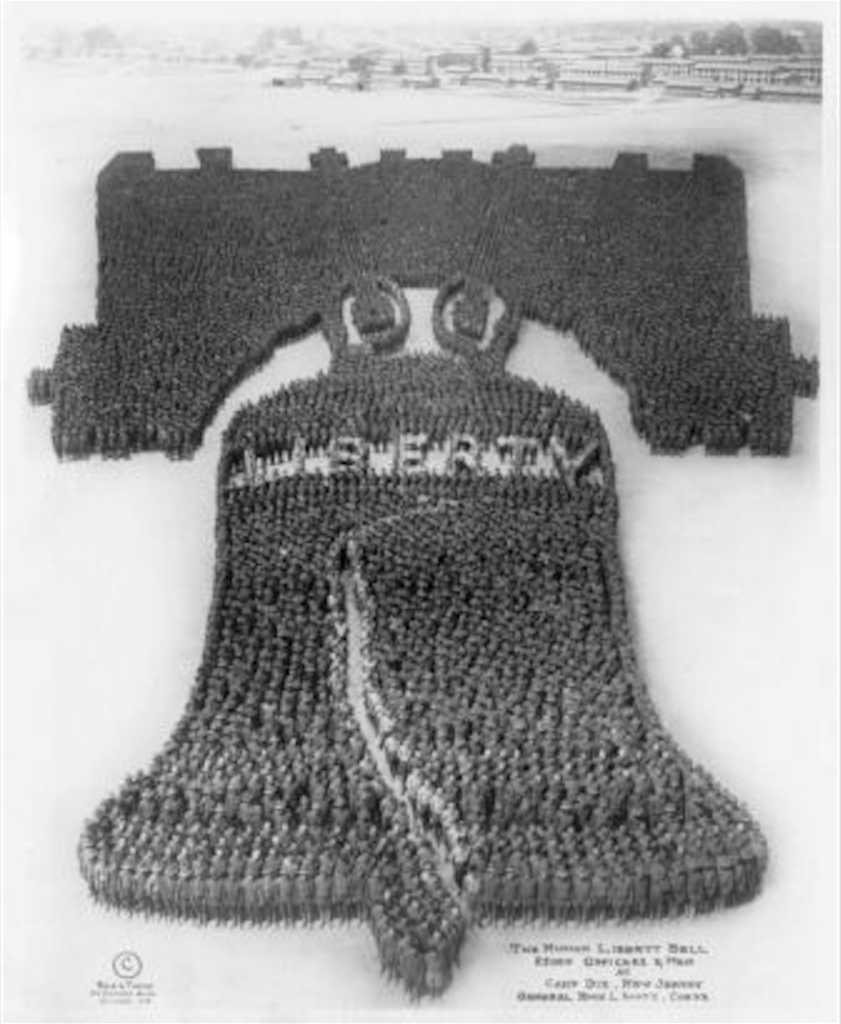 The Human Liberty Bell, made with the help of 25,000 troops.

Next post Could Alligators Survive In The Sewers Of New York City?