Rocky Stoutenburgh, a.k.a. "RockyNoHands," is a popular internet personality and the world’s best Quadstick gamer.

Rocky Stoutenburgh of Southgate, Michigan, is a massively popular Twitch streamer and professional gamer signed to Luminosity Gaming. If you were just watching Rocky’s gameplay, you likely wouldn’t know he was playing entirely with his mouth! That’s right, Rocky is a gamer with quadriplegia and does all of his streaming, editing, and gaming with the use of his mouth and a custom controller!

Where It All Began

For most of Rocky’s young adult life, he spent his time going to school, playing sports, and hanging out with his friends. Along with a passion for hockey, Rocky also found a love for weightlifting and spent a considerable amount of his free time in the gym bodybuilding.

That is, until the night Rocky’s life would be forever changed. While at a party, Rocky got into a playful wrestle with a friend and ended up falling and landing on his neck. The impact immediately left Rocky paralyzed from the neck down.

For someone who spent so much time being active and using his hands, having all of that taken away in a split second was a dark and confusing moment for Rocky.

Although Rocky experienced unimaginably hard periods coming to terms with his life after the accident, his family helped him stay in good spirits and never allowed him to lose sight of who he was inside.

In fact, it was Rocky’s brother who ultimately stumbled on the QuadStick, a mouth-based video game controller developed specifically for people with quadriplegia. At first, Rocky was apprehensive to try the controller, but his brother knew that once Rocky had the QuadStick “in mouth” it would only be a matter of time until he was the best. 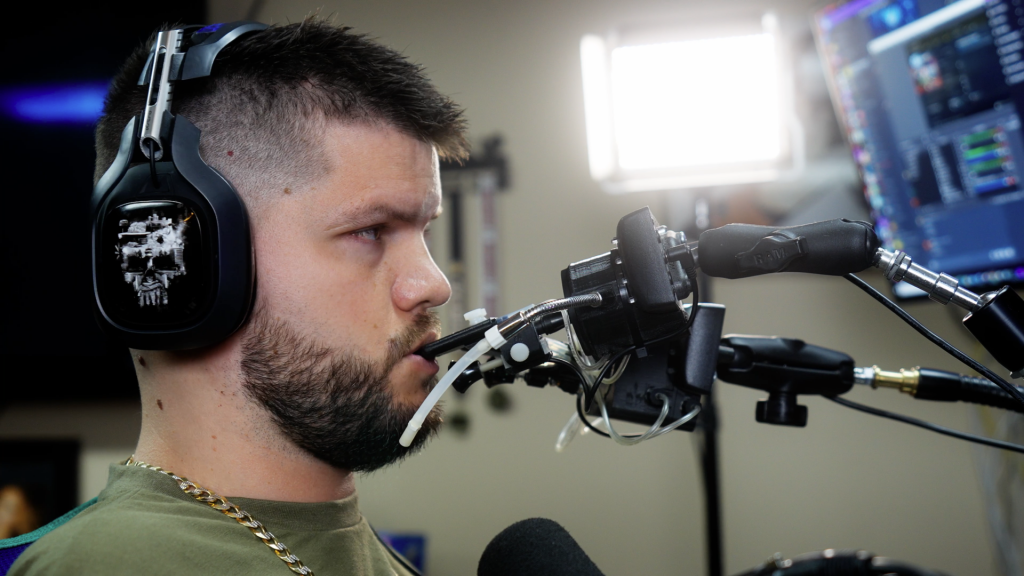 Rocky in action with the Quadstick.

His brother was right, and before long Rocky was beating his family and friends at games with ease. At his brother’s suggestion, Rocky began streaming himself playing battle royale games in 2016. It was not long after that when everything began to change for Rocky.

Now Rocky has more than 70,000 followers on Twitch, where he goes by RockyNoHands, and is the first gamer with quadriplegia to join a professional esports organization! Believe It or Not!, Rocky has also set numerous world records for his incredible gaming abilities.

Rocky has gone on to inspire countless others to pursue their passions and not be afraid of what people may say or think. Rocky has been a major support for those in the gaming community with disabilities and has made a point to reach out and act as a mentor for those struggling with the process. 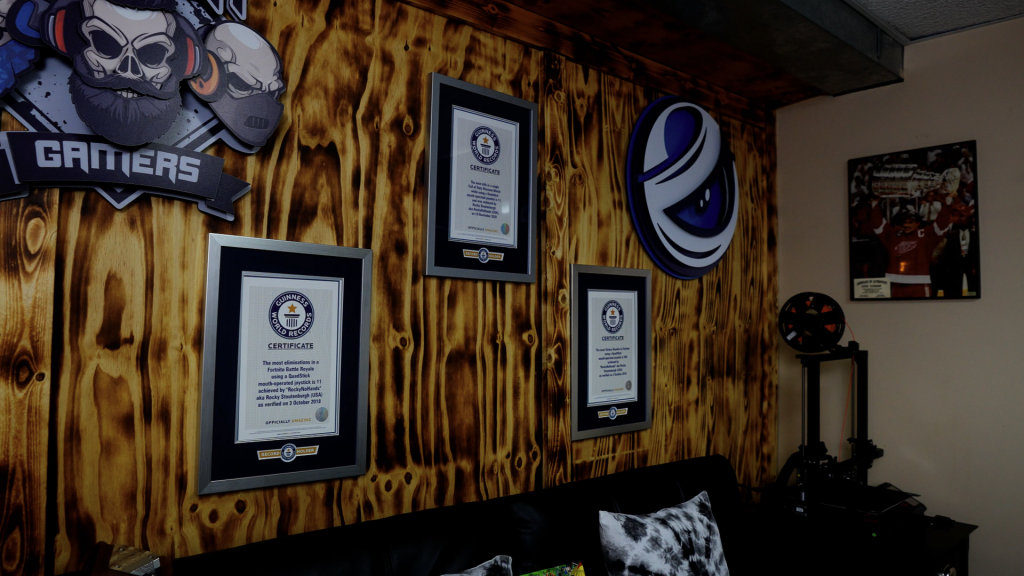 Rocky’s accomplishments have greatly encouraged other people with disabilities and brought awareness to the need for accessibility in gaming.

Next post 91 Days and 2,000 Miles: Man Kayaks from California to Hawaii