The First Synthesizer Was Invented by a Codebreaker in the 1940s 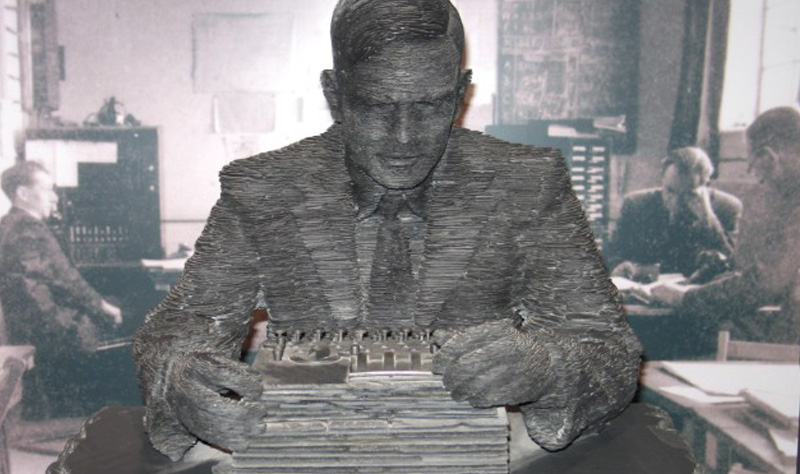 Known as the father of artificial intelligence and the key to cracking the German military’s infamous Enigma Code, Alan Turing was an undoubted genius.

Being such a genius, though, he tended to invent things without even realizing it.

In the 1940s, Turing discovered he could make his massive early computer generate programmed clicking noises at set intervals. At first, he used this capability to make the first ever computer notifications, not to jam out.

You might not think of a click when you listen to electronica today, but Turing found that if he timed the clicks just right, he could get the human ear to hear a single, steady C note.

Turing, however, didn’t quite appreciate the computer’s musical potential. He was happy enough with his alarm signal.

At the time, this was longest computer program ever written, and astonished colleagues along with Turing himself.

Teams of programmers went on to program more songs for the computer to perform.

Turing actually made recordings of three songs played by his computer. They were “God Save the Queen,” Baa Baa Black Sheep,” and Glenn Miller’s “In the Mood.”

Because the recording had become so distorted over time, it took University of Canterbury’s Jack Copeland and Jason Long painstaking effort to clean up the recording.

Though many notes could be synthesized by the computer, others were simply impossible for the machine to produce.

This made songwriting a tricky job because the amount of notes available were physically limited. In fact, scientists were sure the restored recordings were not intentional because many of the sounds were impossible for Alan Turing’s computer to produce.

It wasn’t until transistor computers arrived that electronica and chiptunes became popular.

Next post Donkeys Wear Pajamas on this Small French Island