The Mystery Of Ambrose J. Small, The Missing Millionaire

A string of wild claims, rumors, likely theories, and fantastical ones continue to swirl around Ambrose J. Small and his disappearance. 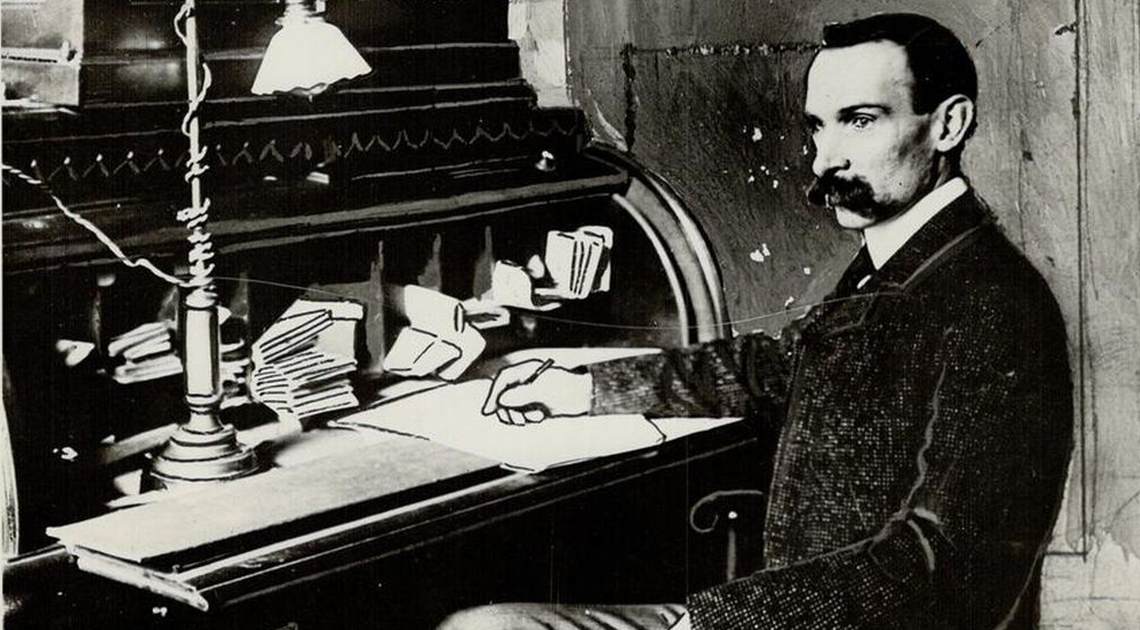 From the outside looking in, the glamorous lives of the rich and famous seem like a whole new world. It’s easy to become entangled with their everyday drama, scandals, and outlandish purchases. Sometimes, though, millionaires make the headlines for other curious reasons.

Ambrose J. Small, an Ontario theater magnate, made millions and owned some of the most stunning theaters in the country. A giant in his field with the world at his feet, he disappeared without a trace over a century ago!

Small was born in Canada West in February 1866. The family later moved to Toronto, where his father, Daniel Small, went on to manage the magnificent Grand Hotel. The building is right next door to the equally decadent Grand Opera House—where Ambrose J. Small began as an usher in the mid-1880s.

At the close of the decade, a dispute between Small and the Grand Opera House’s manager, Oliver B. Shepard, ended with Small’s parting ways from the establishment to take up a new job at the Toronto Opera House. His time working at the popular venue paid dividends, and he rose through the ranks, eventually becoming manager. In short order, incredibly, he made enough money to pay the Grand Opera House’s mortgage and gave Shepard his marching orders.

In the years that followed, Small became the face of theater in the city. Profiting from an alliance with Detroit theater powerhouse, Clark J. Whitney, plus his own knowledge of the business and ruthless acumen, he soon controlled over thirty theaters both inside and outside of Ontario. His rise was astonishing and made him a force to be reckoned with, but his ‘fall’ would be so inexplicable that it baffles researchers over a century later.

On December 1, 1919, Small completed the greatest business deal of his remarkable career. All his theatrical holdings went to Trans-Canada Theatres Ltd., for the princely sum of $1,700,000. One million dollars were paid by check, there and then. However, this extraordinary deal would prove to be the last Small is ever known to have made. The very next day, he vanished without a trace.

On December 2, Small and his wife made arrangements to meet with Small’s attorney, E.W.M. Flock, to complete the deal. They left their home in Rosedale, Toronto separately, rendezvousing, along with Flock, at the Grand Opera House early in the afternoon. Shortly thereafter, Small took his wife to a nearby orphanage where she volunteered, before returning to the opera house to continue dealings with Flock. The attorney would be the last known person to see the millionaire, as Small didn’t return home after he left their meeting at 5:30 in the evening. 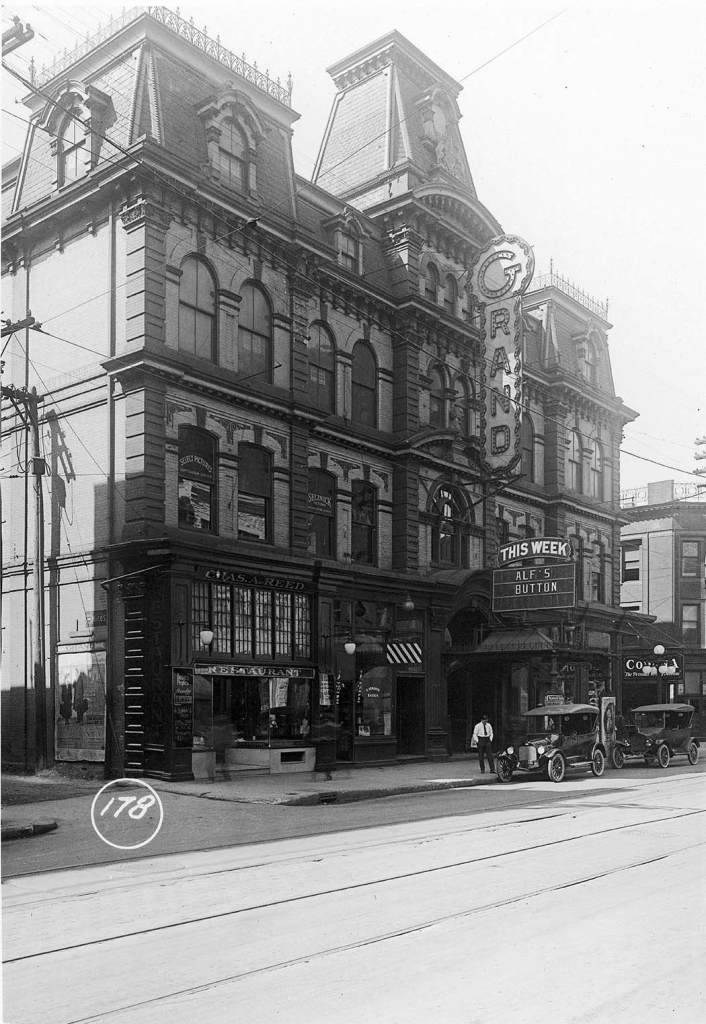 The Grand Opera House in Toronto, where Small was last seen

As Ambrose J. Small was frequently absent from home on various business dealings, it wasn’t until two weeks later that he was officially labeled as missing. Leads and ‘evidence’ of all sorts began to reach the police,—particularly after a reward of $50,000 for finding Small alive was issued by his wife, Theresa Small—but nothing concrete came out of the speculation and theories. Everywhere from the basement of his mansion to Toronto Bay was searched for his remains, but nothing ever emerged.

Was there a reason to suspect foul play? Well, Small wasn’t exactly a model citizen or husband. A ruthless businessman, he was known for gambling away large sums, gallivanting with women and a string of mistresses—a fact of which Theresa Small was well aware, and was rumored for partaking in a fixed high-profile horse race. He was also known to be very cold towards his wife, whose wealth, via her family’s brewery, had helped him reach the top of his career in the first place.

Known by some as a scoundrel, gambling addict, and cheat who cared nothing for the less fortunate, Small was no figure of virtue in the community. In fact, journalist Hector Charlesworth, who knew Small, wrote in his More Candid Chronicles, “If I heard once, I heard a score of times the ominous words: ‘Somebody will get Amby some day.’” If somebody did indeed ‘get Amby,’ they were never found, and nor was he. 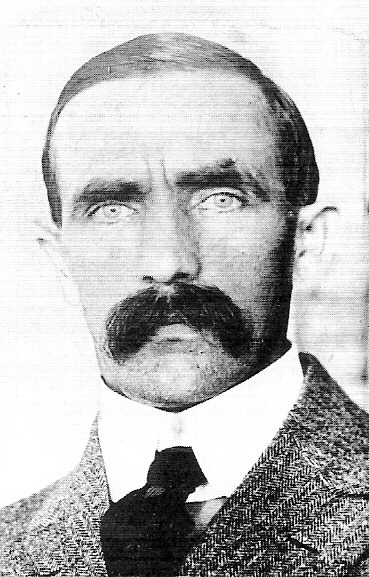 There were promising leads. The police intercepted a message stating “Hold Small until tomorrow morning. Don’t let him go under any circumstances,” which was sent to a New York shopkeeper. The message was sent by a person known only by “S.H.,” and an investigation in New York led nowhere—as did theories that Small had been abducted by a very early flying saucer.

The finger of blame was pointed at several people: Theresa Small, perhaps enraged with her husband’s gaudy antics and infidelity. Small’s maiden sisters, Florence and Gertrude, who Small had been financially supporting after their father’s latest marriage and were now passed over for that money, in favor of Theresa. And the most practical suspect—John Doughty, Small’s secretary, who had disappeared himself along with $105,000 in bonds from the theater tycoon’s safe! 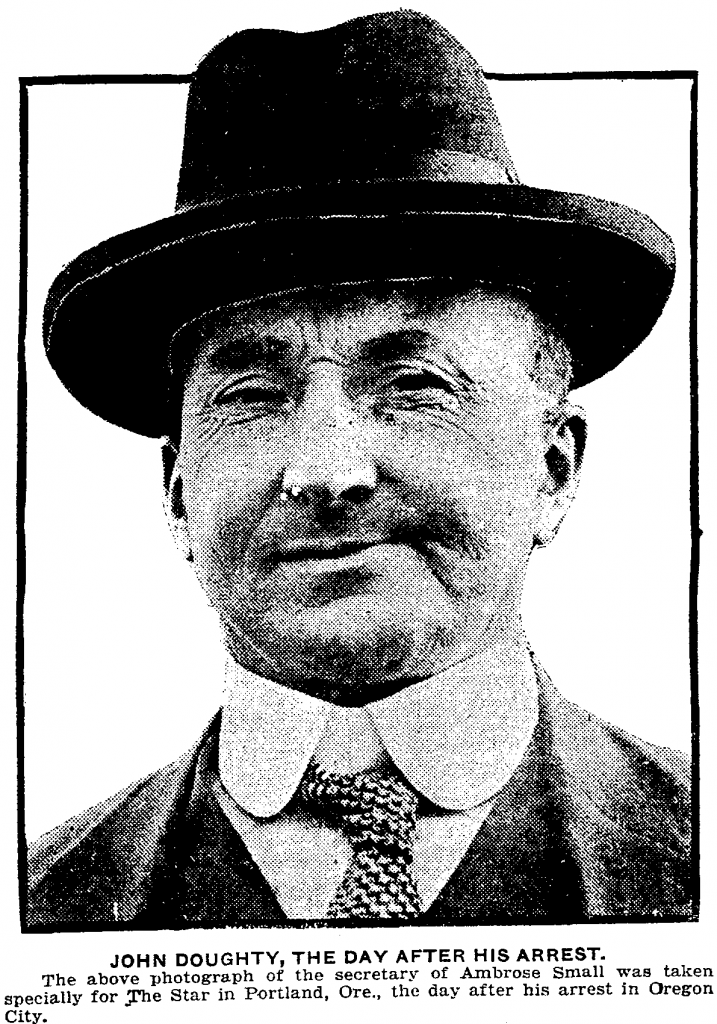 In yet another intriguing twist to the story, Doughty was found almost a year later in Oregon—presenting the police the bonds, which had been stashed in Toronto, on his return—and collared for theft and an alleged kidnapping bid. He claimed at his trial that he had been doing business on Small’s behalf with the bonds, giving them to his sister Jean for safekeeping after Small’s disappearance scuppered his work. This was why he had fled himself, he stated. The fact remained, though, that Doughty had always complained about the low pay he received from Small. At the trial, the claim emerged that he had approached a number of fellow employees with a kidnapping plot.

In the end, Doughty was sentenced to six years’ imprisonment. Theresa Small was awarded $800,000 of her husband’s estate and an allowance of $30,000, against which Florence and Gertrude made claims of their own. The $800,000 ruling was quickly overturned, with a demand that Mrs. Small pay back the money until she can prove she has a true legal right to it. Trials followed, which demanded Theresa swear via affidavit that Small was deceased.

It wasn’t until April 24, 1924, that a legal agreement was reached between Theresa, Florence, and Gertrude. Theresa came away with a $2,000,000 fortune and the befuddling case still haunting her. In 1936, the year after his wife’s death, another investigation into Ambrose J. Small’s disappearance arose, along with a letter in which Theresa supposedly confessed to her husband’s murder. It was dubbed a forgery and thrown out of court within five minutes!

And while  In October 1940, Gertrude Small drowned on her wedding night, along with her new husband, in an accident at Wasaga Beach. Florence is reported to have claimed, “I don’t care who likes it. My sister was doped and murdered,” but the tragedy was indeed deemed an accident by the coroner.

A string of wild claims, rumors, likely theories, and fantastical ones continue to swirl around Ambrose J. Small and his disappearance. The declaration of his death was officially made in 1924 and the case closed in 1960, with all kinds of unsubstantiated evidence found in between and since. In the end, we may never truly know what happened to Small that snowy day, but his memory lives on in one of the most infamous, iconic, and unbelievable cases in Canada’s history.

Previous post Forrest Fenn's Treasure: The Search Is Over