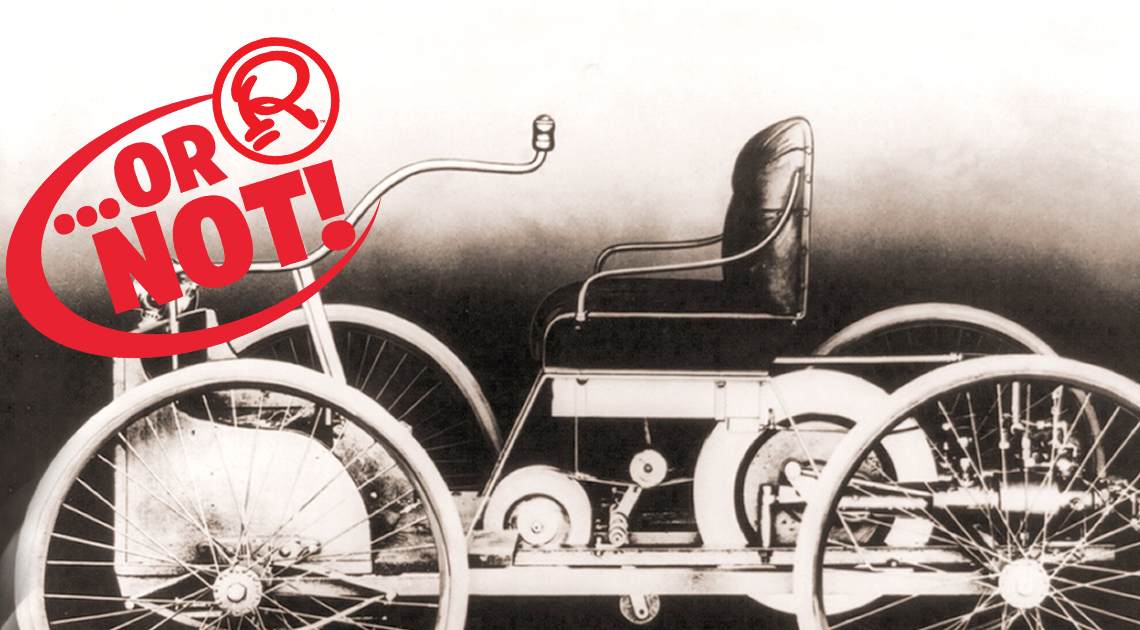 Like the Great American road trip, the history of the automobile represents a long and winding journey. Attempting to pinpoint the origins of the concept proves tricky. Maybe that’s why so many have gotten confused about this technology’s birthplace.

While countless folks take for granted that American engineers created the first cars, nothing could be further from the truth. And if you think the idea for self-propelled vehicles dates to the 19th century, you’re in for even more surprises.

Get ready for a wild ride that would leave Mr. Toad queasy as we celebrate the anything-but-straight path to the invention of the automobile.

Like so many other inventions that would come to define Western Civilization, Leonardo da Vinci dabbled in the concept for the “automobile” in the early 15th century. He did so in the form of a series of sketches showing a mechanized cart. Again, like most of his designs, the idea remained conceptual.

Da Vinci never attempted to bring the mechanism to life. However, some researchers estimate that the gadget would’ve been capable of moving up to 130 feet (40 meters) before requiring recoiling. They base their speculation on the instructions provided by da Vinci, including the spring diameters. 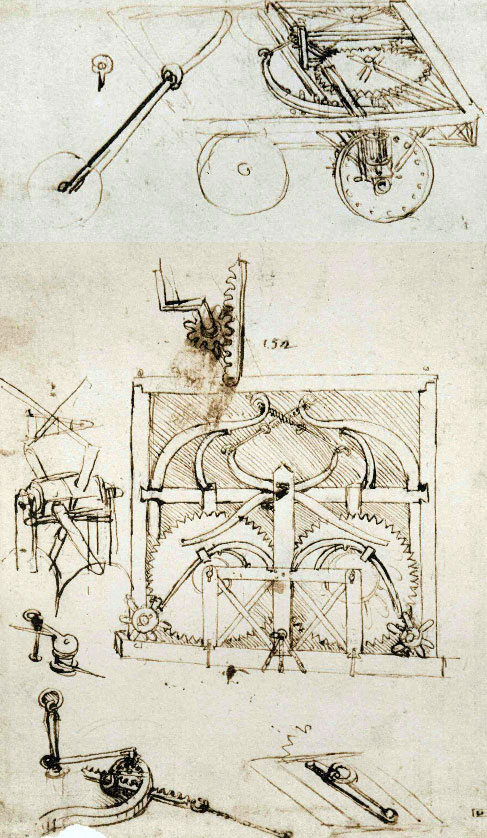 The original design of the self-propelled cart.

Far from a car in the modern sense of the word, it still proved a well-designed, self-propelled machine. A team from The Institute and Museum of the History of Science in Florence set out to recreate the invention, following da Vinci’s specs to a tee. They spent three months designing the three-dimensional representation, crafting its many components from five different types of wood (as stipulated by the Italian master himself.) In 2004, they finished the model and tested it.

The result? The self-propelling cart’s coils and wooden mechanics did, indeed, move it forward. Even more impressive, da Vinci’s invention included a steering column and a rank and pinion gear system, both essential to steering assemblies today. Although the “car” design had no seats and limited endurance, da Vinci’s horseless carriage remains downright steampunk.

When it came to prototypes for the automobile, da Vinci proved among the first to hazard a mechanized, self-propelled vehicle. He had predecessors when it came to making horses redundant, however. The Chinese had sailing carriages for transportation as early as the 6th century AD. The Taoist scholar and crown prince, Xiao Yi, described them in the Book of the Golden Hall Master. Yi noted that Gaocang Wushu invented a “wind-driven carriage” that could carry 30 people at a time. In 610 AD, the Emperor Yang of Sui (r. 604-617) commissioned one according to the Continuation of the New Discourses on the Talk of the Times.

Westerners who visited China in the 16th century, like Gonzales de Mendoza, were amazed by these contraptions. They transported the concept back to Europe, where fantastical experiments soon followed. According to Jacques de Gheyn II, Simon Stevin (a.k.a. Stephinus or Stevinus) of Holland constructed a wind yacht. In 1600, he took Prince Maurice of Orange and 26 guests on a trip from Scheveningen to Petten, passing horses along the way.

Yet, the concept of the self-propelled vehicle evaded Europeans for another century and a half. In 1769, Nicholas-Joseph Cugnot of France constructed a self-propelled vehicle using a steam engine. Designed to move artillery pieces on the battlefield, it operated at two mph (3.2 km/h), stopping every 20 minutes to build more steam.

Of course, internal combustion engines distinguish automobiles from their sailing chariots and steam-powered cart ancestors. While you might think of them as a recent invention, guess again. Their history dates to the 17th century.

In 1680, Christiaan Huygens, the famed astronomer, designed an internal combustion engine powered by gunpowder. A dangerous proposition, Huygens was likely wise to leave this concept in his sketchbook.

A century and a half later, in 1826, Samuel Brown of England altered a steam engine to burn gasoline. He attached it to a carriage creating the prototype of a car with an internal combustion engine. His concept never gained widespread interest, though.

By 1858, Jean Joseph-Etienne Lenoir patented another combustion engine fueled by coal gas. His double-acting, electric spark-ignition internal combustion engine proved both a mouthful and a smashing success. After altering the engine to run on petroleum and improving its performance, he attached it to a three-wheeled wagon. It traveled 50 miles.

By 1873, an American finally entered the inventing frenzy. George Brayton designed a two-stroke kerosene engine less likely to blow up in your face. Literally. Three years later, Nikolas August Otto patented the four-stroke engine in Germany, and by 1885, Gottlieb Daimler invented the prototype of the gasoline version we know today.

But the man who entered history books as the father of the modern car is none other than Karl Benz of Germany. In 1886, he patented the three-wheeled Motor Car or “Motorwagen.” Fully equipped with everything from spark plugs to a throttle system, gear shifters to a carburetor, Benz’s invention smacks of an honest-to-goodness ride. 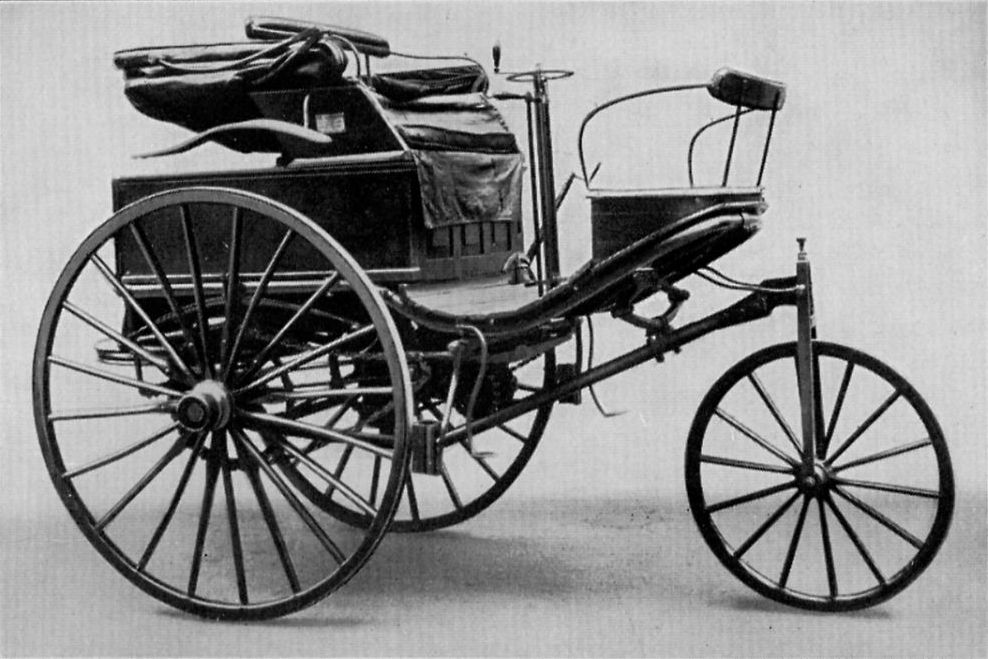 The Benz Patent-Motorwagen Number 3 of 1888, used by Bertha Benz for the first long-distance journey by automobile (more than 106 km or sixty miles).

A handful of electric vehicles also made their mark on early automotive history. By 1881, the French chemist Camille Faure improved the lead-acid battery design by Plante, rendering it a viable choice for drivers. In 1891, the American designer William Morrison successfully built the first electric vehicle. And in 1899, the Belgian race car driver, Camille Jénatzy, set a new land speed record of 62 mph (100 km/h) in his hand-crafted electric race car.

German automotive engineer Ferdinand Porsche designed the first hybrid vehicle in 1900. Even Thomas Edison got in on the action in 1907, developing a nickel-alkaline battery that proved more durable and less hazardous than lead-acid batteries. His invention never caught on because of its high initial cost, though.

Nonetheless, electric cars continued to gain attention and recognition. The first automobile race on American soil was a 52-mile dash between Chicago and Waukegan, Illinois, held in 1895. Two of the six entrants in the competition drove electric automobiles. By 1900, one-third of all cars on the road were electric, and the New York City taxi service boasted a fleet of 60.

How Automobiles “Became” American and Gas-Powered

In 1908, everything changed, however. That’s when Henry Ford introduced his inexpensive Model T to the American public. The high-quality, gas-powered vehicle quickly gained in popularity. In turn, it signaled the demise of electric and hybrid cars and the advent of America’s car culture. Over time, cars have become so synonymous with the United States, that many have come to assume Americans invented them. In reality, this couldn’t be further from the truth. 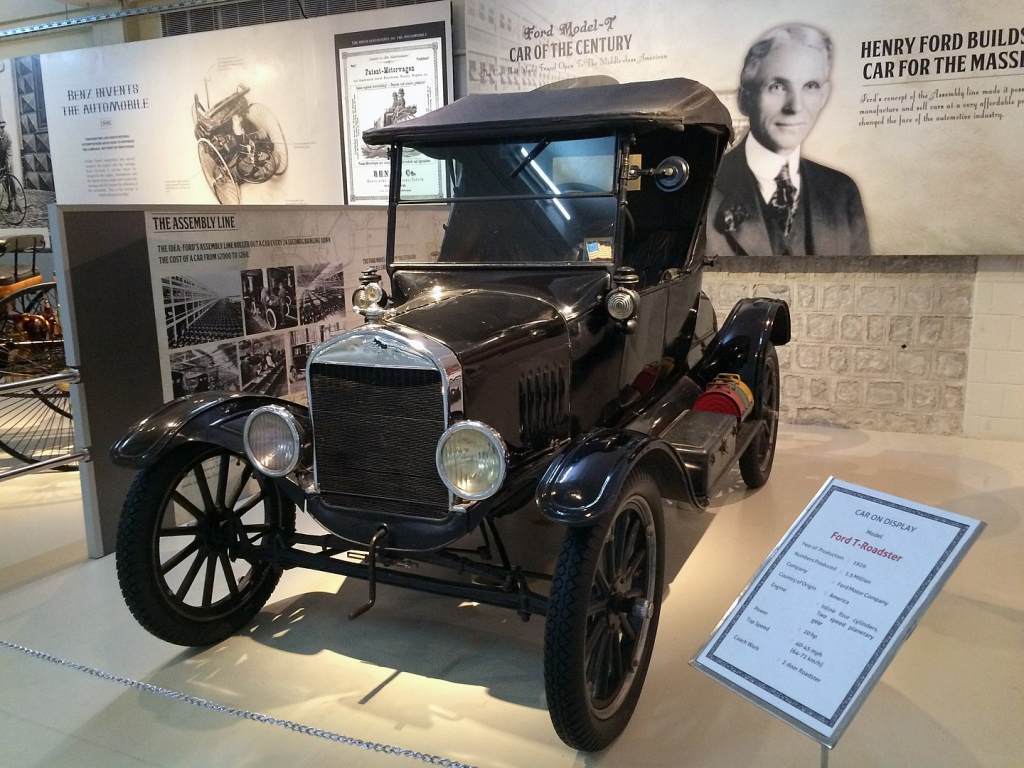 The history of the automobile is surprisingly colorful and circuitous. Stretching back to the 6th century AD in China, people have remained fascinated by the idea of horseless travel. Many great thinkers, from da Vinci to Benz, have contributed along the way. What Americans such as Ford did do, however, is transform them from fun inventions into essential parts of daily life. 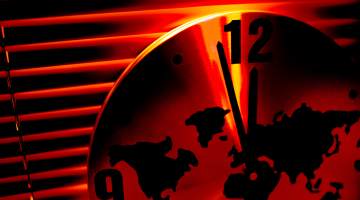