Amputee soccer is played on crutches.

Jamie Tregaskiss loves soccer. When he was six or seven, he kicked around his first ball and was soon on the field with friends. Taking to the sport quickly, he was 11 when he was scouted by Manchester City and put on a track headed for the pros.

Tragically, at 13, he felt sudden soreness and weakness in his left leg. At first, he shrugged it off as a soccer injury that would soon pass. As Tregaskiss began to suffer from rapid weight loss and fatigue, doctors decided to investigate further, eventually, they found osteosarcoma, a rare type of bone cancer.

Doctors tried to shrink the tumor, putting Tregaskiss through chemotherapy. He missed school and lost his hair, but the procedure wasn’t enough. Surgeons had to amputate his leg.

Sad he wasn’t able to play football during treatment, he was dumbfounded to think he would never be able to fulfill his dreams of becoming a professional soccer player.

“My dreams were crushed because I never thought there was a way I could become a professional.”

In the hospital, Tregaskiss met another amputee patient. He introduced the crestfallen athlete to the world of amputee soccer. Watching his first game, Tregaskiss was impressed with how demanding and difficult the game looked.

“But I liked it, and went down to have a go once I was fit enough to.”

Amputee soccer is played on crutches, with athletes bounding down a slightly scaled down field. Players have to chase and kick the ball, jump for head-butts, and fight off other players all on one leg. Already trained to have excellent ball control and game sense, Tregaskiss has quickly become one of the best players in amputee soccer. 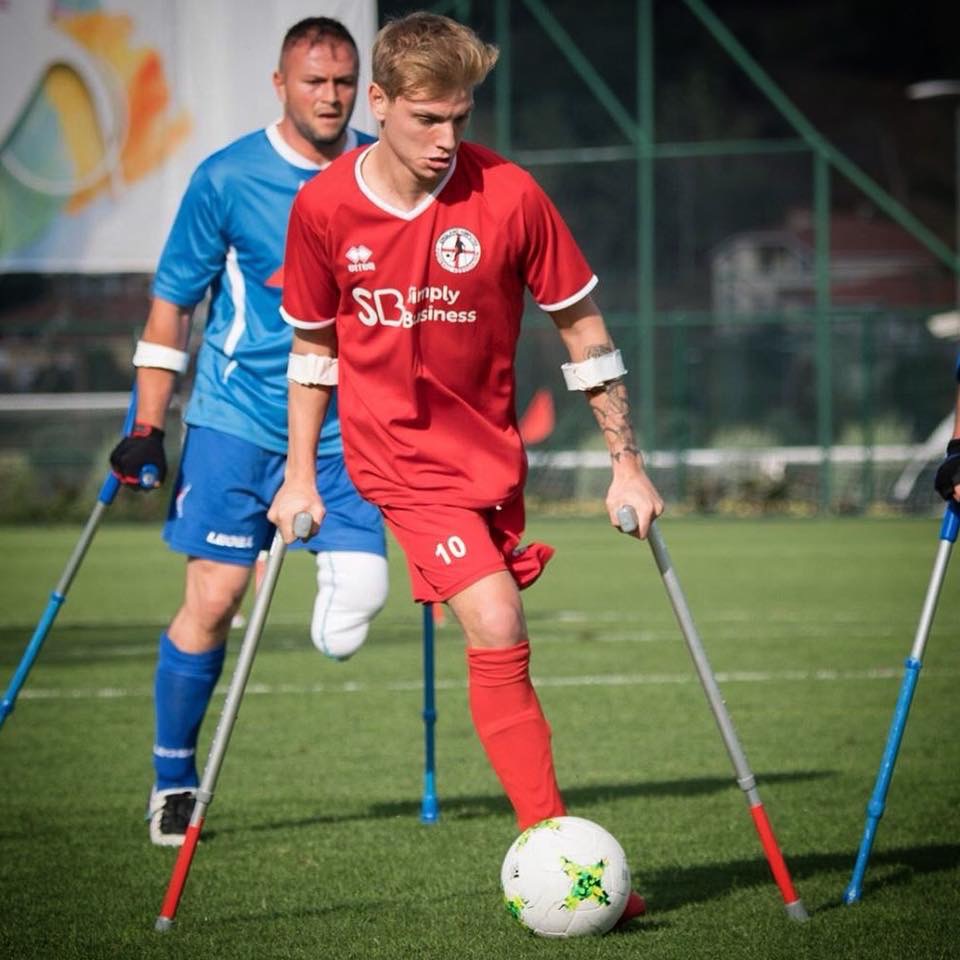 Playing for Manchester City’s team, he now travels around the world competing in the sport’s competitive league. You can keep with him on his Facebook fan page and on Instagram.

Next post Science Says No, Your Urine Is Not Sterile