Let’s take a bite out of this proverbial 19th-century wisdom. 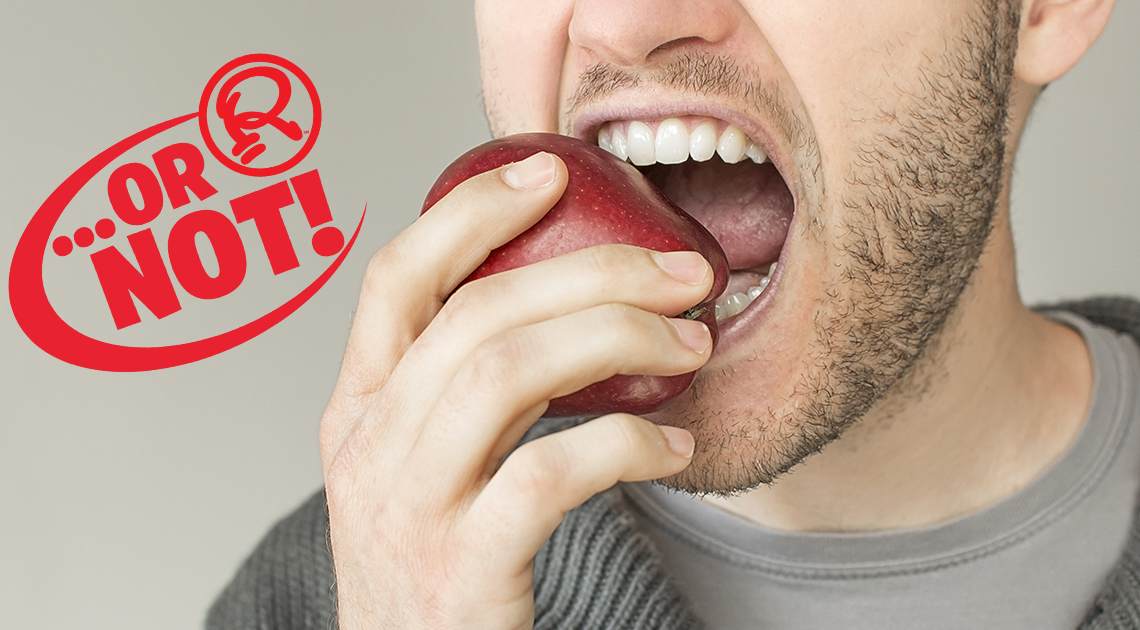 We’re all familiar with the advice, “An apple a day keeps the doctor away.” But where did the saying come from, and is there any truth to it? The first mention of this sage advice appeared in print in 1866 in Pembrokeshire, Wales. It had a slightly different ring to it, but contained the same basic message: “Eat an apple on going to bed, and you’ll keep the doctor from earning his bread.”

Fast forward 154 years, and the “apple a day” phrase has come under new scrutiny. Researchers conducted a recent study that largely debunks the phrase. They have demonstrated that consistently eating apples does not appreciably reduce doctor visits. However, these studies do still point to exciting benefits associated with noshing on the so-called forbidden fruit.

Let’s dive into the hype associated with apples as the antidote to medical doctors.

The predecessor of the “apple a day” saying originated in the United Kingdom. But it gained popularity in the United States during the early to mid-20th century. One of the primary reasons for this? The US government’s campaign to wean Americans off apple beverages.

You see, America had a drinking problem, and it went by the name of cider. In the early 19th century, when Ohio and Indiana were veritable frontiers, Johnny Appleseed dedicated his life to planting apple orchards. And he wasn’t alone in his zeal to “civilize” the west with these fruit-bearing trees. 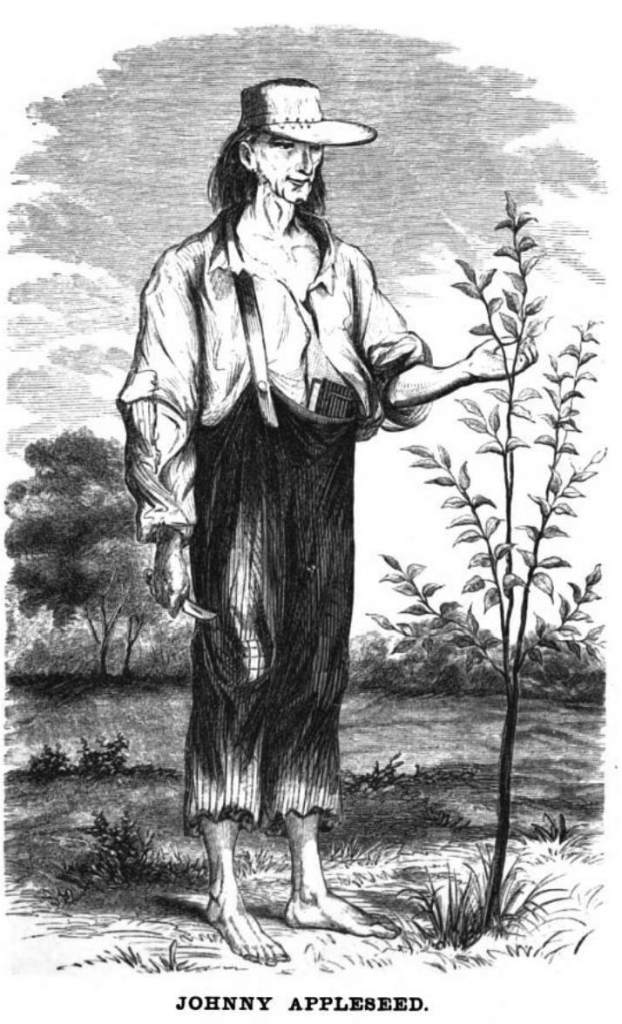 Only the apple trees settlers worked so hard to cultivate didn’t bear the sweet, ruby-colored fruit we prize today. Instead, they produced “spitters.” The kind of sour apples that you spit out after one bite. This fact begs the question: what was this inedible produce for? Crafting hard apple cider.

The FBI Wages War on Apples

Hard apple cider comprised more than half (10.52 ounces) of daily liquid consumption among settlers. Considering the average American’s water intake today is around 20 ounces, settlers drank a lot of alcohol. Howard Means, author of Johnny Appleseed: The Man, the Myth, the American Story describes the average frontiersperson as living “through an alcoholic haze.” To make a long story short, as Prohibition gripped the country in the 1920s, the FBI had an apple problem.

In response, they waged physical war against the orchards once planted by Johnny Appleseed and others. They also forced apple growers to shift how they marketed their harvests. Suddenly, apples transitioned from being the source of bubbly, intoxicating brews to a nutritional snack. According to Means, “Apple growers were forced to celebrate the fruit’s… ability, taken once a day, to keep the doctor away.”

The FBI’s campaign proved highly successful. They crippled America’s homemade cider-making industry. And they repurposed apples as one of the world’s healthiest snacks. A food so powerful it negated the need for doctors. But is there any truth to this proverbial saying?

What Science Says About Apples

In 2018, a group of doctors decided to study the impact of daily apple intake. They published their findings in Jama Internal Medicine. According to Matthew A. Davis, Ph.D., MPH, DC, and lead author of the study, “To our knowledge, the association between daily apple consumption and use of health-care services has never been rigorously examined.” 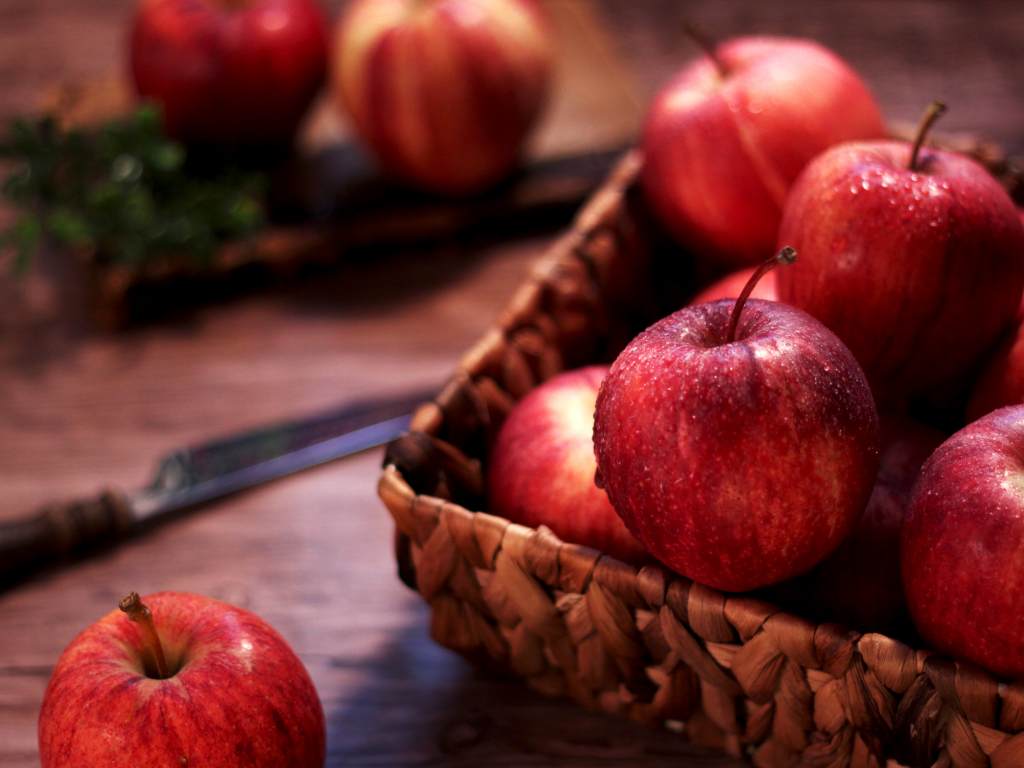 So, the researchers analyzed data from 8,399 eligible adults who completed a questionnaire about their daily diets. The questionnaire was part of the National Health and Nutrition Examination Survey, administered between 2007-2008 and 2009-2010. The results? Of the group, 753 individuals self-identified as daily apple eaters.

Keep the Pharmacist Away?

Researchers decided to analyze the medical histories of daily apple eaters to see whether or not they experienced a reduced need for medical care. Since the average American receives one annual exam each year, they used this as the baseline for the study. They wanted to know if apple eaters proved better at avoiding two or more physician visits per year.

After adjusting for sociodemographic and health-related characteristics, they reported no difference in the number of visits they took to the doctor (as compared to non-apple eaters). Apple eaters were also no better at avoiding overnight hospital stays or mental health checks. That said, the apple eaters had a slight advantage in one area. They required fewer prescription drugs.

The study’s findings have beneficial implications for public health. As Davis argues, “Although some may jest, considering the relatively low cost of apples (currently $1.13 per pound of Red Delicious apples), a prescription for apple consumption could potentially reduce national health-care spending if the aphorism holds true.” In other words, maybe it’s time to revise the saying to: “An apple a day keeps the pharmacist away.”

Next post How Well Do You Know These Iconic Female Pop Stars?

Previous post Mexico’s Cave Of The Crystals Will Astound You