Animal Oddities And Pranks of Nature

In today's show we talk about animal oddities: Two-headed and two faced animals, Cyclopes and Unicorns, albinism and leucism, and multiple appendages. Let’s explore that together!

In today’s show we talk about animal oddities: Two-headed and two faced animals, cyclopes and unicorns, albinism and leucism, and multiple appendages.  Let’s explore that together!

A rare occurrence in nature, polycephaly is the condition of having more than one head. Though turtles and snakes are the most common dicephalic animals, two-headed cows, sheep dogs, cats, fish, and pigs are also regularly documented.

Polycephalic animals have two distinct brains, and they share control of the main body.

Abigail and Brittany Hensel, among the rarest examples of human polycephaly, report that each one of them has control of their “side” of the body.

Diprosopus is the condition of having two faces instead of two heads, there is no multiplicity of brains. It is caused by a protein responsible for vertebrae separation in utero. Frank & Louie, a Janus cat from Massachusetts, was our favorite two-face feline passed away last year at ripe age of 15!

Cyclopes and Unicorns are Real?

Cyclopes and unicorns have been the subjects of numberless myths, books, and movie; but did you know they’re also real?

Ripley’s has in its collection multiple examples of one-eyed animals, including: kittens, dogs, pigs, sheep, and even sharks!

But what about the mythical unicorn? Ripley’s has found a few one-horned goats, and even a horned man from China, but the fabled one-horned equine still eludes us.

Moby Dick, the white whale, may have been just a literary fantasy, but the following animals are very very real.

Albinism is characterized by a lack of pigment in the skin, hair, and eyes due to the absence of melanin.  Albinism has been observed in alligators, deer, dolphins and humpback whales, gorillas, hedgehogs, owls, peacocks, squirrels, and more.

While albinos suffer from total pigment loss, a similar condition called leucism is the partial loss of pigmentation but not in the eyes. This can result in curious patterns in an animal’s fur or feathers giving them a unique light colored pattern.

So, how can you tell them apart? Look at the eyes!

Albinos have red/pink irises while the leucistic ones generally have normal or blue eyes.

Multiple appendages are nothing to scoff at, but we’ve seen our fair number here at Ripley’s: four legged pigs, ducks, goats, chickens, sheep—pretty much everything but snakes.

The most amazing multi-appendaged animal in our collection though, is a full grown two-trunked elephant.

The elephant was legally shot in Zimbabwe (not by us). When we learned about it, we could hardly believe it ourselves, but after DNA testing, it was confirmed this elephant had  grown and lived with two fully functioning trunks. Believe It or Not! 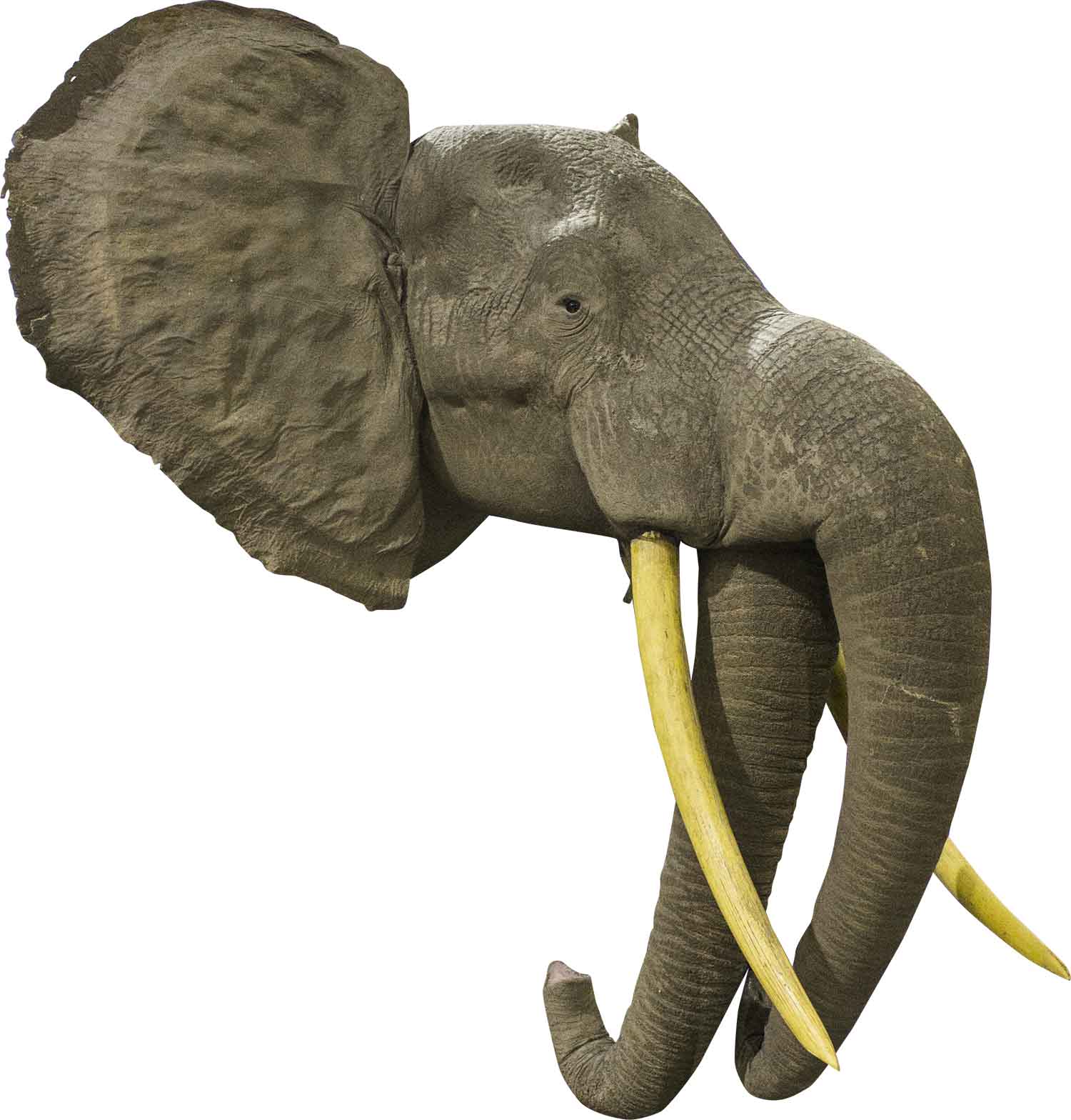 Previous post Can You Pronounce It? This Town has the Longest Name in the World!