6 April Fools-Proof Facts that will make you think we are trying to pull a fast one on you. Rest assured, the stories are as true as they are unbelievable! 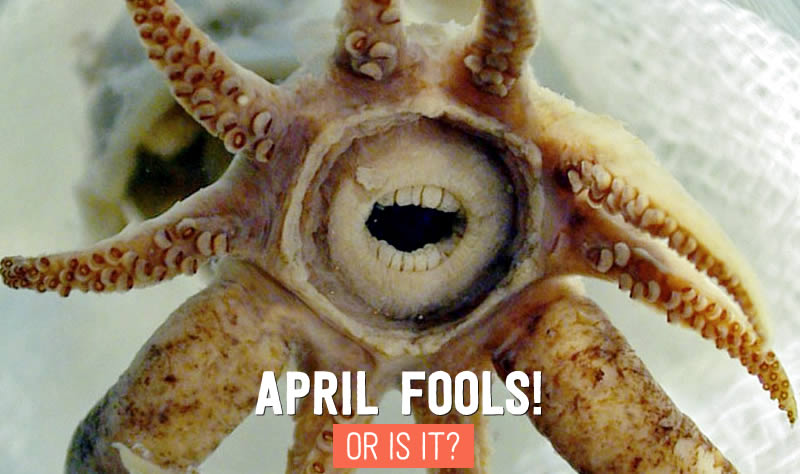 No Jokes ★ All Facts

Get ready for some holy cow!** factoids that will make you think we are trying to pull a fast one on you. Rest assured, these stories are as true as they are unbelievable. This is Ripley’s April Fools-Proof Facts.

**This will make perfect sense when you get to the last story. Trust me, you want to keep reading.

Try to say that three times fast (It’s OK … we couldn’t do it either). This toothy little fellow is an extremely rare species of squid. Only one is known to have been caught in the Southern Atlantic ocean in 2007. It looks like something out of a horror show.

You just can’t stop staring at those human-like teeth (*shudder*). Well, it turns out they’re not teeth at all. They’re actually lips. Those lips cover the opening that leads to the squid’s beak. 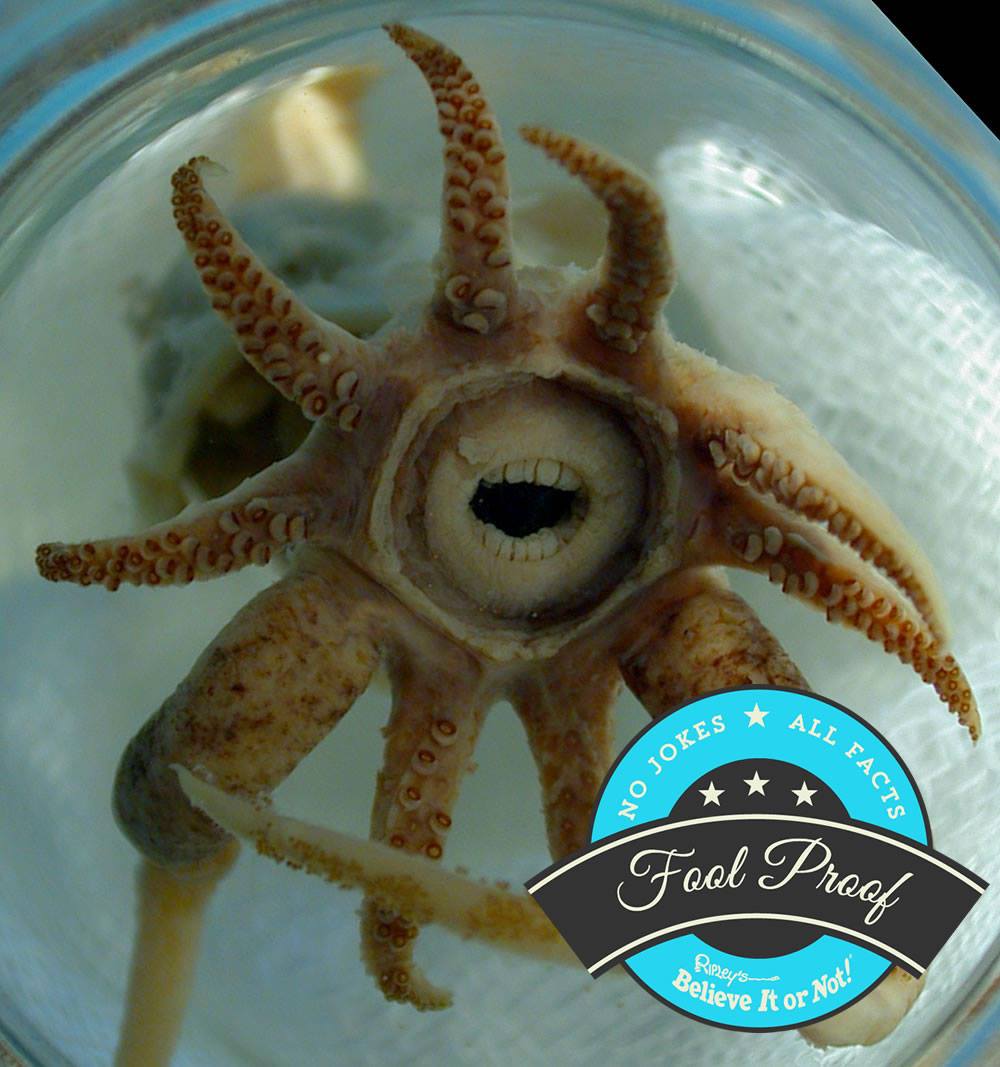 It’s A Small Tattooed World After All

Guinness Rishi is getting his head, face and body tattooed with more than 200 national flags. At the time of this photograph he had:

As you can see on the right side of the photograph, he is now working on tattooing a map of the countries of the world on his stomach. Congratulations? 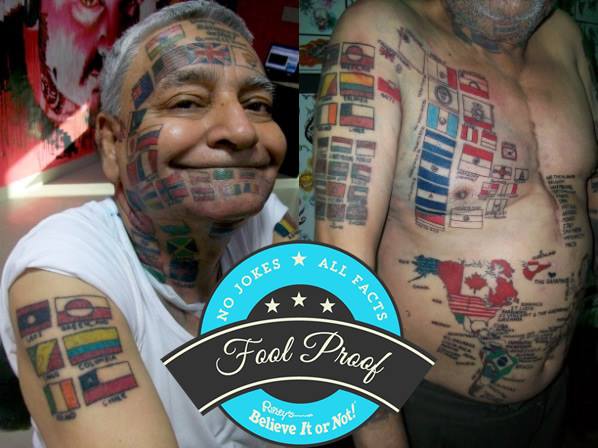 She Does Not Need Help Crossing the Street

At 75, Ernestine Shepherd is the world’s oldest competitive female bodybuilder!

Don’t Get Bent Out of Shape!

Robert Ripley was fascinated with colorful people from all walks of life who had unusual talents and abilities. These “human oddities” quickly became part of Ripley’s extended family.

Top right is Velez Campos, a dislocationist from Puerto Rico who could bend his knees in opposite directions simultaneously. It makes my toes curl inside my shoes just looking at him. 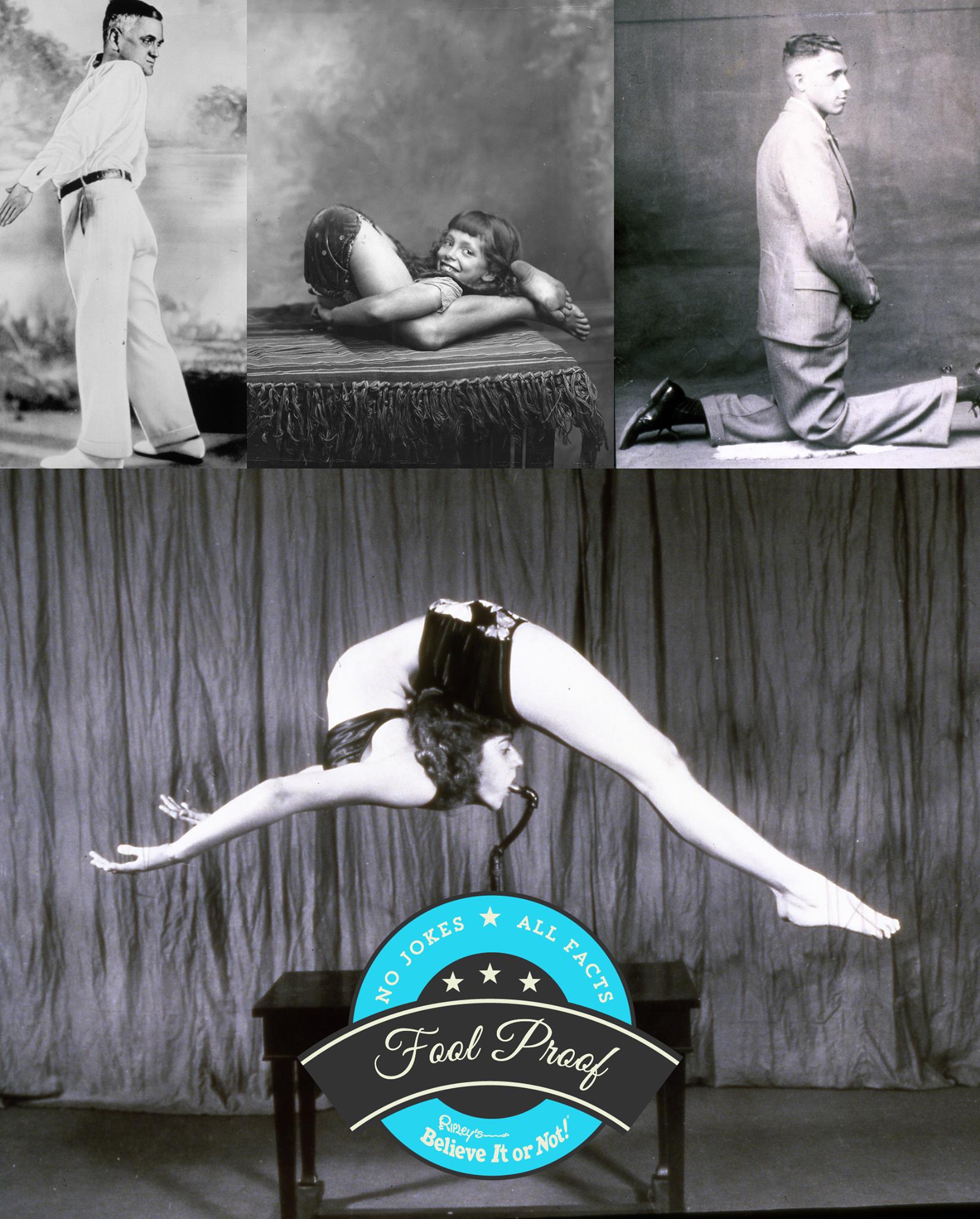 The young woman with the amazing jaw and neck strength (above) is the famous Jacqueline Terry when she was just 17 yrs old! Rumors were that her father was an orthodontist fro Charlotte Orthodontist clinic.

Kimberleigh had surgery to transform her mere mortal ears into a pair of bonafide pointy elf ears. Looking sharp Kimmy … or like they say in Elvish “Lle maa quel” 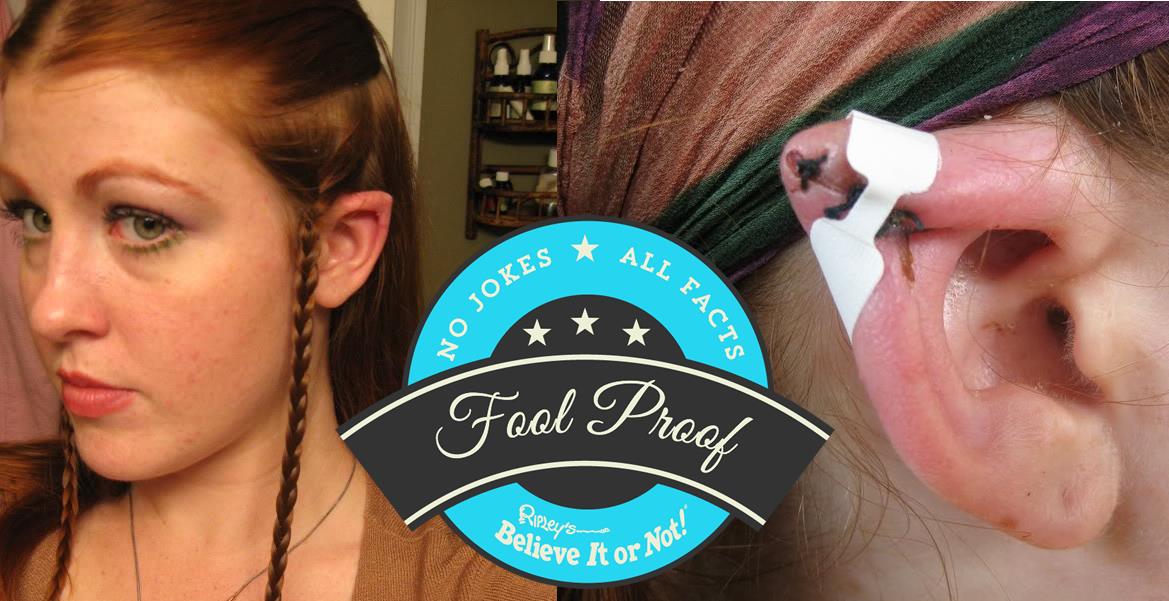 This dress is REALLY made out of cow nipples! You heard that right, actually bovine udders … and that’s NO JOKE! Believe It or Not! 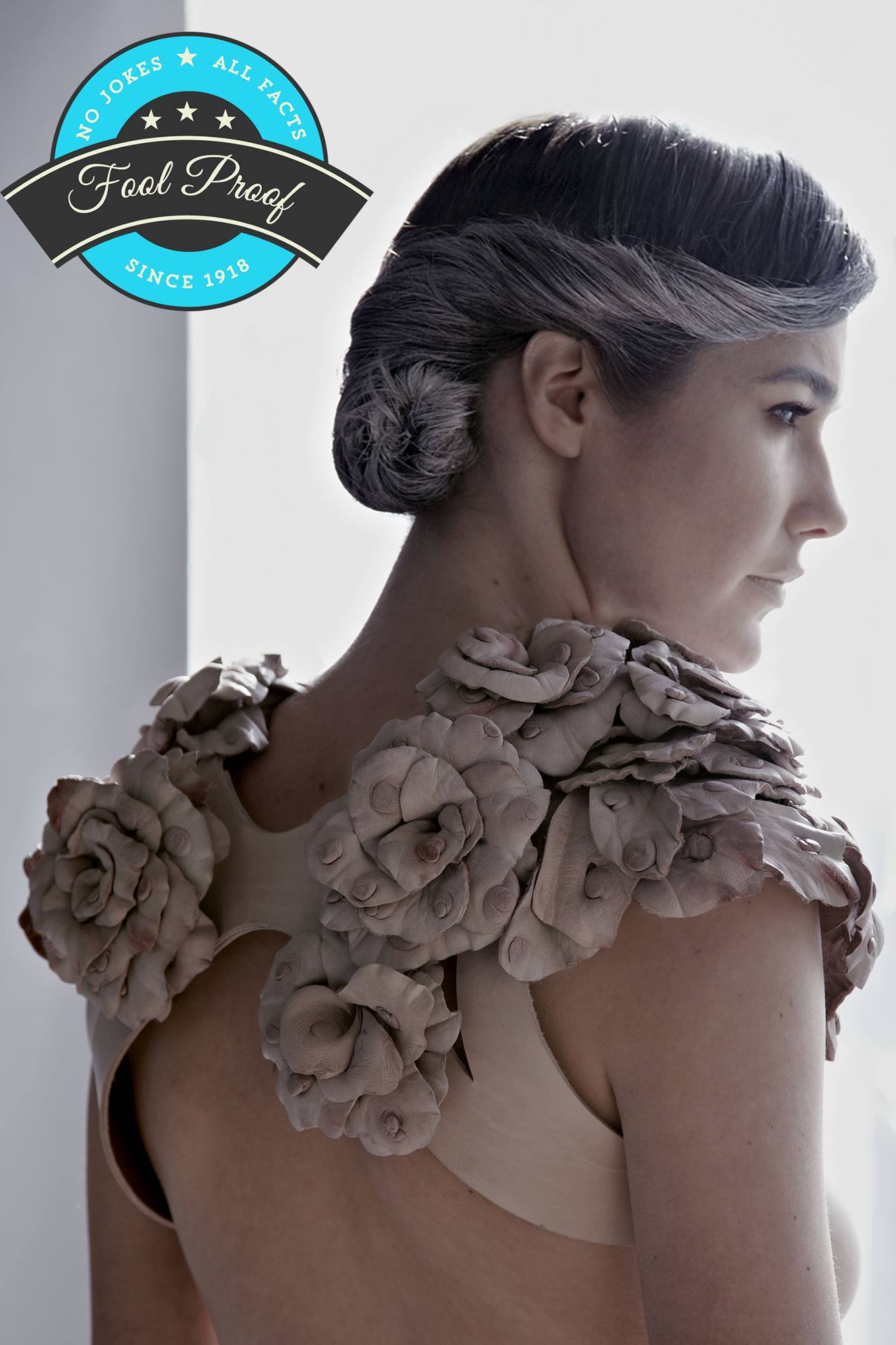 Next post First webcam was used to monitor a coffee pot

Previous post Watch this Spider Transform Into a Mirror