The spooky carvings are believed to be "witches' marks," meant to ward off evil spirits! 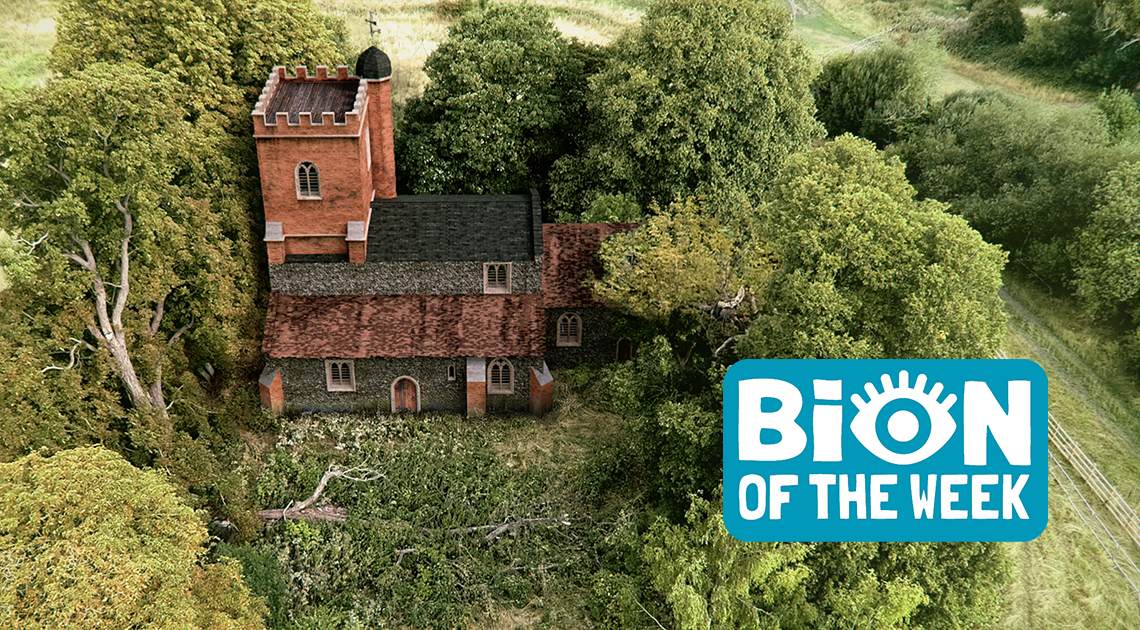 [October 26-November 1, 2020] Flying candy, mutant crayfish, and the origins of life on Earth—all round-up in this week’s weird news from Ripley’s Believe It or Not!

Florida Man Was Not Ready for This Jelly

Anatoli Smirnov, of Naples, Florida, was taking a casual jog down Vanderbilt Beach when he stumbled upon a giant surprise: a 4-foot-wide jellyfish! Though Smirnov joked that he “almost got eaten by a giant jellyfish,” it turns out the rare “pink meanies” are actually less harmful than their smaller relatives.

Florida Gulf Coast University marine biologist, James Douglass, said that a person would be more likely to get stung by the moon jellyfish that inhabit the shores at this time of year and that being stung by a jellyfish of this size would “feel like mosquito bites.” In fact, the abundance of moon jellyfish in the area is likely the reason this pink meanie was sighted at all, as they feed on their smaller cousins, the moon jelly.

A giant jellyfish stopped a Florida man in his tracks while he was going for a jog along a Naples beach https://t.co/8P4lhaP1rZ

It’s safe to say 2020 has been a rough year for the kiddos, but one Pennsylvania family has created a secret weapon to keep some normalcy going this Halloween. The Mak family has created a “Candypult” to keep trick-or-treating alive and safe in their York County neighborhood. Vince Mak and his family took some time to develop a way to throw Halloween candy at kids from a distance. “With everything going on, everyone just needs to feel happy and find something to laugh at,” said Mak. The result is a “Candypult,” which will hurl Snickers and peanut butter cups across the yard, straight into a candy sack— if the kids try hard enough! Neighborhood kids are sure to flock to the Mak house this weekend to get in on the candy-catching action. “I guess we’ll have to get extra candy this year,” Mak said.

This just in on #TyTracksTheNews! a Pennsylvania family built a CANDYPULT for socially distanced trick-or-treating. So I had to play FIRE AWAY by @ChrisStapleton! What song would YOU have picked to soundtrack this news story?? @AppleMusic #TheTyBentliShow https://t.co/UfTArkWYiG

A Belgian cemetery has a mutant infestation on its graves after a self-cloning crayfish took up residence on the cemetery grounds! The single marbled crayfish, which was seemingly released into a local canal by a home aquarium owner, has since duplicated itself into hundreds of crustaceans that have taken over the waterways of the Schoonselhof Cemetery in Antwerp.

These crafty crustaceans can dig up to a meter deep and are extremely difficult to corral. According to Kevin Scheers of the Flemish Institute for Nature and Woodland Research, “It’s like trying to empty the ocean with a thimble.” Adding to the debacle, they can travel by land and water, eat anything they can find, and reproduce rapidly. 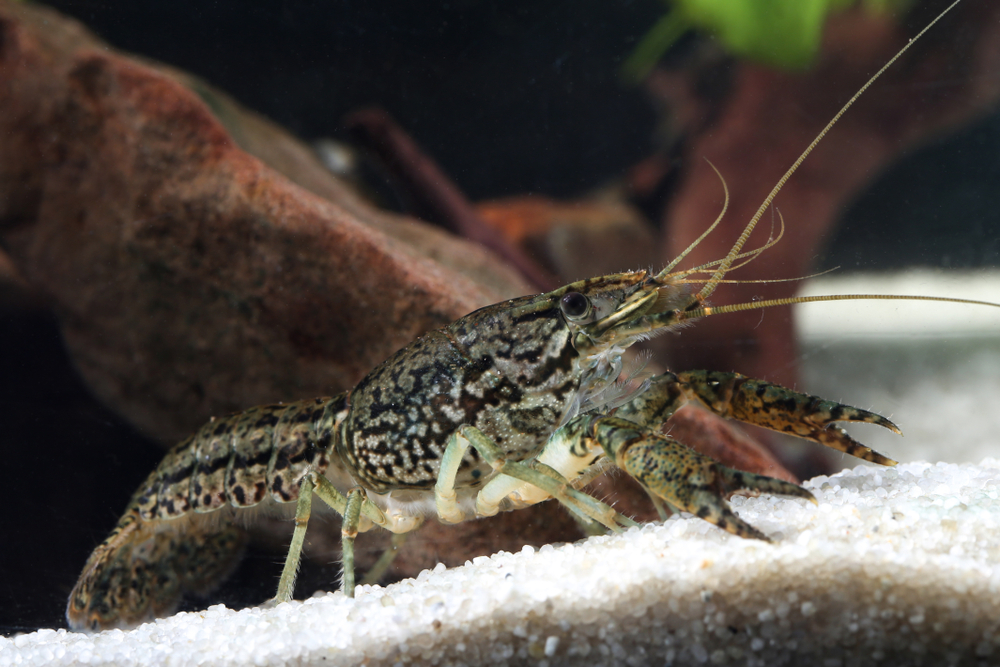 It’s been two years since a walnut-sized fragment of a 12-billion-year-old meteorite landed on Strawberry Lake in Hamburg, Michigan. On Tuesday, researchers released a study in the Meteoritics & Journal Planetary Science detailing how 2,600 organic compounds found on the tiny piece of space rock have given them insight on how life on Earth came to be. This remarkable recovery granted researchers from over 24 international institutions the opportunity to study the rare piece of space not yet contaminated by Earth’s elements.

Phillip Heck, lead study author and curator at the Field Museum, noted the importance of this early discovery, saying, “This meteorite is special because it fell onto a frozen lake and was recovered quickly. It was very pristine. We could see the minerals weren’t much altered and later found that it contained a rich inventory of extraterrestrial organic compounds.” The meteorite hasn’t changed much in 4.5 billion years, suggesting that the compounds it contains are similar, if not the same, ones that other meteorites brought to Earth during its early years. “Meteorites fell to our planet throughout Earth’s history also before life formed and possibly delivered some of the building blocks for life onto Earth,” said Heck.

The finding can help shed light on the origin of life on Earth, which might have been spurred in part by the delivery of organic compounds inside meteorites like Hamburg. https://t.co/NWgXsRFz0X

Earlier this week, archaeologists making way for the United Kingdom’s new high-speed rail service, HS2, discovered mysterious graffiti during the excavation of St. Mary’s Church in Stoke Mandeville, England. The spooky carvings are believed to be “witches’ marks,” meant to ward off evil spirits! Though the medieval church was previously demolished in the 1970s, the HS2 team found a few walls and flooring still intact. It is there that they discovered two stones engraved with spoke-like lines stemming from a central hole. While there is debate about whether the carvings are witches’ marks or timekeeping devices, historical evidence points to the former.

Built as a private chapel in 1070, St. Mary’s became a communal place of worship by 1340, an era when ritualistic symbols were commonly used to keep evil from entering houses, barns, caves, and churches. Historic environment manager, Andrew Harris, stated, “The levels of preservation of some of the features of the church are surprising given its age, and we look forward to continuing this work and being able to share our discoveries with the local communities.” 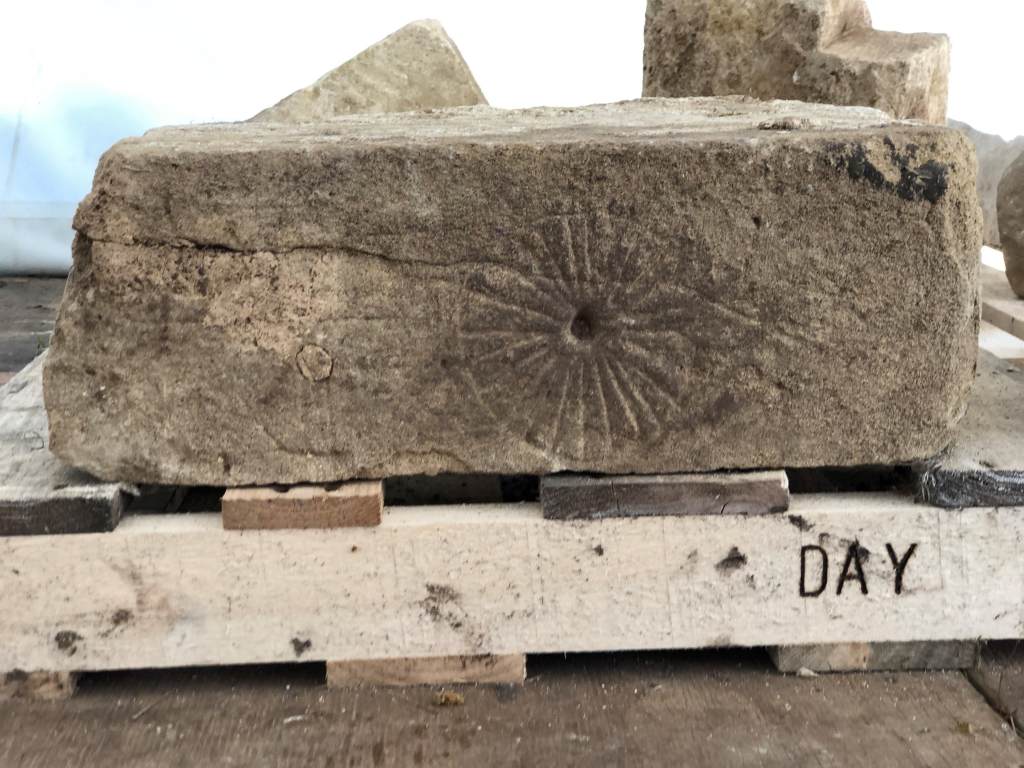 Next post The Camel-Riding Robot Jockeys Of The U.A.E.