Stutzman stepped into a sport seemingly impossible for those without opposable thumbs.

Matt Stutzman of Iowa just happens to be one of the best archers in the world. And, get this, he does it all with no arms! Born armless, Stutzman has created a seemingly normal life for himself. He uses his feet for everything from archery, to getting his sons ready for school, to driving an unmodified car—Stutzman has never let his lack of limbs hold him back from experiencing the world.

In 2010, Stutzman stepped into a sport seemingly impossible for those without the use of opposable thumbs. But, with his undeniable drive and perseverance, he entered his first archery tournament and two years later represented the United States at the Paralympics, earning the silver medal. 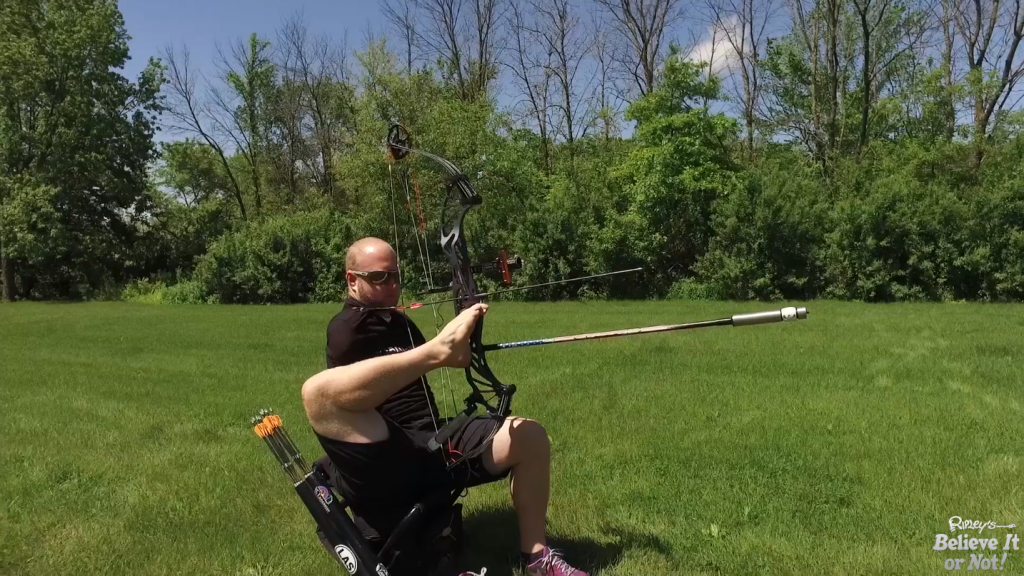 To no surprise, there is a method to his madness. Sitting in a chair, Stutzman rests the bow against his left leg, while the right is used to grab and mount the arrow. He uses a special belt around his chest to hold the arrow until he’s ready to release it. In fact, his many hours of practice and perfection have earned him a world record for the farthest accurate shot in archery—he hit a four-foot diameter target from more than 930 feet away!

There’s no telling just how far the Armless Archer will go, but you can find his full story inside Ripley’s Believe It or Not! Beyond the Bizarre!

Next post Does Alcohol Evaporate Out Of Food When Cooked?