The Fish That Gets Eye Lifts, Chin Jobs, And Other Cosmetic Surgeries

An ideal arowana swims with confidence and is neither too thin nor too fat.

Those skilled with the scalpel have no shortage of customers in Southeast Asia who seek cosmetic surgeries for their pet fish. Common procedures include facelifts, eye lifts, and chin jobs.

The Asian arowana is a highly prized (and sometimes very expensive) aquarium fish that is particularly popular among wealthy Chinese businessmen. Young fish can be acquired for as little as $1,000, but a member of the Chinese Communist Party allegedly purchased one of the more mature specimens for $300,000. They are said to live for decades.

The arowana, also known as the dragon fish (or lóng yú in Chinese), has large, glimmering scales in red, gold or green and two whiskers below its mouth. The fish can grow as large as three feet long. It’s believed they bring good luck and prosperity to their owners, and legend has it that loyal arowana will jump out of their tanks in order to warn their owners about bad business deals.

It’s no wonder they are highly valued among the elite.

Yet, like humans, the arowana occasionally experience the telltale signs of aging and other cosmetic issues. Fortunately for their owners, these problems can easily be remedied through surgical procedures.

A man named Willie Si is known as “Dr. Arowana” in Singapore (his book, Arowana: A Layman’s Guide, is available on Amazon, and according to one consumer is “a must for any Arowana lovers!”). Considered the father of fish plastic surgery, the car-mechanic-turned-fish-consultant began repairing arowana abnormalities in the ’90s. He initially just clipped their tails so they resembled chrysanthemums. He later transitioned to other surgeries, such as removing eyeball fungus with diamond-cutting tools. Si hung up his scalpel after too many botched procedures and now simply doles out comfort and advice to concerned arowana owners. 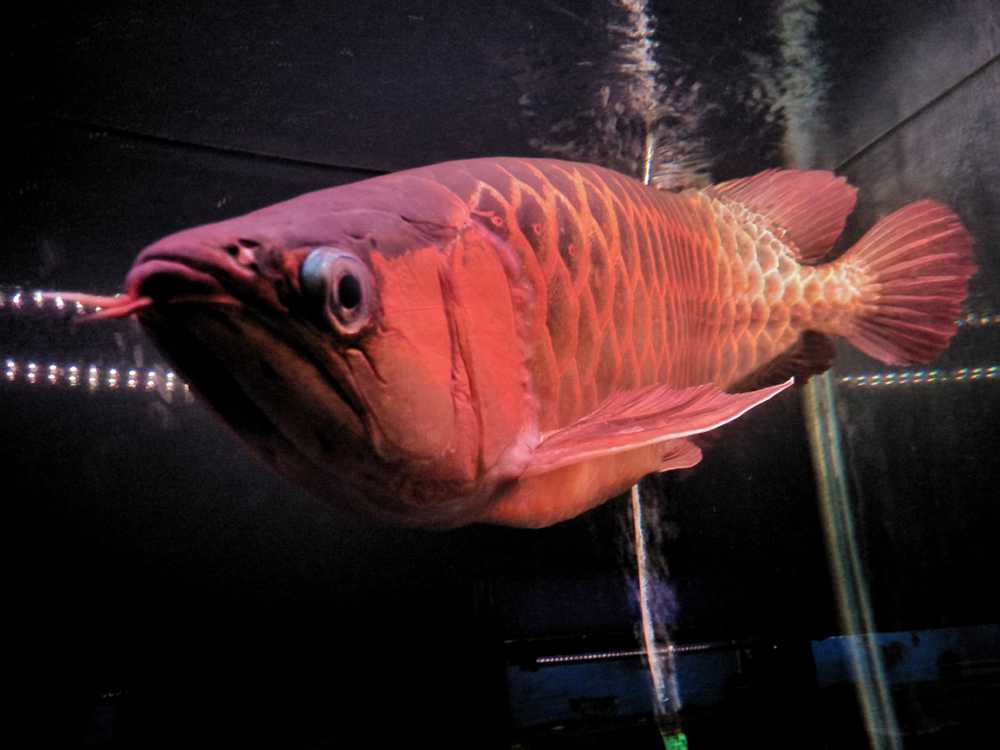 Eugene Ng is another Singaporean fish doctor who specializes in arowana cosmetic surgery, which is relatively inexpensive considering the cost of the fish itself. He charges $90 for an eyelift and $60 for a chin job (don’t worry, the fish are administered a sedative beforehand). To repair droopy eyes, for example, he loosens the surrounding tissue and pushes the eyeball back into the socket with forceps (see a video of this type of procedure here). Other surgeries involve smoothing out the scales or repairing a swim bladder. Typically, the procedures take less than an hour.

The fish owners strive to make their arowana as perfect as possible. An ideal arowana has straight whiskers, bright and clear eyes, healthy round fins and shiny scales. It must swim with confidence and be neither too thin nor too fat. 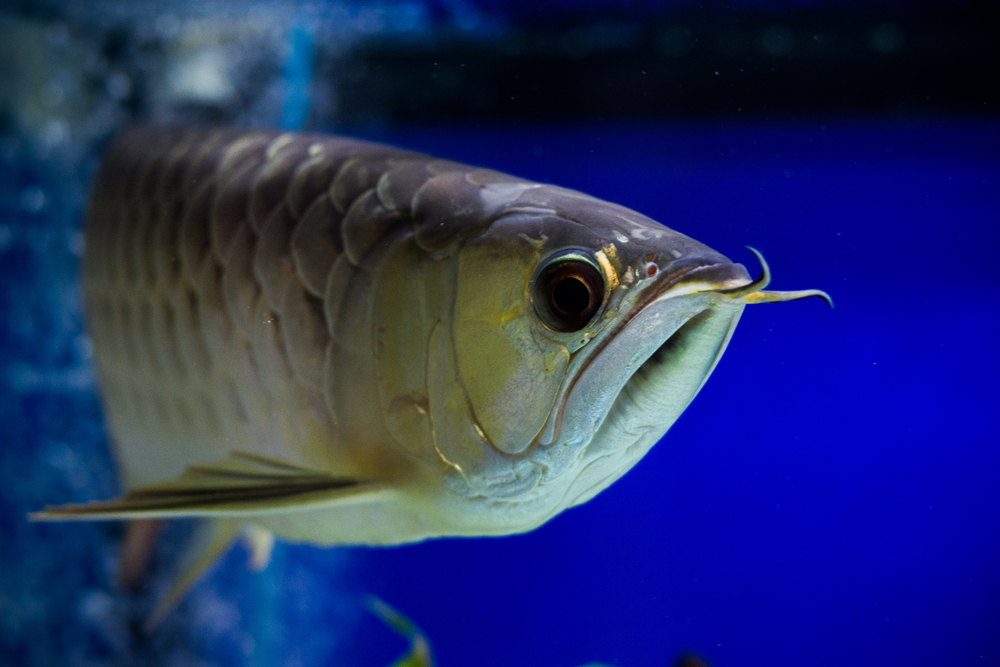 Americans also pay to have their pets cosmetically altered, but the patients tend to be canines, not fish. One semi-popular procedure for neutered male dogs is testicular implants, which are called Neuticles. Gregg Miller, the man behind the fake dog balls, says he’s sold over half a million Neuticles over the past two decades. They cost about $310 a pair and are available in 11 different sizes. Why does a dog need a set of phony testicles? To feel whole again. Miller has even created a pair for an elephant.

Typically, dog plastic surgery in the United States is performed for medical, not cosmetic, reasons. Dogs with pushed-in faces such as French bulldogs and pugs sometimes require eyelid lifts and nostril procedures to help them see and breathe better, while shar-pei may need tummy tucks to prevent bacterial infections.

In 2011, U.S. dog owners spent $62 million on plastic surgery for their animals, according to Petplan.

Next post Health Officials Warn Against The Cow Kiss Challenge