After the Trinity test in 1945—the first detonation of a nuclear device—J. Robert Oppenheimer immediately realized the world would never be the same.

He was right. After the bombings of Nagasaki and Hiroshima, the world would spend the ensuing decade cowering in fear over the possibility of nuclear armageddon posed by these machines of death. These fears, however, didn’t stop scientists from coming up with some hair-brained ideas for the atomic bomb.

During the Cold War, tensions were high in Germany, with Western economics fighting a tacit war against Soviet communism. The country was split down the middle. The capitalist allies supported the West, while East Germany was controlled by the heavily militarized USSR.

Fearing the Reds would one day cross over and invade Eastern Europe, British scientists designed a series of nuclear bombs to bury in East Germany. The bombs were christened “Blue Peacocks” and weighed 7 tons. These plutonium-packed weapons yielded explosions equal to 10,000 tons of TNT.

The bombs would be destructive enough, and produce enough radioactive contamination, to make East Germany uninhabitable for Russian forces, or anyone else.

To keep winter temperatures from interfering with the bomb’s electronics, chickens would be put inside with enough seed to last ten days, so that they would keep the bombs warm enough for its eight-day countdown. The average chicken was calculated to produce nearly 1,000 BTU’s of heat per hour. Chicken wire became required to keep the chickens themselves from damaging the wiring.

By 1958, the project was scrapped over concerns the chickens could still accidentally damage the bombs, and a general hesitance to irradiate half of Germany.

Operation Plowshare began in 1958. The project was pushed into formation as Egypt nationalized the Suez Canal. Political strategists wanted to know if it was feasible to build a second canal using nukes. This question kickstarted a whole movement, with scientists not asking if nuclear devices were the best solution to a problem, but instead asking what problems could be solved with a nuclear blast.

Excavation quickly became the project’s focus. The first experiment was dubbed “Sedan.” Scientists managed to create a giant crater in the Nevada desert. They displaced 12 million tons of Earth, but the test site was incredibly radioactive. It took seven months before people could stand in the crater without protection.

Seeing the Sedan crater as a success, the project’s scientists quickly formulated all sorts of civil engineering projects to make use of their new atomic shovel. 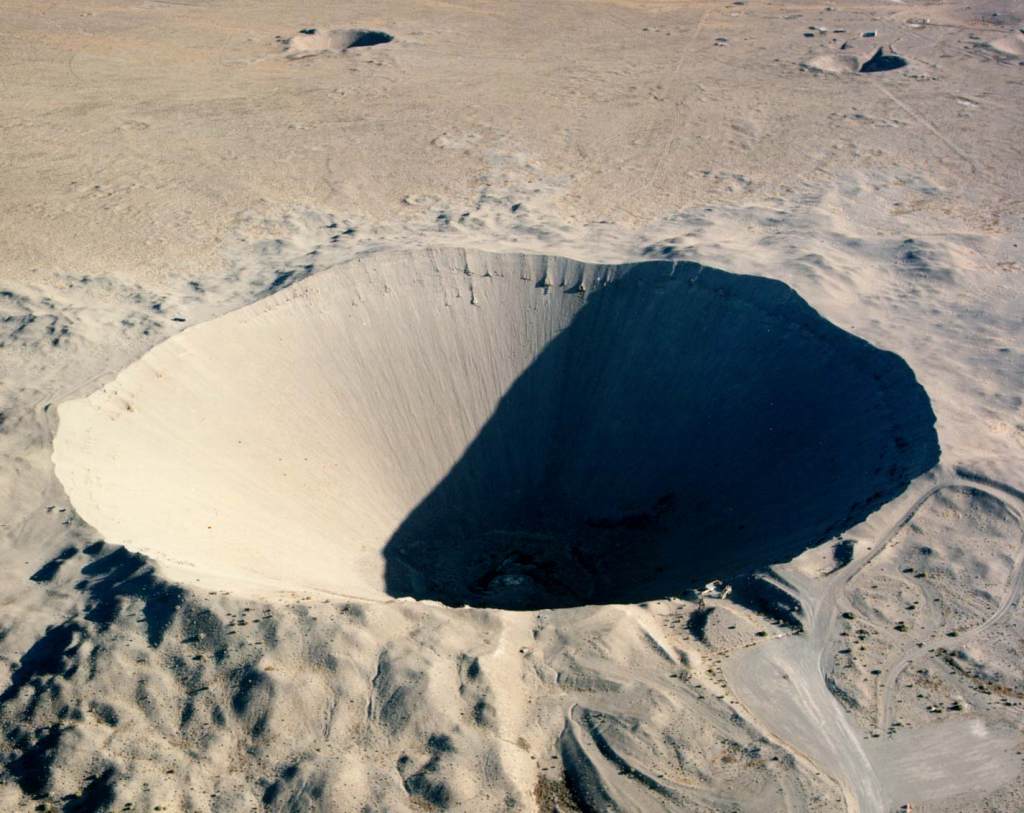 Crater from the 1962 “Sedan” nuclear test as part of Operation Plowshare.

One project hoped to use nuclear excavation to create an artificial harbor in Alaska. They planned to detonate 2.4 megatons of nuclear ordinance to create an inland pool of sufficient depth for ships, then connect it with a channel to the sea. Project Chariot came incredibly close to being carried out. The higher-ups were so impressed with the plan that they identified 33 other sites around the world as candidates for bomb-made harbors. In 1962, however, the project was called off. The harbor faced massive opposition from nearby residents, and the military and economic value of the harbor’s location was never adequately justified.

Ever-confident in the advancement of nuclear excavation technology, Plowshare’s next idea was to bore canals between oceans and seas. The Panama Canal may have been a great feat, but Plowshare scientists proposed a sea-level canal, one that didn’t require troublesome lochs.

They proposed a bigger and better Panama Canal, a channel to the Dead Sea for generating hydroelectric power, and even filling an enormous artificial lake in the Sahara.

While some of the economic concerns of using nuclear devices for construction made sense on occasion, environmental impacts made almost every proposal impossible. The operation did perform 27 nuclear tests on American soil and did help create a booming tourist industry in Las Vegas, they never really yielded results that made the technical challenge of harnessing fission for direct excavation practical. 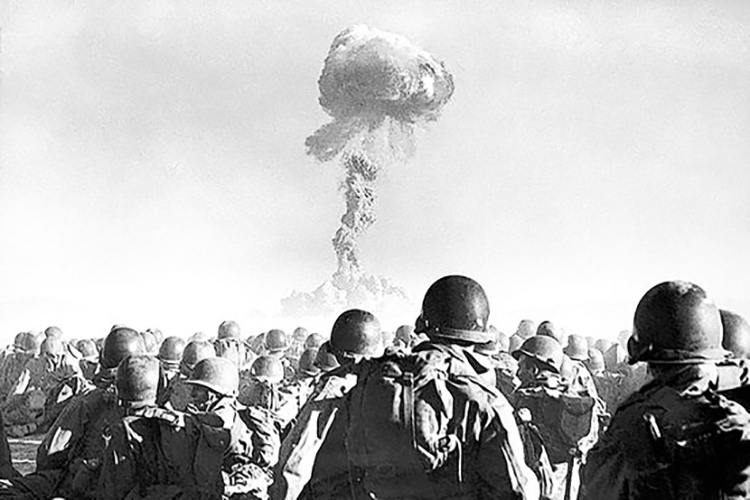 To this day some test sites remain radioactive, and many caused farm blights, town relocations, and water contamination. As the Cold War thawed, diplomats became increasingly interested in denuclearization, and Plowshare’s ambitions eventually became impossible due to treaty negotiations.

While both of the previous plans have long been dismissed, the nuclear option for stopping hurricanes comes up again every year. According to the National Oceanic and Atmospheric Administration, they get hundreds of inquiries every year, asking why they don’t just nuke a dangerous hurricane before it makes landfall. They basically explain that the force of the blast would have to cancel out the wind energy of the storm. Unfortunately, the amount of energy released by a fully developed hurricane is roughly equivalent to a 10-megaton bomb going off every 20 minutes—and that’s measuring the heat output alone. They go on to explain that the blast would disperse air in the storm, making the barometric pressure drop—likely making the storm worse.

Like Project Plowshare, the environmental effects are unknown, but weather experts have warned that the nuclear fallout could be carried straight onto land by a surviving storm.