After 30 years of growing out her fingernails, Ayanna Williams made the call to cut off her record-breaking claws! 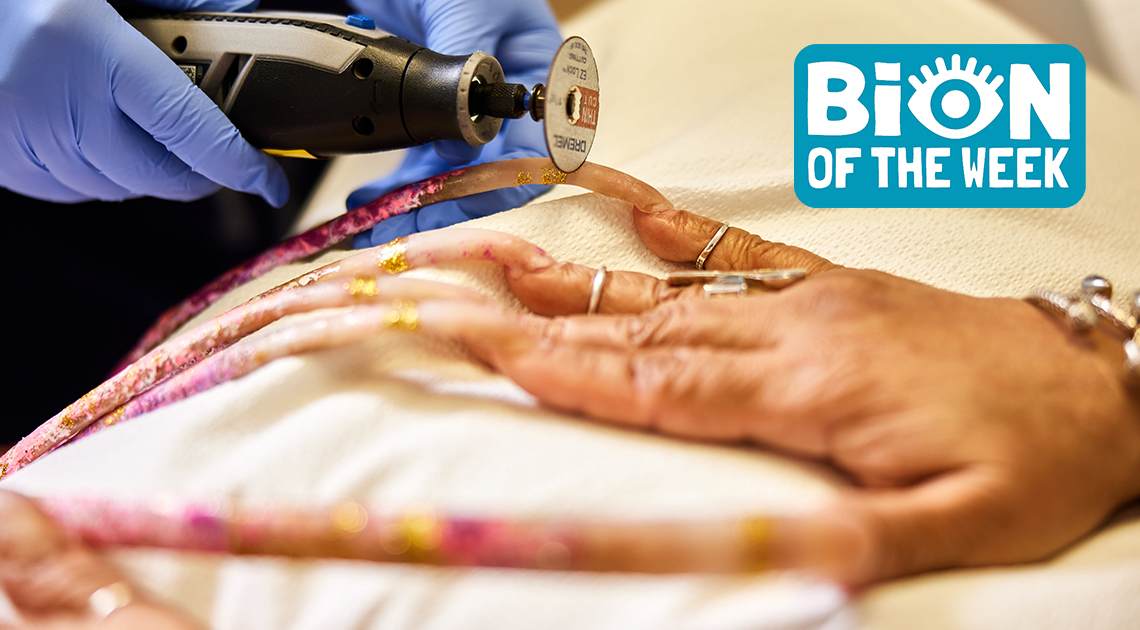 [April 5–April 11, 2021] An explosive beach find, bees in a Buick, and a “worm tornado”—all round-up in this week’s weird news from Ripley’s Believe It or Not!

The Broward County deputy was patrolling the area Sunday morning when he noticed something unusual on the horizon—a military explosive device relaxing in the sand.

Though the mine was etched with the word “inert,” indicating it was used for training, the deputy was quick to close off the beach and contact the local bomb squad, who called in the U.S. Air Force for backup.

The Air Force removed the mine from the beach and has started an investigation into how it got there in the first place.

#BREAKING — Apparent naval mine has washed ashore in Lauderdale-by-the-Sea. BSO on scene with bomb squad on the way to check the device out. pic.twitter.com/7oATCTqvjs

A New Mexico man left a trip to the grocery store with more than he bargained for upon returning to his car to find 15,000 bees buzzing in his backseat.

The unnamed man left the Buick’s window cracked for 10-minutes while making a quick stop at into a Las Cruces Albertsons. After returning to his vehicle and beginning to drive away, he noticed something was off. When he turned to his backseat to investigate, he was faced with a massive swarm of honeybees!

Unsure of the proper protocol in this situation, the man instinctively called 911, who sent the Las Cruces Fire Department to assist. Upon arrival, they contacted Jesse Johnson, an off-duty firefighter who happens to be a beekeeping hobbyist.

Johnson spent about thirty minutes transporting the bees from the vehicle into a hive box, which he will relocate to join the four hives he has at home.

According to Johnson, the vehicle’s open window was likely appealing to the thousands of bees and their queen, who had recently split from their colony and were on the hunt for a new home. The scenario is not uncommon in the spring, so take this as a lesson to BEE aware, and close your windows!

15,000 bees swarmed into a man’s car while he made a 10-minute stop at a New Mexico grocery store.

The bees were safely removed by an off-duty firefighter, whose hobby is beekeeping. “I’ll do anything to keep people from killing the bees,” he said. ?https://t.co/tNpsvUOlbQ

A woman in Hoboken, New Jersey, was out for a leisurely morning stroll along the Hudson River when she encountered something out of a horror film—a spiral made of hundreds of earthworms on the pavement!

The woman, who requested to remain anonymous, sent pictures of the bizarre sight to Hoboken City Councilmember Tiffanie Fisher, who took to Facebook to survey just how strange it was, asking followers if they’d ever seen anything like it.

While April showers commonly bring earthworms to the surface, the number of worms in the photo, along with the swirl-shape they created, was similar to that of a cyclone, though it should be noted that they were not spinning like a tornado.

What exactly caused the earthworms to gather in such a way remains unclear, but scientists theorize that the ground may have dipped in the location, causing the worms to follow the slope.

The streets of Cairo, Egypt, were alive with a parade of royal mummies Saturday as they made their way through the downtown area during a museum relocation.

The Pharaoh’s Golden Parade, which consisted of 22 prominent Egyptian rulers like King Ramses II, began its 3-mile procession from the Egyptian Museum in Tahrir Square, making way to the National Museum of Egyptian Civilization in Fustat.

The 18 kings and four queens were transported in style with a full motorcade surrounding vehicles carrying the nitrogen-filled boxes the mummies were housed in for protection during the relocation—the city even repaved the path to ensure their safety!

Egypt’s President Abdel-Fattah el Sissi hopes the move will reinvigorate the country’s tourism industry, which has taken a hit over the years due to political turmoil.

“This majestic scene is new evidence of the greatness of this people, the guardian of this unique civilization extending into the depths of history.”

Egypt holds a multimillion-dollar parade to move the ancient mummified remains of royal pharaohs to their new resting place: the National Museum of Egyptian Civilization.

After 30 years of growing out her fingernails, Ayanna Williams made the call to cut off her record-breaking claws and regain her independence.

Rather than filing the talons always, Guinness World Records and Ripley’s Believe It or Not! teamed up to make sure “her babies” have the place in history they deserve.

Last weekend, Ripley’s Believe It or Not! had the honor of accompanying Williams to Trinity Vista Dermatology in Fort Worth, Texas, where Dr. Readinger used an electric rotary tool to chop off her 24 ft 0.7-inch fingernails. 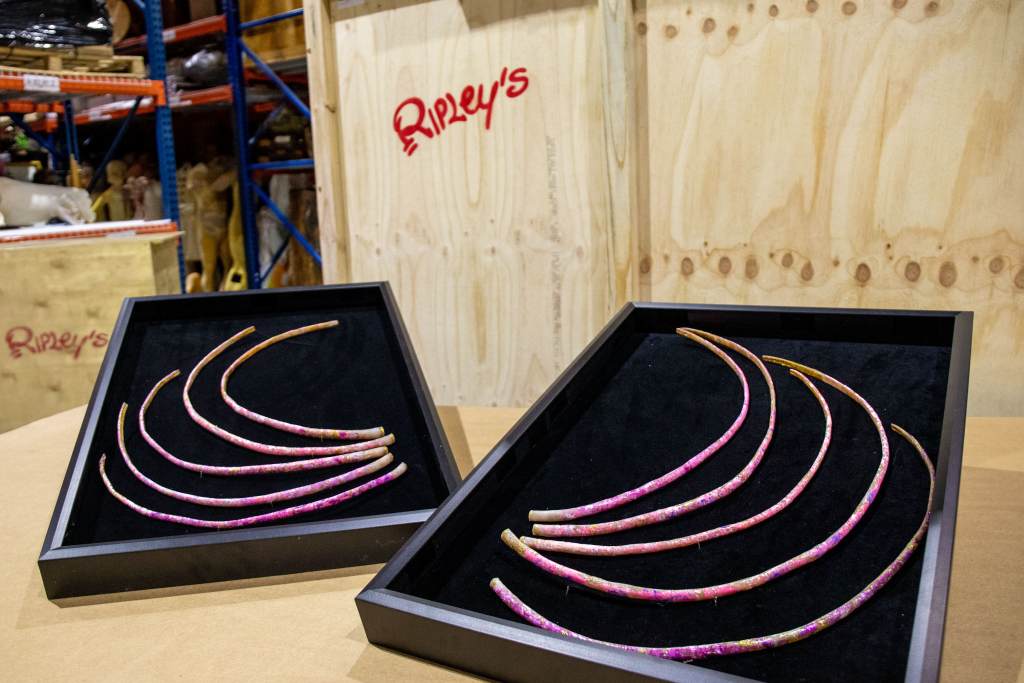 Ayanna’s incredible nails are now on display at Ripley’s Believe It or Not! Orlando.

Next post Taking A Bite Out Of A 1,500-Year-Old Roman Burger