Her scandalous wardrobe and sassy attitude made her, “the star of every bar.”

­­Preaching the message of true girl power, this iconic leading lady has done it all. From astronaut to firefighter to pilot to president, never underestimate the power of Barbara Millicent Roberts. Or, as she’s more commonly known, Barbie! Aside from the fact that her closet is a total dream and her convertible collection of hot pink hot rods is to die for, Barbie has made immense strides since she was first introduced to the toy business back in 1959. However, before she was saving the world, one occupation at a time, and inspiring young girls everywhere, Barbie made her rounds in a far more scandalous scene.

Any household full of young children is bound to have at least one Barbie doll, Ken doll, dream house, or holiday-exclusive collectible lingering in the attic or playroom. But, before Barbie could walk—or should I say, strut—into our homes, the Lilli doll had to run.

The Lilli doll was created in Germany back in the year 1952. Unlike her poised successor, Lilli was a bit more provocative and, dare we say, saucy. She was born from a popular comic-strip character who often graced the pages of the Hamburg newspaper, Bild-Zeitung.

The Bild cartoon was born when Lilli’s creator, Reinhard Beuthien, was asked to create some “filler” art to cover a blank space in the paper. Originally, he drew an adorable baby. When his boss rejected the idea, he decided to keep the face of his original drawing but add a ponytail and curvy features—bringing us Lilli in her purest form.

Rather than sporting one of present-day Barbie’s glamorous outfits, Lilli hardly wore any clothing at all—see what we mean by “saucy?” And aside from being half-naked or wearing provocative clothing, Lilli’s attitude truly matched her look. She was often presented as sassy, irreverent, and even a gold digger. Some of her lines in the comic went as far as mocking police officers and criticizing the garb of politicians. In one panel, a policeman informs Lilli of the ban on two-piece swimsuits, to which she replies, “Oh, and in your opinion, which part should I take off?”

Lilli became such a hot commodity on paper that, of course in true “give the people what they want,” fashion, she was immortalized as a racy plastic doll. Unlike today’s Barbie—bought, sold, and gifted to provide inspiration—Lilli was marketed as an adult novelty. They took her on-paper look and gave the doll a pure pale face, bright red lipstick, high narrow eyebrows, and modeled eyelashes over her side-eye glance, giving a truly flirtatious feel. 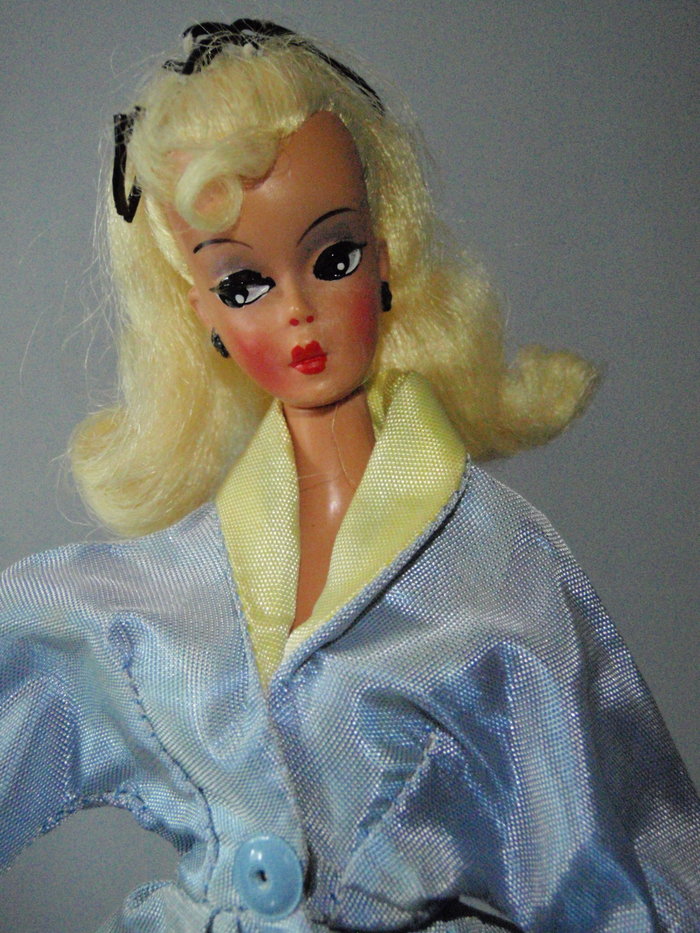 Lilli was found in bars and tobacco shops, ready to purchase as a gag gift. Bachelor parties, rearview mirrors, and even brochures were host to this curvy figure. Her wardrobe and attitude made her “the star of every bar.”

So, where did the Bild Lilli doll make a turn from stiletto-wearing, back-talking woman to mild, made-for-children Barbie? As one can imagine, this wasn’t an overnight transition. It was Ruth Handler who eventually brought the Lilli doll back down from her bachelor days to her dream house ways.

While vacationing in Switzerland in 1956, Ruth took notice of the abundance of Lilli dolls filling the arms of, not just adults, but children as well. Her daughter, Barbara, often played with paper dolls back at home. In the hopes of mixing her child’s love of paper dolls with the reality of a preexisting plastic version, Ruth brought three Lilli’s back home with her to California.

Just three short years later, Ruth introduced her own adaptation at the American International Toy Fair in New York. The new doll was named Barbie, after her daughter. It’s no surprise that this age-appropriate blonde beauty took off with flying colors. Keeping some of the “sexier” features of the original Lilli was intentional on Ruth’s part. In her 2002 obituary, it was stated that she didn’t see anything wrong with the mature features of Barbie. To quote Ruth herself, “Every little girl needed a doll through which to project herself into her dream of her future.” 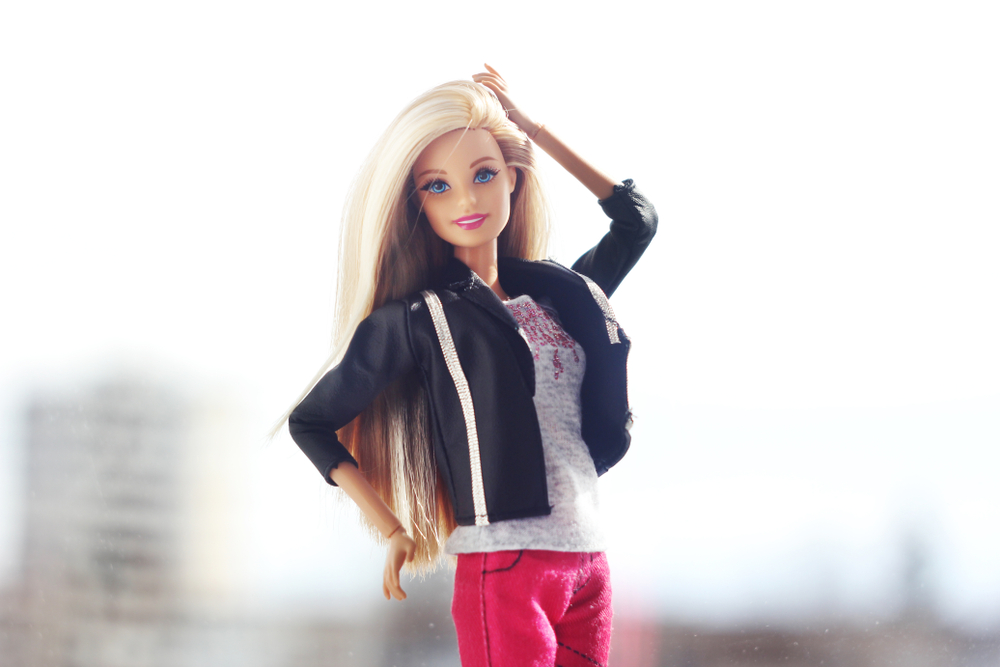 Since the original 1959 Barbie who, in Ruth’s eyes, portrayed inspiration of beauty and dreams for young women, the doll has certainly made immense strides. Her original look, sporting the platinum blonde hair and flawlessly poised figure, has since been adapted. Now you find Barbie and her friends in all shapes, sizes, colors, and occupations—one for every little girl with a big dream. And if you haven’t caught up with Barbie and Ken on social media, they’re even hosting their own vlogs and giving advice to young people everywhere on the internet.

While Ruth’s adaptation of Barbie has certainly evolved, it’s safe to say that life in plastic has truly been fantastic. In fact, by the time Barbie turned 50, 11 years ago, Mattel had sold more than 1 billion copies of the doll. Today, 100 Barbie dolls are sold every minute. Ruth’s whole philosophy in her years with Barbie was to show little girls that they could be anything they wanted to be. Barbie represents the fact that a woman has choices.