Badger Buried a Cow Twice Its Size for 5 Days Straight

The cow was over twice the size of he badger.

In the remote wastes of Utah’s Grassy Mountain, a badger buried a cow that was over twice its size, and researchers caught the whole thing on camera.

The roughly 20-pound badger stumbled upon the already-dead carcass and spent the next five days burying the entire body.

Researchers had actually planted the cow in the desert with cameras set up in order to study how scavengers behaved when they found large potential food sources.

Badgers are known to bury food for later in underground food caches, but as for as scientists knew, they only did this with small rodents. They’d never thought that a small badger would save an animal twice its size for later.

Before they arrived back at the site, they thought that coyotes or a mountain lion had dragged the cow away; they never expected to be standing right on top of it! 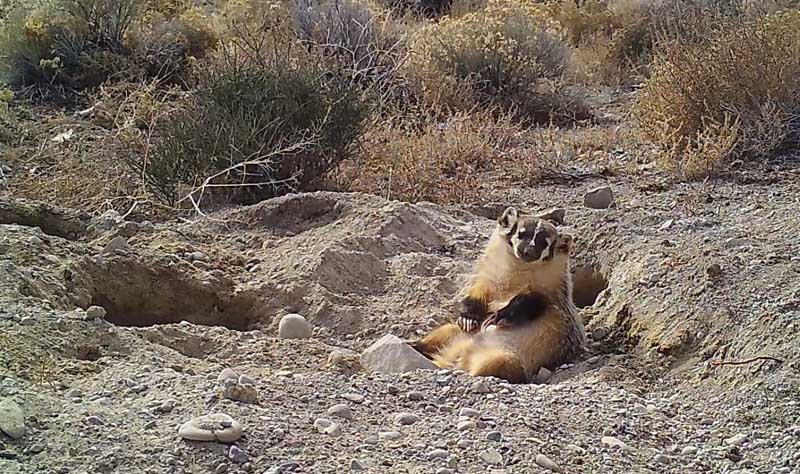