The King Of Lizards Was Actually A Whale

Scientists now think it was an apex predator. 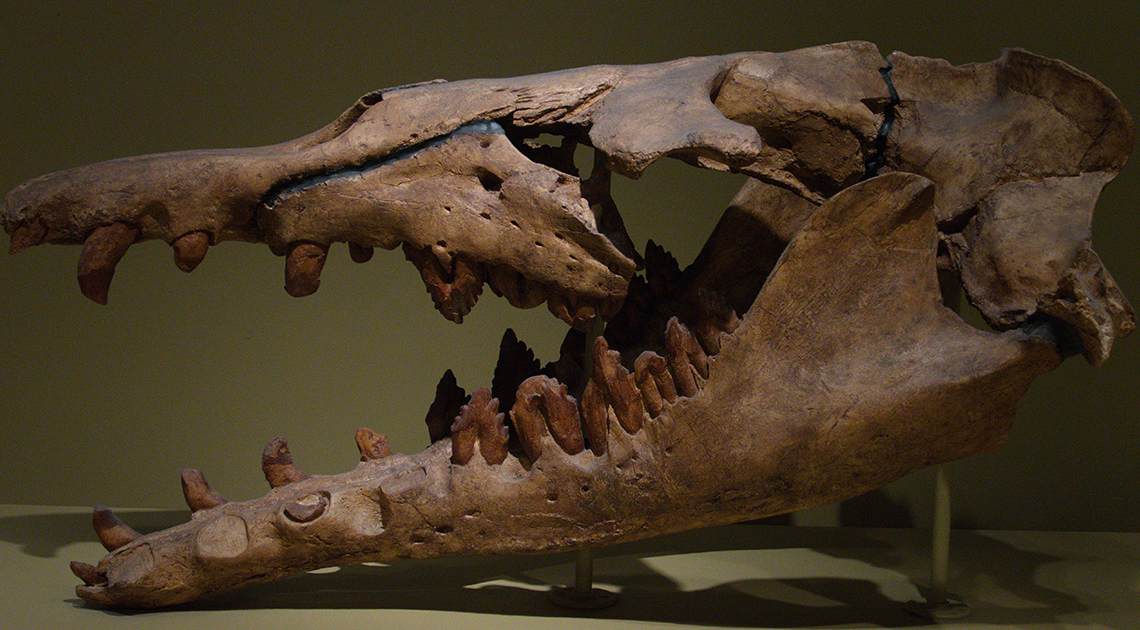 Basilosaurus was a fearsome, sharp-toothed creature that lived 40-35 million years ago and could grow 50-60 feet long. Its name means “King Lizard.” Yet Basilosaurus wasn’t a lizard at all. It was a strange, predatory whale.

The first Basilosaurus ever found, B. cetoides, lived in a shallow sea in what is now Alabama. The skeleton is so long and slender that it looks almost like a snake, but with a short rib cage, front arms, and a tiny pelvis that didn’t attach to any vertebrae. At first, scientists thought it was some sort of aquatic reptile, like the ones that swam in the oceans at the time of the dinosaurs. However, the Eocene, when Basilosaurus lived, was long after the time of the dinosaurs and their aquatic relatives, when mammals ruled the earth. By studying the animal’s teeth, scientists found that it was actually one of those mammals. 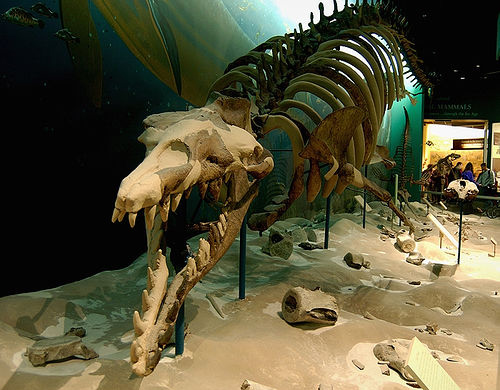 There’s still a lot that we don’t know about Basilosaurus, because some of its body parts weren’t preserved long enough for scientists to find them. Usually, nothing at all is left of an animal that’s been dead for millions of years. We know that Basilosaurus was the largest meat-eater of its time, and we know that it went extinct as the climate changed, but we don’t know what color it was. We don’t know much about its behavior. We may never know most of its features.

However, according to a study published in the journal PLoS One, we do know one more thing: Basilosaurus was (probably) an apex predator.

While most Basilosaurus bones have been found in Alabama, where the creature is the state fossil, there is a slightly smaller species of Basilosaurus found in Egypt. In 2010, paleontologists found fossils of hundreds of this species, B. isis, in Wadi al Hitan, a site 140 km southwest of Cairo. They also found fossils of a smaller whale called Dorudon atrox, crocodiles, snakes, fish, sharks, and relatives of sea cows. 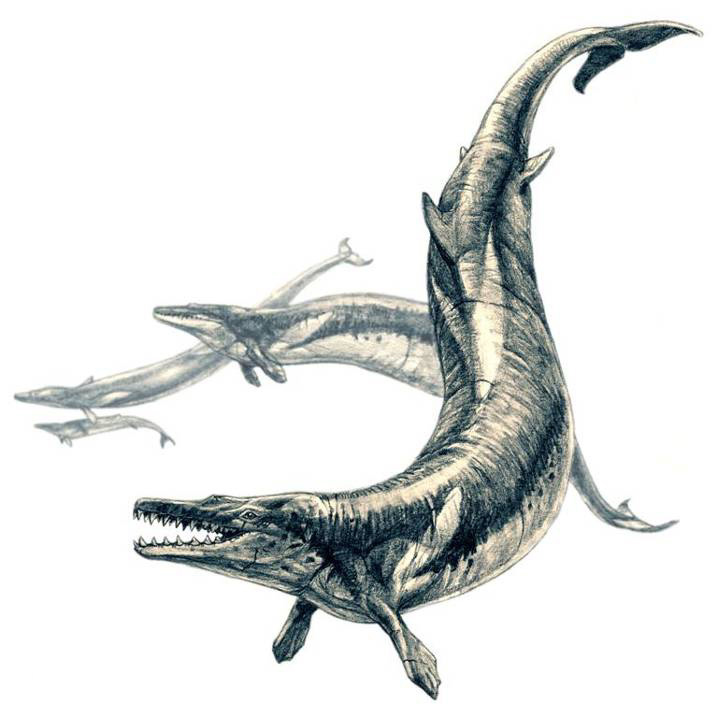 Researchers at the Museum für Naturkunde Berlin, Germany, analyzed these remains and made an important discovery about the animals that lived there, in “The Valley of the Whales.” One of the Basilosaurus skeletons found at the fossil site had the remains of baby Dorudons clustered where the Basilosaurus’s stomach once was, so paleontologists believe that Basilosaurus ate the smaller animal.

Still, they needed more than that to prove that it was a predator, and not a scavenger, who had simply found and eaten an animal that was already dead.

By examining the bones of the prey, the researchers found the evidence they were looking for. Many of the Dorudons had bite marks on their head. While it’s possible for scavengers to bite the heads of the dead animals they come across, it’s more common for predators to intentionally target the head of their prey, in order to kill them quickly.

Luckily, you don’t have to worry about running into the fearsome Basilosaurus when you’re out at sea–this creature went extinct 35 million years ago!

Next post Castells: The Catalan Art Of Human Towers