Beachcombers Beware! More than sunken treasure washes up on the shores of Vero Beach, Florida. 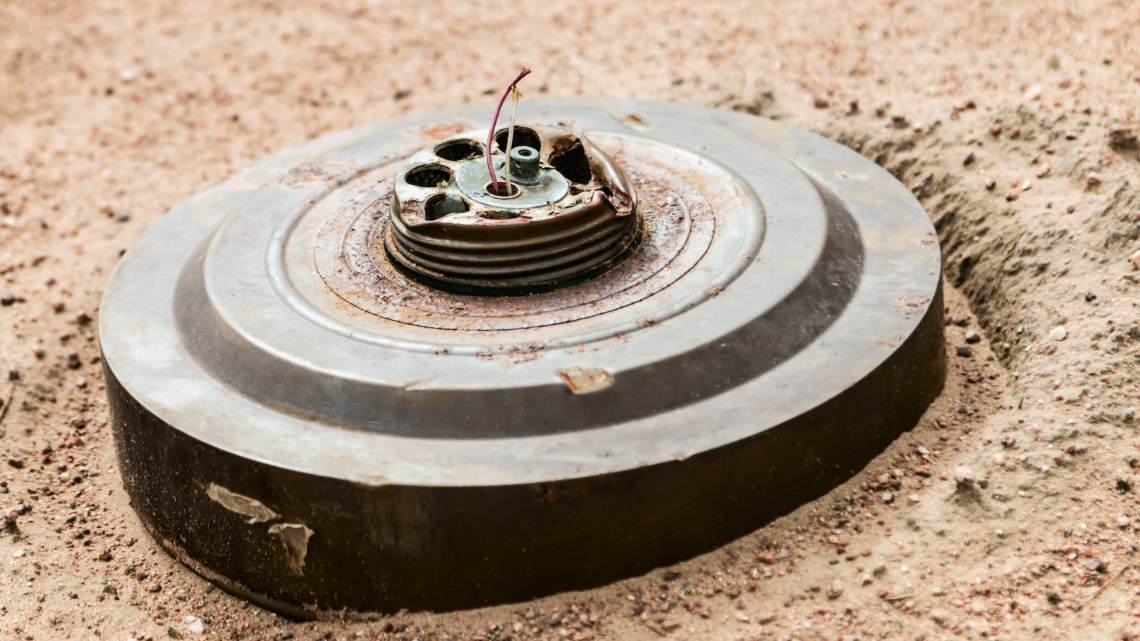 Life along Florida’s so-called “Treasure Coast” comes with many exciting finds, especially when exploring the beaches of counties like Martin, St. Lucie, and Indian River. This region’s name refers to the Spanish Treasure Fleet, which was lost at sea in a 1715 hurricane just off the shoreline. By 1961, salvagers began recovering Spanish treasure off the coast, gaining this strip of the Atlantic international fame.

It’s little wonder, then, that locals like Jayne Wilson take beachcombing seriously. After all, they never know what they’re going to find. Hello, gold doubloons! Fast forward to April 2019 when Wilson discovered what she thought was a barnacle-encrusted plate from a long-lost Spanish galleon or pirate ship.

Only months later, did she find out she was actually in possession of a World War II-era land mine!

A private home health aide, Wilson loves strolling Vero Beach at sunrise with her client’s dog. On one of her morning walks along the Treasure Coast, she discovered more than she bargained for in the form of a flat brown object that looked like a giant “veggie patty.” Normally a collector of sea glass, she was delighted by the find and took it home to clean it up and decipher the mystery of its identity.

This sea glass collector assumed she had found an antique plate of some kind, either metal or porcelain. For nine months, she chipped at the plate’s outer coating, painstakingly removing the barnacles and shells that had collected on its surface. When not working on her find, she kept it in her house in a lunch box cooler filled with saltwater.

One day, she received a panicked message from a friend. As it turns out, Wilson’s friend had just seen a post on a community web page about a man who discovered a WWII-era land mine on Vero Beach. After seeing an image of the land mine, her friend remembered the “crabby patty-looking” object sitting in the cooler in Wilson’s living room.

The realization that she’d been chipping away at a land mine for nine months stunned Wilson, but she figured that if it hadn’t already exploded, it probably wasn’t going to anytime soon. So, she brought the land mine over to her client’s house at Indian River Shores and called the authorities to pick it up. To her horror, they told her to evacuate the home immediately, and they dispatched bomb experts to the scene.

According to the Indian River Shores Police Captain Mark Shaw, finding land mines on the beach is a common occurrence. But he doesn’t recommend Wilson’s approach to dealing with these finds.

Instead, he said you should assume the mine is live and ready to detonate at any moment. In other words, avoid storing it in a cooler in your living room for nine months! Authorities have since dispatched representatives from Patrick Air Force Base to investigate Vero Beach and why it keeps turning up unwanted “treasure.”

If you plan on combing through the sand, keep a watchful eye out for explosive pieces of history.

Previous post Do Airplanes Get Rid Of Toilet Waste Mid-Flight?