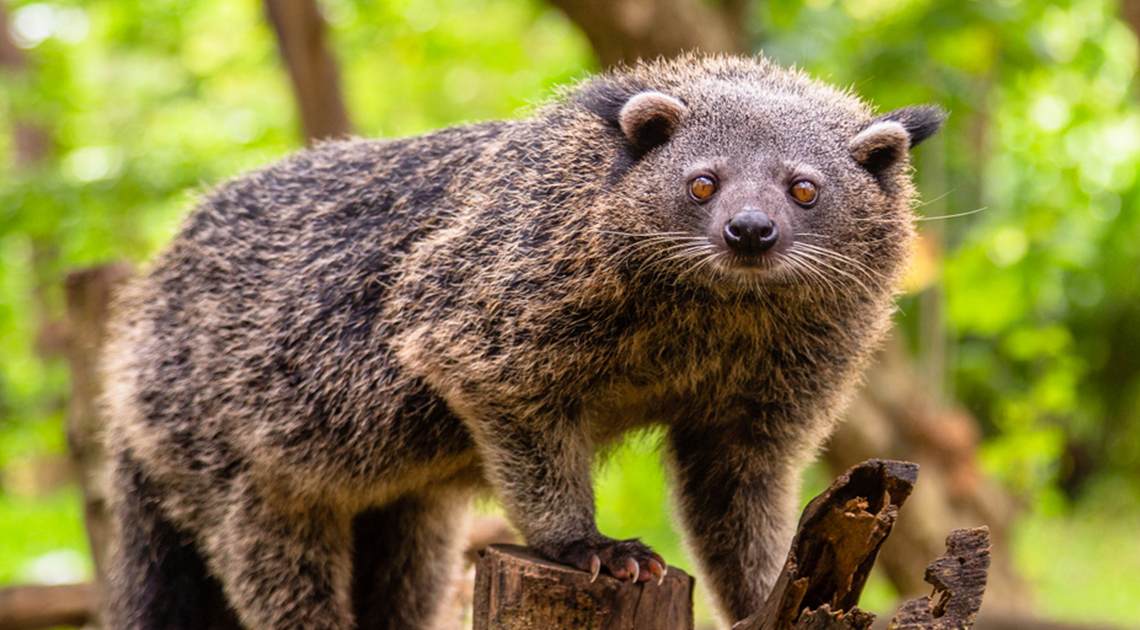 Animals communicate through innovative, multi-sensory means, including sight, sound, and smell. As the American Scientist points out, we’ve known since ancient Greek times that male dogs are attracted to the scent of female dogs in heat. And Charles Butler hypothesized way back in 1623 that the smell of an injured bee incensed the others in the hive to swarm and attack.

Some fragrance companies take the whole communication-through-scent thing even further, peddling so-called “pheromone perfume” comprised of an admixture of chemicals and synthetic animal musk designed to make the wearer more attractive (via Insider). That said, the debate over how well these products work remains contentious and unresolved. But when it comes to the odor emitted by bearcats (a.k.a. binturongs), you’ve got to wonder if nature’s playing a practical joke.

Native to Southeast Asia, binturongs smell like buttered popcorn. This has left scientists craving more knowledge about the hows and whys of this bizarre adaptation. Here’s what they’ve discovered.

Zookeepers who care for bearcats all say the same thing. Their enclosures smell like buttered popcorn, and scientists wanted to know why. So, they analyzed urine samples from 33 binturongs at the wildlife sanctuary Carolina Tiger Rescue in Pittsboro, North Carolina.

Binturongs primarily spread their scent through urination. Not only do they soak their feet in it, but they also drag their tails through it, ensuring everything around them smells like crunchy, buttery goodness. 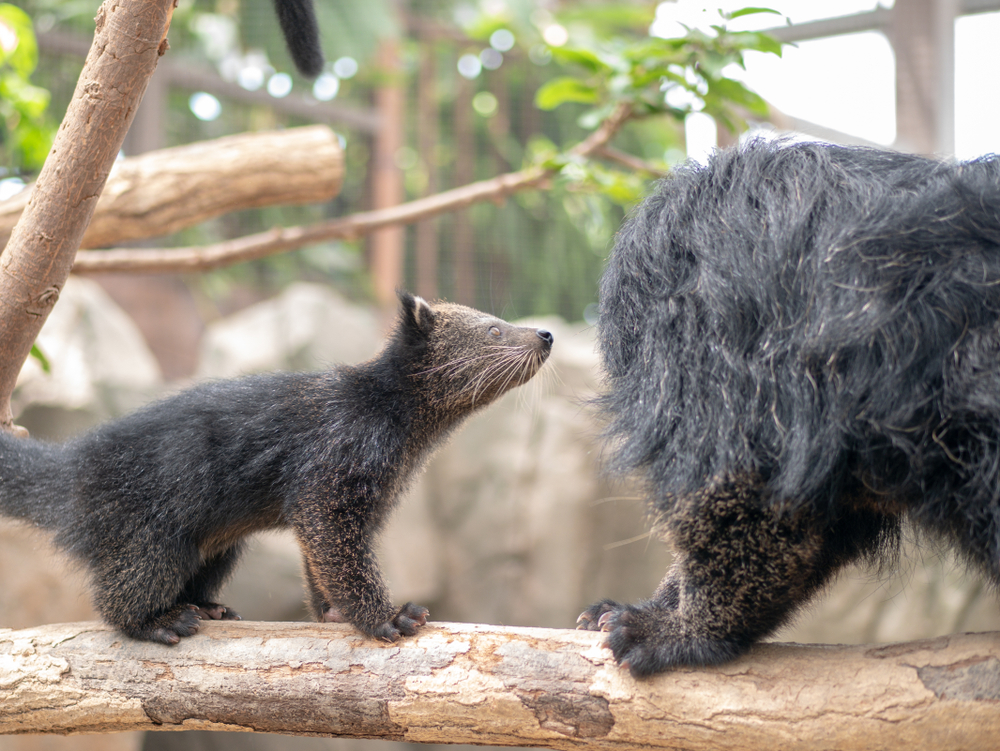 After isolating 29 different chemical compounds in the animals’ liquid waste, they identified the culprit behind the popcorn smell: 2-acetyl-1-pyrroline. Also known as 2-AP, there’s no coincidence when it comes to its discovery. You see, 2-AP is the same chemical that gives everyone’s favorite movie treat its delectable perfume. The 2-AP in popcorn forms during the popping process. The heat triggers new odor and flavor molecules, not unlike bread baking or rice cooking.

Next, researchers wanted to know how smelling like a cinema snack bar helps bearcats navigate life in the wild. They discovered a few fascinating things while they pursued this line of inquiry. For starters, they learned that 2-AP lasts longer than most compounds when it comes to lingering odor, even when exposed to extreme heat. This characteristic comes in handy in Southeast Asia.

They also found that male binturongs secrete more 2-AP than their female counterparts. Yet, both genders ultimately secrete it at relatively high levels, conveying the general presence of binturongs in their natural habitat. Scientists also believe that the presence of 2-AP helps with finding potential mates. After all, the ability to advertise to other binturongs is vital for otherwise solitary creatures.

How Binturongs Pull Off That Delish Smell

Of course, all of this raises a very reasonable question: How do bearcats manage a cooking smell without any culinary activity? Researchers started by looking at their diets. But they remained unable to isolate a culprit from the foods binturongs devoured. 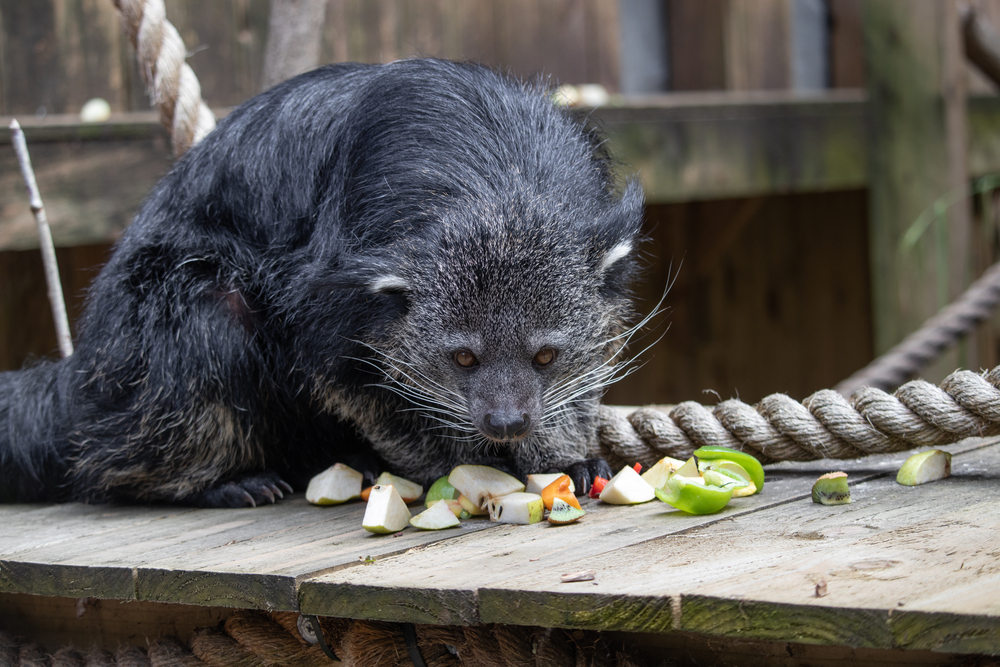 So, they started exploring other possibilities. Soon, they concluded that the yummy popcorn smell occurs when bacteria and microorganisms on the animal’s gut or fur come into contact with its urine. While a fascinating conclusion to this mystery, we don’t recommend thinking about it when you’re digging into a super-sized bag of theater popcorn!

Next post The Magician Who Allegedly Made Battle Tanks Disappear