The Real Story That Inspired The Beauty And The Beast 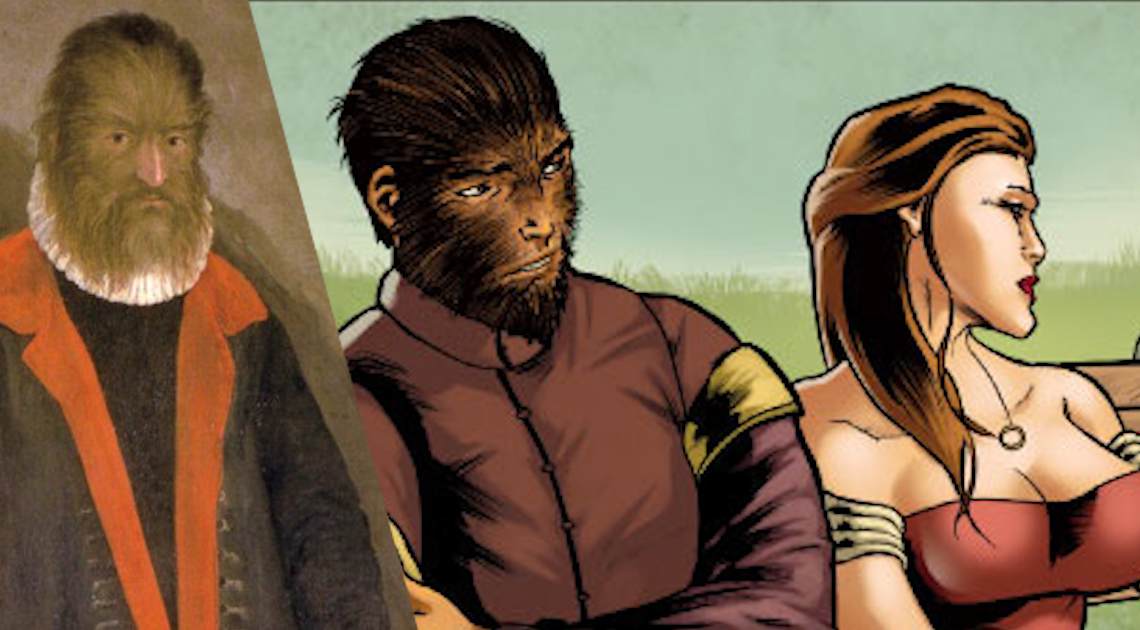 Believe it or not, the beast from a tale as old as time was based on a real story. He was indeed covered in hair and regarded by many to be a monster, but just like in the fairy tale, he was eventually able to find love. We covered the beast’s story previously when Alison Teal—known as the female Indiana Jones—retraced the beast’s steps. Now, thanks to an all-new graphic novel series with Zenescope, Ripley’s Believe It or Not! presents the unbelievable story in illustrated detail: 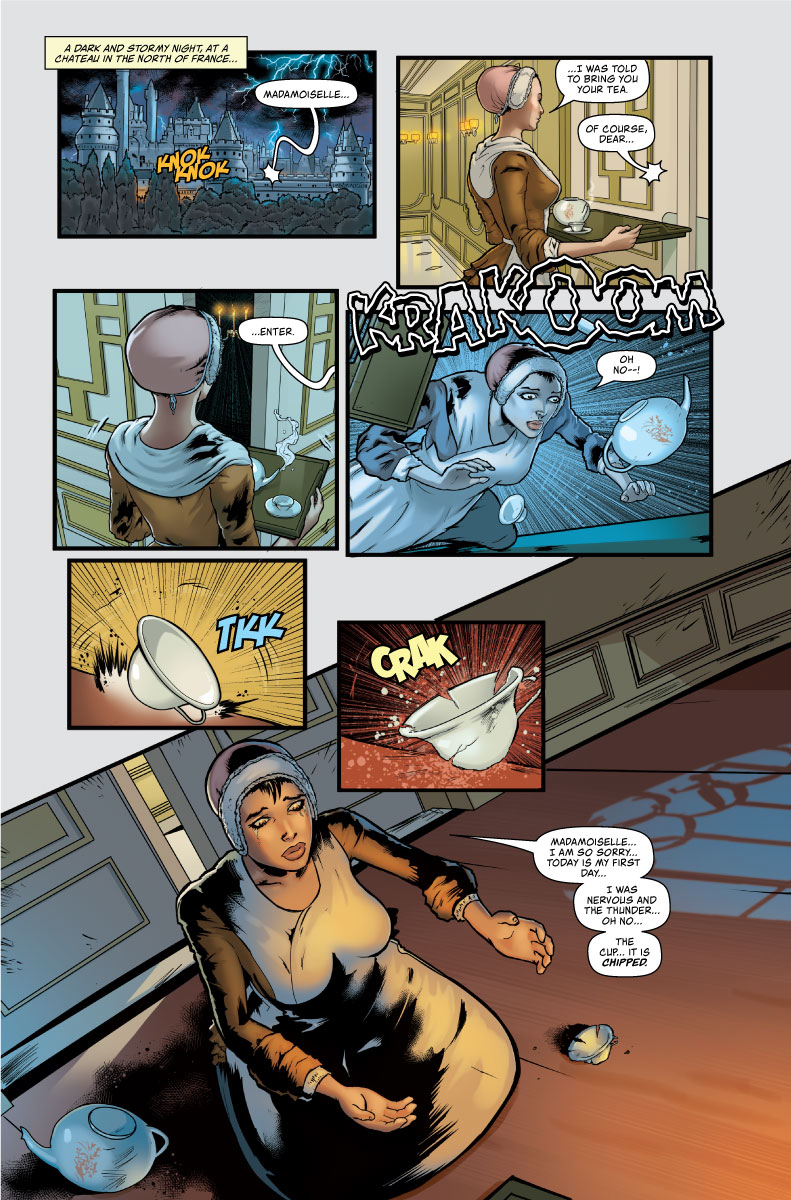 On a stormy night, long since the beast prowled the castle, one remained to tell his story. 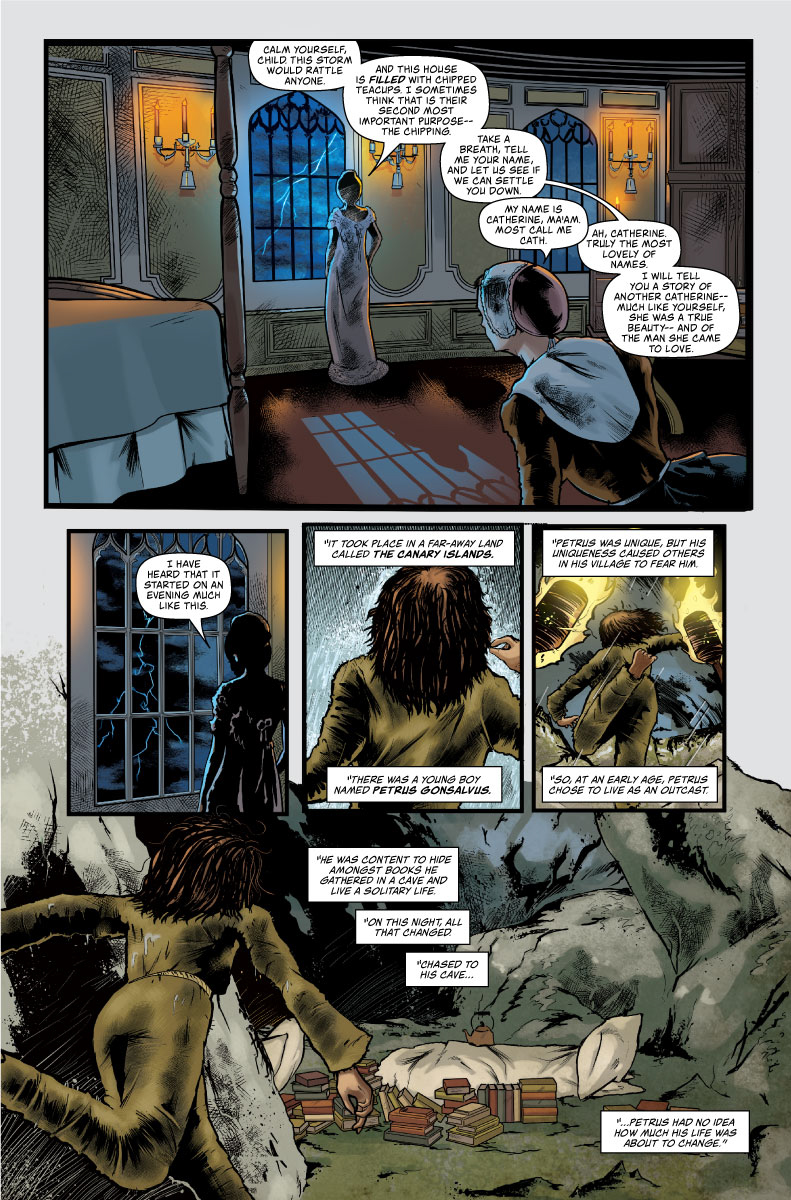 Living in an area of desolate volcanic rock in the Canary islands, no one is sure where the small boy everyone referred to as “the beast” came from, but he had a name: Petrus Gonsalvus. He lived alone as a hermit in a cave carved through the rock by lava. Though the village nearby ostracised him, he was content to be let alone. 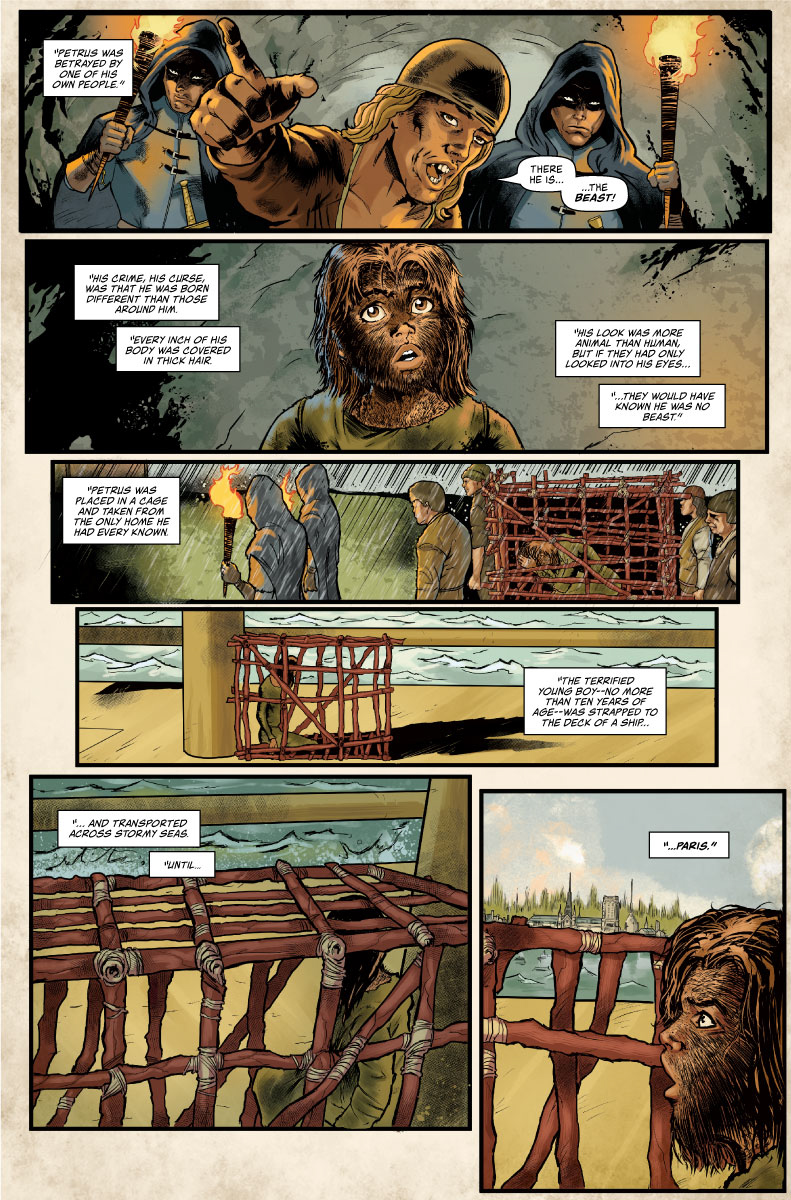 Captured as a curiosity for a far-off king. Petrus’ was bound in a cage, treated like the beast the sailors saw instead of the boy he was. 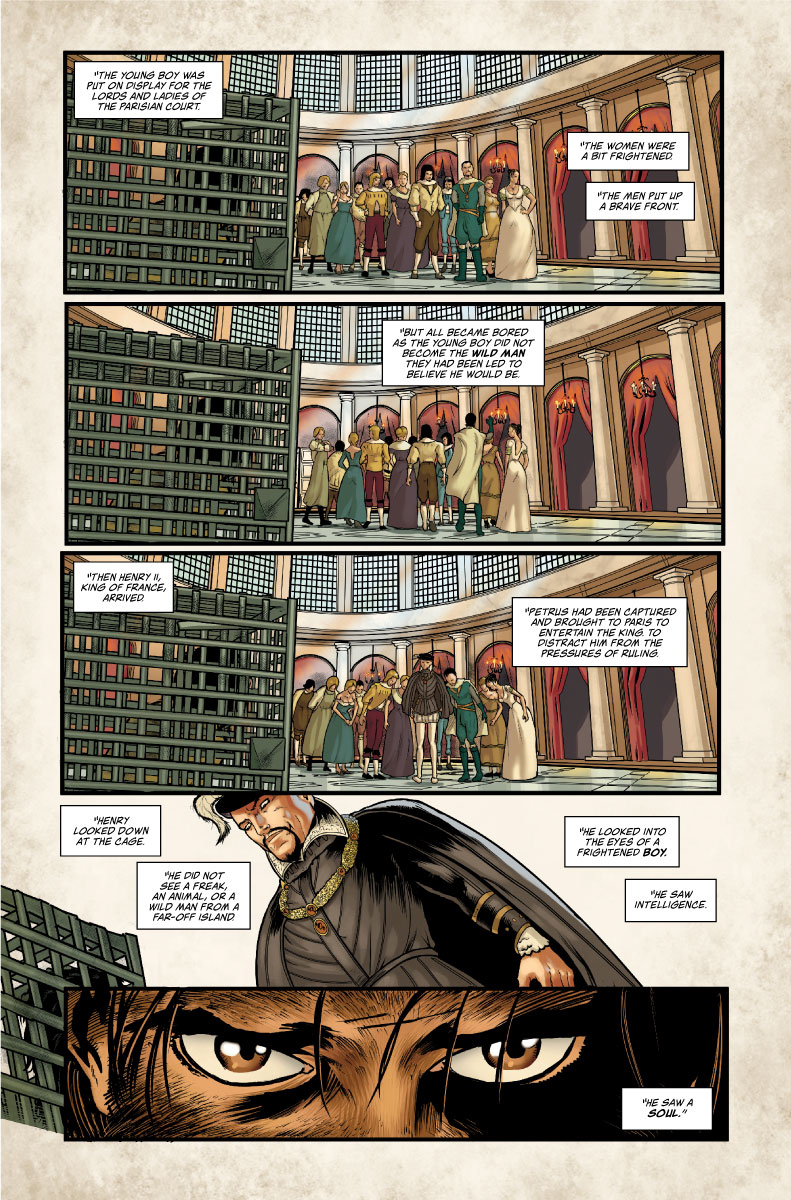 Unsure of what to make of the small and feral looking boy, Henri II decided to try and educate what was a “demi-human” in his court’s eyes. Petrus was taken out of the barren room he had been locked in. Real meals replaced the raw meat and animal feed, and tutors were brought in to teach the “beast.” 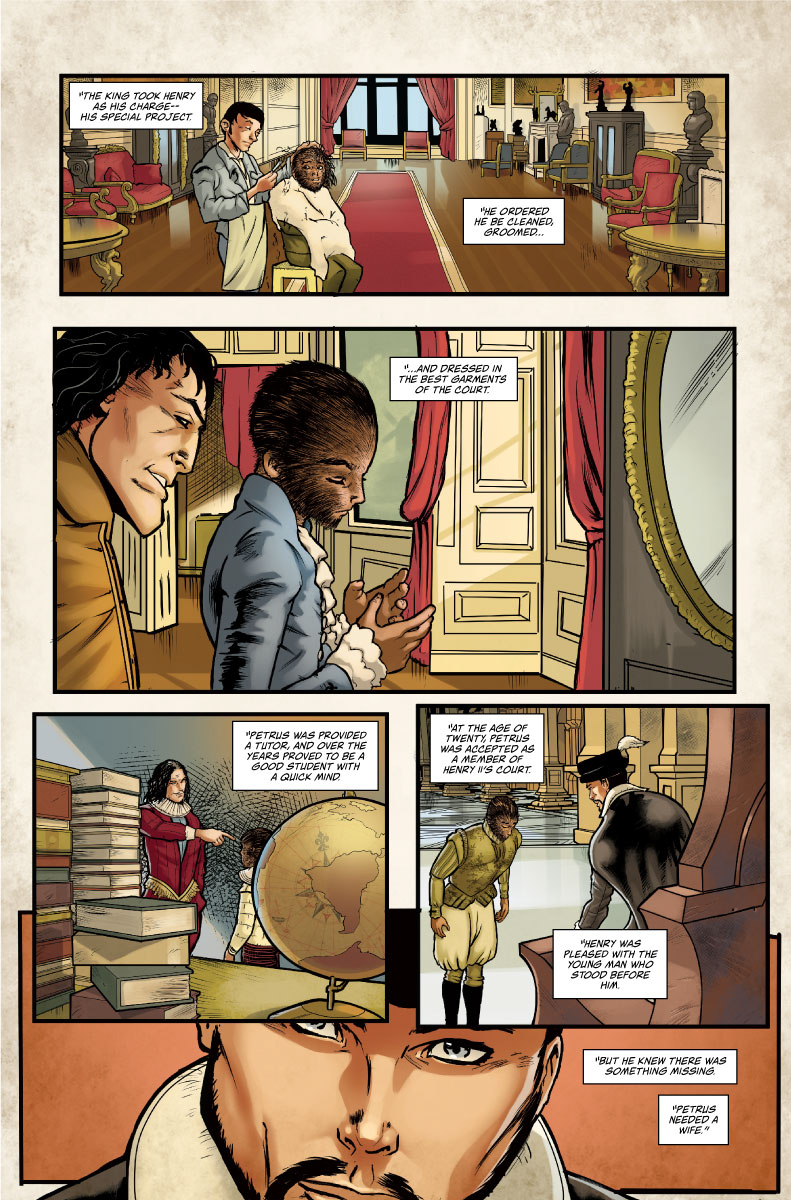 The furry boy soon became versed in not just the basics of literature, but in the etiquette of nobility. He quickly became a court asset, attracting ambassadors and foreign dignitaries into his company. He took to wearing lavish robes with high collars to compliment his furry face. No more did he dine on the butcher’s trimmings, but instead the fine dining his royal stewards had to offer. Henry II was so impressed that he insisted Petrus be married. 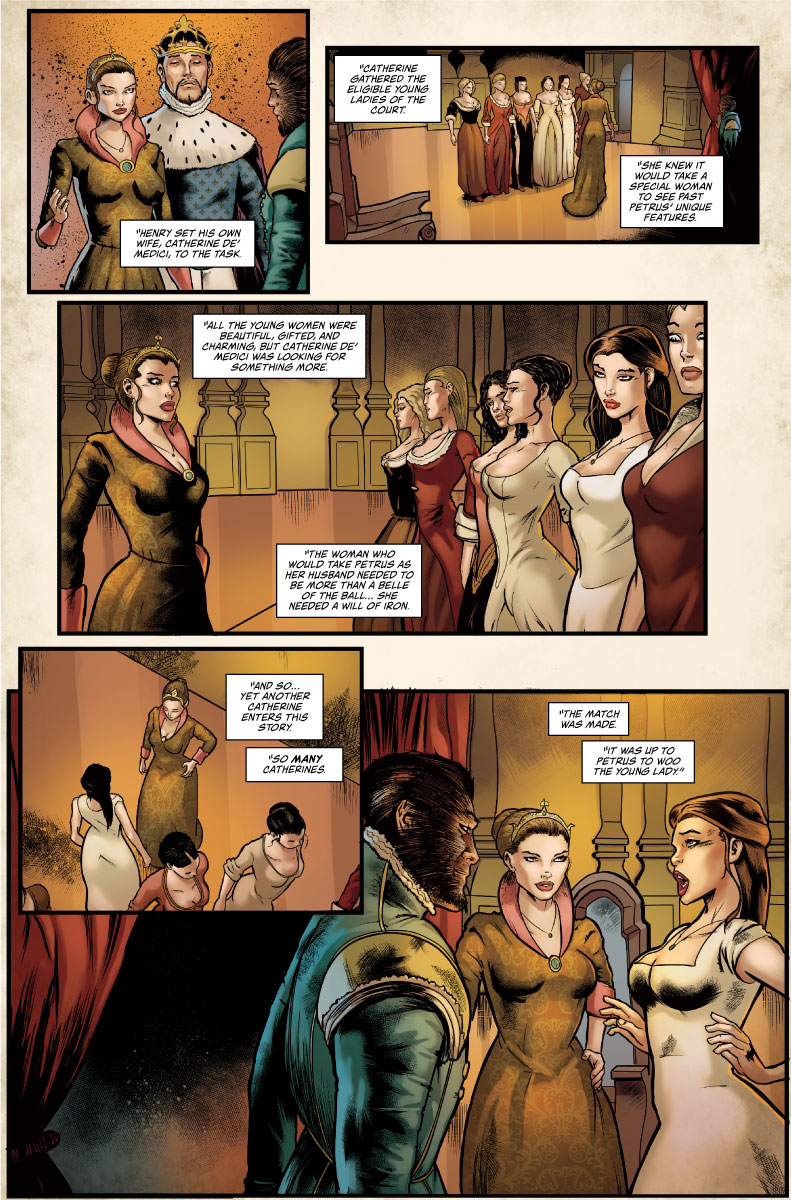 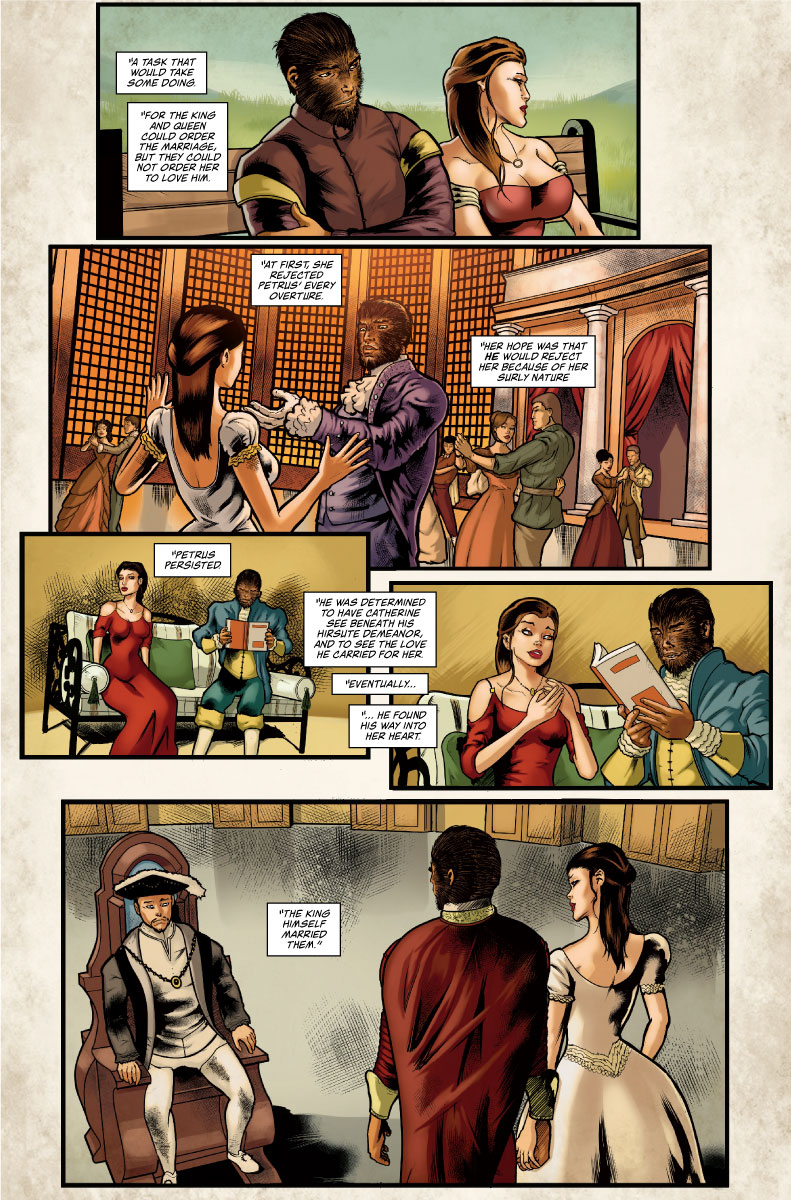 At 17 years old, he was married to the girl named Catherine. Though she had been upset with her arranged suitor at first, she was slowly won over by the charms of the furry nobleman. 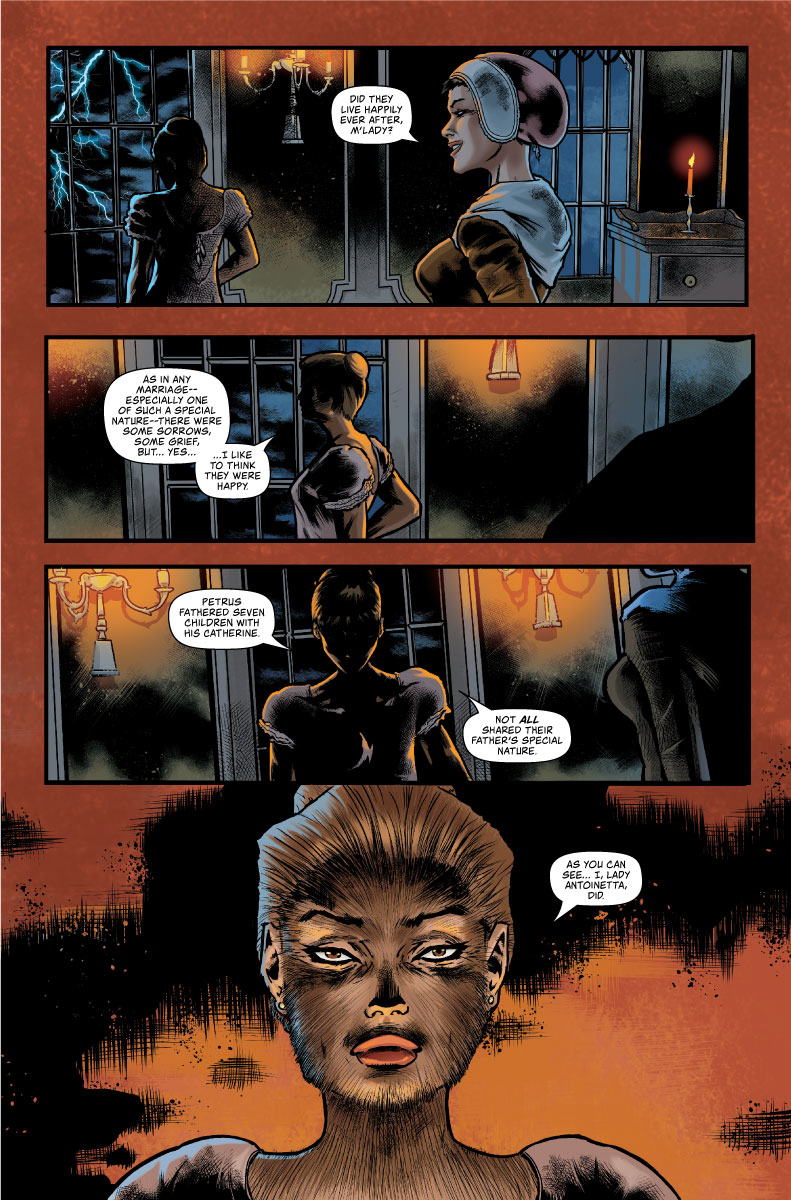 She eventually bore seven children. Two would exhibit the same hairy visages as their father and become token members of other courts. 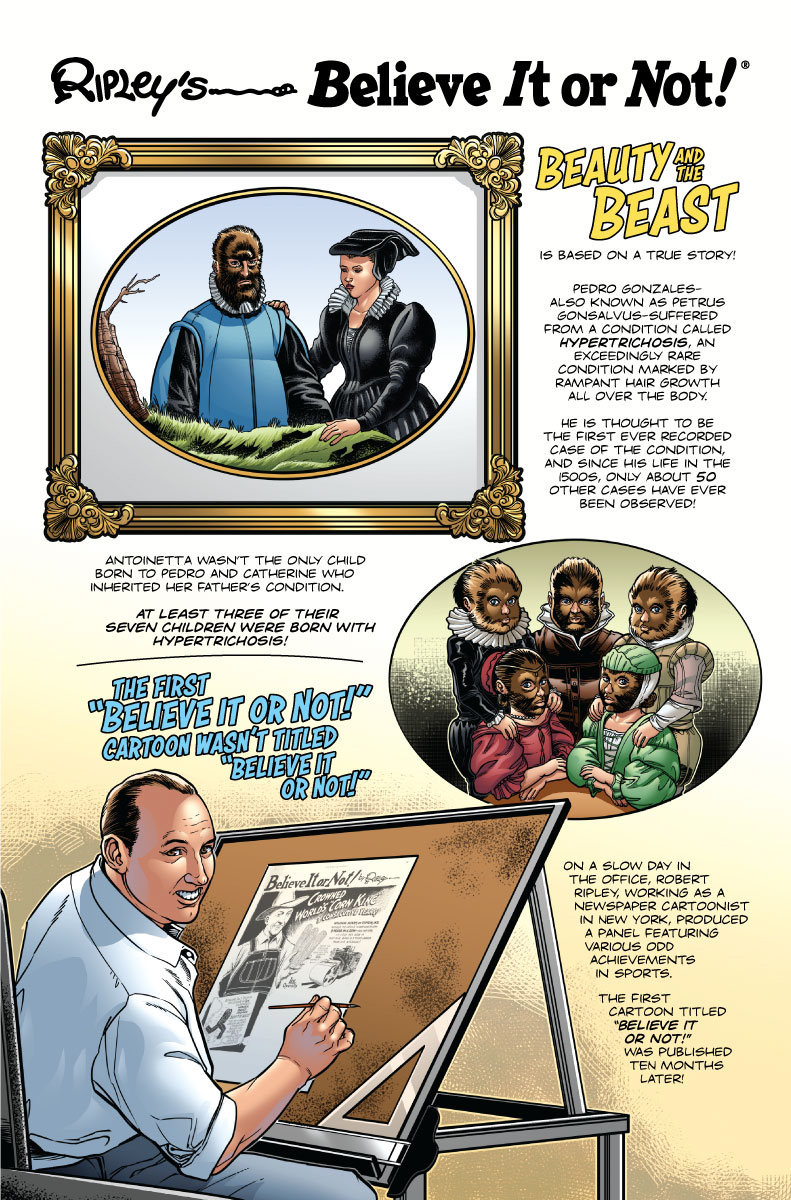 Just as Petrus Gonzalvus’ story—the story of the beauty and the beast—is real, so too are the stories of Ripley’s Believe It or Not!’s comic book series. Just as Robert Ripley brought the most unbelievable stories to life in his cartoon 100 years ago, Ripley’s is bringing stories to life today! Find them at your local comic book store, or get them online! 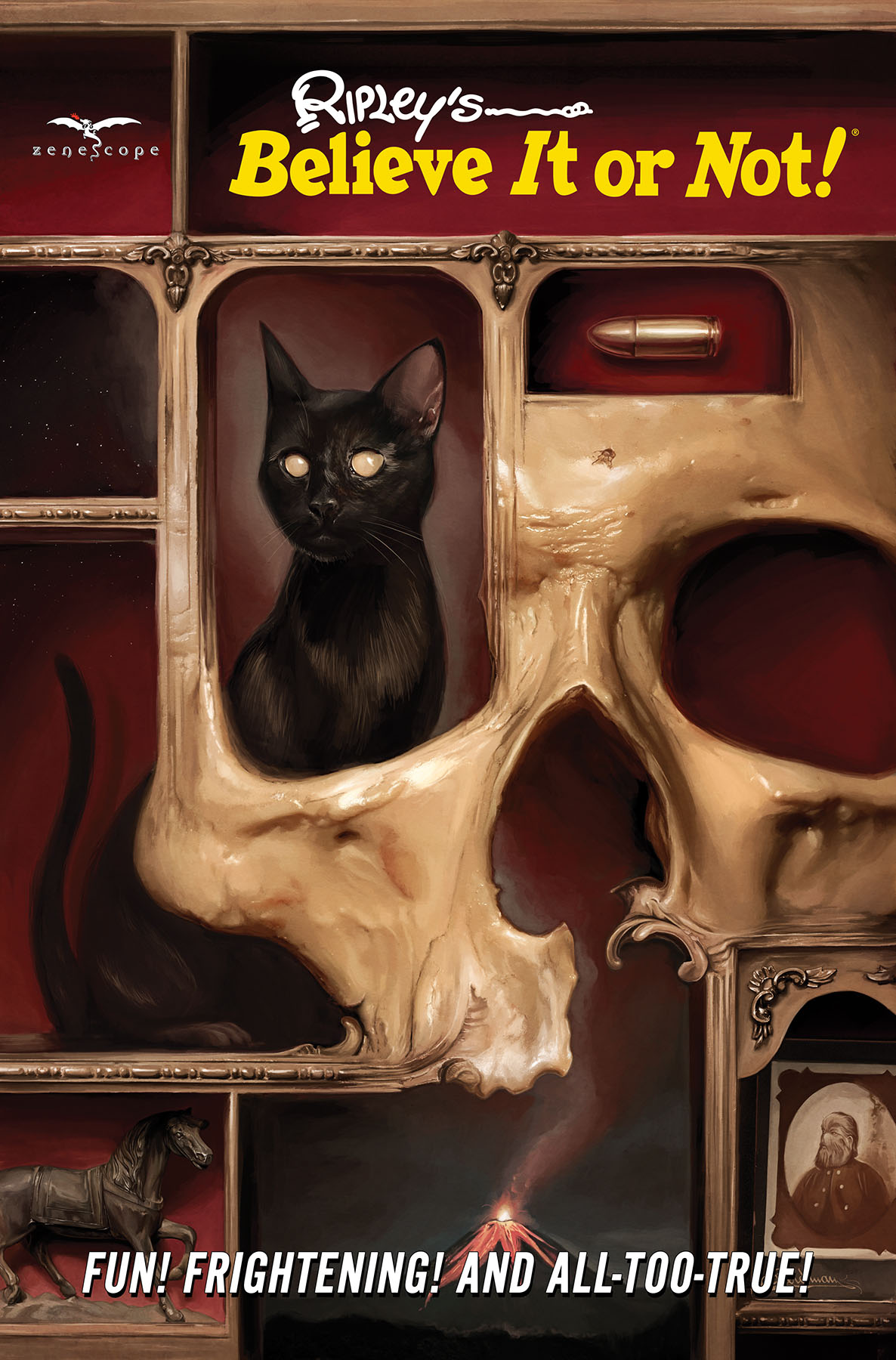 Previous post One Cruel And Sinister Way To Catch A Witch