The “Shocking” Truth About Benjamin Franklin’s “Discovery” of Electricity

Kites with keys aside, people have known about electricity for centuries. 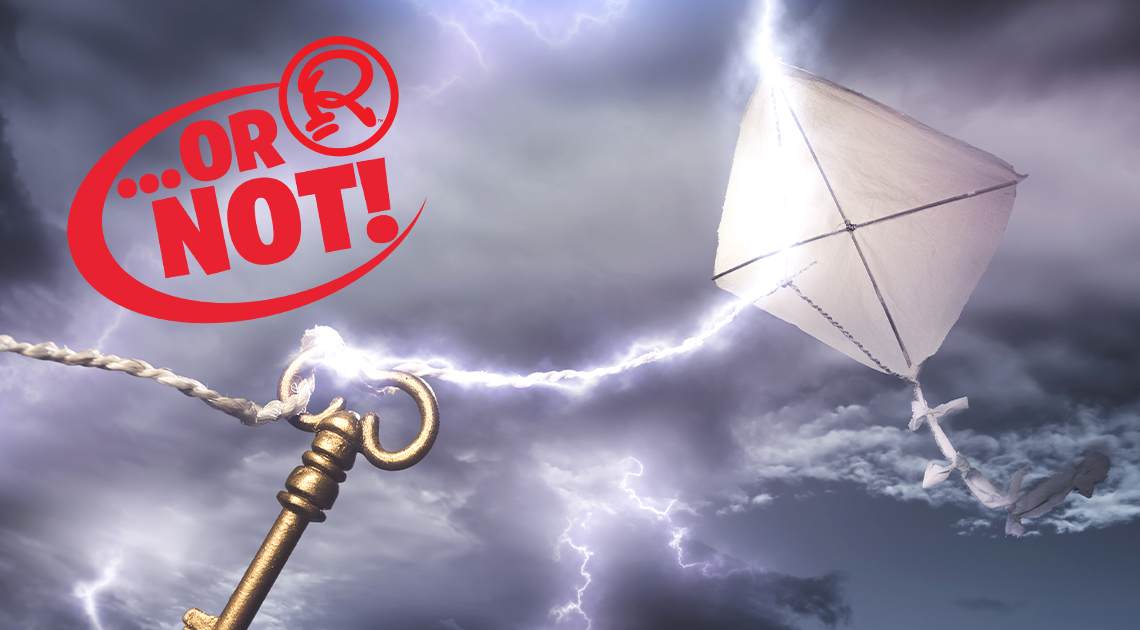 Of all the iconic scientific experiments in history, few are more famous than Benjamin Franklin’s kite and key trick. Several artists have famously depicted it. Usually, their paintings show Franklin and a boy flying a kite in a field during a dramatic storm. In these depictions, a bolt of lightning strikes the kite shooting an arc of light from the key to Franklin’s finger. Today, some people celebrate this as the moment electricity got discovered. 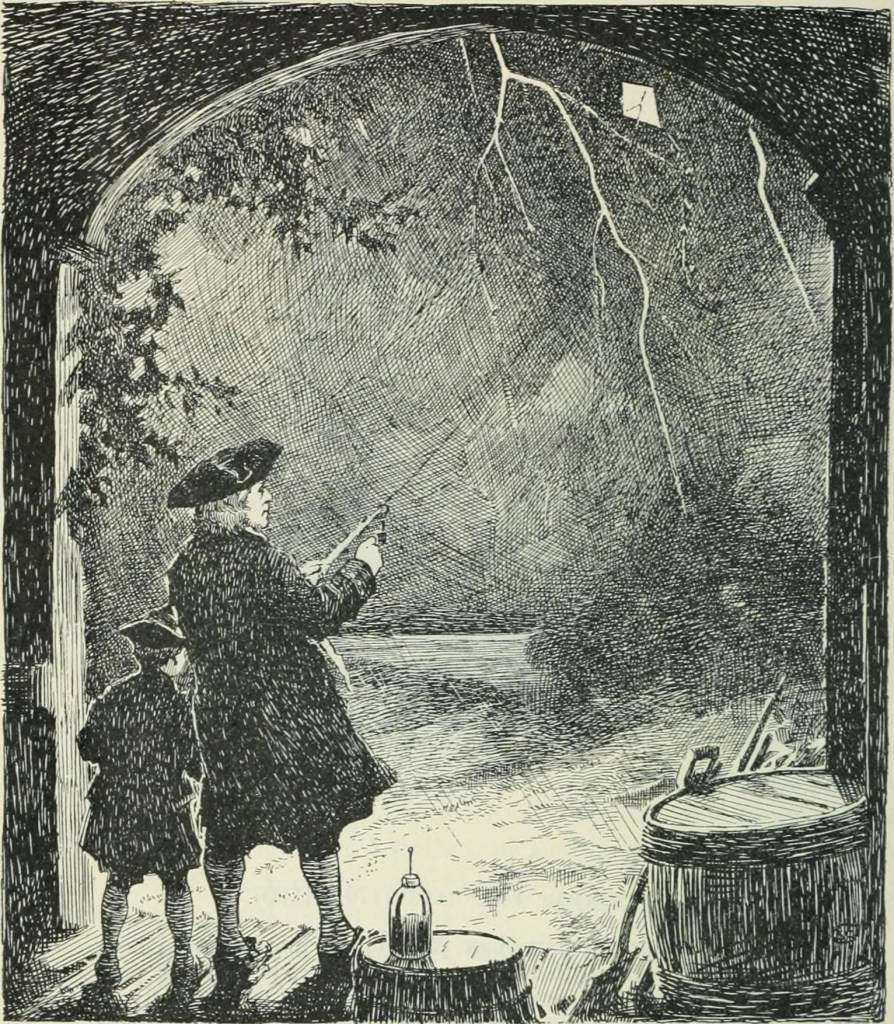 There’s just one problem with this portrayal. Ancient Greeks, such as Thales of Miletus, who died around 546 BC, knew about static electricity. Thales even conducted experiments by rubbing wool against amber. The word “electron” even stems from a Greek word for amber.

Nevertheless, Franklin contributed significantly to our modern understanding of electricity. Here’s the real story about the experiment that changed the world.

Solving the Problem of Attraction

During the 18th century Enlightenment, scientists struggled to understand electricity’s natural properties, such as attraction and repulsion. Benjamin Franklin coined these terms and introduced others, including:

He turned his Market Street home in Philadelphia into a veritable electrical laboratory, designing instruments crafted from household items. Using a wire leading from an iron rod attached to the chimney, he brought electricity into the house. In a letter to a friend, Franklin wrote, “On the staircase opposite my chamber door, the wire was divided, the ends separated about six inches, a little bell on each end.”

When electricity filled the atmosphere, Franklin rigged a group of electric bells to ring. When small sparks jumped between the wires, the bells rang softly. At other times, huge arcs of electricity the size of an index finger lit up the staircase. The bells pealed loudly. Franklin’s wife, Deborah, felt terrified by the alarms and gadgets illuminating her hallway and filling it with noise during storms.

One evening, Franklin attempted to electrocute a turkey for a crowd of boisterous guests.  Unfortunately, he ended up electrocuting himself instead, falling to the ground in convulsions. This brush with death highlighted the strange relationship people had with electricity. Most saw it as a peculiar phenomenon suited for parlor tricks.

From Traveling Electricians to Flying Kites

Traveling electricians toured the country, amusing people with their shows. Franklin watched them with interest. Soon, he moved beyond entertainment, encouraged by accounts of experiments coming out of Europe. He also made observations about lightning and electricity, finding clear parallels. Both appeared as light and in forked arcs. He also noted that both crackled and had the power to kill animals. His conclusion? Lightning was a form of static electricity. 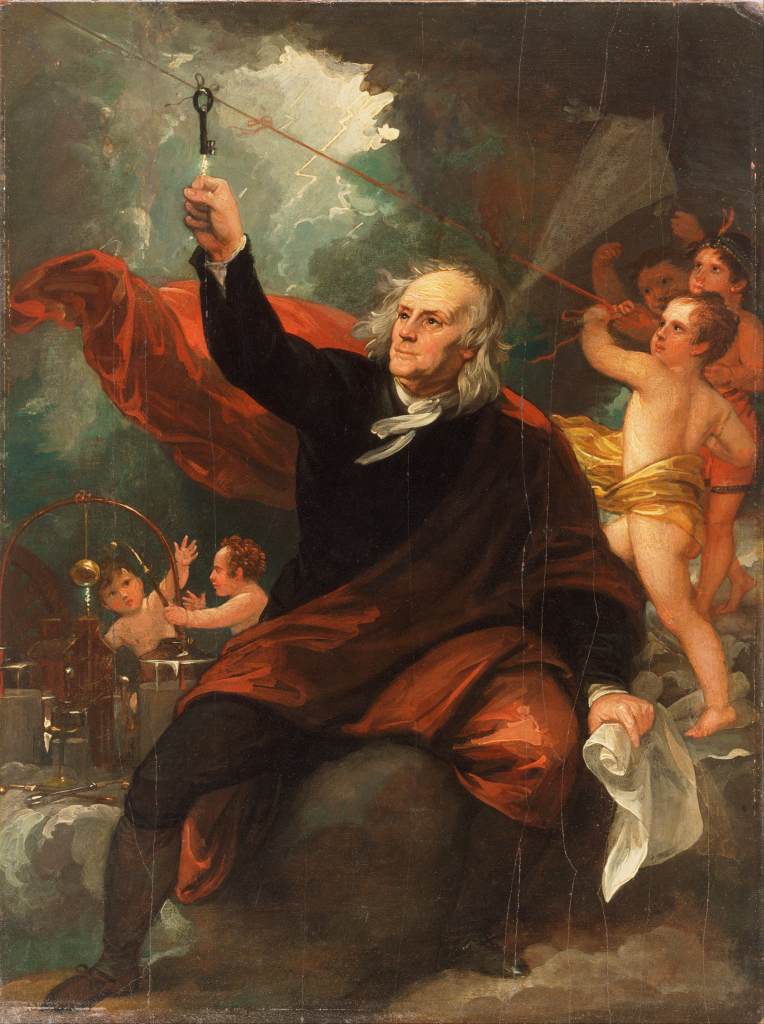 An artistic representation of Benjamin Franklin flying a kite in a lightning storm.

To further confirm his observations, Franklin devised the famed experiment using a kite and a key. Franklin described it in a letter to British inventor, Peter Collinson, who lived in London. Collinson published Franklin’s epistle in 1751. The publication ushered in experimentation by European scientists fascinated with Franklin’s hypothesis, leading to death by electrocution for at least one researcher.

French scientist, Thomas-François D’Alibard, successfully proved Franklin’s hypothesis in May 1752, using a 50-foot-long vertical rod. In Belgium and England, scientists followed suit. In the process, they successfully demonstrated that lightning was electricity. It took time for news of these tests to reach the New World. So, Franklin likely never knew these European scientists beat him to the punchline as he prepared his own trial.

Initially, Franklin planned on conducting his test from Christ Church steeple, still under construction. By the spring of 1752, though, the steeple remained unfinished. Franklin grew impatient and decided to proceed without it. In June, he and his son William flew a kite with a key tied to the string in a thunderstorm.

Franklin and the Lightning Rod

An experiment fraught with incredible danger, Franklin and his son risked electrocution. How did they escape with their lives? No lightning hit the kite. Instead, the kite encountered small amounts of electricity collected in the storm clouds. Franklin touched the key, causing the threads on the string to stand on end. The charge was collected in a Leyden jar, an antique electrical component capable of storing a high-voltage electric charge that could be released at a later date. The result? Franklin proved the presence of electricity as lightning.

The realization that electricity and lightning were the same had immediate repercussions, both practically and scientifically. Fifteen years later, Joseph Priestley, the British chemist who discovered electricity, published an account of the experiment. Franklin went on to design the lightning rod, an iron rod attached to the top of a building. The rod was connected to a wire. The wire transported lightning strikes harmlessly to the ground.

Soon, his lightning rods stood atop buildings, from New York to Boston, London to Paris. Franklin didn’t discover electricity or even perform the first experiments associated with its discovery. But he did create the lightning hypothesis and experimental conditions to prove it.

Next post Book A Nostalgic 90s Movie Night At Blockbuster

Previous post The Stranger Than Fiction Stories Surrounding The Omen