Best Kids’ Mullet In The U.S. Goes To Wisconsin 8-Year-Old

The Tennessee Top Hat. A Kentucky Waterfall. The Missouri Compromise. No matter what you call it, the mullet reigns supreme when it comes to outrageous hairstyles. 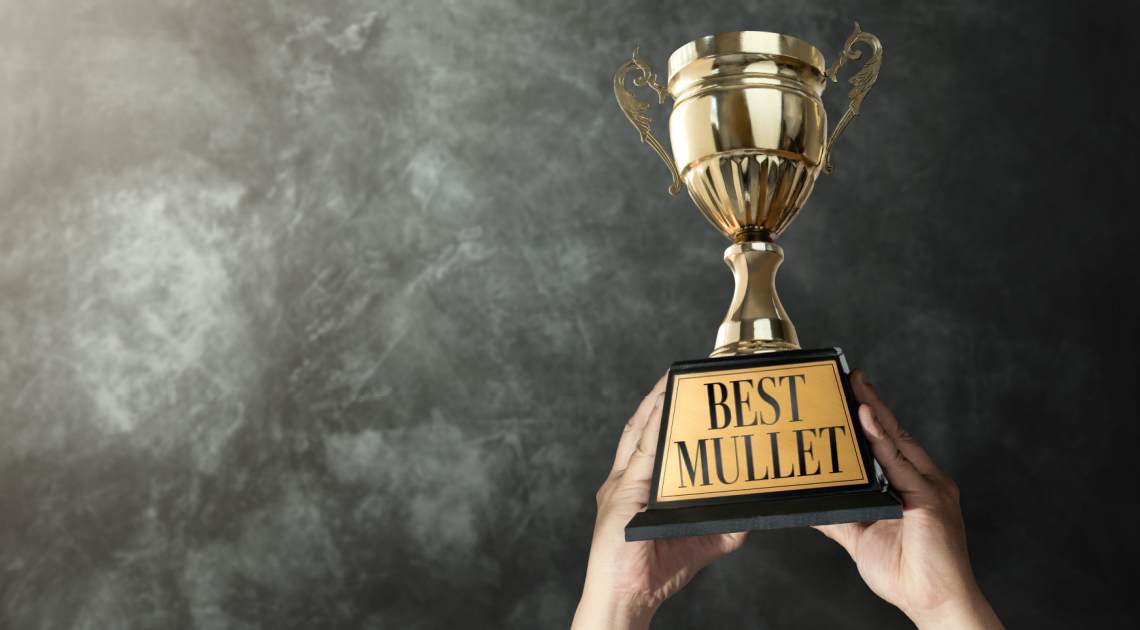 An eight-year-old from Wisconsin is throwing a party in the back after his quirky mane helped him beat out almost 700 contenders for 2022’s Kids Mullet Championship.

The Tennessee Top Hat. A Kentucky Waterfall. The Missouri Compromise. No matter what you call it, the mullet reigns supreme when it comes to outrageous hairstyles.

After noticing that the ’80s trend was making a comeback, men’s store owner Kevin Begola of Fenton, Michigan, founded the USA Mullet Championships, celebrating not only the asymmetrical hairstyle but also the lifestyle attached. Though bald himself, Begola has a lot of respect for the dedication it takes to rock such a daring coif.

“You think, ‘That guy over there, he’s been rocking a mullet for 20 or 30 years. Who is that guy?’” Begola told the Washington Post. “That’s one of those things you see in the wild and you’re like, ‘That takes commitment.’”

With 130 submissions, turnout for the event’s first year was nothing to sniff at, and interest in the championship has only increased in the following years. This year, 688 people submitted their ’dos in the kids’ division alone!

There’s more than glory on the line for participants, who (much like their hair) have business on the forefront of their minds as they compete for a $2,500 grand prize. Submissions cost $10, with all proceeds going to the nonprofit Maggie’s Wigs 4 Kids of Michigan. In total, USA Mullet Championships was able to donate $3,500 to the organization!

While all of the submissions were pretty rad, Begola and other “mullet experts,” including a hair stylist, a past winner, and the “Godfather of the Mullet,” trimmed the pool down to 25 finalists before giving online voters a chance to mull-et over. Ultimately, eight-year-old Emmitt Bailey of Menomonie, Wisconsin, and his blonde mullet were declared a cut above the rest.

A big-time hockey fan, Emmitt (a.k.a. Mullet Boy) first asked his mom for the iconic chop after seeing several of his favorite players whipping their hair around the rink. Though she initially resisted, but his persistence eventually won over and she allowed him to buzz his bleach blonde hair — only in the front, of course.

A champion has been crowned in the 2022 Kid’s Mullet Championship https://t.co/3y5Ynow65x pic.twitter.com/rPmEQ2JDuW

Begola believes that a combination of Emmitt’s bright blond transition from short and spiky to long, curly locks and wraparound neon Pit Viper sunglasses, which he says are “just part of his look,” sealed the deal.

When asked what he plans to do with his grand prize money, Emmitt remained committed to the mullet lifestyle, saying he plans to “buy a go-kart because I want to race.”

To the hundreds of achy breaky heartbroken kids that didn’t take this year’s top spot, you may want to start planning for 2023. Emmitt made it very clear that his mullet isn’t going anywhere soon, responding to a reporter asking if he would chop off his signature locks after the contest with, “Why would I do that?”

Previous post Japan's Cuddly Rabbit Island Has A Dark Past