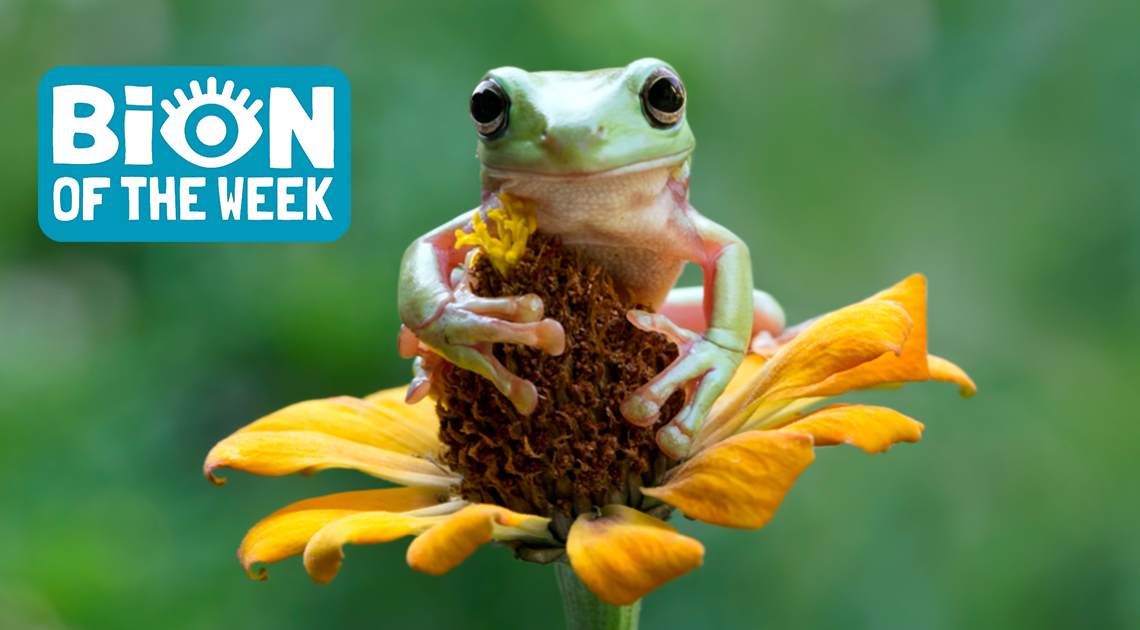 [March 22–March 28, 2021] Cinnamon Toast shrimp tails, an invasive water monster, and a lunar plan to save the animals—all round-up in this week’s weird news from Ripley’s Believe It or Not!

Cinnamon Toast Crunch is under a swirl of fire after a Los Angeles man took to Twitter claiming he found the taste you don’t want to see mixed into his bag of cereal. Writer, TV producer, and avid Twitter user, Jensen Karp, 41, set the internet buzzing when he posted a picture of what appears to be shrimp tails among the crazy squares he was craving.

The cereal brand’s social media squad was all over the scandal, offering an apology and a request for more information. However, things quickly soured when they declared that Karp’s discovery was actually “an accumulation of cinnamon sugar” in a separate post. Karp promptly accused the cereal manufacturer of telling tales, as evidenced by another image of the fishy findings.

At a friend’s suggestion, Karp began investigating the remaining contents of the two family pack bags of cereal and was disturbed to find not only more shrimp tails but also a string resembling dental floss as well as bits of a black substance attached to several pieces—presumably, rat droppings. To top off an already traumatizing situation, one of the bags was held together with tape.

Karp ultimately deduced that the odds and ends found in the bag were a result of a rat infestation but plans to take the tails and droppings to a lab for DNA testing to confirm.

Cinnamon Toast Crunch has followed up on their “investigation” with a statement saying that the findings in Karp’s cereal occurred outside of their facilities and requested any for any customers encountering oddities in their cereal bags to contact them immediately.

Ok, we’ll after further investigation with my eyes, these are cinnamon coated SHRIMP TAILS, you weirdos. I wasn’t all that mad until you now tried to gaslight me? https://t.co/7DmADmoqUt pic.twitter.com/rSLE60pvoy

Each year, tourists flock to Florida to celebrate spring break with sunshine and warm waters. This year, they were joined by the state’s newest invasive species—an Amazonian river monster that grows to 10 feet long and weighs over 400 pounds!

A dead arapaima recently washed up on Cape Coral’s Jaycee Park’s shores, causing great concern that there could be more of the predatory giants lurking nearby. The arapaima is known to eat anything in its path, which could cause a major problem for the local ecosystem.

How the fish arrived in the waters of the Caloosahatchee River remains a mystery. However, some suggest it may have been the same journey of Florida’s other invasive species—irresponsible pet ownership.

As one of the world’s largest predatory fish, arapaima don’t exactly make great pets. But neither do Burmese pythons, which hasn’t stopped people from buying them only to release them into the wild when they shockingly grow to their anticipated size.

The good news is, unlike Burmese pythons, there’s no evidence that the discovery of the arapaima’s body is any more than a one-off situation. The water monsters theoretically shouldn’t be too hard to spot. Aside from being massive, they leap out of the water to suck up small mammals and breed in very specific areas. It would also take a lot more than one member of the population to create a sustainable population.

That being said, the Florida Fish and Wildlife Conservation Commission is asking for anyone who may see a four-to-ten-foot monster popping out of the water to snap a quick photo and send it their way. 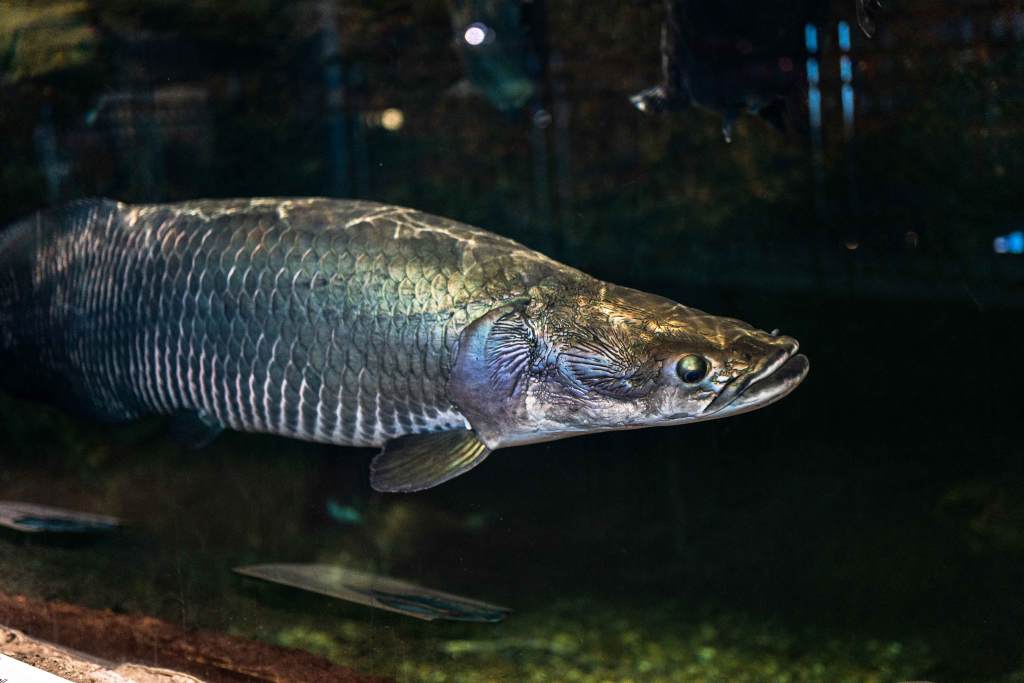 Arapaima at Ripley’s Aquarium of the Smokies

A team of scientists from the University of Arizona has developed an insurance policy to protect the world’s biodiversity in the event of global devastation—send it to the moon.

After seven years of research, Jekan Thanga, an aerospace and mechanical engineering professor, and five of his students have detailed how an underground biological repository on the moon could preserve samples of almost 90% of the world’s species.

Inspired by Noah’s Ark, the team’s plan includes rocketing 50 frozen seeds, sperm, egg, and spore samples from each species to lunar caves to be archived by solar-powered robots.

The caves, shaped by molten lava, are naturally suited to protect such samples, having been undisturbed for billions of years—a luxury we simply do not have on planet Earth.

The team’s grand plan is to send 6.7 million species to space. Ultimately, it would take about five years to complete the mission, with 15 rocket launches total. Each launch would take only four to five days to land on the moon.

Though the plan to get there is flushed out, the team is still working on details of what would happen once the samples reach the repository, including how the samples would react to microgravity.

For the time being, research will continue, with the mission depending on technological advancement to ensure its success, as not to lose the specimens forever.

Jekan Thanga and his team at the @uarizona created a concept for their doomsday vault which would store organic material such as seeds and sperm in cryogenic temperatures until needed. Curious how this facility would look? (Photos courtesy of ASU Prof. Mark Robinson) pic.twitter.com/FPAhgrQyTc

Scottish Island Up for Grabs

It’s time to brush up on your Scottish slang as auctioneers at Future Property prepare to sell off an 11-acre island in the Scottish Highlands with a starting bid of only $111,700!

Over the past year, we’ve seen plenty of destinations offering to pay people to live there or dollar home deals on some remote islands as a means of boosting tourism, but the sale of Deer Island is no marketing gimmick.

Located on Scotland’s west coast, Deer Island has been owned by the same family for 500 years but is still completely uninhabited, except for its resident wildlife, which includes red squirrels, seals, and dolphins.

New owners can keep an eye out for celebrities visiting the neighboring island of Eilean Shona, owned by Vanessa Branson, sister of Virgin-mogul, Richard Branson.

An Australian White tree frog named Betty is leaping into history as the first amphibian ever crowned Cadbury’s Easter Bunny.

Betty beat out over 12,000 other contestants, ready to take the stage as the candy company’s spokes-bunny. She’s not only the first ribbiting rabbit but also the smallest and the first female winner!

Along with the hop-portunity to star in the 2021 Cadbury Clucking Bunny commercial, Betty will receive $5,000 for her victory. Cadbury will also make a $15,000 donation to the American Society for the Prevention of Cruelty to Animals.