There’s something to be said for staying young at heart! 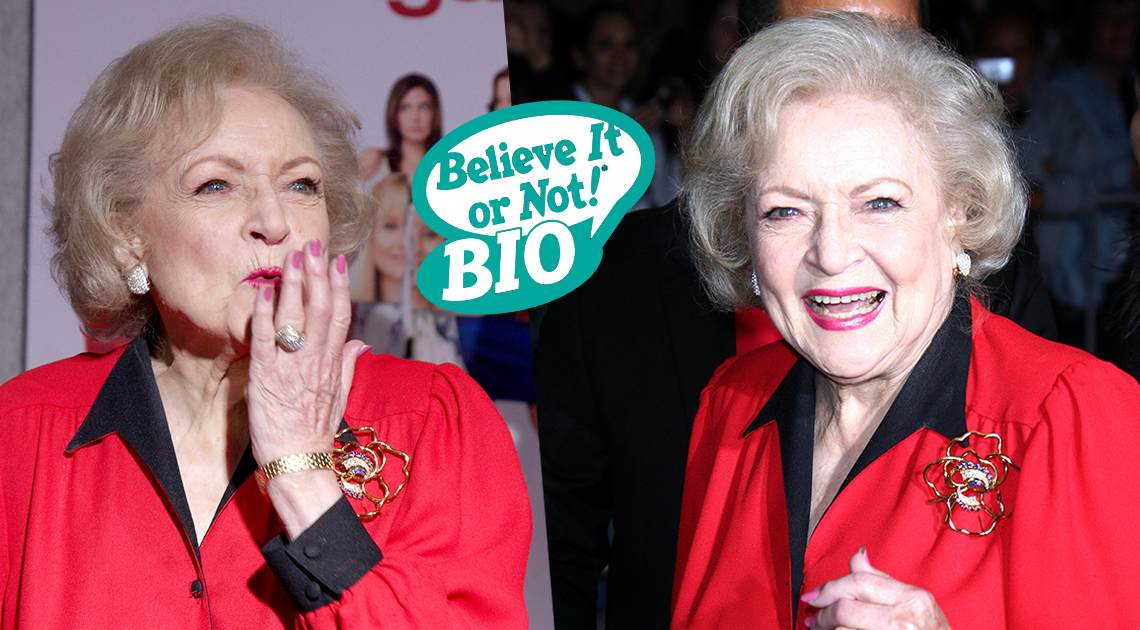 Before Amy Poehler, Tina Fey, and Ellen Degeneres were even twinkles in their mothers’ eyes, there was Betty White. She was set to turn 100 years old on January 17, 2022, and will forever remain the original Queen of Comedy.

White graced radio airwaves before leaping into quiz shows, sitcoms, and, eventually, onto the silver screen. Along the way, she gained fame on The Mary Tyler Moore Show and Golden Girls. Over the past handful of years alone, she’s enjoyed a colossal television comeback with cameos on Saturday Night Live, The Middle, and Community. Along the way, she’s shattered ratings as an audience favorite.

Clearly, White will always remain a Hollywood powerhouse. But how much do you really know about one of America’s most beloved comedians? Let’s take a closer look.

In 1988, White was honored with a star on the Hollywood Walk of Fame. But how did her career begin? It’s astounding when you realize the Matron of Laughs got started on a Parkay Margarine commercial, but such were her humble beginnings. According to the grapevine, White haunted the office of producer Fran Van Hartesveldt in search of work.

Eventually, he relented and offered her a job in a commercial. From there, she debuted on the radio show “The Great Gildersleeve,” another Hartesveldt project. Despite her natural charisma and ease in front of the camera, White never took an acting lesson. She claimed they were never really her “thing.” What’s more, she wanted to act as naturally as possible, and acting lessons didn’t strike her as the way to achieve this.

Before becoming an actress, Betty aspired to be an opera singer, zookeeper, or park ranger.

What’s another fact about White that might surprise you? She never intended to be an actress, let alone a comedian. Instead, she spent her youth enrolled in serious singing lessons because she aspired to be an opera singer. Many decades later, she got to indulge her wildest singing desires on the set of the animated movie The Lorax (2012), where she relished the opportunity to belt out a few bars. 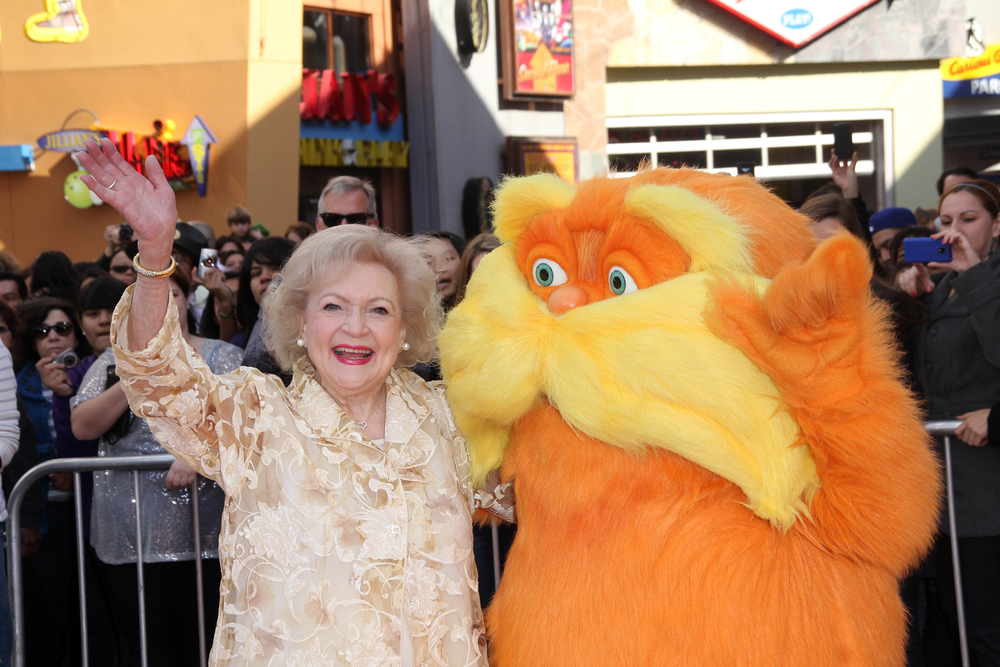 But her varied interests didn’t stop at the Met. She also longed to be a zookeeper or park ranger. However, in the 1930s and 40s, women didn’t become park rangers or zookeepers, so White put her dreams on the backburner. Then, in 2010, she got the chance of a lifetime. At the age of 88 years old, she was named an honorary park ranger. She would later confide that her parents would’ve been more impressed by this award than any other that she’s received over the years.

At age 99, Betty held many awards and record-breaking titles.

In 2014, White was named the actor with the Longest TV Career for an Entertainer by various record books, based on her more than 70 years of work in Tinsel Town. She also holds the record for being the oldest person to host Saturday Night Live. In 2014, she became the oldest star to win an Emmy at the age of 92. She also clinched the record for the longest span between Emmy nominations, with her first in 1951. 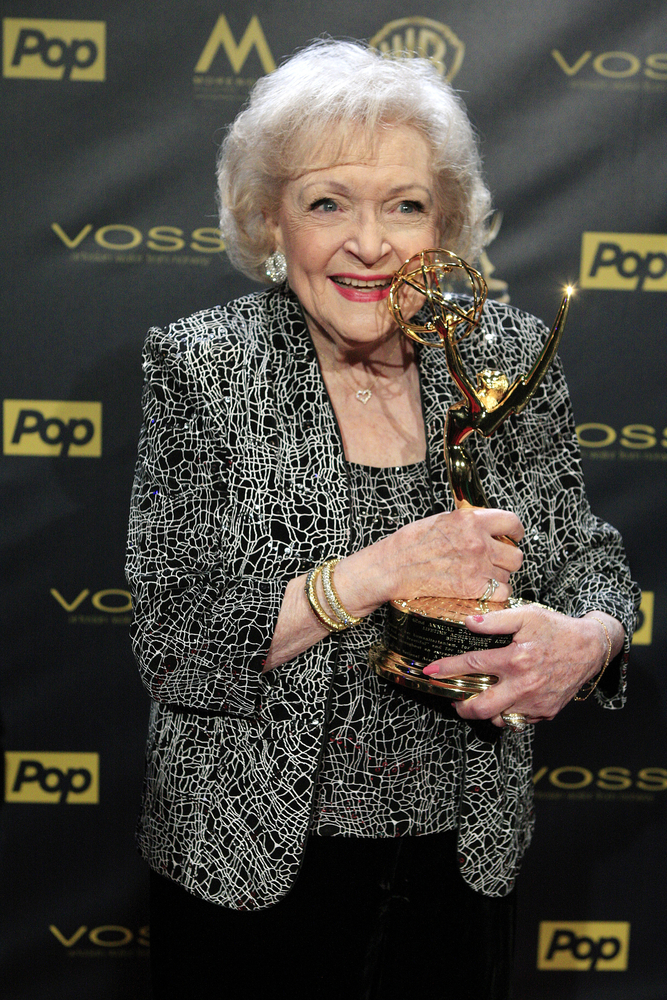 That said, her television debut in 1939 has been lost to the pages of history. She would later recount that this appearance involved dancing with her Beverly Hill High student body president to the “Merry Widow Waltz.” She wore her high school graduation dress for the event, and it set her on an early trajectory to celebrity.

But that didn’t mean White wouldn’t face distinct challenges, too. Her initial rise to stardom got cut short by World War II. Before the war, she worked as a model as well as on radio and in theater. But she pushed everything to the side to join the American Women’s Voluntary Services. There, she spent her days devoted to delivering supplies via PX trucks throughout the Hollywood Hills. In the evenings, she would participate in rousing dances, fantastic send-offs to soldiers shipping out.

Her love of animals goes far beyond her zookeeper dreams.

We’ve already hinted at White’s love of furry friends. After all, she would’ve chosen a job as a zookeeper over an actress any day. She also confesses that she prefers animals to people. An avid animal rights activist, she’s a board member of the Los Angeles Zoo. And she’s contributed tens of thousands of dollars to the Farm Animal Reform Movement and Friends of Animals group. In 2010, she even started a line of T-shirts whose profits went to the Morris Animal Foundation. 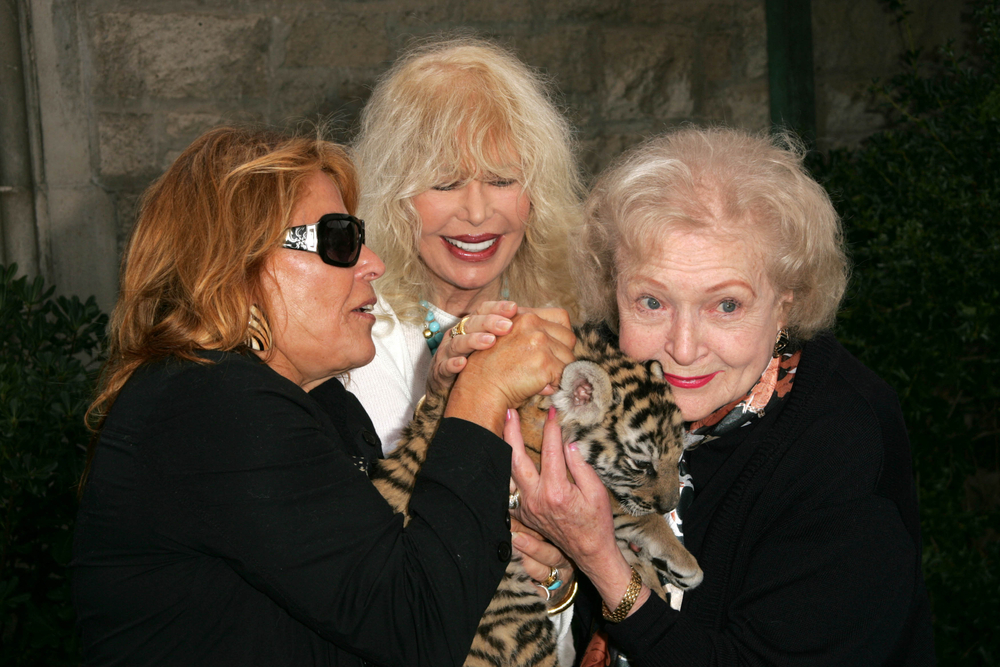 But her activism doesn’t stop with fundraising. After being offered the role of Helen Hunt’s mom, Beverly Connelly, in the movie As Good as It Gets (1997), she turned it down. Why did she pass up the chance to work with Jack Nicholson? Her reason for declining was because of a scene in the film that she felt openly advocated animal cruelty. It involved Nicholson’s curmudgeonly character throwing a small dog, who wouldn’t quit barking, down his apartment building’s trash chute.

Betty credits her life’s longevity to her guilty pleasure love of junk food!

What was the key to Betty White’s incredible vitality and youthfulness? She attributed her longevity to an incredible guilty pleasure, her love of junk food. From Red Vines to hot dogs, French fries to Diet Coke, she regularly indulged in preservative-laced food. She’s speculated it may be the actual preservatives keeping her in such good shape!

But her wayward loves don’t stop at food. She was also obsessed with Robert Redford. Despite her more than 110 television and film credits, she never had the opportunity to work with him, although she spoke of him often. She also never missed the chance to flirt with younger men, like Piers Morgan, Jason Momoa, and Alec Baldwin, to name a few. As White always demonstrated, there’s something to be said for staying young at heart!

Next post Retrofuturism: Where We Thought We’d Be Vs. Where We Are