Beware of the Demon House. It’s Coming for You!

This is the portal to hell. 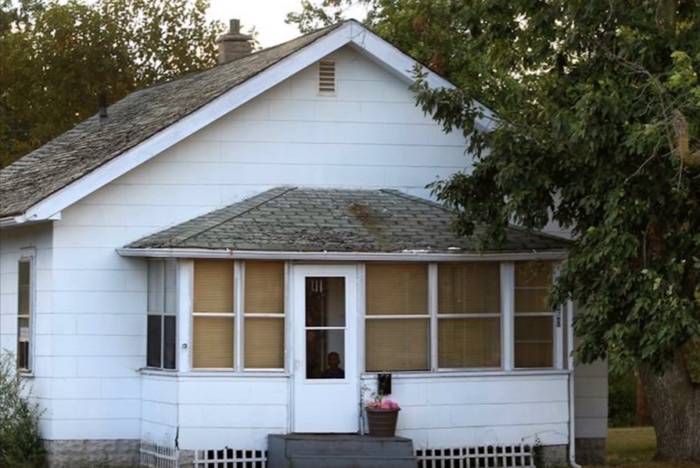 The Demon House via Dust Productions/YouTube

Imagine finding your dream home only to realize that you’re living in an infested demon portal that leads everyone to hell.

From a possessed child crawling upside down to another levitating, what’s been nicknamed The Demon House, is downright mortifying. While these events might sound like something out of the Poltergeist and the Exorcist, it’s true, at least according to witnesses that lived and visited this home in Indiana. 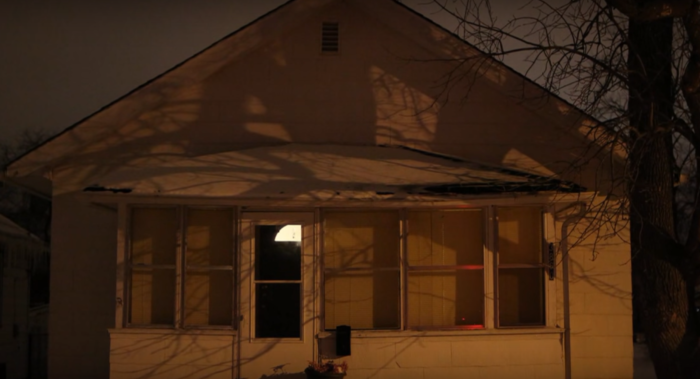 The Demon House Via Believe a Paranormal Experience/YouTube

In November of 2011, Latoya Ammons, a mother of three, moved to a white rental cottage at 3860 Carolina Street in Gary, Indiana. Yes, the city that was once considered the murder capital of the U.S.

After moving in with her children and mother, the family allegedly began to encounter poltergeist activities. Immediately after their move, the enclosed front porch was inundated with enormous black flies. How is that possible the family thought? It was the dead of winter.

Following the incident, it became a recurring event that after midnight both Ammons and her mother, Campbell, would hear footsteps coming from the basement, and the slow creaking of the door opening entirely to the exposed kitchen. Without fail, anytime either one would check the basement, no one was there.

One night, Layota’s mother felt a strange presence that awoke her. As she peeked outside her door, she was startled. She says there was a black shadow pacing back and forth in the living room.  She removed herself from her bed to find giant muddy bootprints. 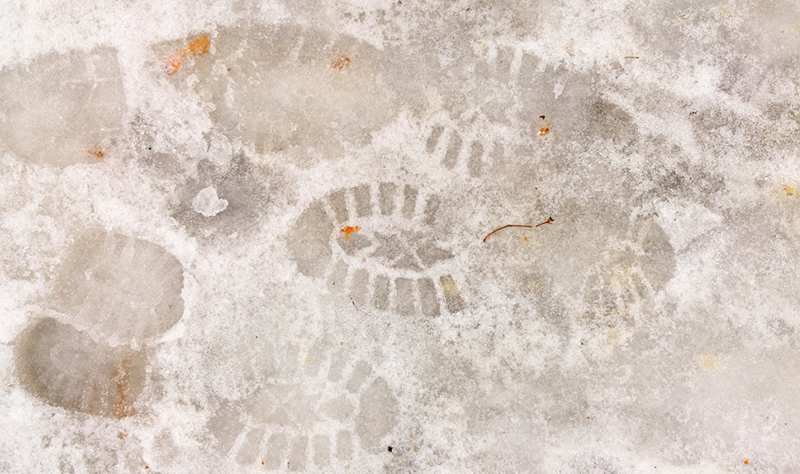 Not making a fuss over what had occurred, the family continued with their life at the Demon House. It wasn’t until March of 2012 that what seemed to be odd turned to dread. One night, around 2 a.m., family and friends were gathered at the Demon House to mourn a loss of someone close. According to Ammons, she went to check on her kids to find her 12-year-old daughter unconsciously levitating above the bed, and without hesitation, everyone gathered around the child and began praying until she fell back to the bed. It was then that Ammons sought help.

Local churches refused to visit the home and suggested Ammons clean the Demon House by pouring ammonia and bleach throughout. Not only that but to draw crosses on every door and bathe her children in olive oil. It was also proposed the family create a makeshift altar in the possessed basement. Regrettably, It wasn’t doing much so Layota solicited two clairvoyants who claimed the house was possessed by more than 200 demonic spirits.

The family didn’t have enough money to break the lease on the Demon House. They had no other choice but to stay.

Ammons began to exorcise the home. She did everything from only wearing white to burning sage, and reading the Psalm 91 out loud. Instead of things coming to a clam end, it only worsened. 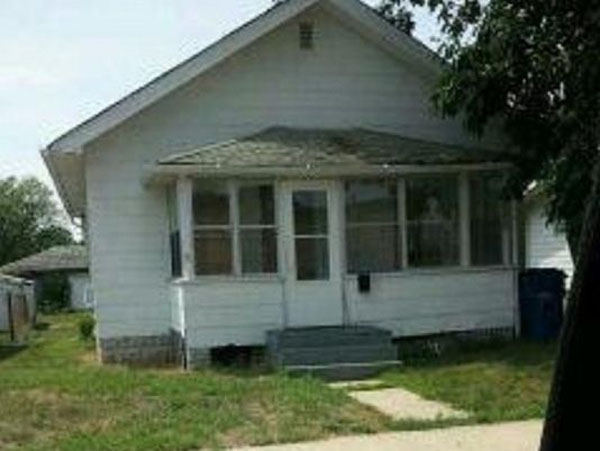 People insist that’s a spirit on the screen porch. Via dreadcentral.com

She also claims to have found her children speaking in tongues with bloodshot eyes, and sporting sinister smirks. Her daughter said she felt like she was always being choked. Her youngest son would lock himself up in his closet to talk to a boy no one had ever seen.

Around April, Ammons gave up and sought help from a physician. During their visit, the two boys, in diabolical yells, cursed the entire staff. A report filed by Department of Child Services (DCS) and police, stated that one of the boys had been magically thrown against a wall. After the incident, the boys proceed to pass out and were hospitalized after.

This is where things got a little out of hand.

The youngest boy kept growling and telling his brother he was going to kill him and began to hit his brother’s stomach by headbutting it. Following the gruesome act, he allegedly walked backward, up onto a wall, made it to the ceiling, and flipped over to land on his feet. During this time, the children were examined for any signs of abuse and Ammons went through a psychological evaluation. To everyone’s surprise, nothing was found.

Either way, what had occurred in front of the hospital staff and police convinced the DCS to take custody of the children. 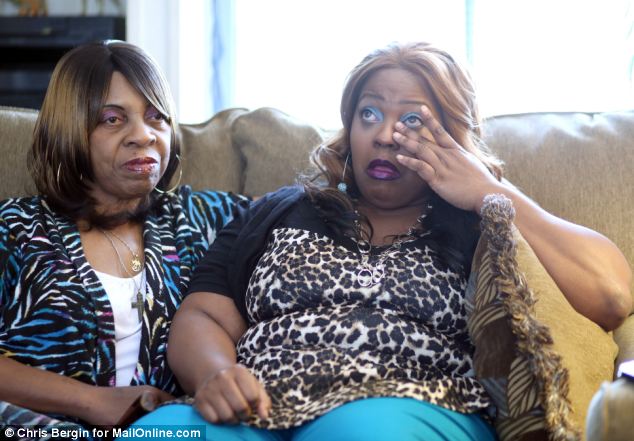 Apparently, staff at the hospital reached out to Reverend Michael Maginot to perform an exorcism on one of the children.

The Reverend visited the Demon House where he insists he too experienced paranormal activity from everything to the muddy footprints and flickering lights that wouldn’t stop every time he investigated something supernatural. Maginot knew he had to exorcise Ammons. He placed a crucifix against her head, and she couldn’t stop convulsing. With four hours into his investigation, Maginot established the house was possessed and demanded they seek shelter elsewhere. 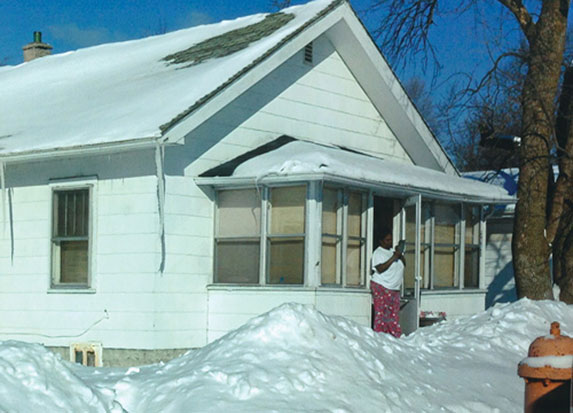 The DCS was far from done with their investigation. They requested officer Austin to review the living conditions of the Demon House. He stated in a police report that he’d seen and heard some unexplainable things. His flashlight flickered uncontrollably in the basement until it eventually turned off by itself. It alarmed him because he had just replaced the batteries that morning. Austin took pictures of the basement where he said he could see a cloud resemble someone’s face, and even recorded audio where you can supposedly hear someone whispering “hey.” He claimed that he brought something back with him as his driver seat kept moving back and forth on his way home. The movement was so intense that his seat motor broke. A believer in the supernatural, the DCS still wasn’t convinced.

Without hesitation, Reverend Maginot continued to investigate the Demon House, particularly the basement with the police and Samantha Ilic, the DCS family case manager. During his many visits, Maginot was convinced there might be a body buried under the stairs of the basement, which would explain the poltergeist activity. Police dug a four by three hole. It’s here where they uncovered a pair of panties, socks, a cooking pan, and a drapery cord.

Ilic claimed to have felt her pinky going numb after touching a sticky substance she found in the house. That same liquid was allegedly found dripping from the venetian blinds in one of the bedrooms; however, no one could see where it was building. They cleaned it off the blinders to find the fluid dripping again.

Exorcism of the Demon House

Reverend Maginot insisted the Demon House needed to be exorcised. The two-hour ritual, which consisted of prayers and performing an exorcism on Ammons yet again, was accompanied by two police officer, and Ilic. According to Ilic, within 30 days after the exorcism, she went through a series of painful events that consisted of her breaking three ribs and obtaining third-degree burns.

Did something attach itself to her?

Maginot continued to purify Ammons even though she had moved to Indianapolis with her mother but returned to Gray for the court hearings. During months and months of “cleaning” her soul, Maginot said she was clear of any demonic presences, and eventually, the DCS returned custody to Ammons.

Believe it or not

Many speculate that these unforeseen tragic events were purely made up by Ammons, especially her landlord Charles Reed, to avoid any payment when living at 3860 Carolina Street in Gary.

Anyone who’s lived before and after Ammons has yet to experience supernatural activity.

The Demon House has turned into such a pop culture phenomenon that Zak Bagans, the investigator from TV Ghost Adventures, purchased the house to film his documentary The Demon House. There has been no release date as of yet, but Bagans did demolish the house in 2016. It looks like someone is spooked out.

Do you believe the story? Comment below and let us know!