Let's get in "Formation" to learn some fascinating facts about Beyoncé Knowles-Carter. 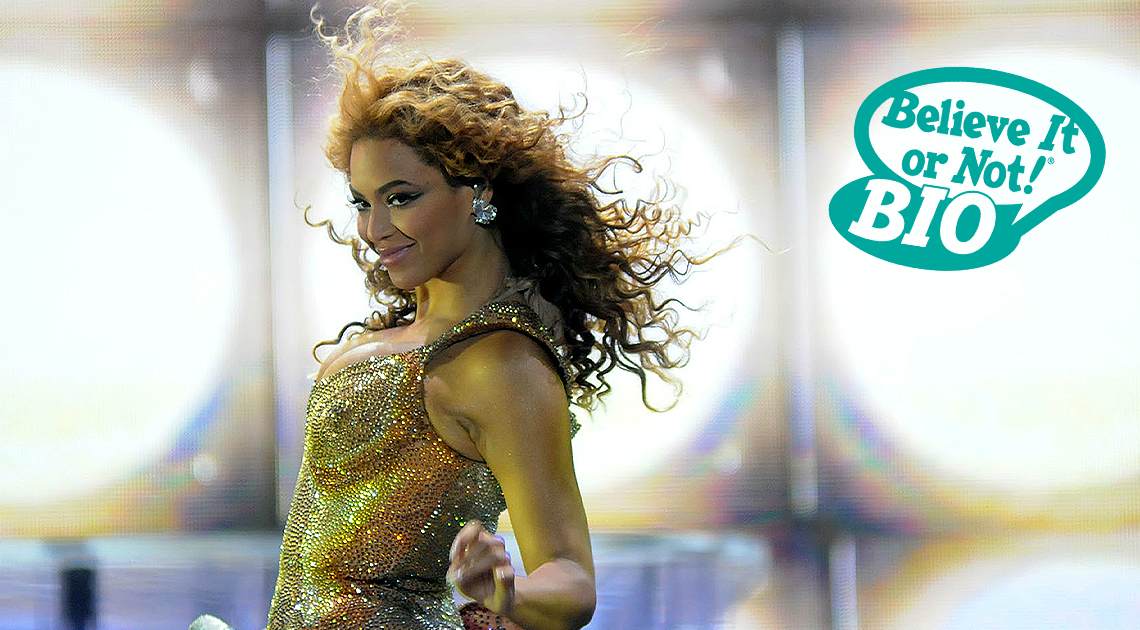 Few performers hold a candle to Queen Bey. She’s received a whopping 79 nominations—the most of any woman in Grammy history. What’s more, Beyoncé has cleaned house as the first woman to win six Grammys in one night. She currently holds 28 total wins. From her collaborative album, Everything Is Love, with her husband Jay-Z, to her most recent “Savage“ mix with Megan Thee Stallion, Beyoncé remains a driving force of the music industry.

Recognized as one of the greatest artists of all time, Beyoncé is more than an entertainer. She’s a veritable international icon, an emblem of confidence, power, and the feminine mystique. Besides an array of Grammy wins, Beyoncé’s also an actress and the owner of an activewear collection. Yet, she remains scrupulously private about her home life.

How much do you know about one of music’s most celebrated women? Get in “Formation” for these fascinating facts about Queen Bey.

Beyoncé has broken so many records, it’s hard to keep track. In 2001, she made her Grammy debut with Destiny’s Child before launching a solo career. Boy, has she come a long way since that time! In 2020, she became the only solo artist (apart from Mariah Carey) to hit No. 1 in four different decades. She soared through the Billboard Hot 100 ranks in the 1990s, 2000s, and 2010s before scoring her first No. 1 of the 2020s with “Savage.”

It’s incredible to reflect on her early days as a budding child performer. At the age of seven, she took first place in a talent show against competitors more than twice her age. She belted out John Lennon’s “Imagine,” to a standing ovation. This win got the attention of her dad, Mathew Knowles, who decided to enter her in other local talent shows. The future B went on to win 35 competitions in a row, stunning judges and audiences alike.

A soundbite from her Star Search days is featured in “Flawless.”

In 1993, at the age of 12, she competed on Star Search along with the singing and dancing troupe, Girls Tyme. While the group received three stars from the judges, they ultimately lost to another group, Skeleton Crew. Thinking back on this time, Beyoncé has stated that her appearance on Star Search represented a defining moment in her adolescence. She even included a soundbite of this performance in her song “Flawless.”

Despite what could have been a Star Search setback, Beyoncé remained a natural performer. In her bio, Life is But a Dream, she reminisced about performing with her friends for the customers who frequented her mother’s hair salon, while sweeping up hair. Ironically, she noted that many customers didn’t want to listen to these performances. But she and her friends carried on anyway, insisting on money at the end. 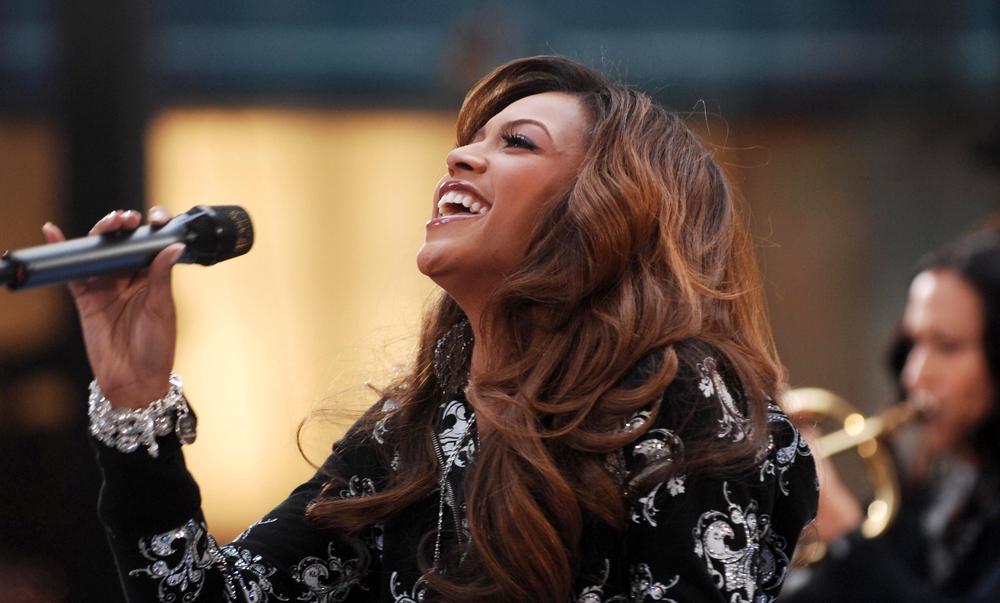 Her father also represented a significant factor in her growth as an entertainer. He insisted that she regularly run a mile while singing to increase her performance stamina. Years later, her personal trainer confirmed she still uses this technique to maintain endurance. She has also pushed her body and voice in other ways, including singing through an entire album in the Southeastern summer heat.

Despite her unique and rigorous vocal training program, Beyoncé still suffered from stage fright at the beginning of her career. To counter these feelings, she crafted an alter ego that allowed her to feel more daring and risqué on stage, Sasha Fierce. Fierce would become such an integral part of her onstage presence that she entitled her album I Am… Sasha Fierce (2008) stylized in all caps.

By 2010, she outgrew the Sasha Fierce persona, stating in an interview with Allure magazine, “Sasha Fierce is dead. I killed her.” Figuratively killing Fierce hasn’t slowed her career down any.

A record-breaking 10 million people visited the Louvre after Beyoncé’s music video was filmed there.

As the first solo-artist to have six consecutive albums hit and debut at No. 1 on the Billboard 200 chart, the singer made history with her sixth album, Lemonade. The album earned an incredible 653,000 equivalent album units in the first week alone.

But music isn’t her only love. She’s also a veritable fashion icon on the red carpet. She remains an avid lover of art, along with her husband, Jay-Z. Over the past decade, she’s visited Paris’s iconic Louvre four times, and she and Jay-Z filmed their groundbreaking “Apesh**t” video there. Following the video’s release, more than 10 million visitors flocked to the museum, shattering its previous record of 9.7 million from 2012. 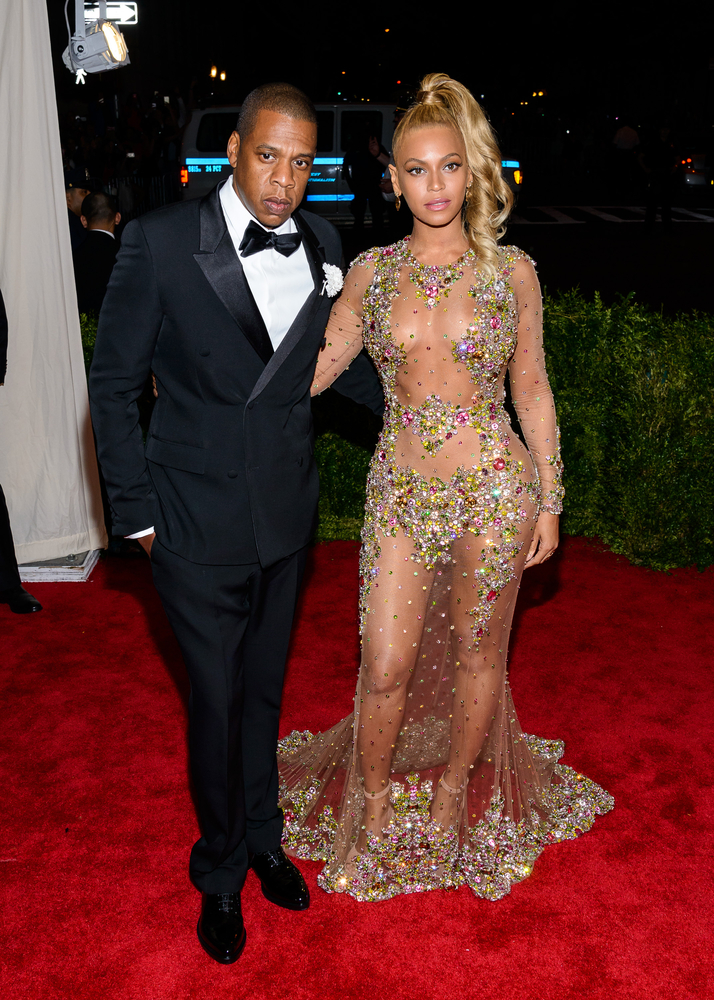 Beyoncé holds a Guinness World Record for “Most Tweets Per Second.”

Following her 2011 MTV VMA Awards performance, Beyoncé ended her set with a nod to the camera and rub of her five-month baby bump. She followed with, “I want you to feel the love that’s growing inside me.” According to Twitter, her pregnancy announcement generated a whopping 8,868 Tweets being sent per second.

Jay-Z and Beyoncé’s first-born, Blue Ivy Carter, has since guested in tracks by both of her parents. She can be heard trying to pronounce her mom’s name as an infant at the very end of “Blue,” featured on Beyoncé’s 2013 self-titled album, as well as in the intro of Jay-Z’s album 4:44, in the song “Legacy.”

Beyoncé was the first Black woman to headline Coachella… or Beychella.

Record-breaking is a recurring theme in Queen Bey’s life. In 2018, she became the first Black woman to headline Coachella. Her most ardent fans, the Beyhive, dubbed the performance #Beychella, and they’re still talking about it. The performance featured a live 200-person band dressed in “BK uniforms.”

The performance required eight months of intensive training because of the highly detailed nature of the choreography. Preparation for the concert was recorded in her Netflix documentary, Homecoming, which also featured the finished show. As you can see, B continues to slash through records and slay on stage, making her the ultimate Queen of the music scene.

A new species of horse fly was named after Beyoncé.

Back in 2012, a previously unnamed species of horse fly was named in honour of Beyoncé. The head researcher the of Australian National Insect Collection, Bryan Lessard, officially named the fly Scaptia (Plinthina) beyonceae.

The rare species of horse fly was collected in 1981—the year that Beyoncé was born—with two other previously unknown specimens. Deemed the “all-time diva of flies,” its golden posterior presented an opportunity too “Bootylicious” to pass up.