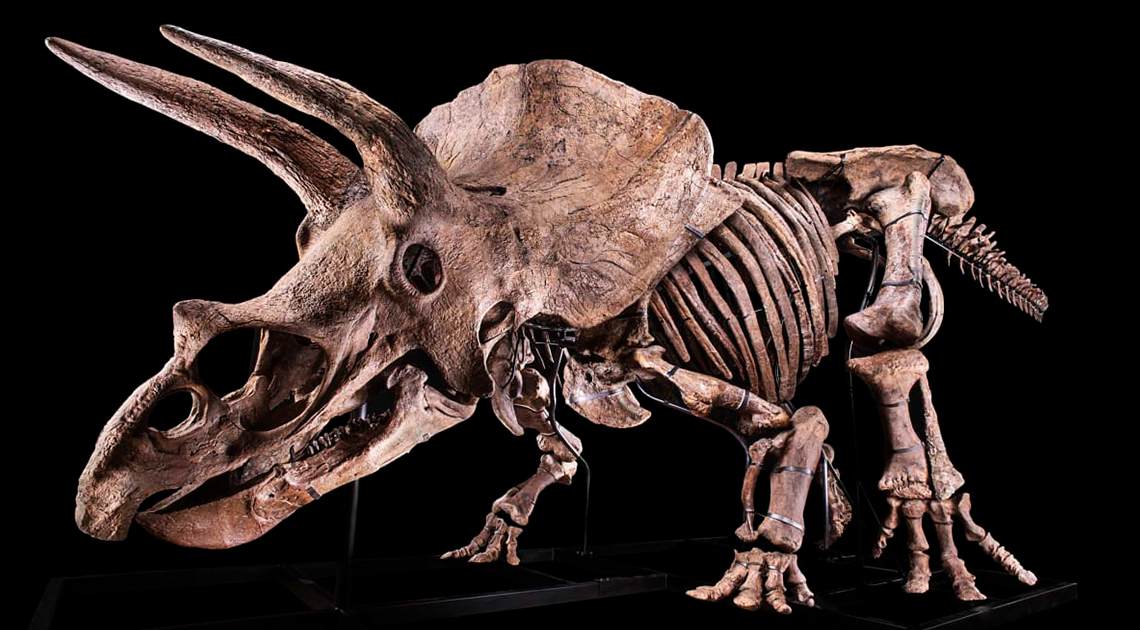 Sixty-six million years ago, real-life monsters roamed the Earth, including Triceratops. Although many people discount them as peaceful herbivores, a confrontation with one of these heavily armored and spiked creatures wasn’t for the faint of heart. According to famed paleontologist Bob Bakker, “Without doubt, the most dangerous devices for active defense among the Dinosauria emerged in Triceratops.” Think rhinoceros on steroids.

But while many portions and pieces of Triceratops skulls and skeletons have been discovered over the years, few have captured the public imagination like Big John. The largest known Triceratops ever recovered, here’s what you need to know about this marvelous monstrosity.

The Resident of Laramidia

The life story of any fossil begins with its death. In the case of Big John, his bones turned up in South Dakota’s Hell Creek Formation in May 2014. According to The Science Times, Big John lived on Laramidia, an island continent “formed during the late Cretaceous era when shallow seas flooded most of the central North American region.” What sets Big John apart from other Triceratops remains?

With a body measuring 26 feet long total, Big John’s skull alone spans 6 feet 7 inches wide and 8 feet 7 inches long. His two most prominent horns come in at a whopping 3 feet 7 inches long and nearly a foot wide at the base. What’s more, they could withstand 16 tons of pressure. That’s one giant lizard! Beyond his impressive size, this iconic Triceratops also represents one of the most complete sets of dino remains ever unearthed, roughly 60 percent whole. Paleontologists have recovered more than 200 bones, including a nearly complete skull.

Of course, all of this begs the question. What sent Big John to his grave? The answer to this question is something scientists continue to wrestle with.

Bones That Tell a Dramatic Story

Researchers hypothesize his death occurred about one million years before the great extinction that punctuated the Cretaceous Period when a massive asteroid struck the Earth. Although scientists can only speculate about what ultimately killed the beast, they know that a blanket of mud swept over his corpse. Followed by successive layers of river sandstone, these sediments made Big John a well-kept secret for tens of millions of years.

Besides knowing where Big John died, his skeletal remains speak of a challenging and hard-won existence. Evidence of superficial trauma abound on his remains, including puncture wounds and scars to the right side of his skull. He also bears a bony lesion on the right side of the collar, which researchers believe came from the horn of another Triceratops. Whether they fought for food, territory, a mate, or something else, we’ll never know. But based on Big John’s size alone, researchers think his competitor likely fared far worse. 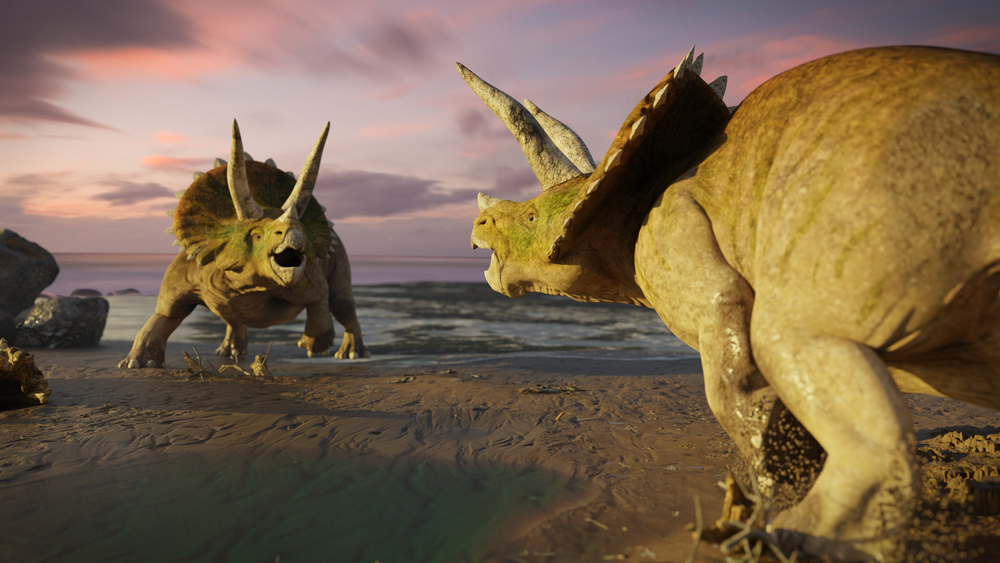 From Cretaceous to Famous

Triceratops such as Big John represent an incredible feat of bioengineering. Over the millennia, they developed the girth, armor, and weaponry necessary to survive in a world populated by some of the deadliest predators ever. (Hello, T. Rex!) It’s little wonder that a magnificent specimen like Big John continues to fascinate the public today. After all, he used his stone-hard horns, shield-like head, and unparalleled size to overcome enemies, assert his dominance, and stay alive.

The news that this mighty lizard was up for auction had the rare collections community all abuzz. Although by no means the first specimen to hit the auction block, the excitement that was created over the Cretaceous king was palpable. The attention surrounding Big John highlights a fascinating and recent intersection between the natural world and the art world. Collectors from New York to Paris, Tokyo to Hong Kong are investing in these ultimate status symbols, creatures of imposing size and millions of years of age.

Of course, Big John checks all the right boxes. Though he was estimated to sell for $1.4 to $1.8 million, the Triceratops left Paris’s Drouot auction house at a price tag of $7.7 million. Managed by the specialist auctioneers Giquello, the winner of Big John remains a private, anonymous U.S. buyer.

A representative for the buyer, Djuan Rivers, said “It’s being acquired by an American collector… absolutely thrilled with the idea of being able to bring a piece like this to his personal use.”