Check it out and let us know what you think! 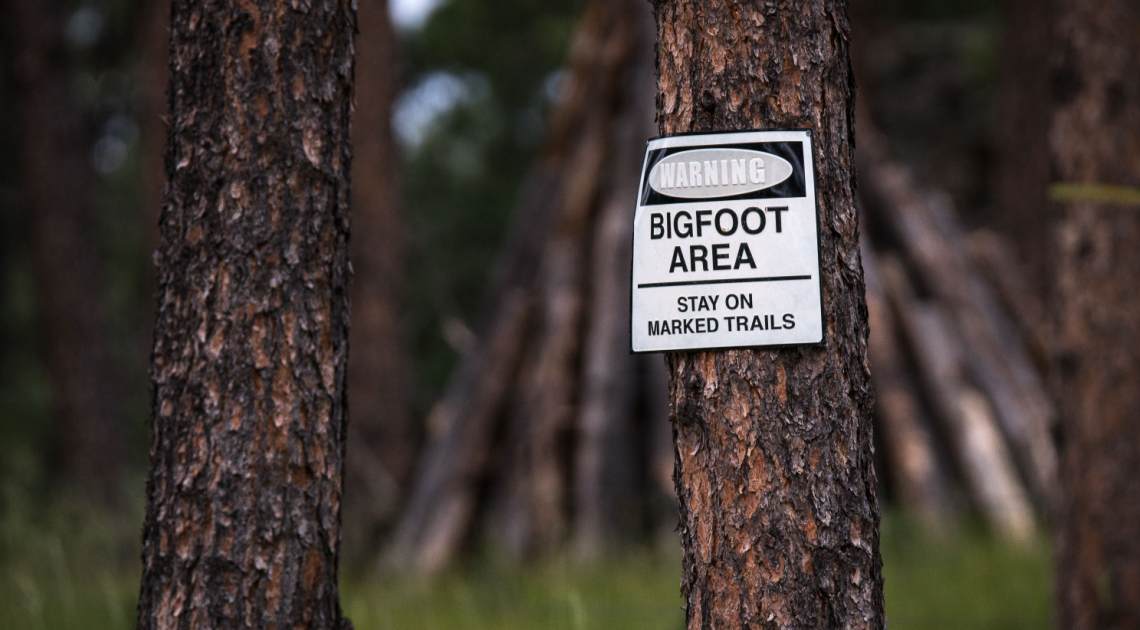 A resurfaced video shows what some believe is a Bigfoot sighting near Tunica, Mississippi. Described by one viewer as “probably the best footage ever recorded,” the creature was snapped rummaging around in a Mississippi swamp. The property is owned by a man named Josh Highcliff, who was hunting hogs on October 24, 2013, when he came across the legendary ape-like being.

Highcliff posted the footage on YouTube with the title, “I think I saw a skunk ape — please help.” A skunk ape is what Bigfoot is called in Florida and is gets its name for its strong odor. These folkloric creatures are also known as Sasquatches. “I always heard stories of skunk ape and honey island swamp monster from these parts but never thought about it being real ever,” Highcliff explained.

He describes the encounter on his video’s page, revealing that he was in the swamp around 6 p.m. not too far from the road. Dressed in camouflage gear, he was sitting still on a tree and waiting for the sun to go down because the hogs become active after dark. Highcliff then heard a noise and “could not believe my own two eyes.”

Behind him was a “black thing crouched by a dead cypress about 50 yards away.” At first, he thought it was a hog, but then he noticed the large shoulders, hands, and head of the creature, which appeared to be digging out a stump.

Even though he was a hunter, Highcliff’s first instinct was to run instead of shoot the beast. He explained that time appeared to slow down, but he had the forethought to start filming the encounter on his iPhone because he didn’t think anyone would believe his story.

“I guess I pushed the record button twice ’cause it stopped blinking red… but I pushed it again,” he explained. When a truck on the nearby road passed by, the “thing” stood up, which prompted Highcliff to run. He believes it may have been seven-feet tall based on the size of the stump and his experience estimating animals’ size due to his hunting skills.

Convinced it was not a bear, Highcliff wondered if the whole thing was a prank and pondered, “Has anyone seen anything like this in Mississippi?” He also expressed grief that he didn’t stay longer and capture more of the creature on film.

Shared with the World

The video has thousands of views and comments, and many believe it’s proof of Bigfoot’s existence: “I doubt this is a man in a suit. The way it breaks the tree shows its [sic] got some serious muscles,” wrote one user.

Another added, “It looks so natural, like it’s in it’s [sic] element. When you hear the crack of the wood when it rips it out it sounds like it’s got some real strength. Pretty convincing.”

A self-identified skeptic wrote, “I have to say that this is by far the best and most convincing footage I have ever seen.”

Could it Be Real?

While the video was uploaded several years ago, people keep watching and commenting on it. But not everyone is certain it’s evidence of Bigfoot’s existence. One user said, “Like if this is not Bigfoot, I’m convinced it’s an escaped gorilla!”

In addition, since Highcliff was hunting hogs, would he really be afraid of Bigfoot and run away? According to Independence Ranch, a wild boar is extremely dangerous to hunt due to its razor-sharp tusks and “equally sharp mind.” They are unpredictable and erratic. Would a Bigfoot sighting scare a genuine hog hunter who’s used to that type of behavior? You be the judge.