From his aversion to socks to the curious fate of his brain after his death, take a look at some of the more obscure and fascinating details of Albert Einstein’s life. 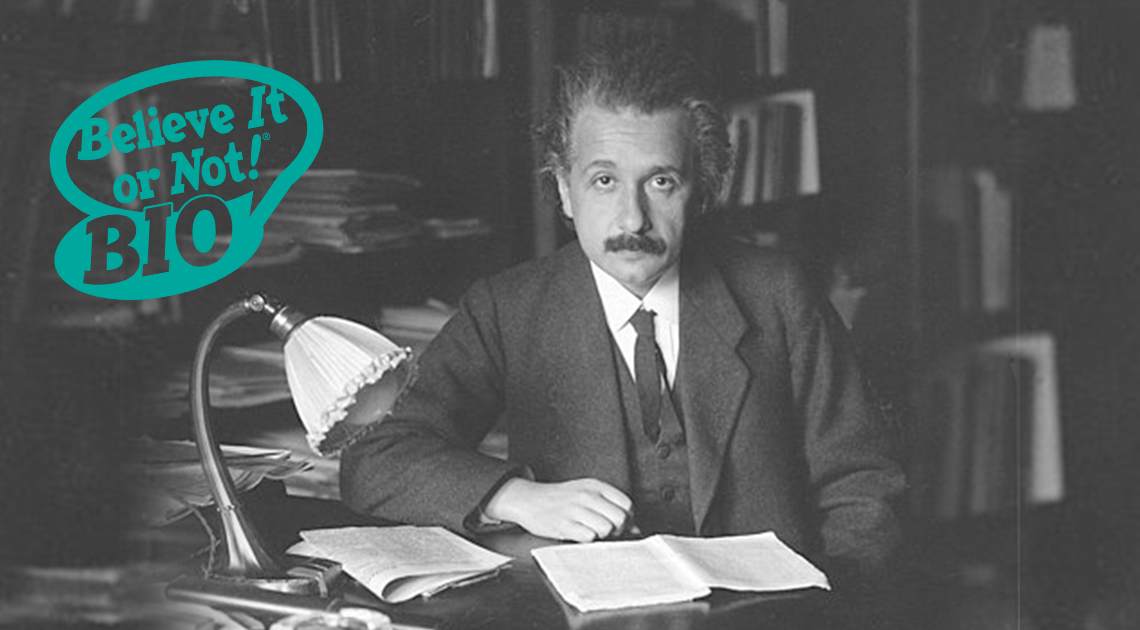 Albert Einstein was born in Ulm, in the German Empire’s Kingdom of Württemberg, in March 1879. From humble beginnings and a struggle to find work, he began documenting others’ brilliance at the Swiss Patent Office. From there, he would go on to become one of the most famous scientists and acclaimed geniuses in human history.

Everyone’s heard of the Theory of Relativity and the E = mc2 equation, but few know some of the more obscure and fascinating details of Einstein’s life. From his aversion to socks to the curious fate of his brain after his death, here are just a few bizarre yet totally true facts about him!

Einstein loved to sail despite being awful at it.

Even the most dedicated scientific minds need a little respite from experimentations, formulae, and equations. One of Einstein’s favorite pastimes was sailing! Though he remained enthusiastic about the pursuit throughout his life, he never really developed a proficiency for it.

His boat was named Tinef (Worthless), and it’s said that it lived up to its name. Einstein couldn’t swim and often had to be rescued from his floundering boat in the waters off Long Island!

The oft-repeated “fact” that Einstein failed as a math student actually isn’t true at all. On the contrary, he surprised teachers and fellow students with his ability to solve complex mathematic problems and grapple with concepts his peers couldn’t.

As gifted a pupil as he was, though, he grew tired of his teachers’ rigidity and didn’t apply himself. Even so, the man himself later responded angrily to false stories that he had failed math as a child. “Before I was 15 I had mastered differential and integral calculus,” he promptly responded. 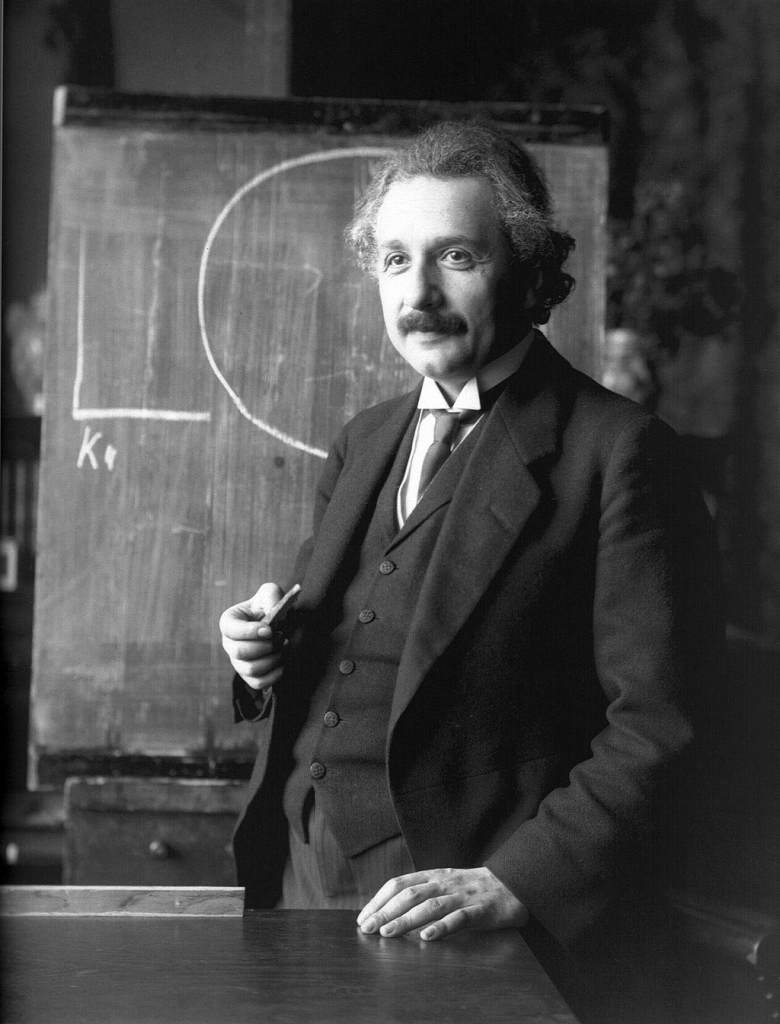 The FBI watched him so closely that their report is over 1,400 pages long!

Though Einstein’s scientific brilliance would surely have been a tremendous asset for any government, J. Edgar Hoover’s FBI was incredibly wary of him. In his personal life, the scientist’s support for social causes led to the bureau to keep tabs on him starting in December of 1932.

Believed to be a communist or a radical, as well as dedicated to speaking out against social injustice, he was deemed dangerous by the FBI, who kept tabs on Einstein. So extensive was their report, it went on for more than 1,400 pages!

Einstein had a mysterious daughter whose fate remains unknown.

Though Einstein lived a fascinating, quirky, and brilliantly eccentric life, he is perhaps not the most mysterious member of his family. His first daughter, to whom Mileva Marić gave birth prior to the pair’s marriage, seems to have been forgotten by history. 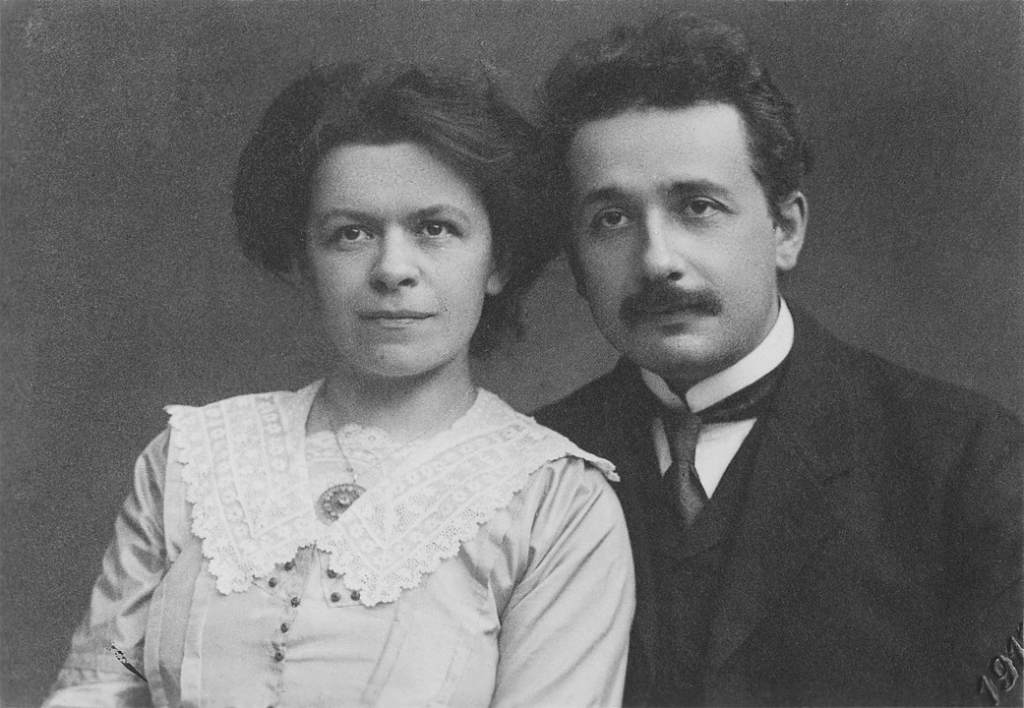 Beyond her name, Lieserl, and the fact she was born in January 1902 in Serbia, nothing is really known of this girl. She is believed to have died of scarlet fever before her second birthday, though little detail beyond that can be gleaned by Einstein’s letters which were discovered in the 1980s.

Albert Einstein was a skilled violin and piano player.

Einstein may have been no great shakes at sailing, but he truly excelled at another of his favorite pastimes: playing music.

Before his sixth birthday, he was engaged in violin lessons. Sadly, he didn’t show the dedication and application required to learn an instrument – an attitude that would later be reflected in his school studies – but is said to have been inspired by the work of Mozart while in his teens. After that, he continued to find time to play when he could, even after becoming a world-renowned scientist.

Einstein’s brain is on display at the Mutter Museum in Philadelphia, Pennsylvania.

When it comes to the finest minds in human history, one question everyone wants the answer to is how does the brain of a genius differ from everybody else’s? What do they have that we don’t? While the issues involved are never as simple as all of that, one thing’s for sure: Einstein’s brain attracted a huge amount of attention after his death.

The great scientist’s brain was stolen by one Thomas Harvey, who kept it in a laboratory in Philadelphia for a time. After this, it found a home in Princeton Hospital. Some inconclusive tests were performed on it, and it’s still in Philadelphia today, in the Mutter Museum.

Albert Einstein was offered the position of President of Israel.

Needless to say, a man of Einstein’s renown commanded a tremendous amount of respect around the world. So much so that, in 1952, he was formally asked to be the second president of Israel!

Upon the death of Chaim Weizmann, the first holder of the position, the offer was extended, despite the fact that Einstein was not a citizen of the country. He solemnly refused, stating that he was flattered, but wasn’t qualified to hold the position and deal with people in an official capacity.

He developed an idea for an electricity-free refrigerator!

Perhaps his time at the patent office also gave Einstein a proclivity for wacky ideas. Perhaps it was just his marvelous mind at work. Whatever the case, one of his most incredible ideas was his electricity-free refrigerator!

He worked on his design with a protégé of his, Leo Szilard, after hearing the tragic tale of a family killed when their broken refrigerator emitted dangerous gases. Einstein’s “absorption refrigerator” used no Freons, was healthier for the environment than contemporary models, and even had the potential to run via solar power!

Einstein had a strong aversion to socks and refused to wear them!

As wise, respected, and brilliant as Einstein was, his creative side came hand in hand with a certain eccentricity. His trademark wild hair is familiar to everyone, but few know of his utter contempt for socks!

As a child, Einstein suffered the entirely relatable discomfort of his socks developing holes and his toes poking through them. Considering it far easier to simply dispense with them, he continued to do so for the rest of his life. He is seen without socks in many photographs, and even refused to wear any when he met President Franklin Delano Roosevelt at the White House! 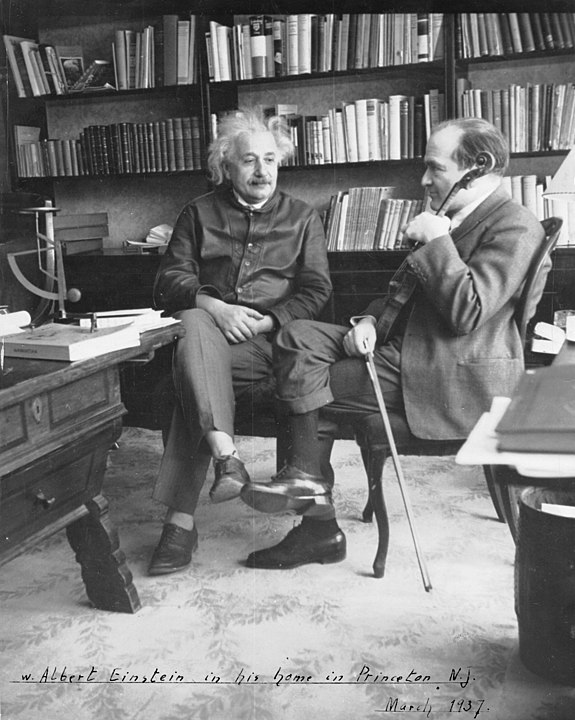 The mind of a genius is always going to attract fascination and scientific research. For the very same reason, Einstein’s Intelligence Quotient has been the subject of great debate.

Though many sources claim to offer a definitive number (160 is a popular one), the truth is that the man himself is not known to have taken any such test in his lifetime. Even if he had, there’s no saying whether his IQ would have been extraordinary. After all, such tests offer a general idea of one concept of intelligence. Though he was a titan of the physics world, there’s no reason why he would have greatly excelled elsewhere.

He won his Nobel Prize in physics one century ago!

Though the Theory of Relativity is Einstein’s best-known achievement in the field of physics, it’s a curious fact that he didn’t win his Nobel Prize for it.

Instead, he won the Nobel Prize in Physics 1921 “for his services to Theoretical Physics, and especially for his discovery of the law of the photoelectric effect.” This lesser-known discovery of Einstein’s governs the way that electric sparks are given off by metal electrodes when exposed to light waves of a certain frequency. He would actually be awarded the prestigious prize the following year.

Einstein refused the surgery that may have saved his life.

Over the course of his distinguished career, Einstein changed the course of science forever and cemented his place in history. It’s no surprise, then, that when he knew his end was coming, he was satisfied with everything he had achieved.

On April 18, 1955, at the age of 76, Einstein found himself in a hospital in Princeton, New Jersey, with a ruptured blood vessel. His life could perhaps have been saved, but he refused any treatment or procedure. He stoically declared, “It is tasteless to prolong life artificially. I have done my share; it is time to go. I will do it elegantly.” Soon afterward, he did exactly that.

Next post Catch of the Day: A 12,000-Year-Old Woolly Mammoth Tooth