When it comes to these mysterious signals, they need a lot of energy to reach us. NASA has estimated that for some of them it would be equivalent to the energy that our Sun produces in a year. 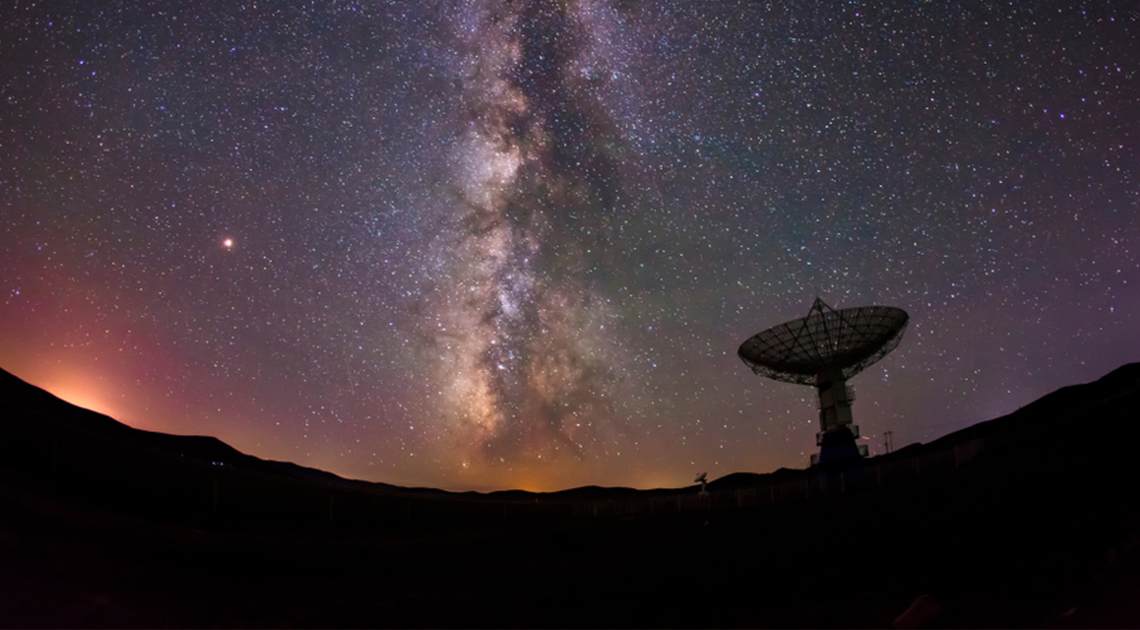 Imagine you’re on a tiny island, at night, surrounded by total darkness, when suddenly at the edge of the horizon, you see a blink of light for the briefest moment. It’s so small that you start to worry you may have imagined it. Without crossing the ocean, how would you ever find out if you really saw something? Or what caused it?

The Science Behind Fast Radio Bursts

There’s a field of space study known as radio astronomy that investigates many things, including fast radio bursts (FRBs). These are blips of energy that last for milliseconds at most. The energy is in the form of electric frequencies, like the ones in walkie-talkies and cell phones, coming from matter in space. Most of the ones that scientists have observed over the years have come from outside our galaxy, making them that much harder to figure out.

FRBs were discovered in 2007 by astrophysicist Duncan Lorimer when he was studying data from the Parkes Observatory. They noticed that in 2001 a bright radio burst a millisecond long shot through space. At first, some scientists didn’t believe that FRBs were real or even coming from space, but since a large radio telescope named CHIME started operation, hundreds more have been validated and discovered.

So, what could be causing them? Since one was discovered in the Milky Way in 2020, we’re starting to develop a much better understanding. But there have still been plenty of theories over the years, ranging from aliens to black holes. 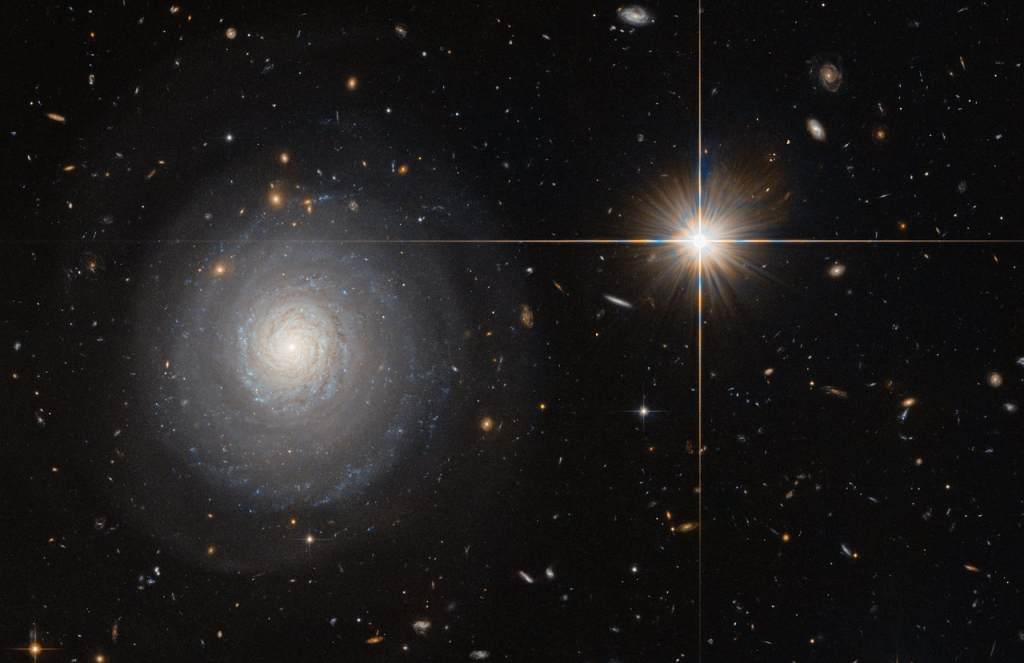 When FRB 121102 was discovered, it showed up as little chirping noises, sounding similar to the likes of R2-D2. And then, it repeated on a pattern. When you take strange robotic beeping from a dwarf galaxy 3 billion light-years away and notice it’s repeating, while most FRBs don’t, of course, it’s fun to imagine it’s some type of communication.

Though there are many other probable theories, that doesn’t stop scientists and sci-fi fans from examining the possibilities. A pair of Harvard researchers seemed to think that the hypothetical tech from other life forms could be the cause for FRBs. Manasvi Lingam and Avi Loeb wrote Life in the Cosmos: From Biosignatures to Technosignatures, and in it, they discuss how FRBs could potentially be a way to research the existence of life outside Earth. They write that the “detection of technological signals could be indicative of intelligence.”

Though there have been FRBs observed relatively close to Earth, some have come from billions of light-years away. As astronomer Seth Shostak of the SETI Institute noted in his blog, as we get a better understanding of these signals, it’s safe to assume there are thousands happening a day from all over the universe. “How could aliens organize so much of the universe to engage in broadcasting the same sort of signal?” he pondered in his post. He also noted that aliens have long been the go-to option to explain the unexplainable in regards to space.

What About Black Holes?

When it comes to these signals, they need a ton of energy to reach us. NASA has estimated that for some of them it would be equivalent to the energy that our Sun produces in a year. That’s massive! For an FRB to be coming from colliding black holes, Shostak writes that would mean they would have to form again, return to that spot in space after the same amount of time (since we’ve observed some repeating), and do the celestial dance again the exact same way. In other words, it’s highly unlikely. 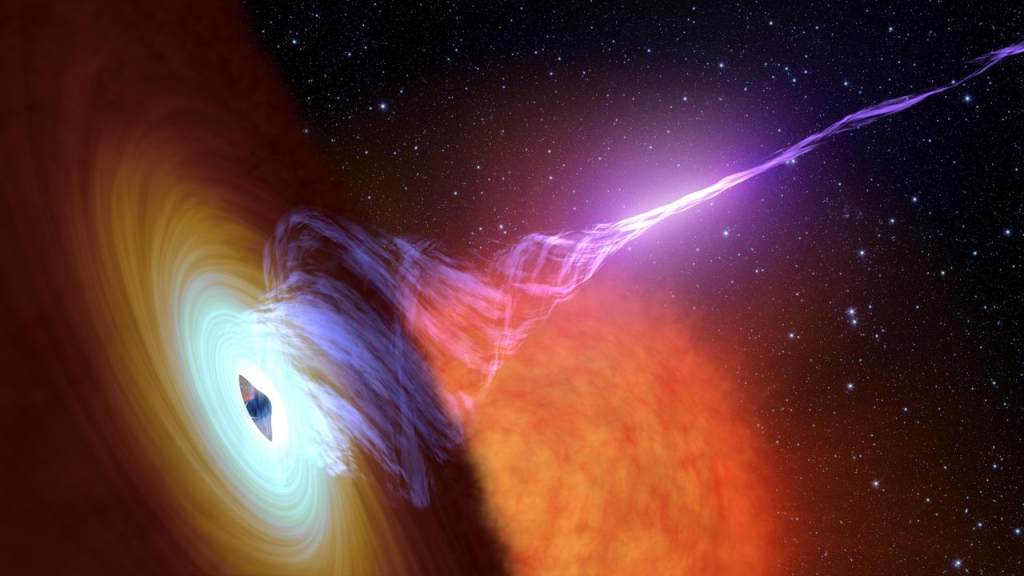 Could it be Magnetars?

Though it sounds like the name of a Pokémon, magnetars are neutron stars with extremely strong magnetic fields. The Five Hundred Meter Aperture Spherical Telescope (FAST) in China detected a magnetar in the Milky Way in April 2020. Researchers thought that these signals were the cause of FRBs, but the FAST telescope somehow detected the magnetar but not the FRB, even though scientists elsewhere detected this. Some researchers suggested that the telescope was too focused and missed it.

A recent study used the Hubble Space Telescope to track some FRBs back to the arms of spiral galaxies, the swirly parts of places like our own Milky Way. That spot in a galaxy is thought to exist because of stars forming, so it supports the idea that this process has something to do with FRBs. Because neutron stars like magnetars can emit radio light, star formations are the current theory behind these communications. 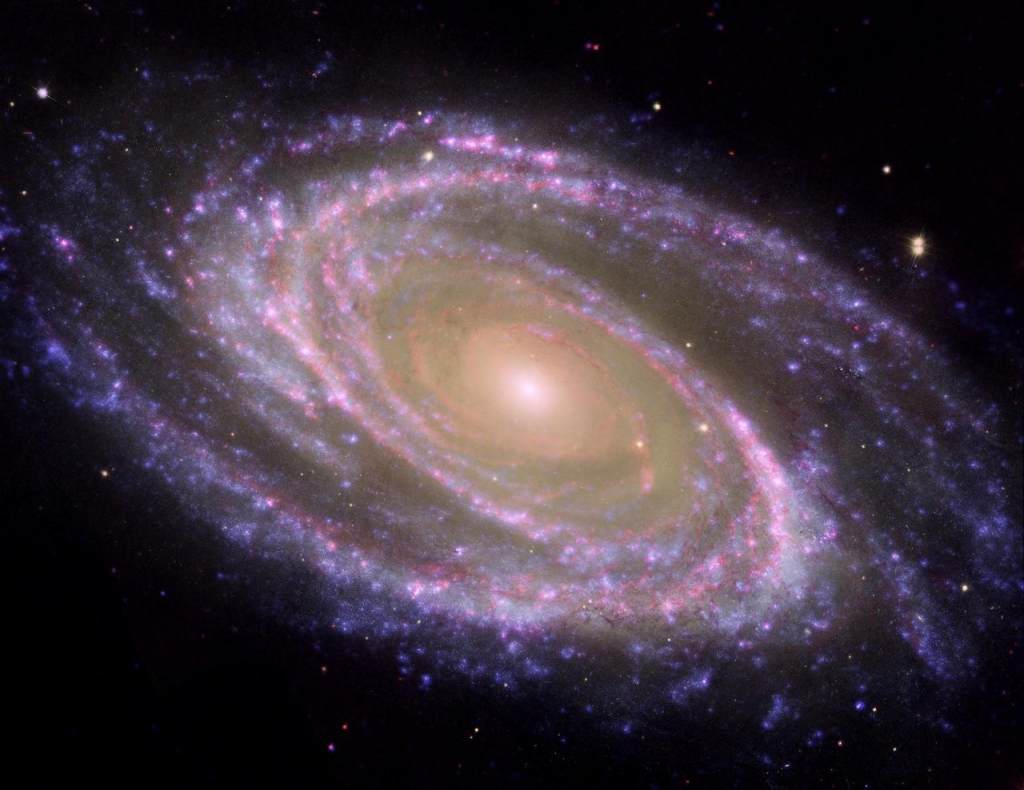 If we could see these with our naked eyes and perceive their speed, the night sky would likely be frequently lit with little blips from FRBs. As technology grows, so does our understanding of things like these signals. So, keep your eyes on the sky and your ears on the radio waves, because it seems like we’re very close to discovering the truth behind these signals.

Next post The Texas-Sized Legacy Of America’s Most Famous Bandit, Jesse James