It’s time to separate the hype from biology.

Black panthers are among the most elusive creatures of the animal kingdom. Because of their stealth as predators, they’ve earned the nickname “the ghosts of the forest.” Some people consider these “ghosts” the stuff of legends or far-fetched adventure stories. Others think of them as an entirely separate big cat species, crouched in the shadows of nightfall, awaiting unwitting prey.

Over the years, a handful of persistent wildlife photographers have worked tirelessly to offer us glimpses of these impressive creatures. The images they’ve captured prove that black panthers fall firmly within the realm of reality.

If you’ve always assumed black panthers are a distinct species of predatory cat, think again. It’s time to separate the hype from biology.

The Myth of the Black Panther

The Disney animated television series The Lion Guard (1994) was a coming-of-age cartoon featuring Simba’s son, Kion, and a ragtag group of African wildlife. Creators called the first episode in the series, “Don’t Judge a Hyena by Its Spots,” and we need to use this mindset for a future black panther documentary.

Why? Because you can’t judge a black panther by its spots—or lack thereof. The term “black panther” doesn’t refer to a separate species. It describes coat color!

In Africa and Asia, black panthers are black-coated leopards, and in North, Central, and South America, they’re dark-coated jaguars. In other words, “black panther” is an umbrella term used to refer to any leopard or jaguar with an unusually dark coat. It’s worth noting that, in many cases, they do, indeed, have spots. But you can’t see them, due to the darkness of the rest of their fur. 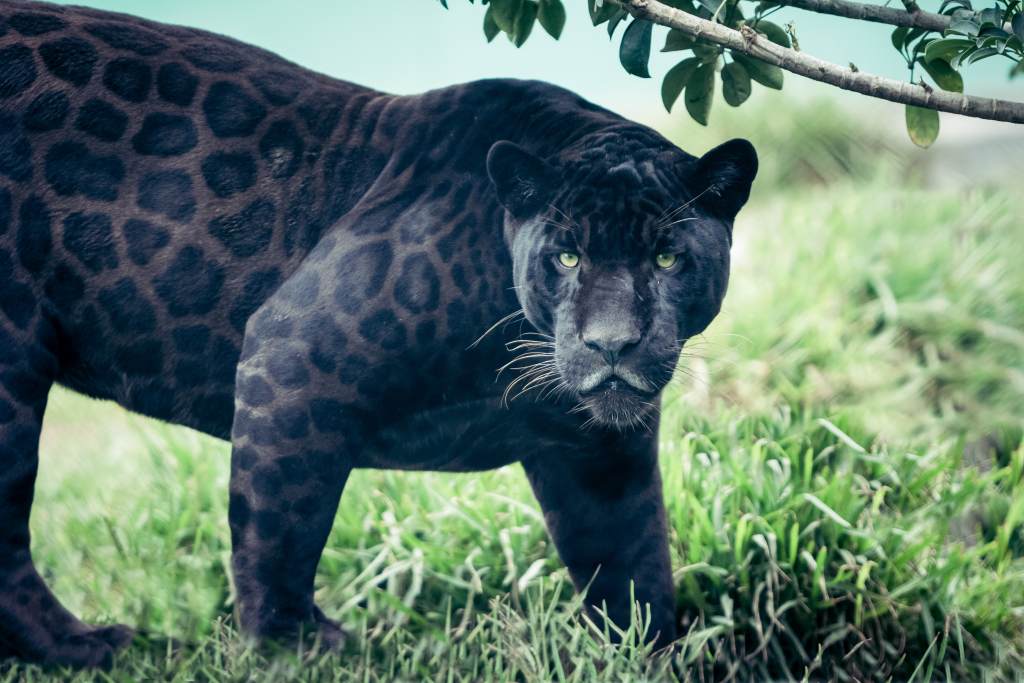 Even more astounding, black-coated cats are not limited solely to leopards and jaguars. Scientists have documented the presence of these highly pigmented coats in 13 species of wild cats, including Asiatic golden cats.

This coloration is the result of a genetic mutation in either the “Agouti Signalling Protein” (ASP) or the “Melanocortin-1” (MC-1) gene. Both of these genes play a direct role in the distribution of melanin, a dark pigment also common to humans—melanin is the reason we tan when exposed to the sun. In big cats, the mutation of the ASP or MC-1 gene leads to a surplus of melanin and their characteristic pigmentation. Interestingly, the extra spike in melanin is also responsible for their vibrant yellow eyes.

We call cats who overproduce melanin, resulting in a dark coat, melanistic. Melanism is the polar opposite of albinism, a condition distinguished by a complete absence of melanin that results in an all-white coloring with pink or red eyes.

To date, melanism has never been seen among wild lion or tiger populations, though albinism is well-documented in both species. But while albinism makes life difficult for most animals, rendering them a target for other predators, melanism may come with significant advantages.

Melanism in the Animal Kingdom

As with albinism, other animal species also boast melanistic individuals, including penguins, squirrels, and wolves. Still, they prove so rare that scientists have yet to thoroughly study the effects of melanism on survival rates and reproductive success. 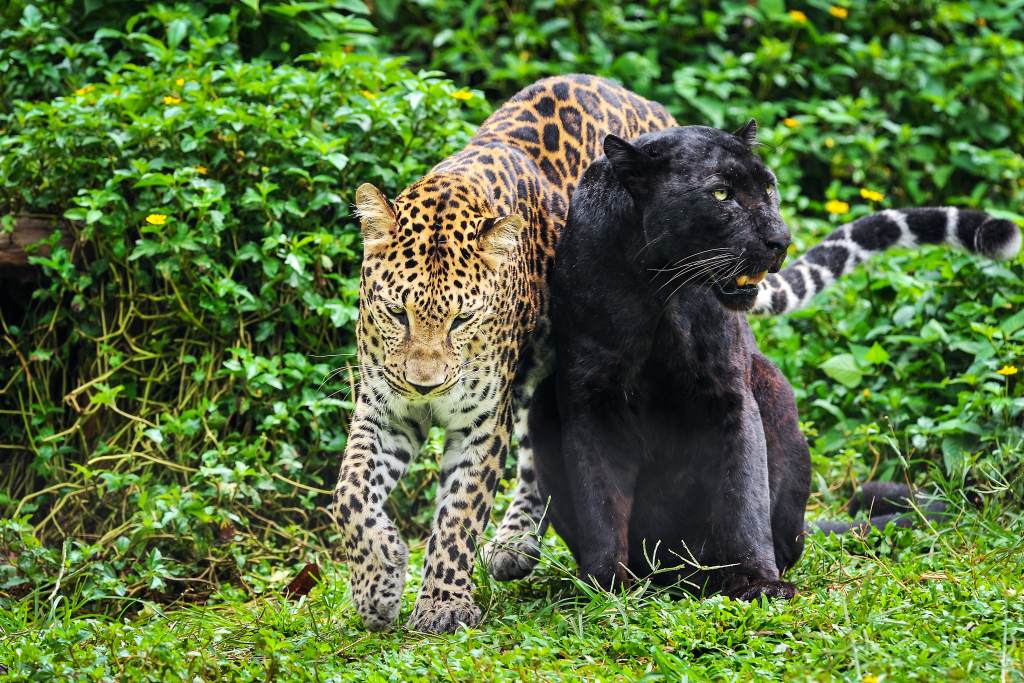 We do know, however, that black panthers retain a distinct advantage over their lighter-colored counterparts when it comes to stalking prey at night. Predominantly nocturnal creatures, they rarely appear during the day due to visibility and a difficulty controlling body temperature in the heat.

Because genetic mutations can have an impact on more than appearance, scientists are also studying the effects of ASP and MC-1 variations on other aspects of black panther health and behavior. Like black penguins, squirrels, and wolves, black panthers appear to be more disease resistant.

They also have a reputation for being more aggressive than their visibly-spotted counterparts. Is this aggression the result of a genetic predisposition or social conditioning related to their appearance? The answer to this question remains up for debate. Further research into these stunning creatures will provide a better understanding of melanism and big cat genetics.

Next post The Man Who Faked Insanity To Avoid Death