Charles II was bled of 24 ounces of blood before he died.

While the majority of illnesses and diseases are treated today with either preventative vaccinations or prescribed antibiotics, the knowledge that germs exist and cause disease has only been around for about 150 years. Penicillin wasn’t discovered until 1928. The practice of bloodletting, however, was a dominant form of medical treatment for three thousand years.

The ancient Egyptians, Greeks, Romans, Arabs, and Asians all practiced bloodletting before the Middle Ages. The ancient philosopher Hippocrates wrote that the health of the human body relied on the balance what he called the four humors: phlegm, blood, black bile, and yellow bile. To treat an ailment, doctors would re-balance a person’s fluids through bleeding, diuretics, or purging.

By the advent of the Common Era, blood became the dominant fluid treated by doctors, and bloodletting the specialty of early doctors. While some physicians eventually began to favor leeches for bleeding patients, the lancet and fleam knife were simpler alternatives. A patient would simply be pricked or cut and bled into a small jar. Some treatments called for just a few milliliters to be extracted, while others would remove dozens of ounces from a patient in one session. 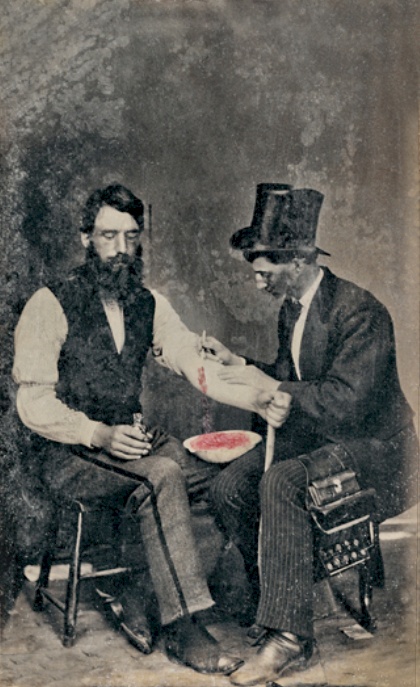 Fleam knives, like the one shown here, were carried by medical professionals and even owned by many patients themselves. The knives had blades of several different sizes, and were shaped so that they created a clean, straight cut that could be easily sewn shut after treatment. In most cases, a single strand of animal hair could be sewn in a figure-eight to close the wound.

Unfortunately, bleeding ill and diseased patients often had the opposite of the intended effect. Bleeding the sick often left them weaker to fighting off their diseases, and sometimes even led to their death. 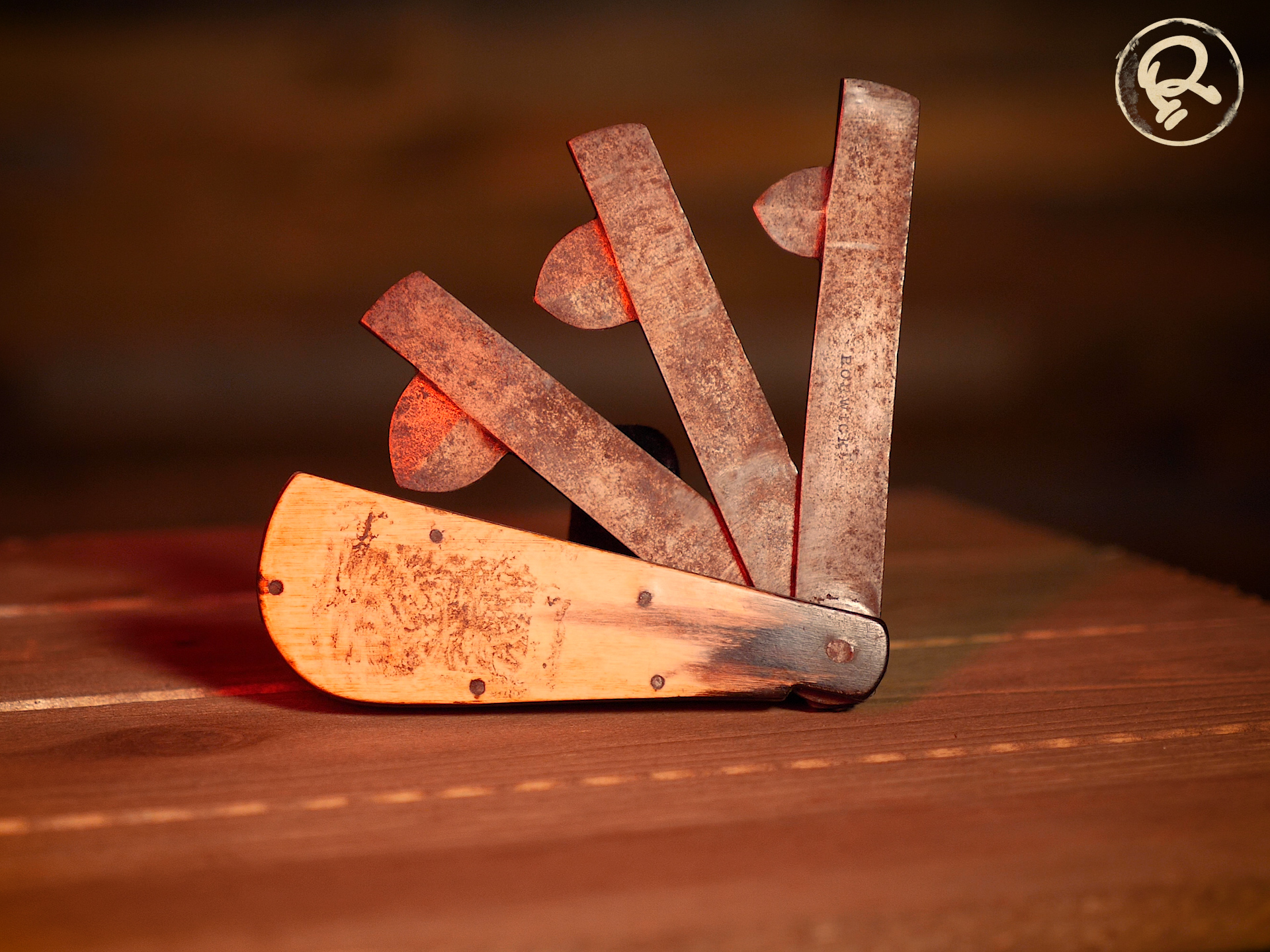 King Charles II suffered a seizure in 1685. He was immediately bled of about 24 ounces from his arms, then was subjected to all many of enemas and purging before doctors bled his jugular and he died. The first President of the United States, George Washington, also died after being subjected to copious bloodletting.

By the time Louis Pasteur began realizing the effects of microbes on health, bloodletting was on its way out. Today, however, it has been found to be useful in treating a small handful of diseases. Conditions that result in high blood iron or an overproduction of red blood cells can be treated by bleeding patients. Leeches have even made a small comeback in the beauty world with leech facials and therapy.

Next post Is Quicksand Actually Strong Enough to Swallow You Whole?