He once bought everyone's dinner, pretending he had won the lottery. 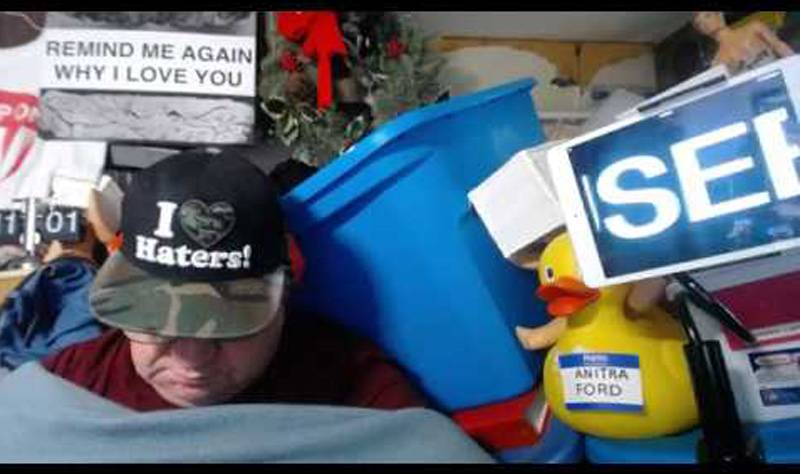 Born in Washington Heights, New York, Bob Pagani was an odd kid. His first hoax was on the New York Daily Newspaper when he was just 13 years old.

He had read a Reader’s Digest article on the cars on ten-dollar bills and had an idea. He wrote a letter about his membership in the SFTRCFTTDB, the Society for the Removal of Cars from the Ten-Dollar Bill.

The letter explained that he was convinced the Model T’s appearance on the ten-dollar bill was a piece of Soviet propaganda. He argued that communists used the bill to show the kind of cars Americans were still driving in the 1960s. The paper took the letter seriously, publishing it in their youth section.

When Pagani first thought about what he wanted to be when he grew up, he considered being a quack doctor. He had become fascinated with the kinds of things people would believe, but decided against it since people could get hurt for not seeking real medical attention. Instead, he turned to entertainment.

Pagani began working his comedy and performance art angle, partially inspired by Andy Kaufmann. He actually managed to get the famed comedian on his own show, Slycraft, when Kaufmann missed an appearance on another show at the same studio.

The two apparently hit it off, and Kaufmann would go on to make more appearances. Like Kaufmann, Pagani would make appearances in pro-wrestling and push the boundaries of hoax art. He lived by the principle that he wanted as many people as possible to think he was crazy, but still believe that he believed what he was said was true

Pagani eventually teamed up with Alan Abel, another early media hoaxing pioneer. Abel asked for Pagani’s help in staging Omar’s School for Beggars for the media. The story was about a school in New York City that taught beggars the tricks of the trade in a week-long $100 class.

Abel posed as the eccentric teacher—constantly brandishing a cigar—and Pagani played his bodyguard. They had their friends play students, pranking journalists who thought they’d stumbled onto an unbelievable story. They played this trick on journalists for almost 15 years, despite being busted as a hoax several times.

Asleep at the Wheel

Another stunt about the poor on the streets of New York, Pagani posed as the general manager of Asleep at the Wheel, a company that placed sleeping homeless people in cars at to keep them from being stolen. The “company” charged just $15 a night and split the profits with the homeless.

Pagani didn’t just invent an early form of the sharing economy, but the whole story as well. He had friends and actors testify to reporters about working for the company and appeared himself on camera extolling its virtues.

Before the classic box of 64 crayons contained Vivid Tangerine, Dandelion, and Wild Strawberry; classic colors like Maize and Raw Umber had been color staples for nearly 90 years.

As reporters searched for a new angle on this relatively soft story, they ran into someone unbelievably opposed to the change. This time, Pagani had started the Committee to Re-establish All Your Old Norms (CRAYON). He was outraged that Crayola had made this change.

“That’s one-eighth of the whole box gone, and I wasn’t asked… I don’t know anyone else who was asked either.” –a concerned Bob Pagani.

As Pagani’s portfolio grew, it became increasingly difficult for him to pull off pranks. If a reporter did a quick search of his name, all his busted hoaxes were sure to show up.

This didn’t stop him, however, from a few hours of fame in 2006. As the Powerball Lottery reached a record-breaking $365 million, Bob “Pagano” showed up at a small restaurant claiming to be an unemployed trucker who had won the jackpot. He bought dinner for everyone in the restaurant and basked in the glory of being the ultimate winner.

The ruse fell apart quickly, however, as reporters quickly realized his story didn’t add up. He said he had picked the winning numbers—but the lotto commission said it was a quick-pick—and said he bought it on a day before the lottery even took place.

Pagani’s still at work, entertaining and fooling us all. If you check his IMDB demo reel, it’s him eating a hot-dog in slow motion at age 63 as somber music plays.

These days, Pagani livestreams himself sleeping, live on Periscope and YouTube. He starts the show at 4 a.m., inviting viewers to call in and leave him a message, playing them on the next recording.

*No effort was made to “confirm” information with Mr. Pagani. If he has any new stories to share with us, he can submit them on Ripleys.com!

Next post Or Not: We Don't Only Have 5 Senses