He wanted to depict nature itself out of the materials that are responsible for its destruction. 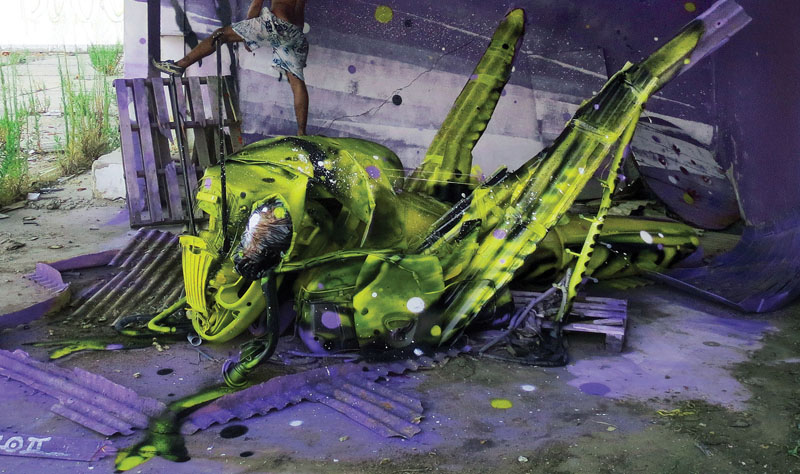 One man’s trash is always our treasure here at Ripley’s. From collections of belly button lint, to upcycled art pieces, we love things that would otherwise be thrown away. We’ve held contests celebrating upcycled art in the past. And if we were running another one now, it’s fair to say street artist Bordalo II would be in the running for the top spot.

Born in Lisbon, Portugal in 1987, Bordalo II is making a name for himself all over the world. Like most artists, he looked to the trappings and messages of his generation and decided to say something about it.

Unlike most artists, he looked to trash to make his statement. Using what he refers to as “end-of-life materials,” Bordalo II strives to make a statement about sustainability and social awareness. 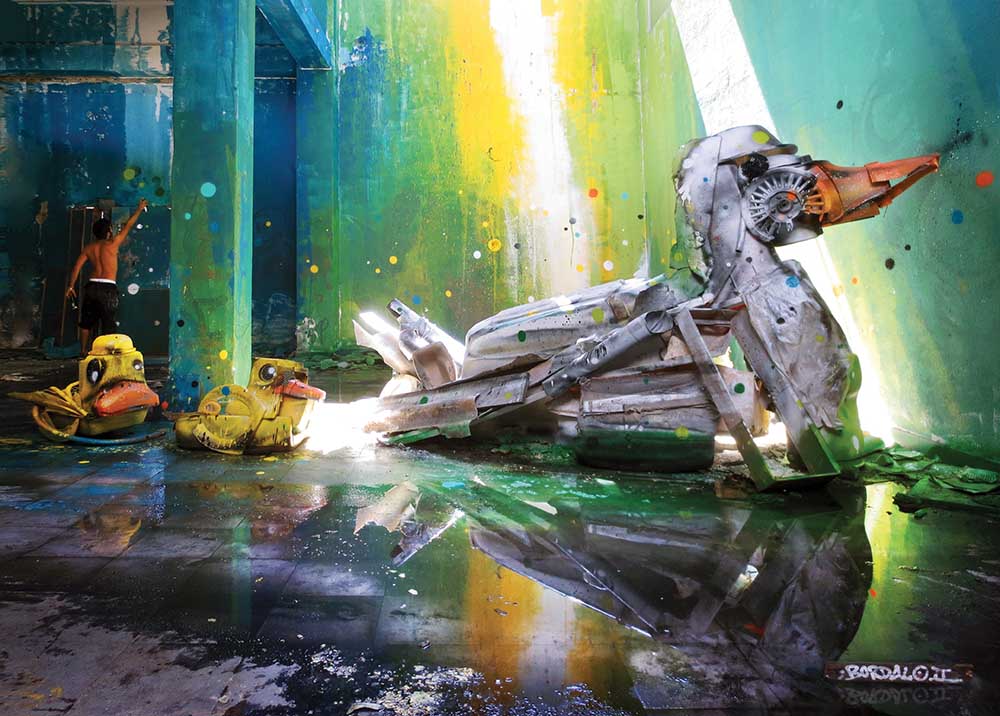 Some of his most striking work is seen in the collection titled “Big Trash Animals.” They’re massive structures made entirely out of end-of-life materials and painted and staged to look like animals.

He’s marrying scenes of nature with trash in an effort to make a statement about sustainability.

“The idea is to depict nature itself, in this case animals, out of materials that are responsible for its destruction.”

When viewed in that way, there’s no possibility of denying the impact of the larger-than-life sculptures. 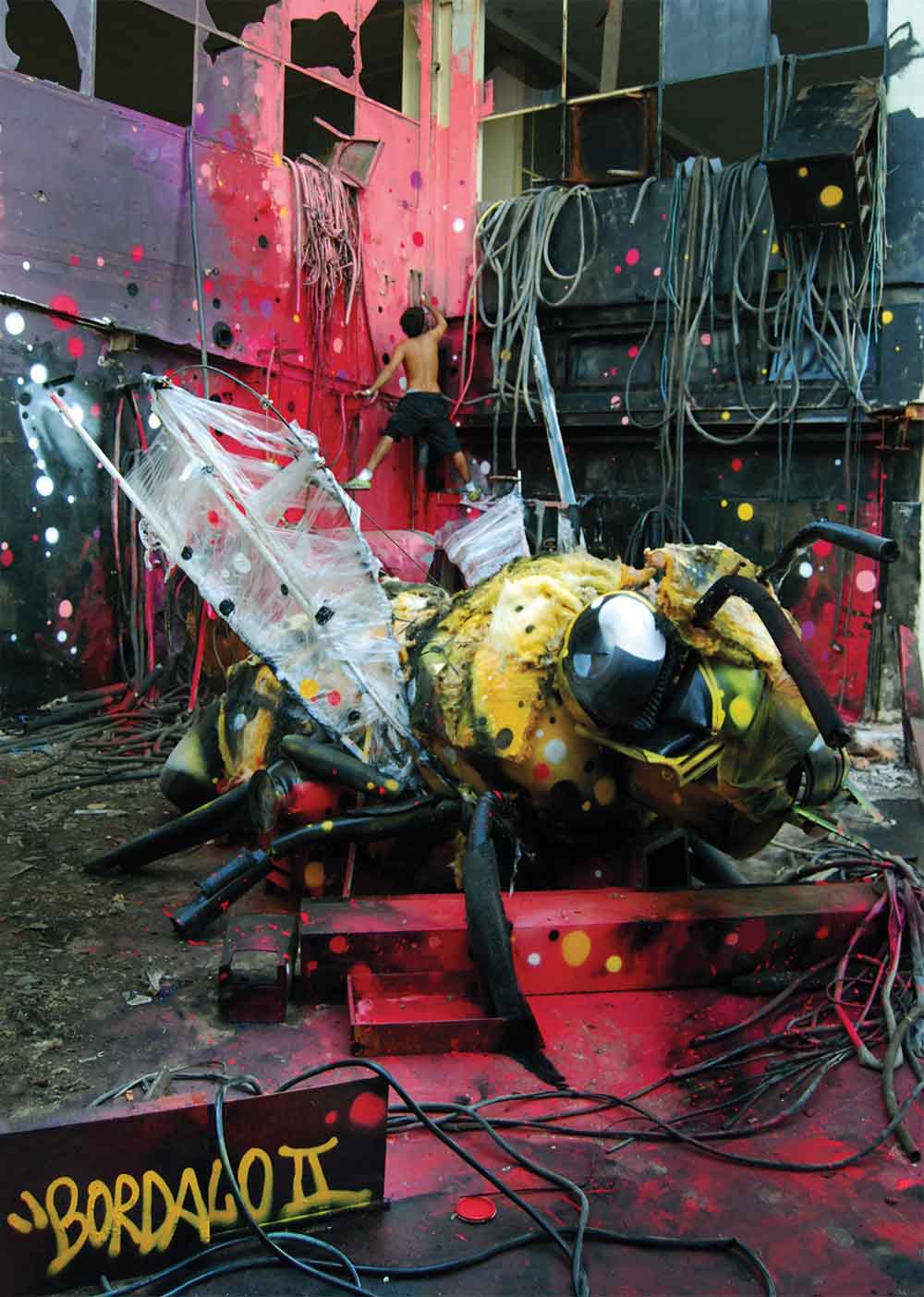 In the spirit of Banksy, Bordalo II also makes installations and paintings of street art to bring attention to other societal problems. You can see a full collection of his work on his website, or his Facebook page. 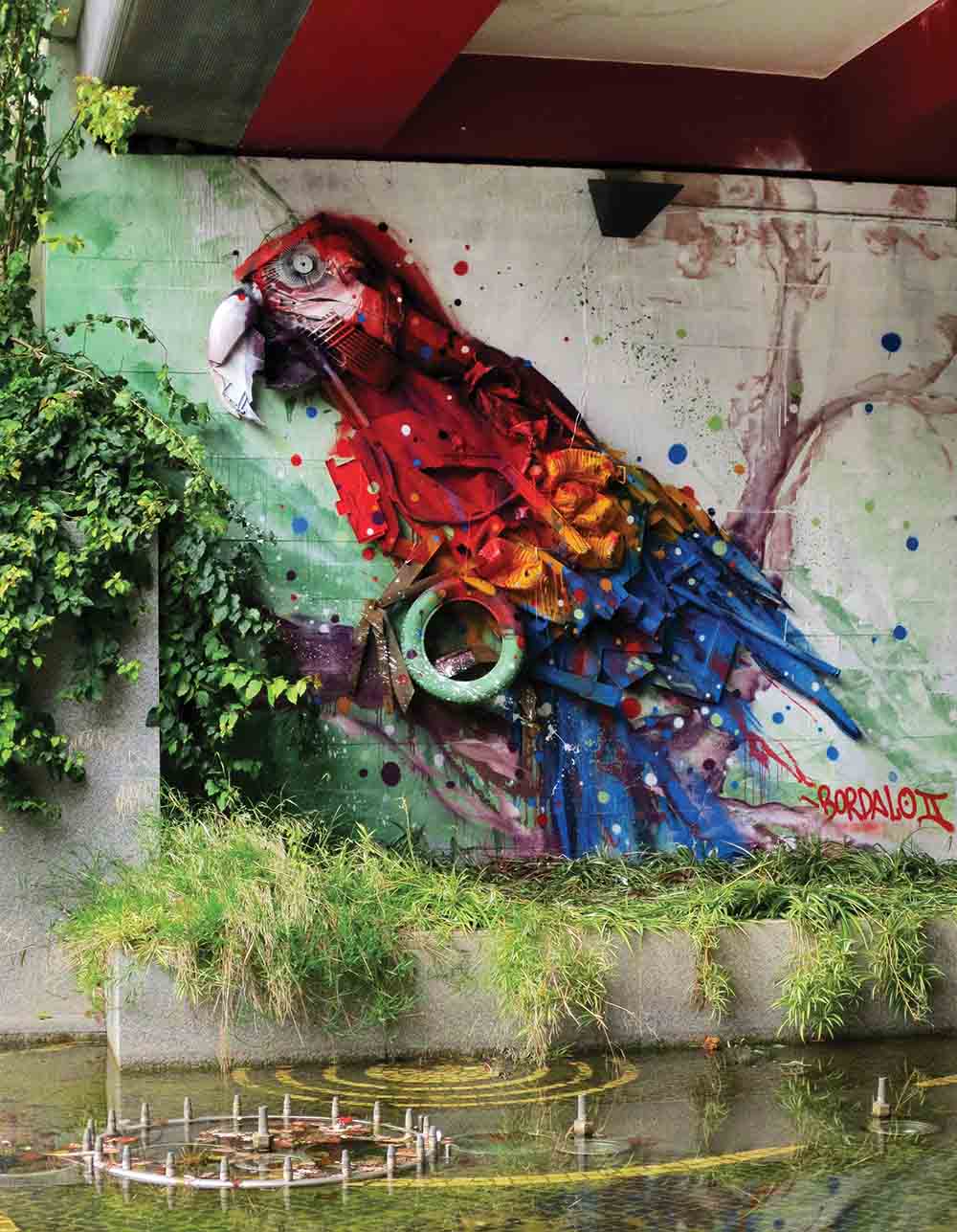