A Brain Museum in Connecticut Features A Steak Signed By Pavlov 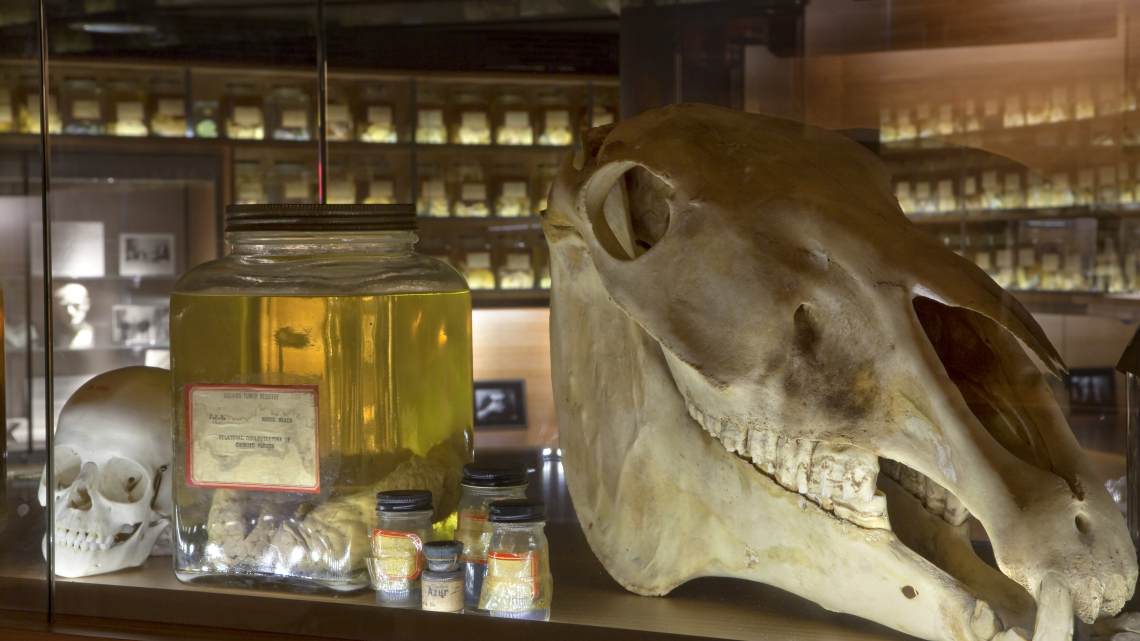 Many people enjoy signing their names on things to leave their mark. Nearly 100 years ago, Ivan Pavlov autographed a piece of steak using an electrical knife. That chunk of beef and other unusual items can be seen, basking in formaldehyde, at the Yale School of Medicine’s brain museum. 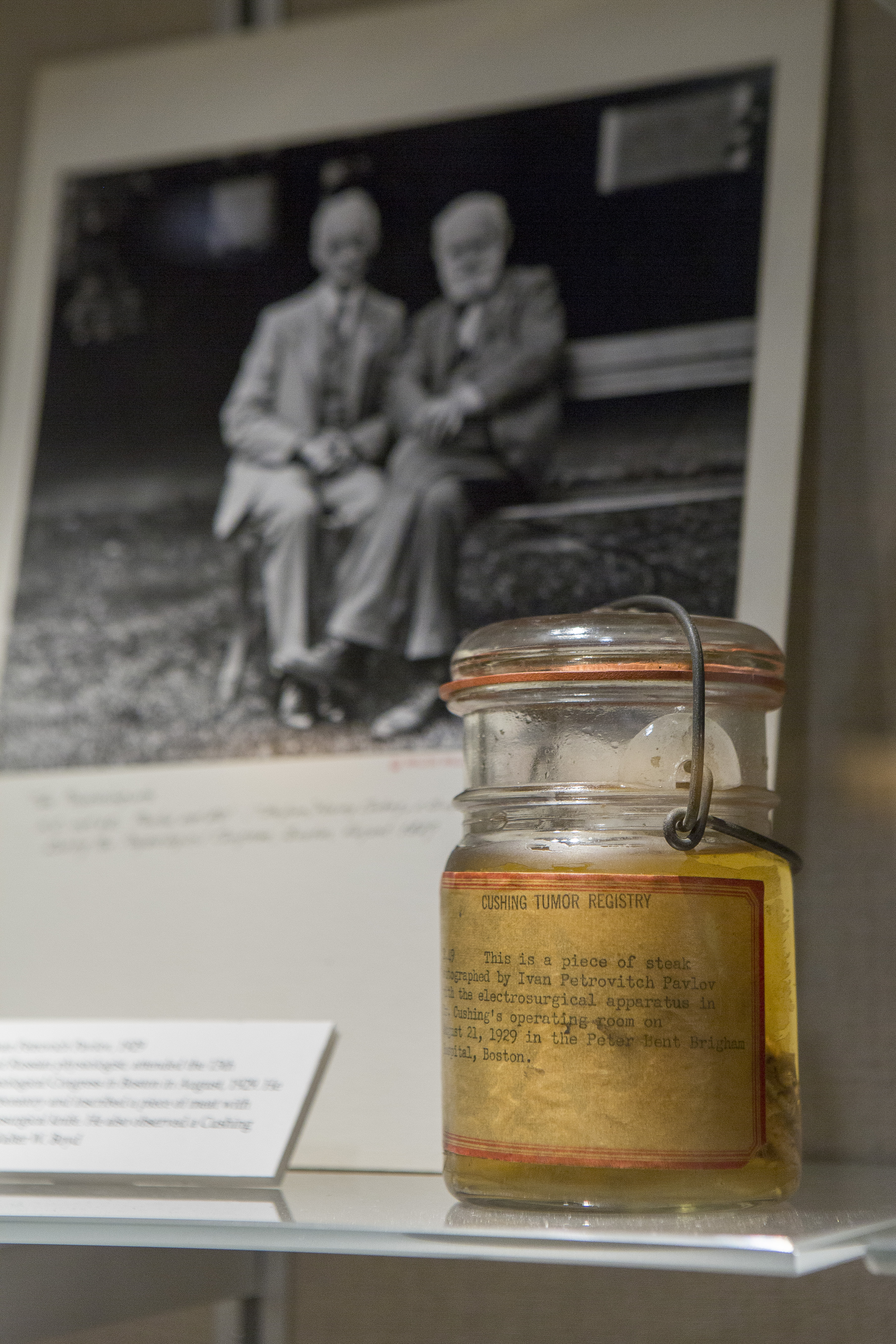 The Russian physiologist and Nobel prize winner, known for his study of dogs and the concept of the conditioned reflex, signed the piece of meat after observing the father of neurosurgery, Harvey Cushing, perform an operation in the 1920s.

Cushing was demonstrating the use of a new instrument, a Bovie knife, which he used to cauterize and cut brain tissue to reduce bleeding (a major cause of death at that time).

“At the end of the operation, he invited Pavlov to try it out for himself because that’s what guys do. They share toys,” Terry Dagradi, photographer & Cushing Center curator told Ripley’s. “You got a new instrument or a new shop tool and you’ve got to share it.”

Pavlov played with the electrical knife for a little bit, used it to sign the steak, and then gave it back to the surgeon.

“Of course, Cushing as a collector put it in a jar,” Dagradi explained.

Cushing’s obsession with preservation and documentation is why people can still see Pavlov’s steak today.

Cushing started collecting brains, tumors, and other items related to his work in 1902. The Cushing Center at Yale University in New Haven, Conn., contains thousands of neurological case studies and over 15,000 photographic negatives from the late 1800s to 1936. 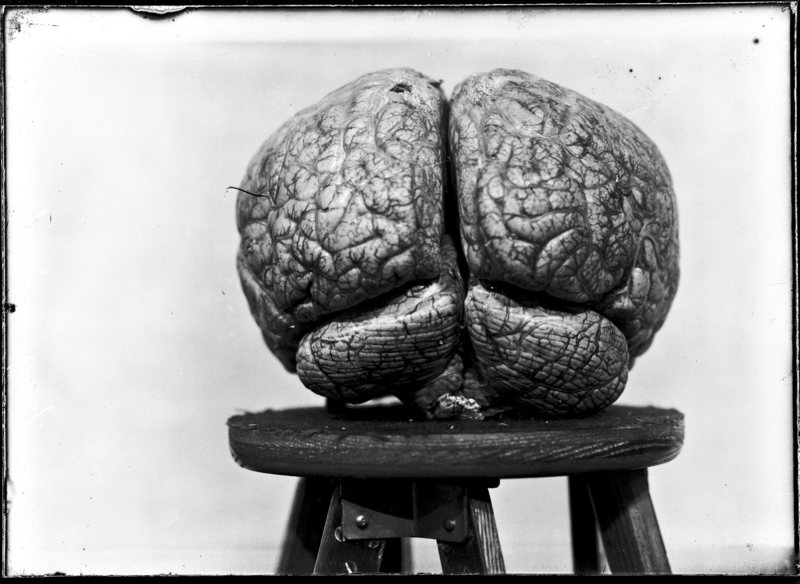 A photo of a real brain from the Cushing Tumor Registry.

Retaining the specimens and tumors helped Cushing understand disease and the structure of the brain. He often asked patients to donate their brains so he could learn more about them and the pathology that affected them.

Eventually, the brains in the pathology department were taking up too much space and were nearly thrown out. Fortunately, someone decided to store them in a subbasement at the Yale Medical School where they remained for several years.

In the early 1990s, medical students rediscovered them and it became a rite of passage to take a look at them. The specimens were eventually brought out into the open for people to look at in what became the Cushing Center.

“One of the things that’s quite beautiful about the collection is the glass jars that the specimens are in,” Dagradi noted. “They were probably mostly made in the ‘20s and so they’re very high-quality lead crystal.”

“Today I think what they use for these kind of specimen collections are Tupperware, believe it or not.”

Visitors are fascinated by the jars, which contain different colored solutions.

“We often get asked why the jars are all these different shades of gold and brown and sometimes a little green, and it’s because of the way the specimens are still interacting with the solution,” Dagradi noted. “That might have to do with the type of tumors or the interactions of the specimens themselves.”

How long are the brains and tumors expected to stay intact in their little bottles of formaldehyde?

“Some of these brains are already 100 years old. He started preserving tumors and brains around 1902. I’m hoping with us watching them and now that they’re in a much safer environment for preservation, indefinitely,” she explained.

Another remarkable thing in the collection are the eerie photographs of Cushing’s patients. 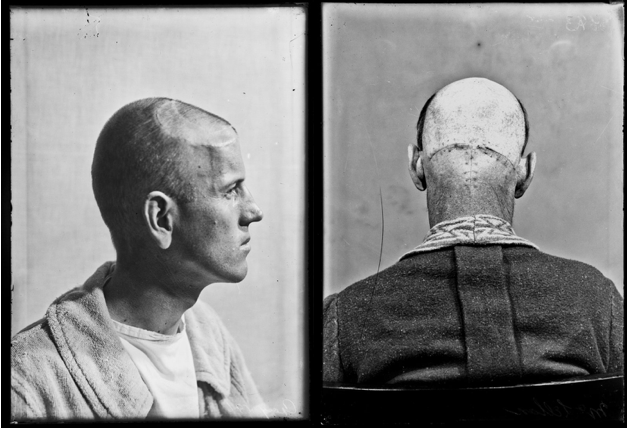 “Often they’re pretty stark portraits or closeups of scars or that sort of thing. But they also have a sort of poignancy and connection to the fact that the specimens, the brains, used to be in people—the people he tried so hard to save. They are also just a beautiful sort of accidental archive that really enriches the collection itself,” Dagradi pointed out.

One thing the center features that’s not related to Cushing is a 3D model of the skull of one of the first patients to survive a traumatic brain injury: Phineas Gage. He was a railroad construction foreman who survived after an iron rod went through his skull in 1848.

The model and an accompanying book are used as educational tools for New Haven school children that teaches them the connection between neurosurgery and science.

The Cushing Center is open to public most days from 10 a.m. to 8 p.m. Weekly tours are also available.

Previous post A Pride of Lions Ate a Would-be Poacher