What often gets forgotten is that Mary Shelley and her friends had spent that nightmare-filled night talking about the hot scientific horror of the time: galvanic reanimation.

“It was on a dreary night of November that I beheld the accomplishment of my toils. By the glimmer of the half-extinguished light, I saw the dull yellow eye of the creature open; it breathed hard, and a convulsive motion agitated its limbs.”

That is the fictional account of Mary Shelley’s Victor Frankenstein bringing his monster to life.

When asked what inspired her to write her tale of gothic horror, Shelley often says she wrote her book in a frantic, waking dream. What gets oft forgotten is that she and her friends had spent that nightmare-filled night talking about the hot scientific horror of the time: galvanic reanimation.

Galvanic reanimation was discovered by Luigi Galvani in the late 1700s. At this time in history, mankind had just begun discovering how to harness electricity. To most people, it was this invisible force, manipulated and understood only crudely by scientists, who were a few hundred years from being able to turn it into more understandable and useful things like light or even heat. Galvani thought electricity might be the key to unlocking the secrets of biology and made a startling, accidental discovery when his electrified scalpel caused a frog he was dissecting to twitch. This put Galvani down a long road of discovering how muscles worked and what electricity could do to animate them. 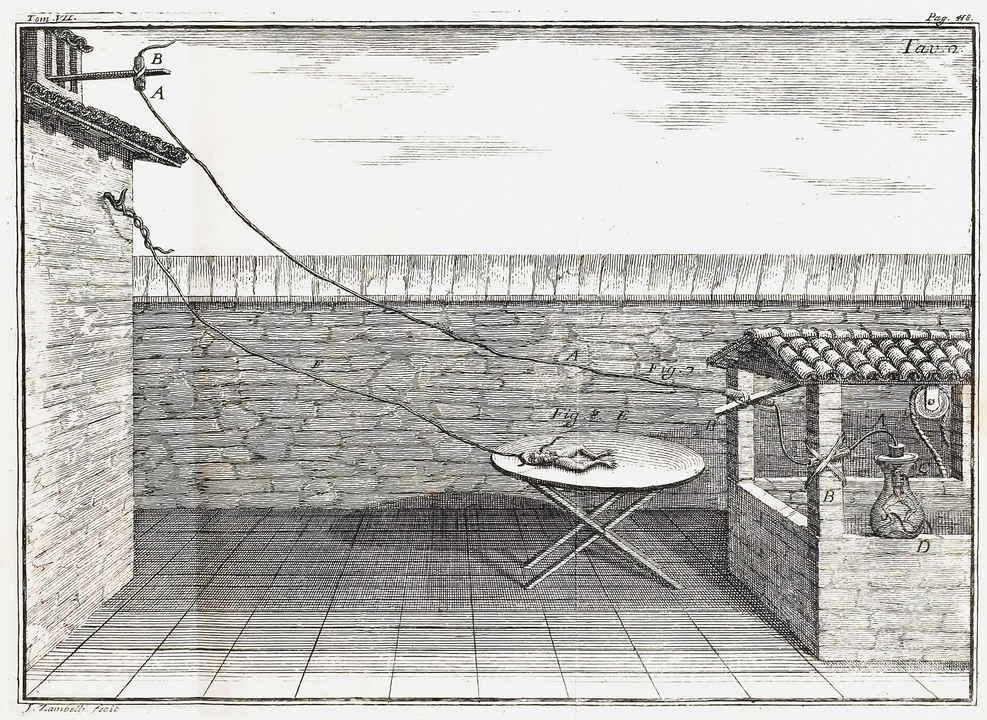 While Galvani’s discovery is credited with pioneering bioelectricity, it was his nephew who would take galvanic reanimation to a whole new level. Entering the world of scientific academia when he was a teenager, Giovanni Aldini learned much from his uncle. Where Galvani stopped with frogs, however, Aldini experimented on much more advanced animals and even humans.

As Aldini learned that he could stimulate different muscles with electric probes, his mastery of biology grew. Eventually, his demonstrations were turned to the public, and he would lug giant batteries from town to town to demonstrate the effects of electricity. Audiences would look on in awe and horror as he cut the heads off of dogs and oxen, then proceeded to make them spasm and twitch with the invisible energies of electricity.

His most famous experiment occurred in London, 1803, resulting in the notoriety that would make him the real-life scientist to inspire Shelley’s creation, Victor Frankenstein.

A man named George Foster had murdered his wife and child. After making a confession, he was sentenced to execution and dissection. Shortly after being hung, his body was carted in for a demonstration by Aldini. The scientist took to the project with ease, demonstrating his ability to manipulate the body. Here’s an account from the Newgate Calendar, 1803:

“On the first application of the process to the face, the jaws of the deceased criminal began to quiver, and the adjoining muscles were horribly contorted, and one eye was actually opened. In the subsequent part of the process, the right hand was raised and clenched, and the legs and thighs were set in motion.”

People witnessing the demonstration feared Foster would be returned to life. What if electricity was a tool of satanic powers or the energies of a divine creator wielded by mortal hands? Would Foster be the anti-Christ, returned to life?

All across the world, people considered the ramifications of reanimation, but Aldini wasn’t troubled by any of this speculation. Aldini knew he wasn’t bringing anybody back to life. He reiterated that his goal was not to meddle with the dead but to actually find ways to manipulate the living. 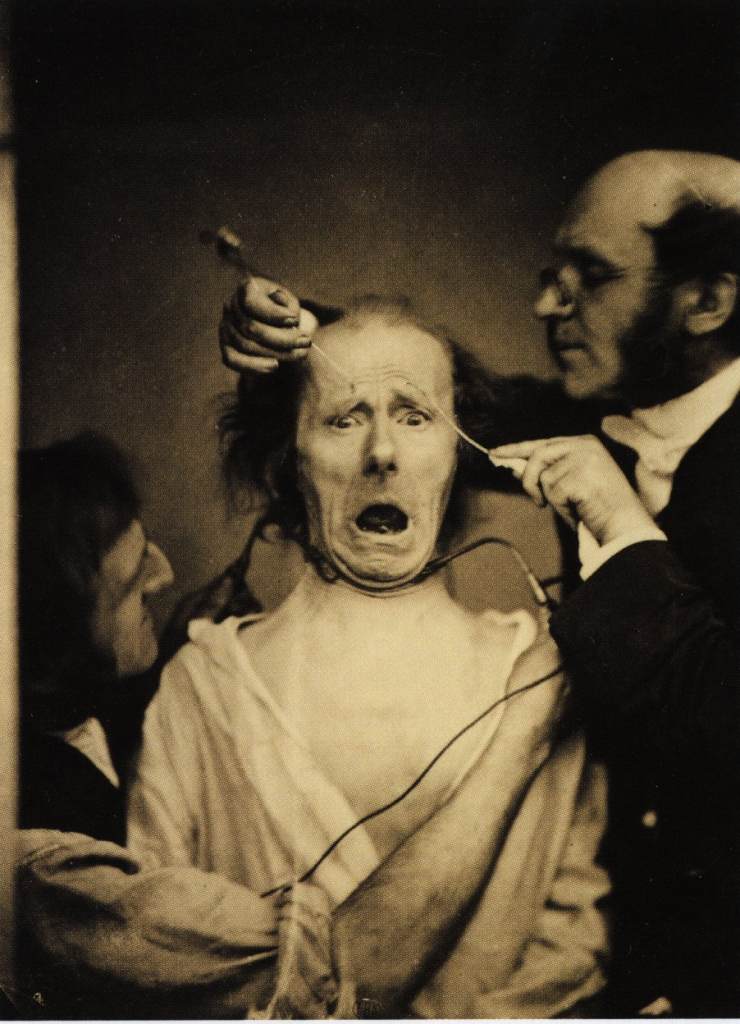 Demonstration of the mechanics of facial expression. Guillaume Duchenne and an assistant faradize the mimetic muscles of “The Old Man.”

Aldini would go on to work on electrotherapy, his work leading to modern treatments of muscle spasms, paralysis, and pain in which electricity is sometimes used today. Guillaume Duchenne would later refine this research — although photos from his studies are horrifying. However, all he was doing was stimulating different muscles in the face to make his patients smile.

To find the grisly work inspired by Frankenstein’s madness, we have to fast-forward to Soviet Russia in the 1940s. Then, scientists endeavored in procedures documented in a film called “Experiments in the Revival of Organisms,” and fair warning, these experiments were gruesome.

Empowered by Stalin’s Soviet party, Dr. Sergei Brukhonenko developed a device called the “autojektor,” which could artificially force the lungs and heart of a dead organism to begin working again.

In his experiments, Brukhonenko was able to reanimate a dog’s head using the autojektor to supply oxygenated blood. The Soviet doctor decapitated animals for his experimentation and could keep them alive for hours using his techniques. Though the realities of the film remain dubious, there are accounts from Americans claiming to be present for the procedures and who maintain the machines worked.

Brokhonenko was awarded the Lenin Prize after his death and is credited for developing procedures for open-heart surgeries. As for the autojektor, a version meant for humans remains on display at the Bakulev Center of Cardiovascular Surgery in Russia.

So, what do you think of these actual Frankenstein-esque doctors? Grisly horror? Curious science? Or maybe a bit of both? Share your thoughts in the comments below!