After milking the snake of venom, the handler drank it! 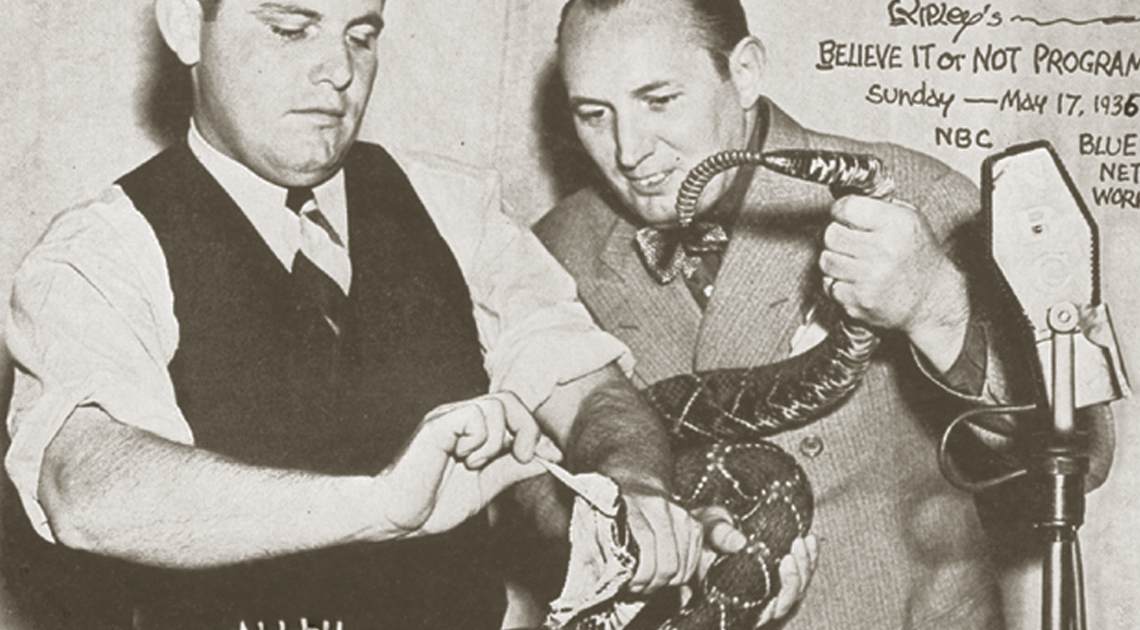 Never satisfied with the ordinary, Robert Ripley had to make his radio broadcasts unique. He spoke from all over the globe, with transmission towers carrying his stories from the hearts of Chinese cities and remote islands back to America. Soon, however, just being far away wasn’t enough for Ripley.

Back in the United States, he decided to show people the kinds of odd things lurking right next door. He broadcasted from underground at Carlsbad Caverns, from underwater among a school of sharks, and from a pit filled with hundreds of venomous snakes! 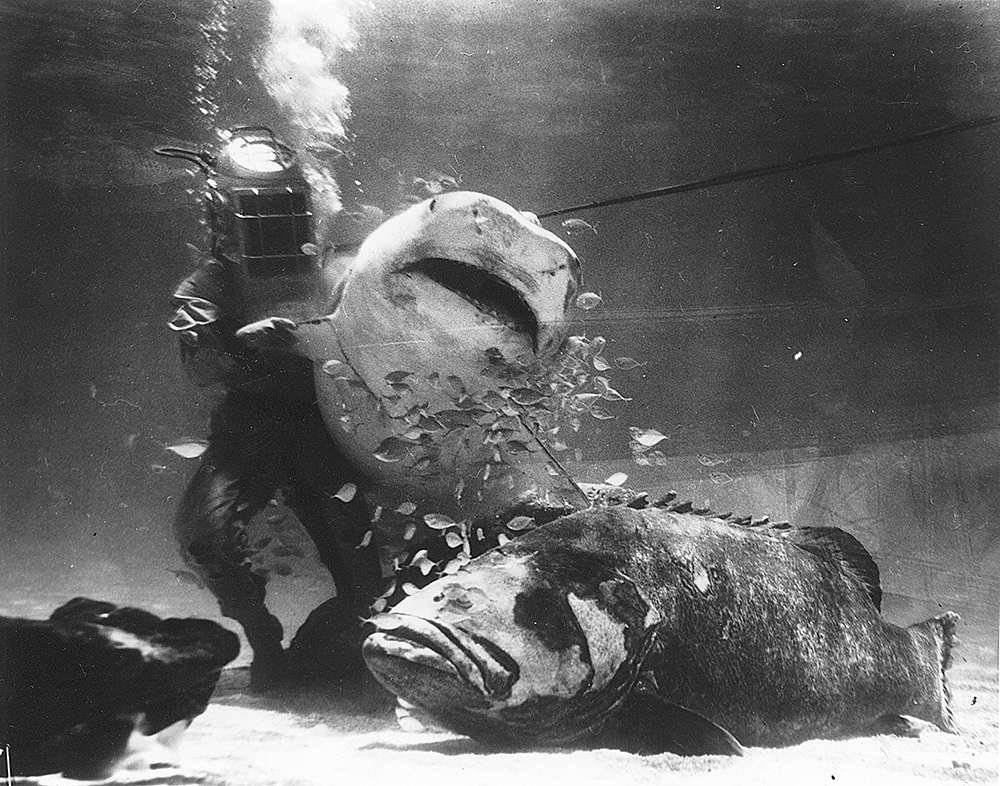 Venturing into the sweltering swamps of Florida, Ripley discovered the perfect place to host this latest radio show: Ross Allen’s Reptile Institute in Silver Springs. Though few people may have heard of Silver Springs, most people in the country had seen them on TV and in movies. Renowned for its crystal clear waters, Ripley remarked that it looked as if fish were swimming through the air.

Ross Allen, the proprietor of the Reptile Institute, handled reptiles for movies and milked snakes of their venom for scientific study and medical use. Allen invited Ripley into the pit of 500 slithering, venomous snakes.

While Ripley wore protective boots and pants, Allen entered the pit barefoot and shirtless. Among the serpents were rattlesnakes, water moccasins, and coral snakes. A bite from any of them would be dangerous. Allen lifted up a diamond-back rattler after giving it a few playful pets, then proceeded to harvest the venom. In a bit of showboating, he even took a couple swigs of the venom, telling Ripley he could do so safely without the toxin entering his bloodstream.

Next post Up Close With A Jivaro Shrunken Head