Bugging Out With Kelvin Wiley

Wiley can be seen holding a yellow garden spider, letting a horsefly crawl across his cheek, and even opening his mouth to reveal scorpions, yellowjackets, assassin bugs, and a host of other creatures! 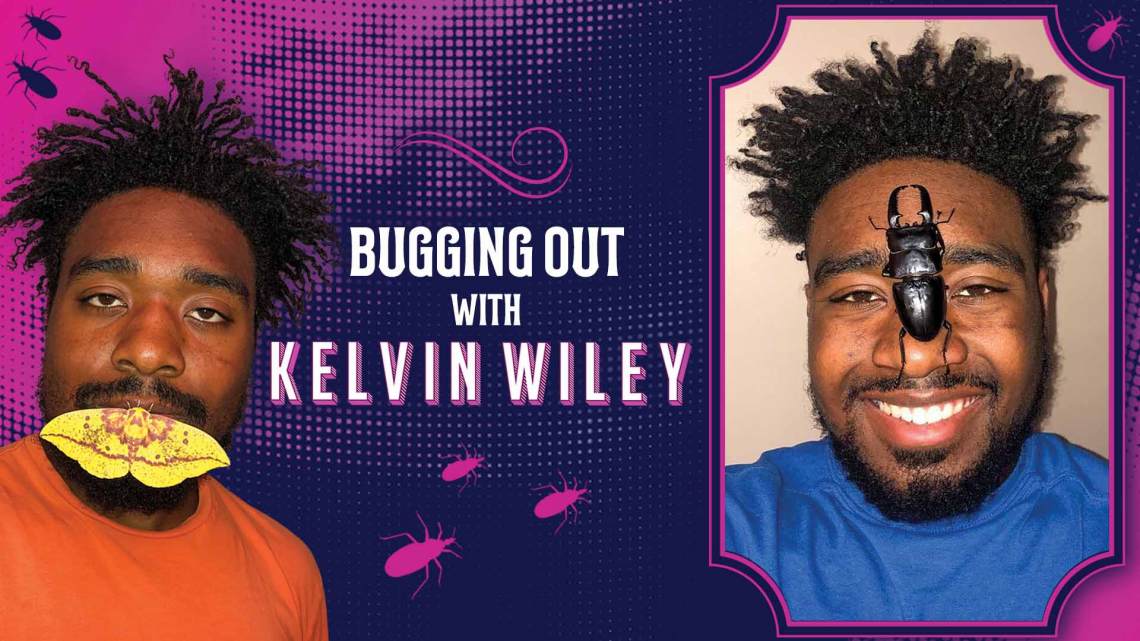 In 2016, Chapman University performed a survey about fears in the United States in which 25 percent of the respondents admitted to having a fear of spiders and/or insects. While these are common phobias, one man has made it his mission to help people better understand our creepy crawly friends the best way he knows how: by putting them in his mouth!

Kelvin Wiley, 23, calls himself an invertebrate hobbyist and insect enthusiast, and since 2018, he has been posting videos and pictures on his Instagram getting up close and personal with insects, spiders, and more. On his account, which currently has over 94,000 followers, Wiley can be seen holding a yellow garden spider, letting a horsefly crawl across his cheek, and even opening his mouth to reveal scorpions, yellowjackets, assassin bugs, and a host of other creatures.

Since 2015, Wiley has been keeping insects, spiders, and more, as pets in his basement. Although he’s always loved animals, his fascination with insects was what eventually became his focus at a young age. This is because of the diversity one can find when studying these creatures. “[There are] so many in the world; you can never stop learning more about them.”

One of Wiley’s favorite insects seems to be the mantis. He often poses with different species of them and stated in a recent YouTube Q&A that, if he could create any insect, it would be a venomous form of mantis. For his dream bug, this would involve adding a venom gland to the front of their raptorial forelegs so that they could inject their prey with poison upon grabbing it.

Wiley wants to continue pushing the envelope when it comes to exploring his love of insects and the like. He hopes one day to travel to Arizona where the species he’ll find there will be much different than those he comes across in his home state of New Jersey. Still, he isn’t interested in becoming an entomologist–someone who studies bugs for a living. Instead, he wants to continue making videos. After all, everything he’s learned has not been through formal schooling but rather through “hands-on experience by actually keeping insects, people who are in the hobby, reading books, and watching YouTube videos.”

Naturally, with all this knowledge about the creatures he handles, Wiley understands that there is a potential for danger involved. Still, he has never had an experience where a bug has put him in the hospital. Though he’s held venomous species, such as the Brazilian wandering spider and the black widow, he described himself as “hesitant” but not afraid to do so. Evidently, all the time and effort he’s put into handling these creatures has given him an innate sense of just how gentle he needs to be to avoid harming or startling them. 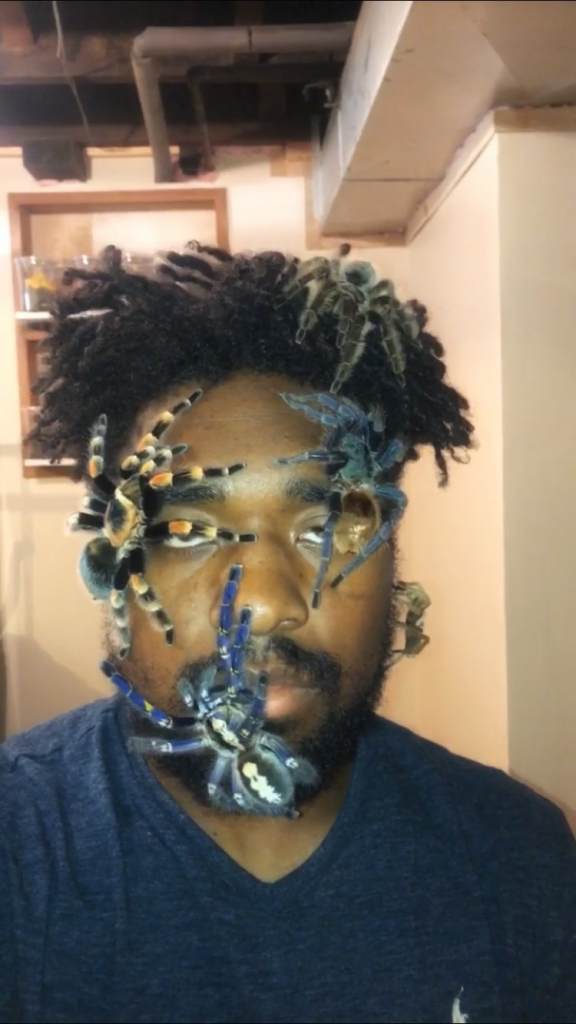 “Because I’ve worked with so many insects and arachnids for so long now, I know their limits and how much it could take to potentially damage and hurt them, which is why I’m extremely careful in my actions so that they are not in danger of getting hurt,” says Wiley.

Although Wiley mentioned in an interview in 2019 that he doesn’t really have a reason for creating these videos, his recently launched YouTube channel seems to be more focused on educating others. The description reads, “Expect to see care videos, enclosure builds and setups, pinning and framing dead insect specimens, and much more!”

“A lot of people think that insects are these big, scary, dangerous creatures when, in reality, most insects are completely harmless.”

Can’t get enough of Kelvin or his collection of crawlers? We’re totally bugging out over his feature in our latest annual, Mind Blown!, on sale now!