Burned at the Stake: A Retrial for a “Witch” 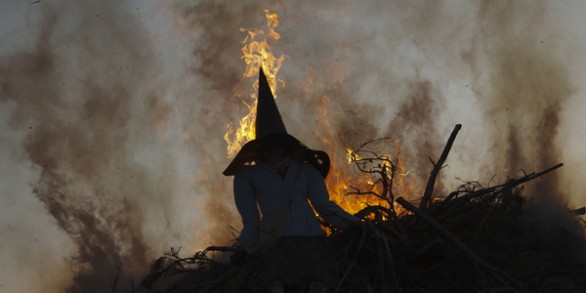 Salem was child’s play by comparison.

It was 385 years ago when Katharina Henot went from running the local postal office and attending local parties to being tried, convicted and burned alive at the stake for being a witch. Just recently, the same governing body that convicted her is re-opening her case and conducting a re-trial.

Henot was one out of the estimated (wait for it…) 25,000 alleged sorcerers incinerated in Cologne on the premise of practicing witchcraft!

At the time, Katharina Henot was said to have been very influential in the city of Cologne. The post office was an inheritance between her and her brother of which in itself caused disputes at the Imperial Court about the creation of a single central post office.

She was later accused of sorcery amid a great witch trial in Cologne between 1626 and 1631. Both she and her brother were arrested by the archbishop in January 1627 and were accused of using magic to cause several cases of death and sickness.

She was thrown in jail and despite suffering horrible sickness and injuries from torture – she never admitted to anything. Regardless, she was found guilty of witchcraft and sentenced to be burned at the stake for sorcery. 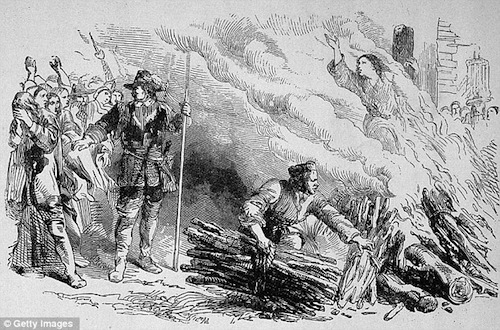 If the case is successful it could lead to similar hearings across Germany, the European country which burned more witches than any other.Now after more than 300 years, this case has been re-opened by evangelical priest and religious education teacher, Hartmut Hegeler. He was the one to make the request for the trial to be reheard.

“Katharina held her own reputation in high esteem, she would want to have it cleared. As Christians, we find it challenging when innocent people are executed, even If it was centuries ago.” Said Hegeler

Evidence from the time will be re-examined and a panel of local politicians, clergy and lay people will decide on her guilt or innocence. One of her relatives, Martina Hirtz, said:

“I do think she should have her name cleared. But I think of the endless amount of people still living who are being mistreated and find that much worse.”