A truck full of cheese in Norway once burned for four days straight...

When we heard about a semi-truck carrying 27 metric tons of cheese catching fire in Norway, it got us thinking: What’s the world’s most flammable cheese? 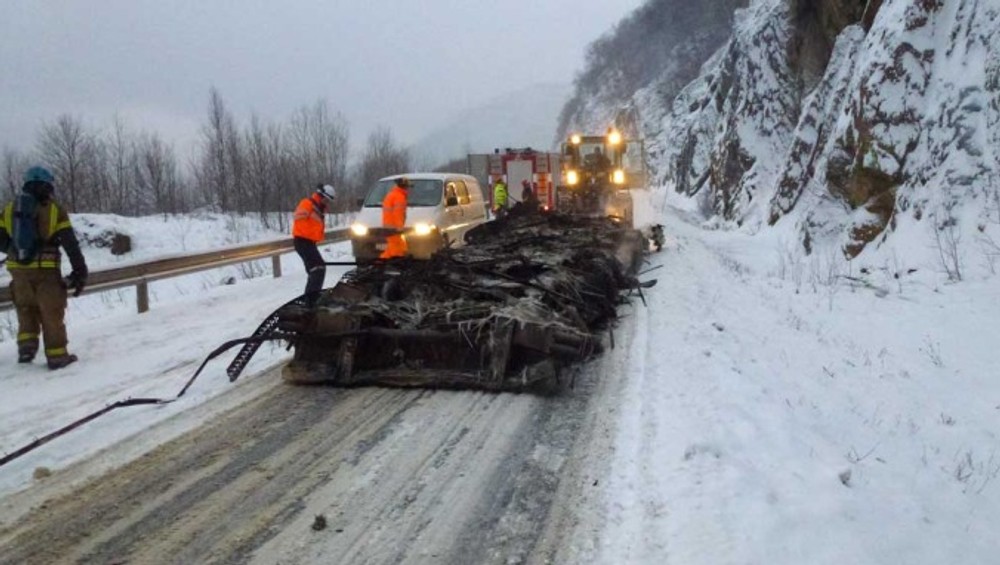 In order to answer our burning question, we dove into research mode. You might think that heavily processed cheese products like Kraft Singles or Velveeta would be particularly susceptible to burning thanks to all that extra processing, but the internet quickly showed this not to be the case.

We stumbled onto an eerie misconception about American cheese. Many videos online featured people trying to burn American cheese slices, and it holding up quite resiliently to their efforts. Some then tried burning other cheese, noting that the different behavior proved it was real cheese. Claims about what made American cheese behave this way varied from it being unmeltable, to it being made from “fake” chemicals or even plastic.

As you can see in our tests, American cheese does melt and even burn, but because of the emulsifying salts used by food scientists in these products, its burning behavior is a little different. These salts help make the cheese very consistent throughout, meaning it actually melts more uniformly than typical cheese. That said, this helped us realize just how resistant cheese is to burning. Not because of emulsifying salts, but because of a very specific chemical called dihydrogen monoxide (water). The cheese really can’t burn until the water inside has been mostly boiled away.

Switching our approach to use a browning torch instead of a lighter, we were able to test different cheeses’ reactions to heat a little better. We weren’t looking for flames, per se, but for how quickly and intensely a cheese browned. 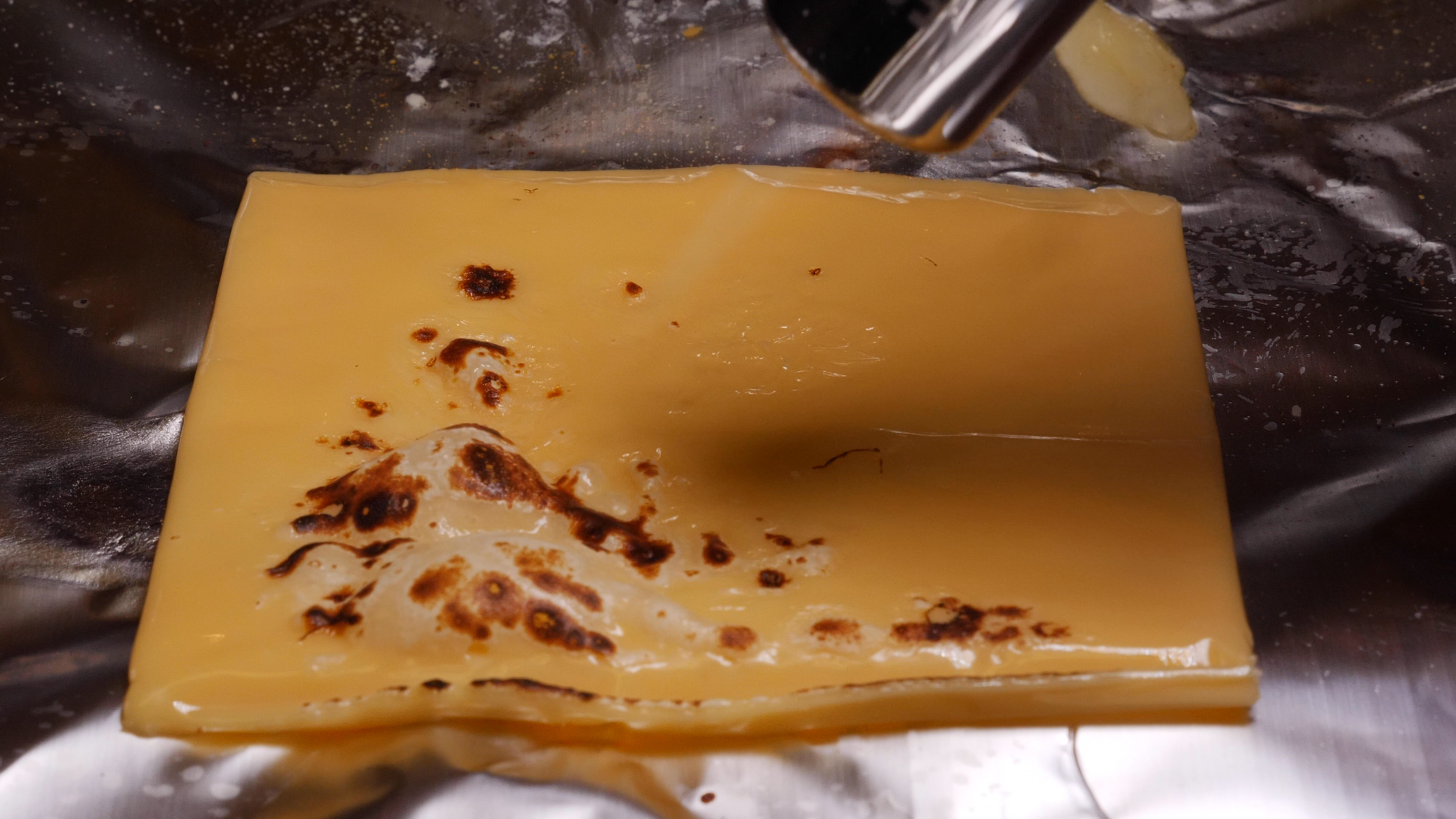 It took a lot of torching to get our American single to brown.

The process of browning is known as a Maillard reaction. This reaction describes the same browning behavior that gives toast its unique flavor. Of all the cheeses we tested, it seemed like the one that would be the most flammable would have to be some sort of combination of a dry and fatty cheese. According to the labels of our test subjects, our parmesan should have performed best, but it was our brie and swiss that seemed to brown the quickest. The wettest cheese, mozzarella, withstood browning almost completely, and though our bleu cheese caused a lot of bright orange flames from the torch, the cheese itself just melted. 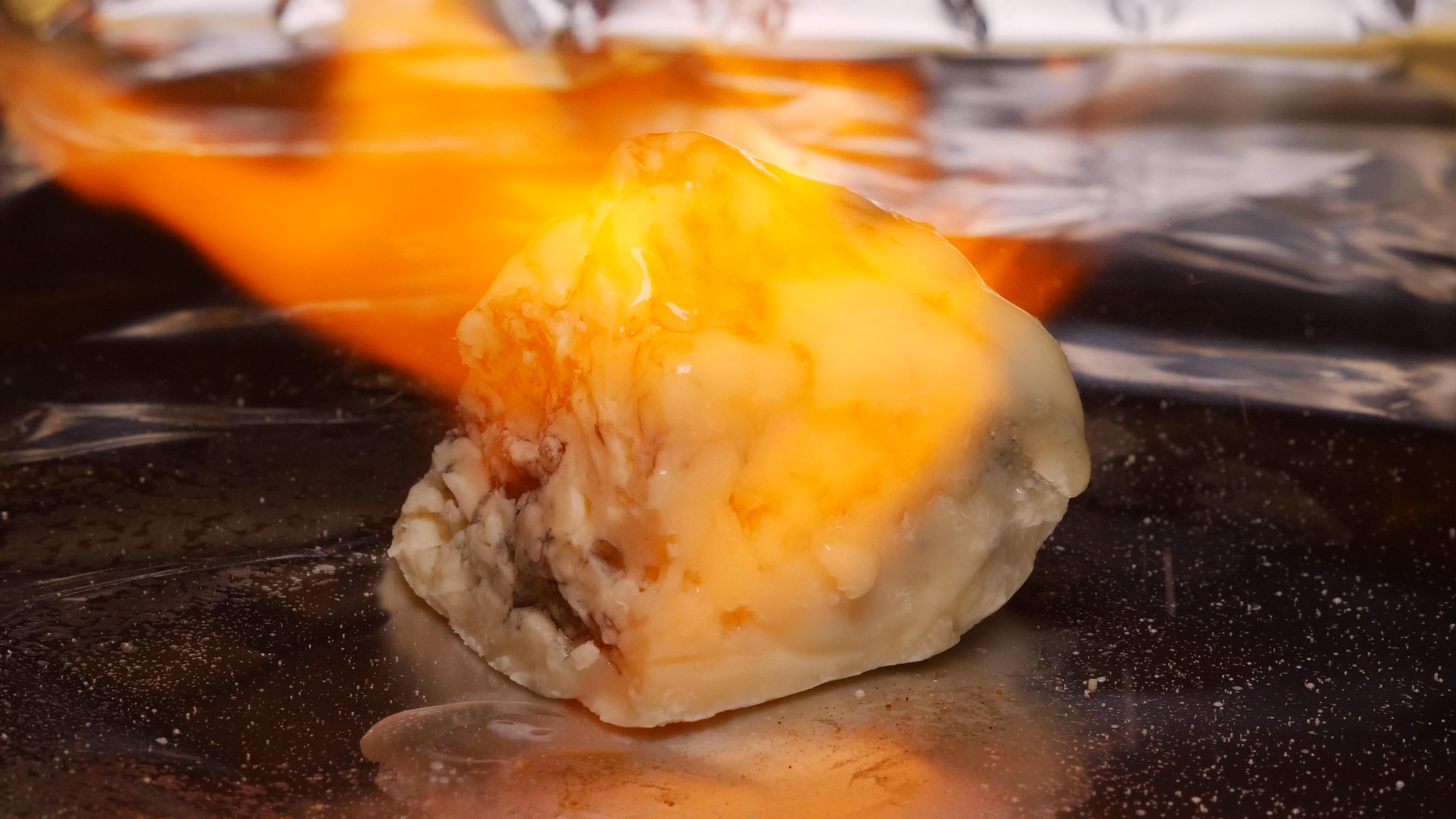 But what about the story of the semi-truck? According to reports at the time, the truck burned so intensely, that it raged for four days before firefighters were able to get close enough to fully put it out. The flames even caused the closure of a tunnel for weeks.

The cheese aboard that truck was a goat cheese variety known as brunost. Brunost is a brown cheese that is actually made from discarded whey. Caramelized milk sugar is what gives brunost its distinctive brown color. When we exposed this cheese to the torch it browned quickly and intensely. But why?

It all goes back to our Maillard reaction. The reaction depends on amino acids and sugars reacting together. Sugar was the missing component in our other cheeses, and brunost has just enough of it to readily trigger browning. 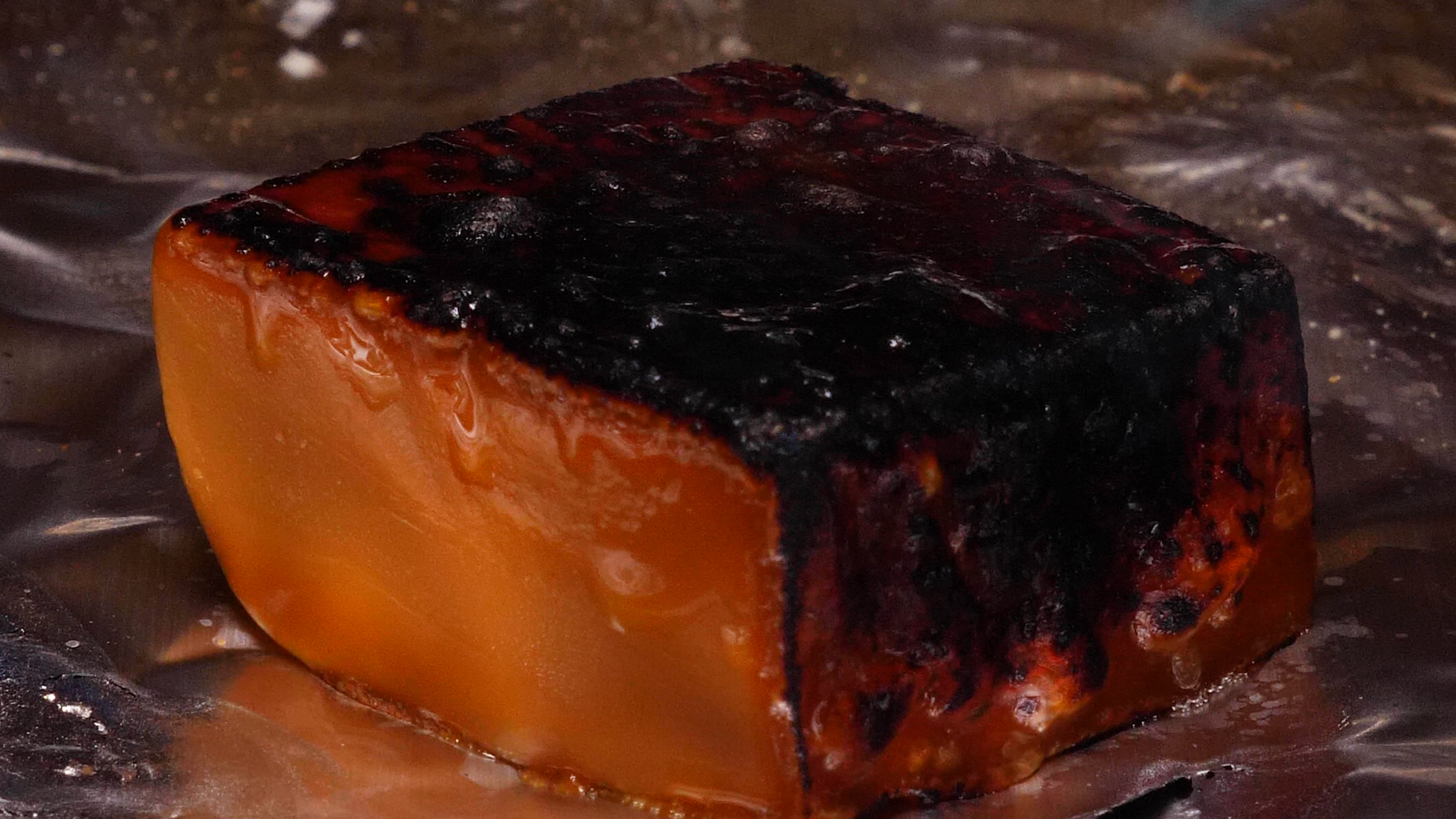 Five Incredible Artists That Will Leave Your Mind Blown! 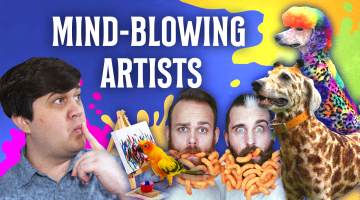