A deacon was appointed to speak for the corpse. 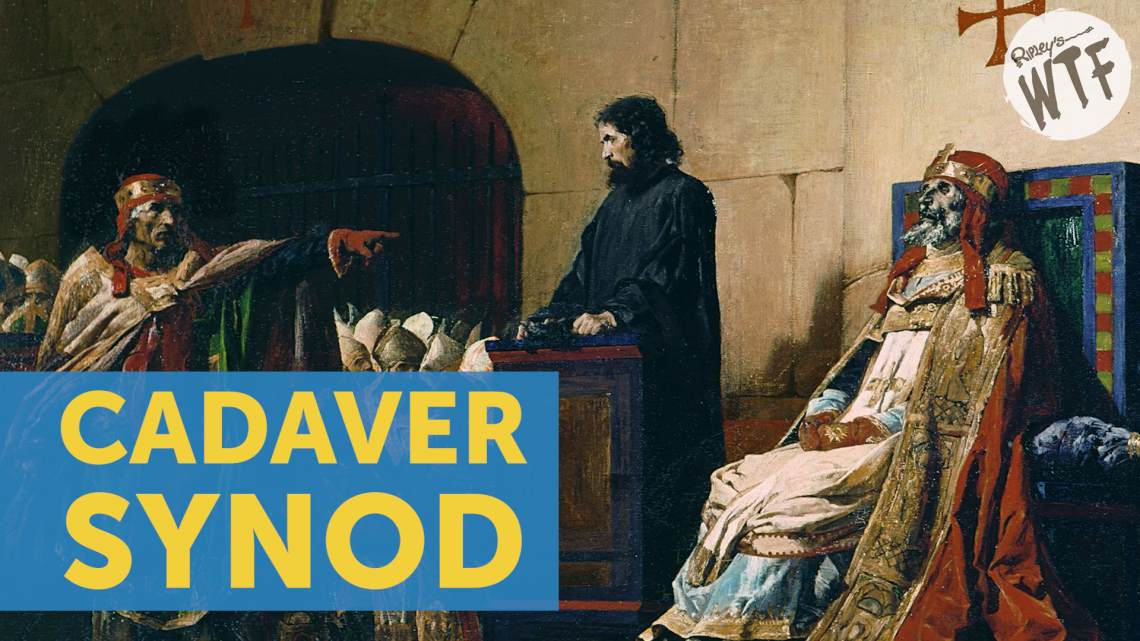 Believe It or Not!, the Catholic Church was once so upset with one of its own Popes that they dug up his corpse and put him on trial. The case against the late Pope Formosus became known as the Cadaver Synod. 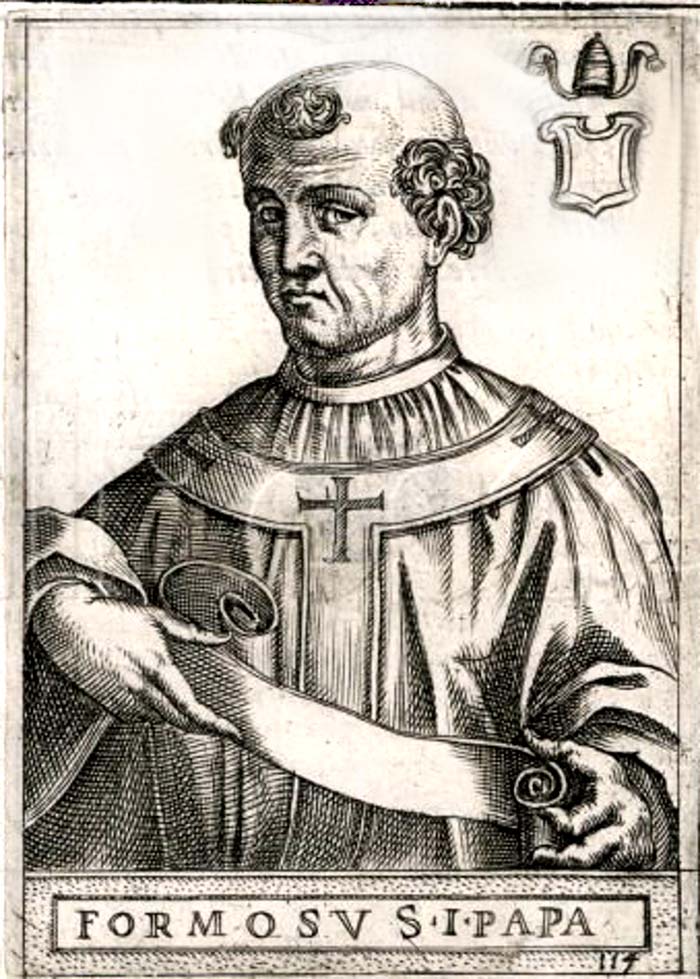 Formosus—whose pre-Pope name has been lost to the annals of history—spent his early days in the Priesthood traveling through Bulgaria and France attempting to lead missions, but never found much success. He eventually became so disgraced that the papacy excommunicated him, stripping him of access to its resources and making him promise to remain in exile from Rome.

Undeterred, Formosus returned to Rome and begged for forgiveness. Pope John VIII relented and allowed Formosus back in, needing his influence with the Bulgarian court to stabilize the turgid politics of the Holy Roman Empire at the time.

In the coming decades, Rome cycled through three more popes before Formosus himself was unanimously elected to the office in 891 AD.

Changing Pope’s during this period usually meant a complete redaction of the previous Pope’s edicts and strategies, and the newly-elected Formosus was highly distrustful of the current co-emperors of the Holy Roman Empire. Seeking to unseat Guy Spoleto III, Formosus asked Arnulf of Carinthia—who had just taken over Charles the Fat’s throne—to invade Rome and free it from Spoleto control.

The Trial Of A Dead Pope

Unfortunately, the plan failed, and Formosus died some years later. Despite his death, the many enemies he had made in life sought retribution. A year after his death in 896, Pope Stephen VI had Formosus’s body pulled out of the ground, dressed in papal vestments and placed on the throne to stand trial.

A deacon was provided to answer for the lifeless Formosus, but no one really defended him. Formosus was declared unworthy to have ever been Pope, and his reign and decrees were all stricken. Furthermore, they cut off his fingers of consecration and tossed his body into the Tiber River.

His body was retrieved by monks, but it wasn’t until the death of Stephen VI that Formosus’s body would be reinterred at St. Peter’s Basilica. Trials against the dead were banned for a time, but Pope Sergius III reinstated the actions against Formosus, and a back and forth of these actions took place for some time before the body was exhumed again, retried and beheaded.

Today, the Catholic Church supports none of these findings, disregarding them as political.

Next post Where The World's Worst VHS Tapes Ended Up