The Caesar Salad Is Not an American Creation

How prohibition dodgers in Tijuana helped make the salad a success. 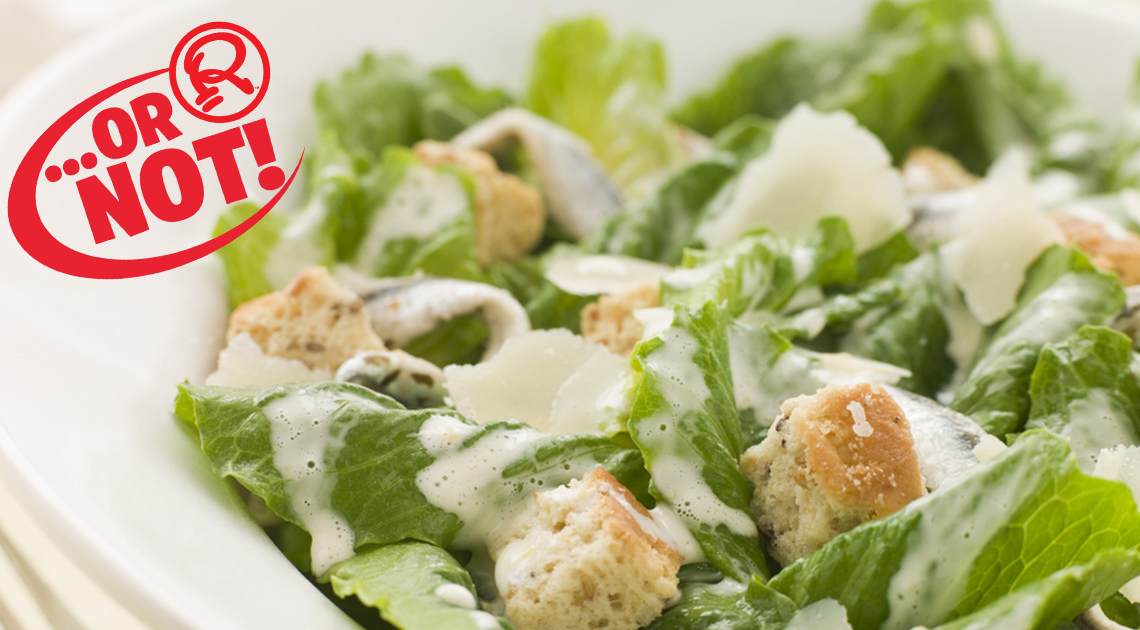 Many Americans are fond of the classic Caesar Salad but are unaware that the delectable dish was created in Tijuana, Mexico by an Italian immigrant named Caesar Cardini in the 1920s (some believe his brother or one of his employees actually came up with the dish, but more on that later). Cardini’s restaurant, just south of the U.S. border, was very popular during Prohibition. One day he put together some finger food in a pinch after running low on food, and the Caesar Salad was born. 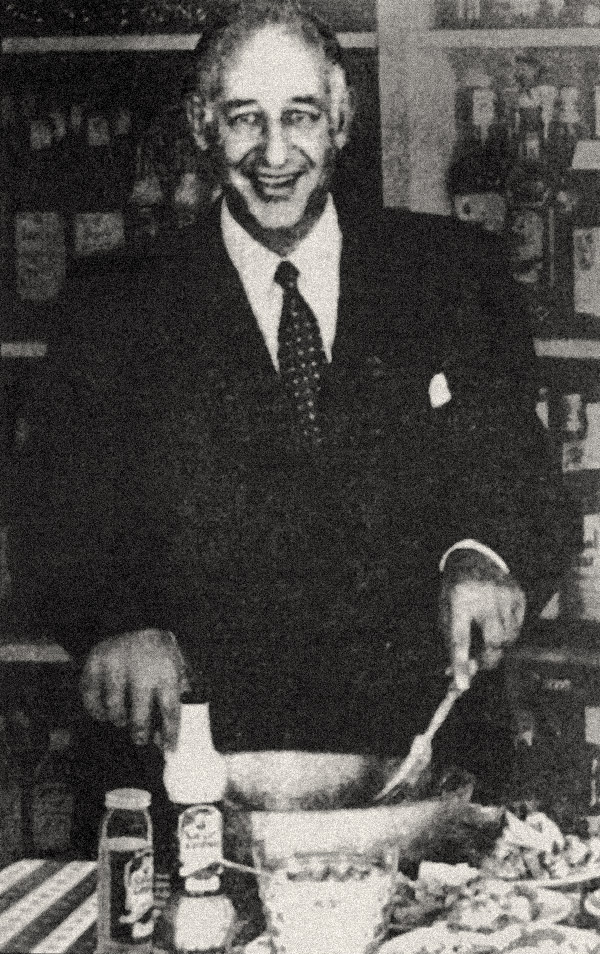 Cardini grew up near northern Italy’s Lake Maggiore region in the late 1800s. He moved to North American in 1910, settling in California where he opened a restaurant in Sacramento and later in San Diego. When Prohibition was enacted, Cardini started another establishment in Tijuana. Just over 20 miles from San Diego, the city was a hot spot, largely because alcohol flowed freely. 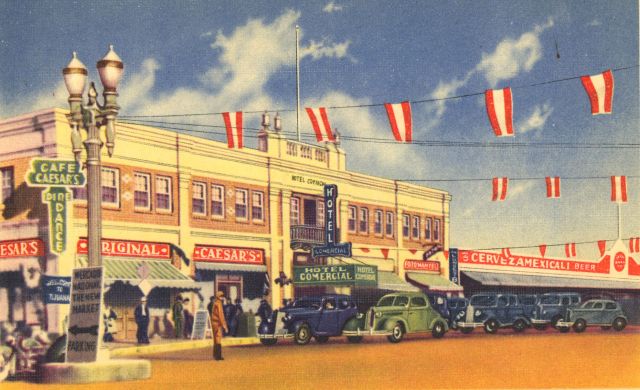 During a particularly busy weekend in 1924, Cardini reportedly grabbed whatever ingredients he could find in the kitchen to whip up a dish for his guests. He created a salad combining romaine lettuce, garlic, croutons, Parmesan cheese, olive oil, Worcestershire sauce, and coddled eggs.

Initially, the Caesar Salad was prepared at the table and was intended to be consumed with one’s fingers, not a fork. The lettuce leaves were coated with dressing and arranged flat on a plate. The stems faced out so people could pick them up with their hands.

Two years later, Cardini’s brother, Alex, started working with him at the restaurant. Alex, who had served in the Italian Airforce during World War I, added anchovies to Caesar’s concoction and dubbed it the Aviator’s Salad. Caesar reportedly disliked anchovies in the salad, believing the Worcestershire sauce contained enough fish flavor for the dish. There is some debate over whether Caesar or Alex actually created the recipe that everyone uses today. 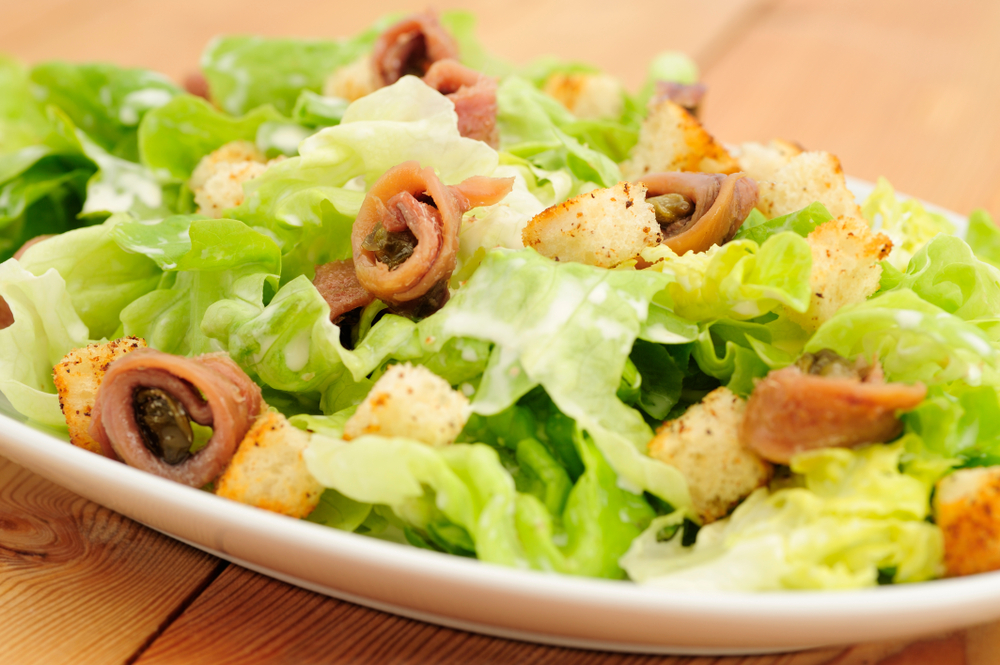 Word about the delicious salad spread among Californians and the Hollywood elite, including actors Clark Gable, Jean Harlow, and W.C. Fields. People made special trips to Tijuana just to have a taste. They also enjoyed going to Mexico to imbibe as Prohibition was in full swing.

Julia Child wrote about the Caesar Salad in her book, From Julia’s Kitchen. She recalled a special trip to Cardini’s restaurant in 1925 or 1926 with her parents, noting that Caesar himself made the dish in front of them using a large wooden bowl. While she didn’t remember all the steps he took to create the meal, the eggs made a big impression.

“I can see him break 2 eggs over that romaine and roll them in, the greens going all creamy as the eggs flowed over them,” Child wrote. “Two eggs in a salad?  Two one-minute coddled eggs?  And garlic-flavored croutons, and grated Parmesan cheese?  It was a sensation of a salad from coast to coast, and there were even rumblings of its success in Europe.”

A half-century later, Child attempted to recreate the salad she had remembered so fondly as a young girl. She got in touch with Cardini’s daughter, Rose, who lived in Los Angeles. Rose “knew every detail” about the dish because the salad was so meaningful to the Cardini family. She said her father created it on July 4, 1924.

The salad’s popularity also spread to Europe. According to Terry D. Greenfield, author of In Search of Caesar: The Ultimate Caesar Salad Book, American socialite Wallis Simpson (and future wife of Edward VIII) sampled the salad when visiting Tijuana. She reportedly introduced European chefs to the dish, instructing them how to make it, which they did willingly for the future Duchess of Windsor. Some believe Wallis transformed the dish by requesting chefs prepare it in smaller pieces so it could be eaten with a fork.

While most concur that Cardini was responsible creating the salad, one of his employees, Italian immigrant Livio Santini, claimed it was actually his mother’s recipe and Cardini appropriated it after it became all the rage. It was so popular, the International Society of Epicures in Paris decreed that the Caesar Salad was the “greatest recipe to originate from the Americas in 50 years.”

Cardini patented the dressing in 1948 because so many people copied his creation. Cardini’s Original Caesar Dressing Mix is available to consumers even today. It’s gluten-free and is available at most grocery stores. 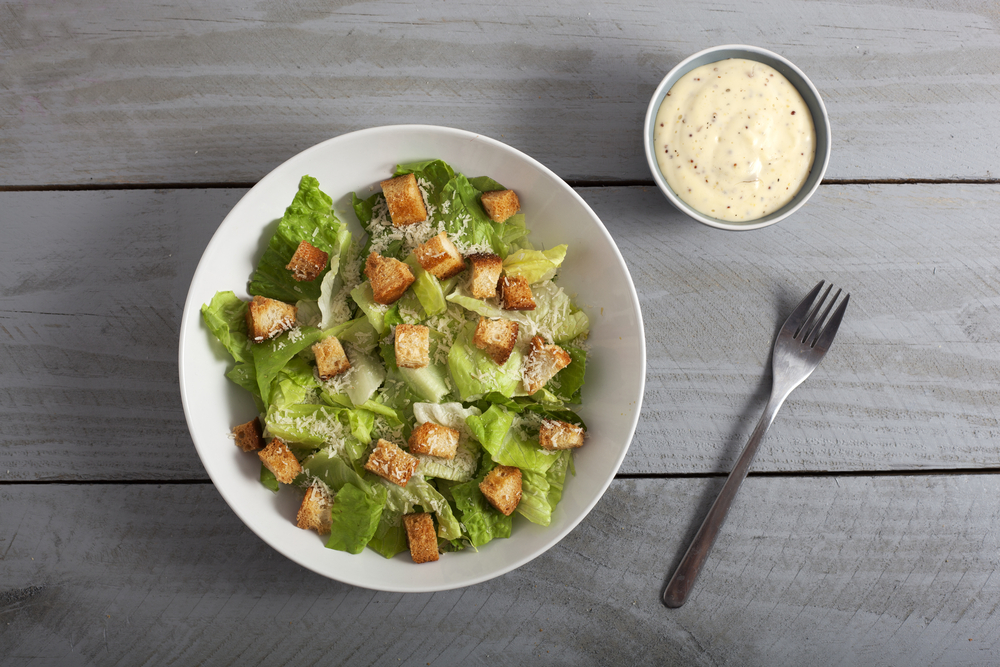