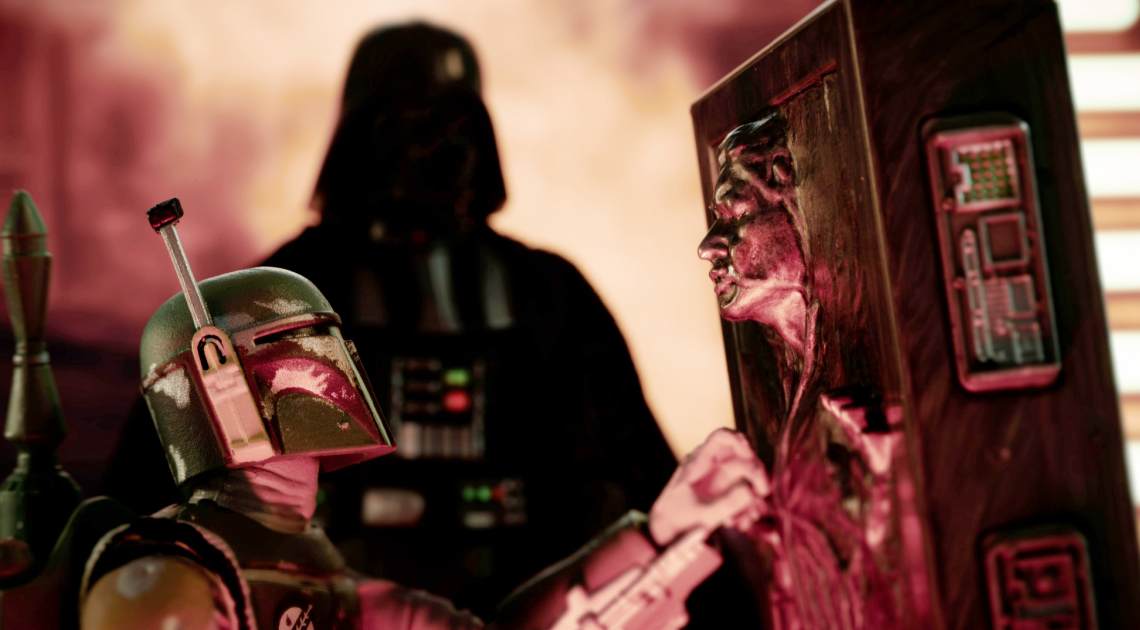 It’s a scene burned into the brain of every Star Wars fanatic: the moment Han Solo  gets frozen in carbonite by Darth Vader. It follows Lando Calrissian’s betrayal of the space rogue and Princess Leia Organa’s public declaration of love to him in The Empire Strikes Back. And it represents the ultimate cliffhanger — audience members are left wondering whether Solo will survive deep-freeze and what will happen to him after Boba Fett drops him off with Jabba the Hutt.

The perfectly preserved face of anguish and outward-reaching hands reappear in the beginning of The Return of the Jedi. Princess Leia and Luke Skywalker battle it out in Jabba’s lair for the chance to “de-thaw” their compadre, with plenty of mishaps (and monsters) along the way. Nevertheless, frozen Solo remains iconic in Star Wars lore, and now it boasts a giant chunk of bread in its honor.

Affectionately titled “Pan Solo,” here’s everything you need to know about the six-foot-tall edible.

Although the San Francisco Bay Area is renowned for creamy clam chowder served in thick sourdough bread bowls, there’s a new loaf in town that’s captured the national imagination. You’ll find the Star Wars shoutout in front of the One House Bakery in Benicia, California, owned by the mother-daughter duo Catherine Pervan and Hannalee Pervan.

How did they craft the life-sized homage to everyone’s favorite interstellar smuggler? Using wood and two types of bread mixes. First, they used a yeastless dough that retained its shape without rising. Second, they used one with extra sugar to ensure the statue’s preservation throughout the fall season. Working together after closing their bakery night after night, they painstakingly assembled the masterpiece.

The Foodie Version of Star Wars

Although some might perceive the project as tedious, there’s nothing else the Golden State bakers would rather be doing. Hannalee Pervan explains, “Baking is the only thing I’ve ever wanted to do my whole life. So all of my — you know, all of my good memories, all my happy memories are associated with food and with baking and with my mom and my grandmother.”

Besides the family connection to baking, the Pervans also feel deeply attached to sci-fi, fantasy, and the Star Wars universe. So, it’s no surprise Pan Solo isn’t their first foray into Force-inspired baking. Another hit by the foodie pair debuted in 2020, a tribute to The Mandalorian, complete with Baby Yoda.

These masterworks are entered in the Downtown Benicia Main Street Scarecrow Contest each year. During the event, the public casts their votes for the most creative “scarecrow” display. Competition can be tough, with more than 20 highly inspired entries by area businesses.

Whether the bakers win is beside the point, because the Pervans derive so much pleasure from what they do. Or, as Hannalee Pervan puts it, “Just to find joy in a different part of food is really important.”