While we're busy trying to save the bees, honeybees may be thwarting our efforts by spreading a deadly virus through acts of cannibalism. 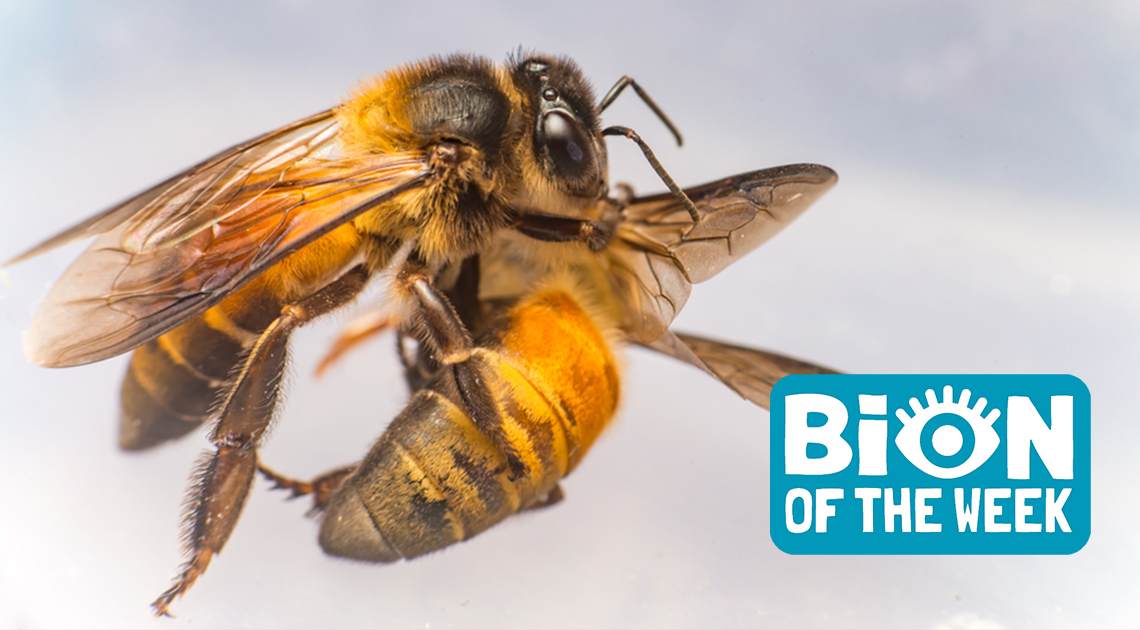 [May 24-May 30, 2021] Artificial artworks, a succulent sting operation, and cannibal honeybees—all round-up in this week’s weird news from Ripley’s Believe It or Not!

A Philadelphia restauranteur rang in his birthday with a Philly-style feast for the ages—a two-block-long cheesesteak!

Rene Kobeitri, the owner of Rim Café, wanted his birthday to be a blowout this year, and he knew exactly who to call to make it happen.

After contacting a few of his chef pals, including Geno Vento, owner of the famed Geno’s Steaks, Kobeitri and his crew went to work on crafting a 480-foot-long cheesesteak. They didn’t stop there, though, and wound up with a 510-foot-long sandwich stuffed to the brim with hundreds of pounds of meat and cheese.

The chefs switched it up along the way, including sections of ravioli cheesesteak, marinara cheesesteak, and Spanish cheesesteak. There were even sections with pretzels and some areas with a mixture of stout beer and cream cheese!

The event marked more than just Kobeitri’s big day, with thousands of people joining to gather as a community after a long year of being apart.

Kobeitri plans on submitting the colossal cheesesteak for a Guinness World Record but already has bigger plans for his sandwich-making future.

“Next one is going to be more crazy. Get ready, baby!” said Kobeitri.

They are constructing a 600 foot long cheesesteak down on 9th street in South Philly to beat a record of world’s longest… pic.twitter.com/5U9RhT5StR

When considering what qualities are uniquely human, some may say the ability to create art sets us apart, but what if technology changes that? A new exhibit exploring that very notion debuted at London’s Design Museum this week, with a robot named Ai-Da starring as both artist and subject.

In 2019, roboticists, programmers, psychologists, and art experts from England’s University of Oxford and University of Leeds joined ranks to develop an artistic android named Ai-Da as a means of exploring art and what it means to be human.

“Ai-Da: Portrait of the Robot” features self portraits created by Ai-Da, who uses artificial intelligence to replicate mannerisms and actions of human women. Complete with a digitized female voice, Ai-Da made her debut wearing dresses and wigs, with only her robotic arms exposing her true form.

Though Ai-Da did create the artwork, what sets her apart from human selfie-lovers is intent, feeling, and self-awareness. She only has the ability because she is programmed to do so. That being said, the advancement of technology evidenced by her existence shines a light on how far we have come and where we could be heading.

Ai-Da’s existence has caused a heated debate over how far we as a society should push the blurring of lines between technology and humanity.

“Some people think she is the worst thing ever and feel threatened, and some are really excited,” Aidan Meller, a gallery owner and one of Ai-Da’s creators, told The Guardian. “Her very existence is wrong somehow, and we are aware of that.”

$1.2 Million Worth of Cacti Recovered in Succulent Sting Operation

As people worldwide were getting sucked into the gardening trend while stuck at home last year, the International Union for Conservation of Nature (IUCN) was busy seizing $1.2 million worth of rare succulents from an Italian plant trafficker.

According to information released this week, officials spent 2020 digging into the black market for green thumbs, leading the recovery of 1,035 illegally traded succulents, 844 of which were finally returned to their home in Chile last month.

Named for the Chilean desert where rare Copiapoa and Eriosyce cacti grow, Operation Atacama targeted plant poachers after hundreds of the plants were stolen from the area between 2013 and 2019, leading to well-known cactus collector Andrea Piombetti in the port town of Senigallia, Italy.

Piombetti had previously been accused of cactus trafficking but was never prosecuted due to statute of limitation delays. Upon seizing hundreds of plants during a February raid of Piombetti’s greenhouse, as well as his cell phone and passport, police worked with botanical experts to determine that the cactuses were collected in the wild—most recently in December 2019.

Piombetti has yet to enter a plea in court, but the IUCN hopes to expedite the prosecution to avoid repeating history.

The export of cacti is illegal in Chile, but that does little to curb plant poachers looking to capitalize on the rarity of these genera, each of which can earn them up to $1,500 from enthusiasts hoping to build their collections.

Operation Atacama is one of the biggest plant seizures in history and marks the first time trafficked cactuses will be returned to their native habitat.

$1.2 million worth of rare, stolen cactuses confiscated and returned to Chile https://t.co/GnqF3TAohY

A California park ranger was wandering around a valley near California’s Mokelumne River last July when he accidentally stumbled upon a petrified forest filled with the remains of ancient beasts from 10 million years ago.

East Bay Municipal Utility District (EBMUD) ranger naturalist Greg Francek was meandering near the water when he noticed an oddly smooth piece of wood sticking out of the ground. As he got closer, he saw more of the same surrounding the area and realized he was walking in a petrified forest, and the pieces of stone wood were actually trees encased in burial sediments.

Over the next few weeks, Francek returned to the area, uncovering more and more interesting tidbits each time. After discovering vertebrate fossils, he knew it was time to call in the big guns, so he contacted Dr. Russell Shapiro, a paleontologist at California State University, Chico.

Shapiro and his team came to the site not expecting to find much of anything but wound up excavating an entire mastodon skull! Since then, Shapiro and his colleagues have unearthed hundreds of specimens from the 10-million-year-old forest, including a 400-pound salmon, a giraffe-sized camel, and a gomphothere—the early ancestor of elephants.

“The discovery is highly significant because of both the sheer number and diversity of specimens found. Few other fossil discoveries like this exist in California,” said Shapiro.

While we’re busy trying to save the bees, honeybees may be thwarting our efforts by spreading a deadly virus through acts of cannibalism.

According to a recent study, entire bee colonies have fallen from Deformed Wing Virus (DWV), a disease that lives in the stomachs of mites who prey on young bees. Once the baby bees are infected, it’s up to the worker bees to suss out the sickness, open their brood cells, and chow down to prevent the spread of infection to the rest of the colony.

Entomologist Jay Evans of the U.S. Department of Agriculture’s Bee Research Laboratory says this hygienic cannibalism “is a beneficial behavior, and many beekeepers actively breed for it,” as the practice often kills parasites and infections before they produce spores and spread.

However, DWV is already alive and well in mite carriers, meaning worker bees essentially eat the virus, leaving them with bloated bellies, brain fog, and broken wings before the disease eventually kills them.

It really is a bee-eat-bee world out there. 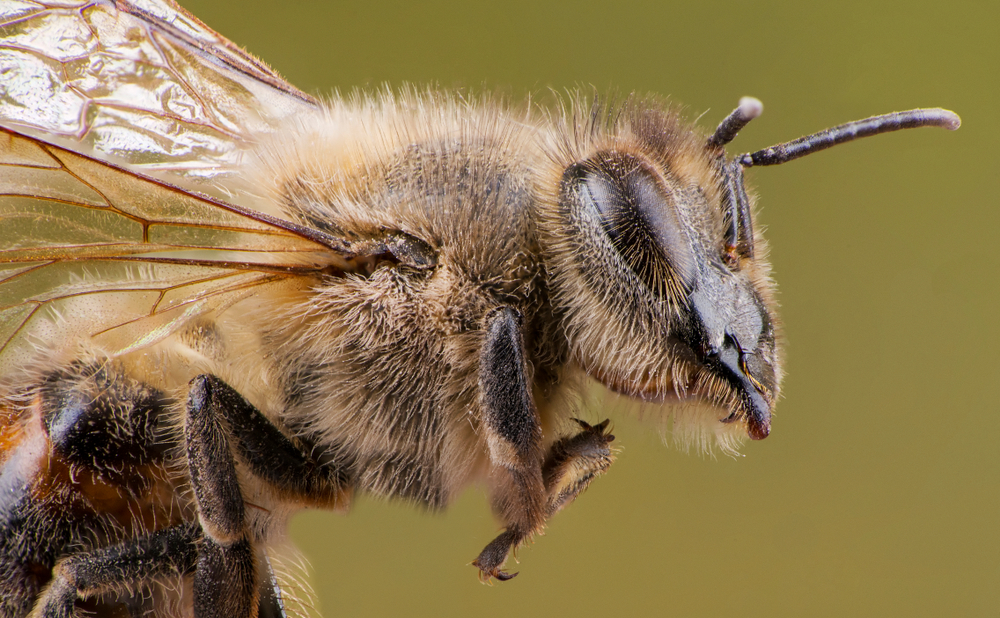