Wild Tales of Cannibalism from the Animal Kingdom

From wood ants to tiger salamanders and great white sharks, some species see little difference between peers and prey.

Archaeological and genetic evidence continues to tell us much about the human past. Some of it is downright hard to swallow. For example, there’s evidence that cannibalism was practiced for hundreds of thousands of years by Homo sapiens and archaic hominins. Human bones bearing marks consistent with butchering and cooking date back more than 600,000 years. Researchers like Tim D. White suggest ritual cannibalism was a common feature of prehistoric human societies before the Upper Paleolithic.

While Hannibal Lecter liked his liver with a side of “fava beans and a nice chianti,” most human beings have improved their table manners and menus over the millennia. But humans aren’t the only animals with skeletons in the closet. There are plenty of species on Earth who indulge in cannibalism, motivated by factors ranging from starvation to stress. What’s more, some unfortunate species of snake take it to the next level with autocannibalism.

Here’s the lowdown on animal cannibalism and why it’s still a dog-eat-dog world for plenty of Earth’s creatures.

One million cannibal ants trapped in a Soviet-era nuclear bunker? While this sounds like the makings of a B-rated sci-fi flick, think again. This real-life story has been making headlines for several years now.

In July 2015, scientists in western Poland made a grisly discovery. While inspecting a mid-20th-century abandoned nuclear bunker, they stumbled across nearly a million trapped wood ants that had resorted to cannibalism. The colony teemed above ground in the bunker’s ventilation pipe. Unfortunately, over the years, a steady stream of unlucky worker ants had fallen through the pipe, landing in the bunker. Once lost in the grim remains of the shelter, there was no escape or food.

So, the workers adapted, evolving into a queenless “colony” that survived through cannibalism. Scientists discovered that 93 percent of the two million ant corpses inside the bunker had bite marks or puncture holes, indicating cannibalism.

To survive, the worker ants continued their social tasks, even building a makeshift mound from dirt in the bunker. Despite a lack of reproduction, their ranks got regularly repopulated each time a worker “fell through the cracks.” Before leaving the nuclear-weapons bunker, scientists set up a wooden plank to act as a boardwalk, allowing the ants an escape route back above ground. A few months later, the scientists returned, finding all but a few stray ants had made their escape.

The Price Some Mothers Pay

Some insects and arachnids (e.g., praying mantises and black widow spiders) develop a fatal taste for their mates. But for baby hump earwigs, it’s all about their self-sacrificing (literally!) mothers. You see, humps are the only species of earwigs that participate in matriphagy—or consuming their mothers.

Scientists believe hump earwigs resort to this because of the time of year the babies hatch. Mothers reproduce during the colder months. While this leads to lower risks of predation by other animals, it comes with a tradeoff: fewer resources. To maximize the likelihood their babies survive, mothers often allow their offspring to consume them. This survival mechanism delays the dispersal of nymphs from the nest, resulting in higher overall survival rates. Talk about motherly devotion! 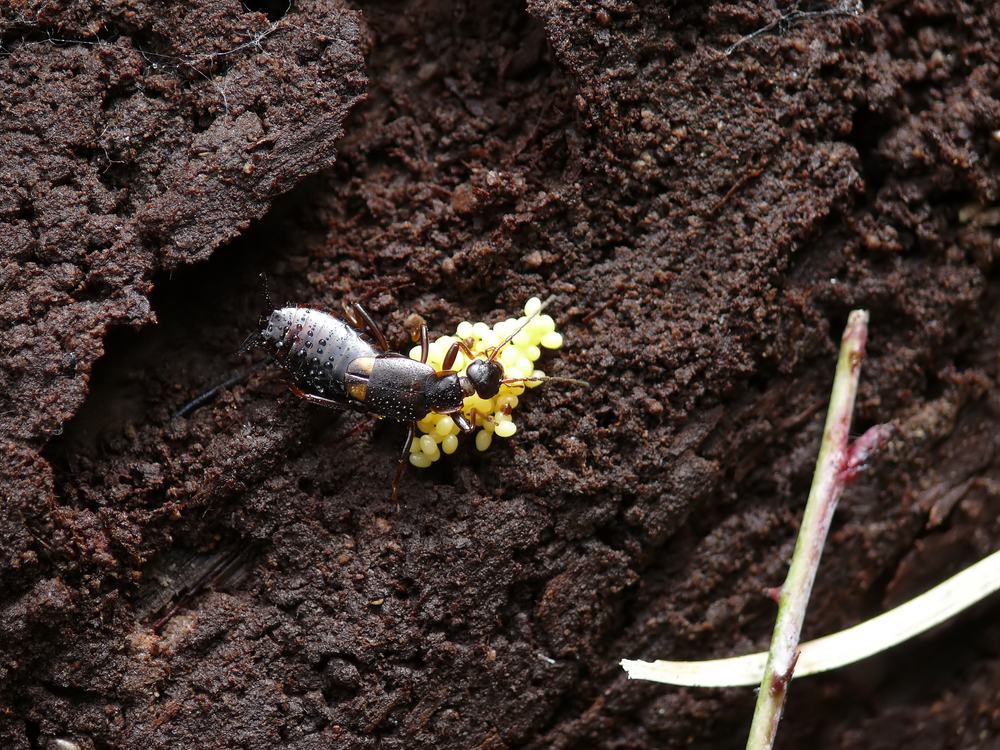 Besides hump earwigs, a handful of other bug moms make the ultimate sacrifice. These include arachnids such as crab and desert spiders and pseudoscorpions. The only vertebrate known to participate in this behavior is the caecilian, a group of limbless, serpentine amphibians. Babies feed on their mother’s oviduct lining and later her outer skin. Fortunately, all’s well that ends well. Her skin grows back in a few days.

Although matriphagy can be a thing among insects, arachnids, and caecilians, there are far more instances of voracious moms in the animal world. Particularly among some of the cutest and cuddliest species on the planet.

For example, rabbits may look adorable, but when it comes to raising babies, sometimes hunger gets in the way. Besides a rumbly tummy, rabbit moms will eat their babies at the first sign of trouble. Triggers include a nearby predator, stress, thirst, or temperature drops. Some even eat their babies to keep their nests tidy! 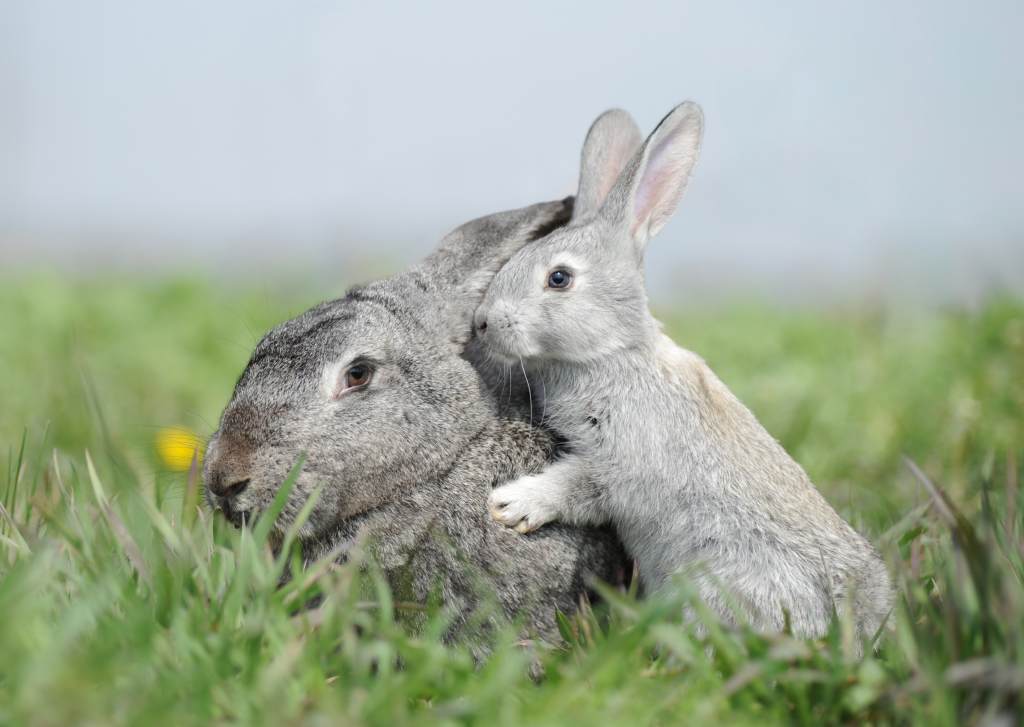 Of course, rabbits have nothing on their smaller cousins, hamsters. Hamster moms have a long list of reasons they eat their young. They include everything from the inability to defend their babies to perceived signs of weakness or disease. And the bloodbath doesn’t stop there.

Adult hamsters also kill and eat one another for various reasons, including territorial disputes. This behavior isn’t relegated to one species, either. Whether we’re talking dwarf hamsters, Robo hamsters, or Syrian hamsters, they’re ALL cannibals.

While few of us are surprised by cannibalism in the insect world, it proves less common among vertebrates. Apart from the cute and cuddly ones, that is. Tiger salamanders represent a BIG exception to this rule, however. Not only do they happily eat one another, but some even morph, developing more prominent teeth and a broader head to facilitate their penchant for the unpalatable.

Interestingly, scientists have found that the transformation into a cannibalistic tiger salamander requires a specific environment, namely one where food and other resources prove scarce. No major surprise there. However, researchers have also concluded that growing up among their siblings renders salamanders less likely to transform into cannibalistic amphibians. In other words, preying on non-family members helps salamanders secure a dynasty.

Baby chicks are cute and all, but if you’ve ever raised hens, you know they can be downright cruel. Within each chicken flock, individuals vie for power and prestige. This “fowl” hierarchy promotes strong members of the flock while leaving weaker ones vulnerable to attacks. Hence the term “pecking order.” And if you’ve never had the “pleasure” of being nipped by a chicken, let’s get one thing straight: those beaks are sharp.

Constant pecking leads to torn skin, lost feathers, and drawn blood. It’s not pretty. Unfortunately, under the right circumstances, chickens can take this “pecking order” to the extreme. Scientists still don’t have the complete picture when it comes to why chickens eat chickens. But they’ve identified a long list of triggers. They include:

No matter the cause, a chicken’s natural inclination to peck can result in outbreaks of cannibalism. If left unchecked, this cannibalism can spread rapidly through whole flocks. The problem is so widespread that cannibalism control is recommended as a part of flock management. Yikes! Of course, the existential question remains. What does chicken taste like to a chicken? 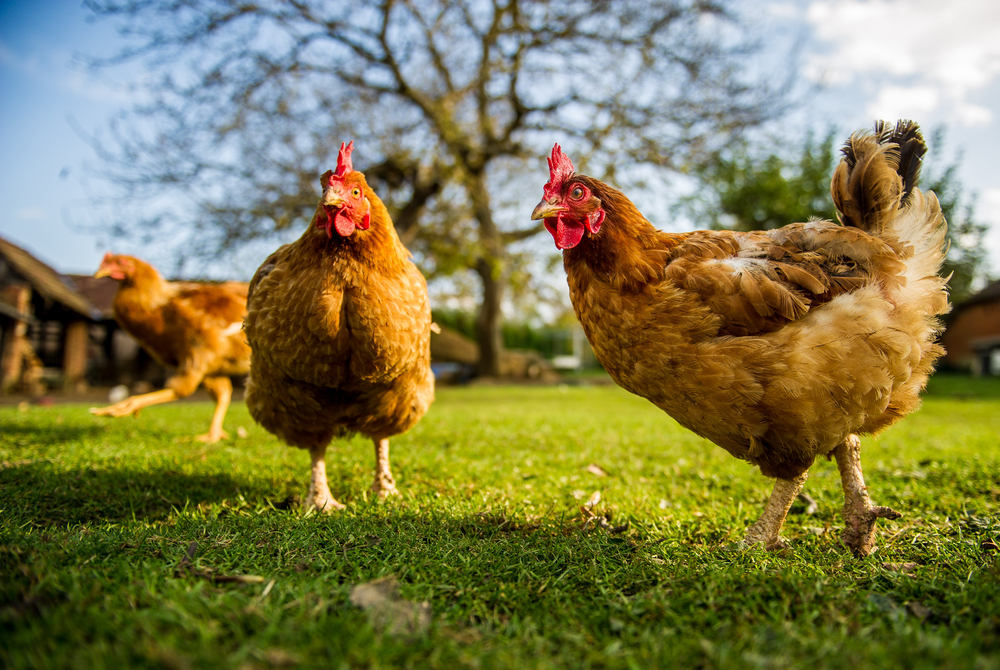 Famed primatologist and ethologist Dr. Jane Goodall made many fascinating observations while studying wild chimpanzees at Gombe Park in Tanzania. She was the first researcher to document tool-use in chimps, a behavior since noted in other species, including dolphins and crows. She also helped develop conservation strategies to preserve biodiversity.

Unfortunately, Goodall also witnessed intergroup violence between two communities of chimps that she referred to as the “war.” This four-year-long struggle resulted in the annihilation of the smaller group and involved violence, killings, and cannibalism. She also witnessed a mother-daughter chimpanzee duo, named Passion and Pom, who went on a cannibalistic killing spree. All told, the pair killed and ate at least ten baby chimps within their community.

Today, the researchers who have continued Goodall’s work still struggle to understand the motivations behind chimp violence and cannibalism. Rather than anomalies, they’ve witnessed similar behavior carried out by males and females alike. Are such actions related to male dominance or overcrowding? No one knows.

Goodall has reflected, “It is sobering that our new awareness of chimpanzee violence compels us to acknowledge that these ape cousins of ours are even more similar to humans than we thought before.”

Cannibalistic Sharks, In Utero and Beyond

In July 2019, terrifying footage emerged of a cannibalistic great white shark nearly biting a 12-foot-long rival in two. The smaller shark was eating fishing bait near a boat when the big one attacked. The brutal event left the little shark with two massive bites out of its middle. Far from being one rogue individual, cannibalism is an essential part of shark existence. One that starts in the womb.

Sand tiger shark embryos feed on surrounding unfertilized eggs as they grow. In some cases, the largest, strongest embryo dines on its smaller siblings in utero. Scientists hypothesize that the vicious sibling rivalry is part of a paternity struggle, where babies from different fathers fight for survival.

Recent fossil finds further confirm that sharks have been eating each other for at least 300 million years. For example, a study of fossilized feces from the prehistoric shark orthacanthus revealed the presence of baby shark teeth. As Professor Mark Meekan, from the Australian Institute for Marine Science, notes, “Shark on shark predation is a fundamental trait.”

Ravenous Snakes and the Ouroboros Symbol

But there’s one member of the animal world that takes the cake when it comes to cannibalism, snakes. Not only do some species cannibalize each other, but they inadvertently take part in autocannibalism, or the consumption of their own bodies.

How does a snake accidentally eat itself? Simple. By mistaking its tail for prey.

This happens most commonly with king and rat snakes, who prey on other serpents. When this occurs, they end up locked in a life and death battle with themselves. There’s even an ancient Greek word and symbol for this predicament, the ouroboros. While the ouroboros represents the eternal cycle of life and death, snakes that make this mistake usually suffocate.

James B. Murphy of the Smithsonian Museum of Natural History in Washington, D.C., once had to stop a shedding king snake from eating itself. It started consuming its dead skin, some of which was still attached to its tail. Somewhere along the line, the snake went from eating the shed to eating itself. Murphy notes, “It continued to swallow its own body tail-first until I intervened.” 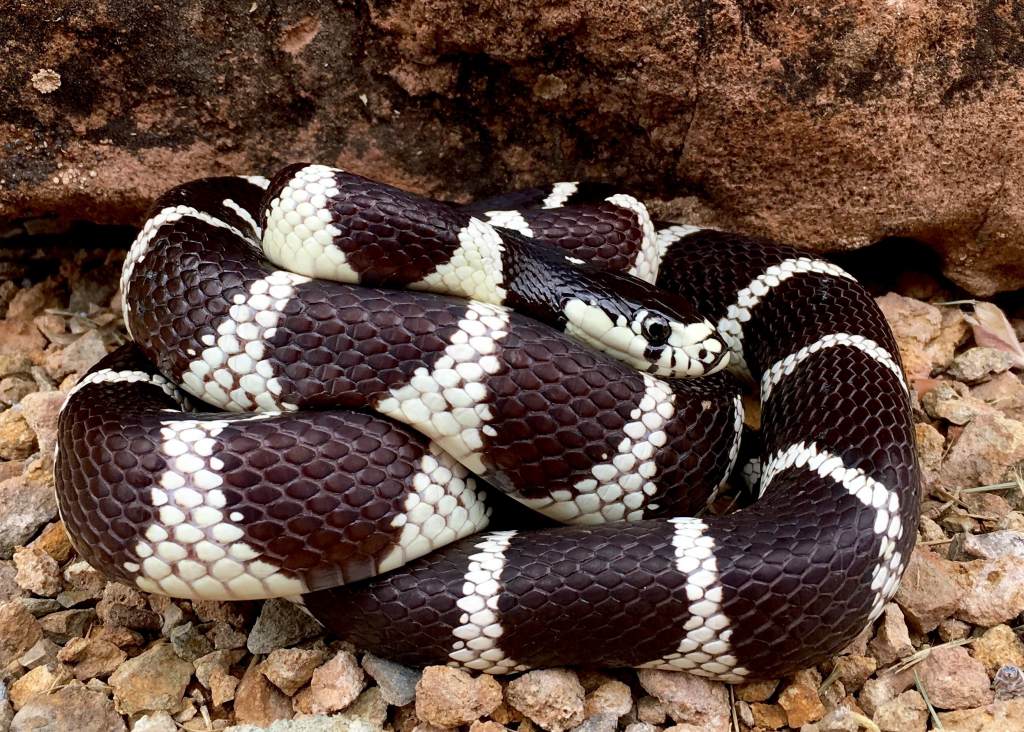 Murphy hypothesizes that snakes can become confused by the odor of prey lingering on their scales. This phenomenon proves especially true with constricting snakes. What’s more, snakes who use fast tail wagging (caudal luring) to attract prey can fall victim to autocannibalism. After all, their small brains prove more reactive than proactive and get easily confused.

What can we make of all of this? When it comes to nature, there’s little delineation between peers and prey.

Next post The Royally Fascinating Life Of Diana, Princess Of Wales