Facing The Heat Of The Carolina Reaper Pepper

Salivating, redness, sweating, and just general pain are only the start.

Straight from grounds of Ed Currie’s PuckerButt Pepper Company—appropriately named—we ordered a shipment of the world’s hottest little peppers known as the Carolina Reaper. After taste-testing the world’s hottest mini chocolate bar, featuring the unreleased Black Reaper Pepper, we decided to take the heat up a notch with the current record holder and indulge in not one, but two Carolina Reapers.

To put this fiery little bugger into perspective, we’ll use the heat-driven Scoville Scale. Scoville Heat Units (SHU) are used to measure the spiciness of a substance according to the concentration of capsaicin—the chemical that gives peppers their extra kick.

Beginning at the bottom of the scale, bell peppers contain zero capsaicin, meaning they don’t actually produce any “spicy” at all. Tabasco sauce ranks around 3,750 Scoville and is considered mild enough to appear on restaurant tables all over the world.

The common jalapeño has a score ranging anywhere from 2,500 to 8,000 SHU. If you’re breaking a sweat at this point, we definitely don’t recommend the attempting to eat a Carolina Reaper, the pepper is about 600 times hotter than the measly jalapeño. The Carolina Reaper tops out at a staggering 2.2 million Scoville! Eating one is as close to getting sprayed in the mouth with police pepper spray that food has gotten. 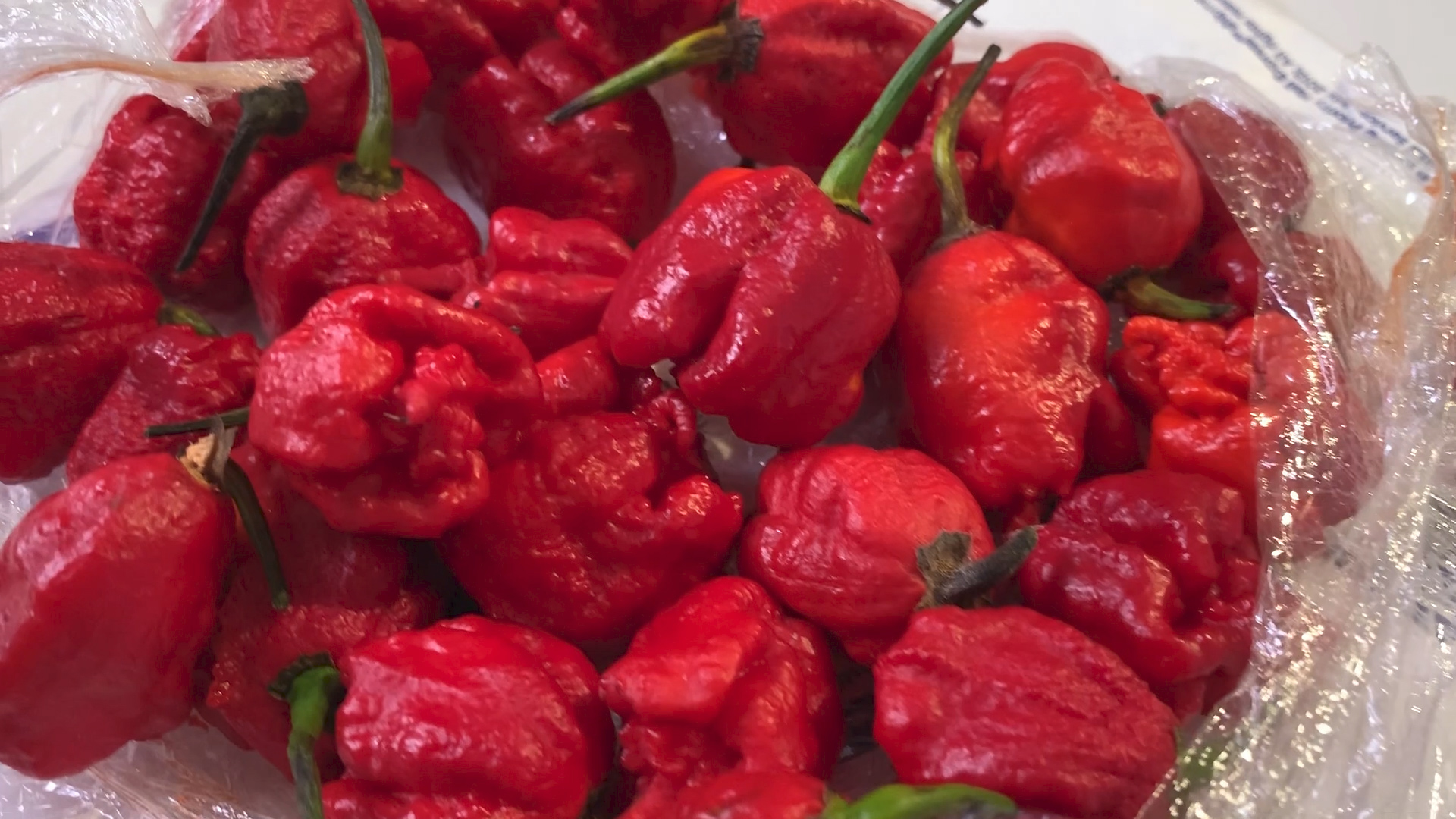 Ed Currie, the father of the Carolina Reaper and widely known as the “pepper guru” engineered the Carolina Reaper by crossing a Ghost Pepper with a Red Habanero. Though its origins sound simple enough, Currie has been growing peppers for decades, raising over a hundred varieties and managing over 100,000 plants each year.

Despite being the hottest pepper in the world, aficionados insist the Reaper is more than just a pouch full of heat. It also has fruity undertones that make it taste like cinnamon and chocolate. All of that flavor can be easy to miss, however, as its heat wreaks havoc on your tongue. Capsaicin is a chemical reaction, resulting in a burning reaction so intense that the human body can react violently. Salivating, redness, sweating, and discomfort are just the start.