What goes up, must come down…

Each year, hundreds of acrobatic individuals show up for Catalan festivals to build human towers called castells. Far more serious than a human pyramid, these towers can reach 50 feet into the air and consist of 300 people.

The gravity-defying structures have their roots in the 18th-century and originated in Catalonia, the Valencian Community, and the Balearic Islands. What started as a fun community event at celebrations throughout the year has trend into a serious sport, dominating stadiums in Spain.

Catalan for “castle,” the structures serve as an important cultural symbol for communities, requiring people to come together and demonstrate cooperation to build something bigger than just themselves. The festivities surrounding the castells also bring people of all walks of life together, whether they are businessmen, unemployed, young, or old. 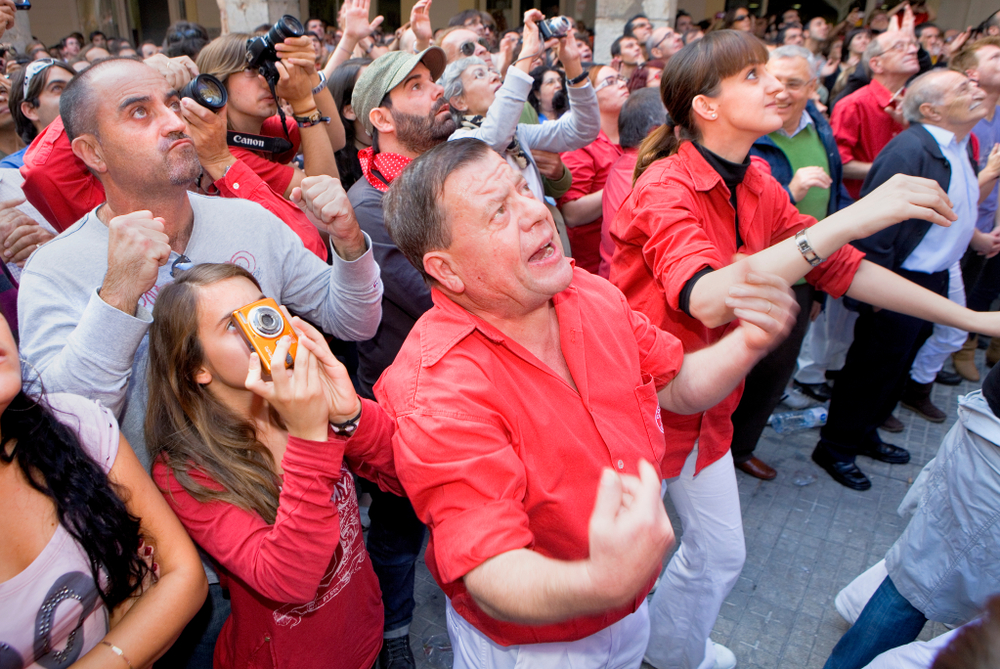 Castellers wear white pants, black sashes, and colored bandanas that indicate their team or region. The traditional sashes are wrapped tightly around their abdomens to act as a type of weightlifting belt and to provide a handhold for other climbers. Modern tower teams are able to reach taller heights thanks to the inclusion of women starting in the 1960s. With access to lighter bodies, towers now can stretch up to ten people high. 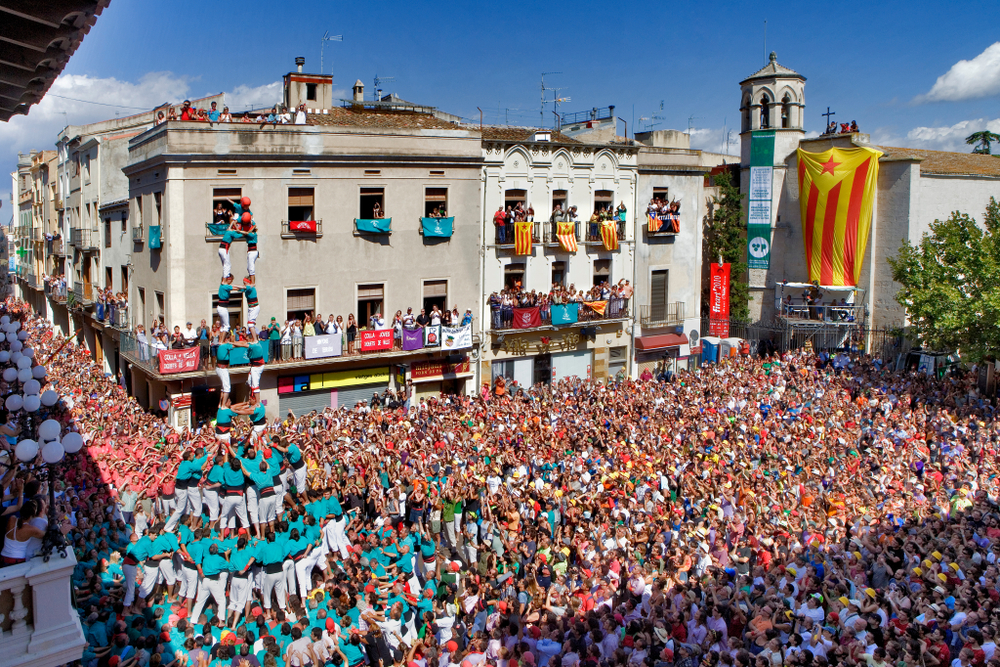 The base is formed by the most people and must support the heavy tower during the entire construction—and deconstruction—process. The circle of people at the base keep the tower together but also are there to break the fall of higher-up castellers in the event of an accident.

In many festivals, the last person to climb the tower and sit on top is a child of four or five years old. They make the climb as the crowd looks on in silence. Once they reach the top, they stretch an open hand to the heavens above and music erupts! The traditional Catalan music plays as the tower is carefully deconstructed. To many climbers, this stage is the most dangerous part.

Previous post The King Of Lizards Was Actually A Whale