If you happen to see a glowing grin amidst the presence of a blacklight, it could be that of a real-life Cheshire cat.

Imagine, in the darkness, seeing nothing but the glowing, red teeth of a cat.

No, this isn’t Alice in Wonderland. There is a real disorder that makes cats’ teeth—and all their other bones—glow red under blacklight.

A few years ago, kennel assistant Grace Allwein was working at a veterinary hospital when a shelter brought in a special cat. During an examination, the vet students recognized something about the animal’s smile that reminded them of a condition they learned about in a lecture, Allwein explains.

“The teeth look stained in regular light and they glow in blacklight,” she explained. “The kitten could eat regularly as far as I could tell.” Allwein, an animal lover, also runs her dog’s Instagram. 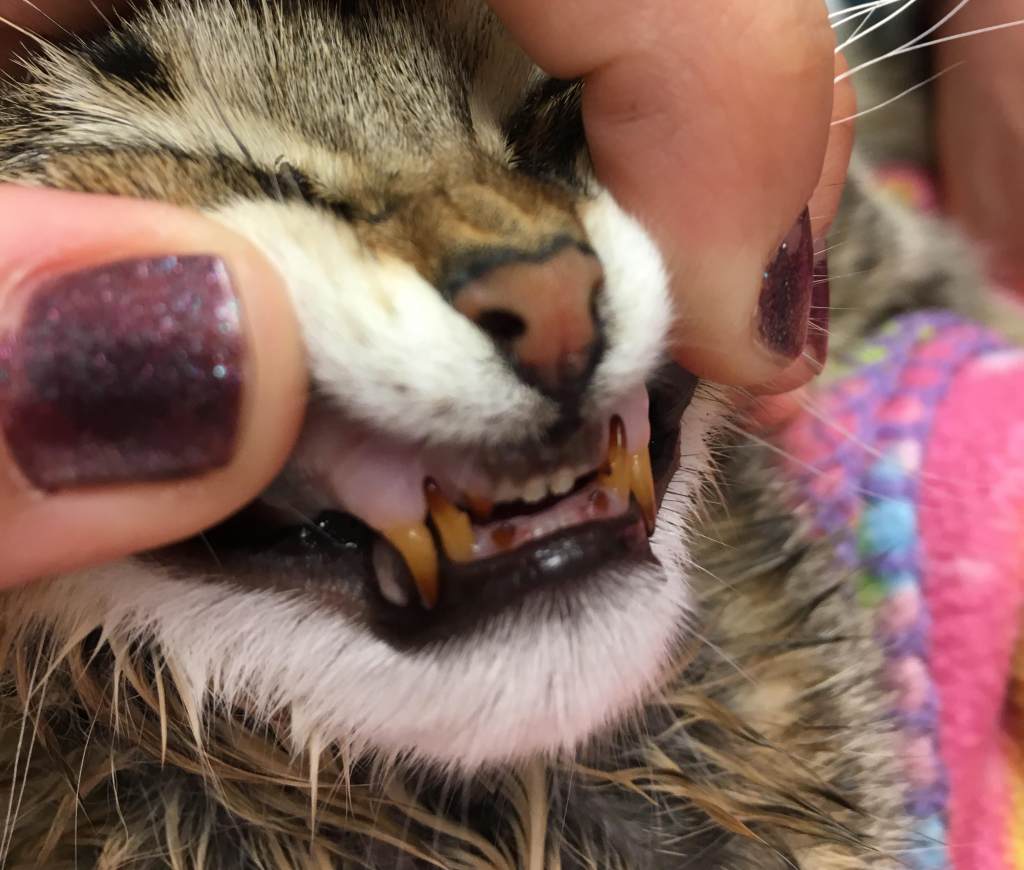 The cat had a condition called erythropoietic porphyria, which, according to the Merck Veterinary Manual, has also been observed in some farm animals and people. When a certain group of hemoglobin is defective, the body breaks down iron too fast. The animals are typically anemic and sensitive to the sun, and the broken down byproducts of iron are deposited in the skin and bones. That results in a reddish color.

Only the bones, however, fluoresce. For most animals, with the exception of the deer family, teeth are the only bones you can see from the outside. Therefore, when Allwein saw the cat under black light, she could clearly see the glowing teeth. 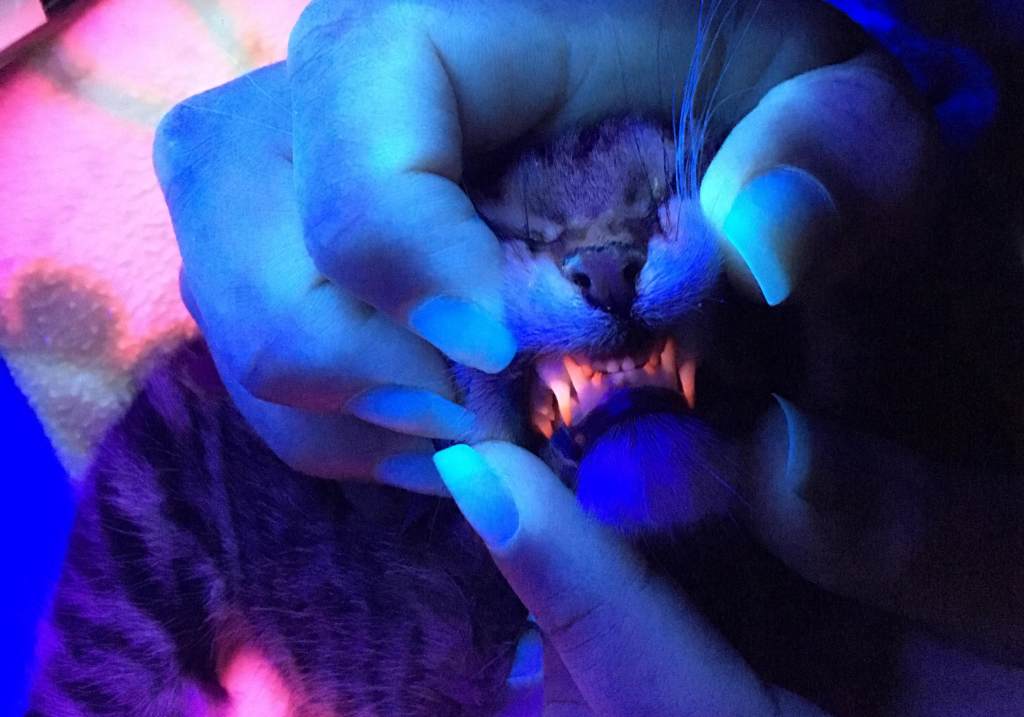 Other animals that glow are mostly sea creatures: some jellyfish have a green fluorescent protein (GFP), and corals glow in a variety of colors. In fact, fish with transgenic DNA from jellyfish, from a brand called “GloFish,” are available at pet stores across the country.

Scientists have even genetically modified cats to glow in the dark by splicing jellyfish’s GFP to their DNA. These glowing cats were a part of the research that is helping scientists that research AIDS. Aside from this lab research, vets recommend that animals with erythropoietic porphyria should not be bred, as the disorder causes anemia and light sensitivity. However, if the animals are kept out of too much sunlight, they can live generally healthy lives.

So, if you do happen to see a glowing grin amidst the presence of a blacklight, it could be that of a real-life Cheshire cat.

Previous post The Feathers That Could Buy A Boat (Or Bride)