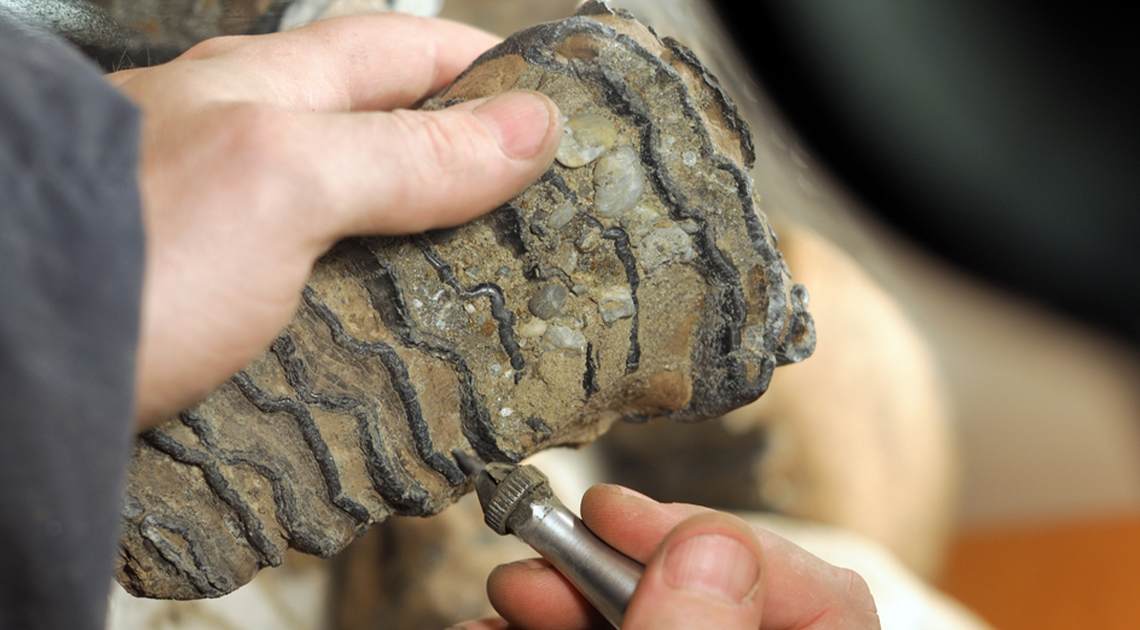 New England scallop fishing isn’t for the faint of heart. Scallopers head out on boats measuring between 70 to 100 feet long in crews of seven, including a captain. They work year-round, no matter the weather, embarking on trips that last for between 10 and 14 days. Fishing at depths of 20 to 50 fathoms, this sweet spot delivers the most plentiful scallops to the steel dredges they drop to the ocean floor. These dredges glide across the bottom of the sea, sweeping scallops into a chain bag made of steel rings.

Besides a scalloper’s preferred payload, dredging can bring up some strange objects. For example, fishermen have pulled up everything from shoes to glass bottles and sunglasses to discarded plastic. But the most impressive find to date might be a recently discovered 12,000-year-old woolly mammoth tooth.

Stumbling Across an Ancient Tooth

In December 2021, Captain Tim Rider and his crew, known as the New England Fishmongers, dredged off the coast of Newburyport, Massachusetts, for scallops. Based out of Portsmouth, New Hampshire, the crew were stunned when they found a giant mammoth’s tooth in one of their scallop-filled dredges.

After pulling up the incredible discovery, Captain Rider took the find to the University of New Hampshire for further analysis, according to NBC Boston. They definitively identified the 11-inch, seven-pound artifact as a tooth from a woolly mammoth. Will Clyde, a professor of geology at the University of New Hampshire, kept his analysis of the tooth short and sweet: “It’s quite big.”

The New England of Mammoths and Mastodons

While Clyde notes that other fishing crews have pulled up fossils in their dredging exploits, most of them have proven less well-preserved than the find made by Captain Rider and the New England Fishmongers. (Wouldn’t that make a great name for a rock band?) Clyde is especially fascinated by the story the tooth has to tell and how it connects the contemporary Eastern Seaboard to its geological heritage: the New England of mammoths and mastodons.

He explains, “I always love thinking about the landscape in New England, with mammoths and mastodons walking around, and in terms of geological times that wasn’t that long ago.” Nostalgic associations aside, Rider had a conundrum on his hands. What to do with a massive, hairy elephant’s tooth? Plumb out of ideas, he displayed it at his Kittery, Maine, restaurant.

In a humanitarian twist, Captain Rider recently decided his mammoth tooth was meant for something more than a restaurant centerpiece. As he learned about the situation unfolding in Ukraine, he realized the woolly mammoth tooth could help. So, he decided to list it on eBay and pledged to donate all proceeds from the tooth’s sale to support a charity in Ukraine.

As Captain Rider explains, “I can’t imagine what it is like for folks over there, so we found a charity that works with food, and our chefs know the chefs who started that.” Bidding for the tooth started at $1,275 and reached $9,600 a couple of days later. Proceeds from the sale will go to the World Central Kitchen, which serves hot meals to refugees fleeing the war.

Have more questions about everything woolly mammoth tooth-related? We’ve got you covered. Get up close and personal with a mammoth tooth like the one in the Ripley’s Collection! 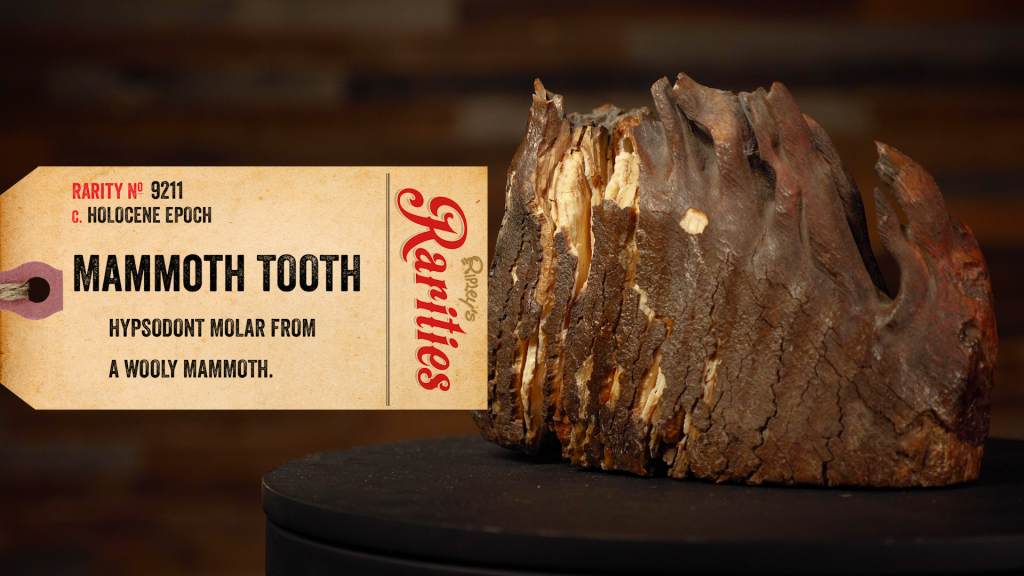