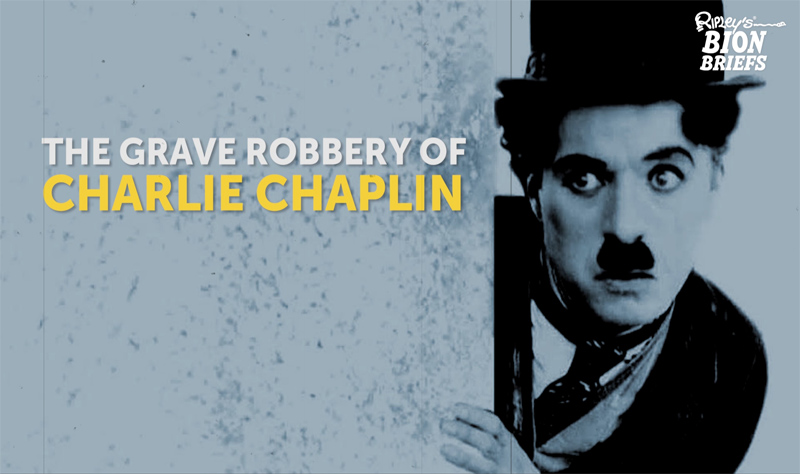 After receiving an eery phone call from the graverobbers, Chaplin’s wife, Oona, laughed at their demand of $750,000.

She said they could keep him for that much. Police, however, couldn’t let it go. They tapped over 200 phones in the area and eventually caught the crooks.

A pair of auto mechanics had stolen the body and lead police to Chaplin’s buried body in a corn field.

Watch the video to find out what happened!